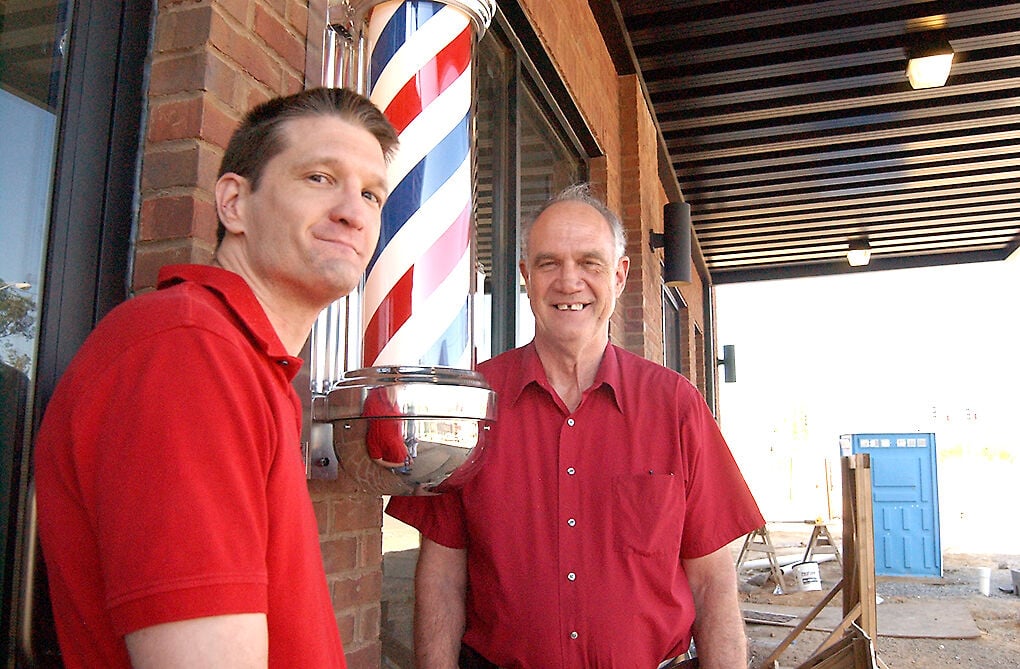 Bo and Scott Waldrep pose for a photo with the newly installed barber shop poll on April 6, 2012. 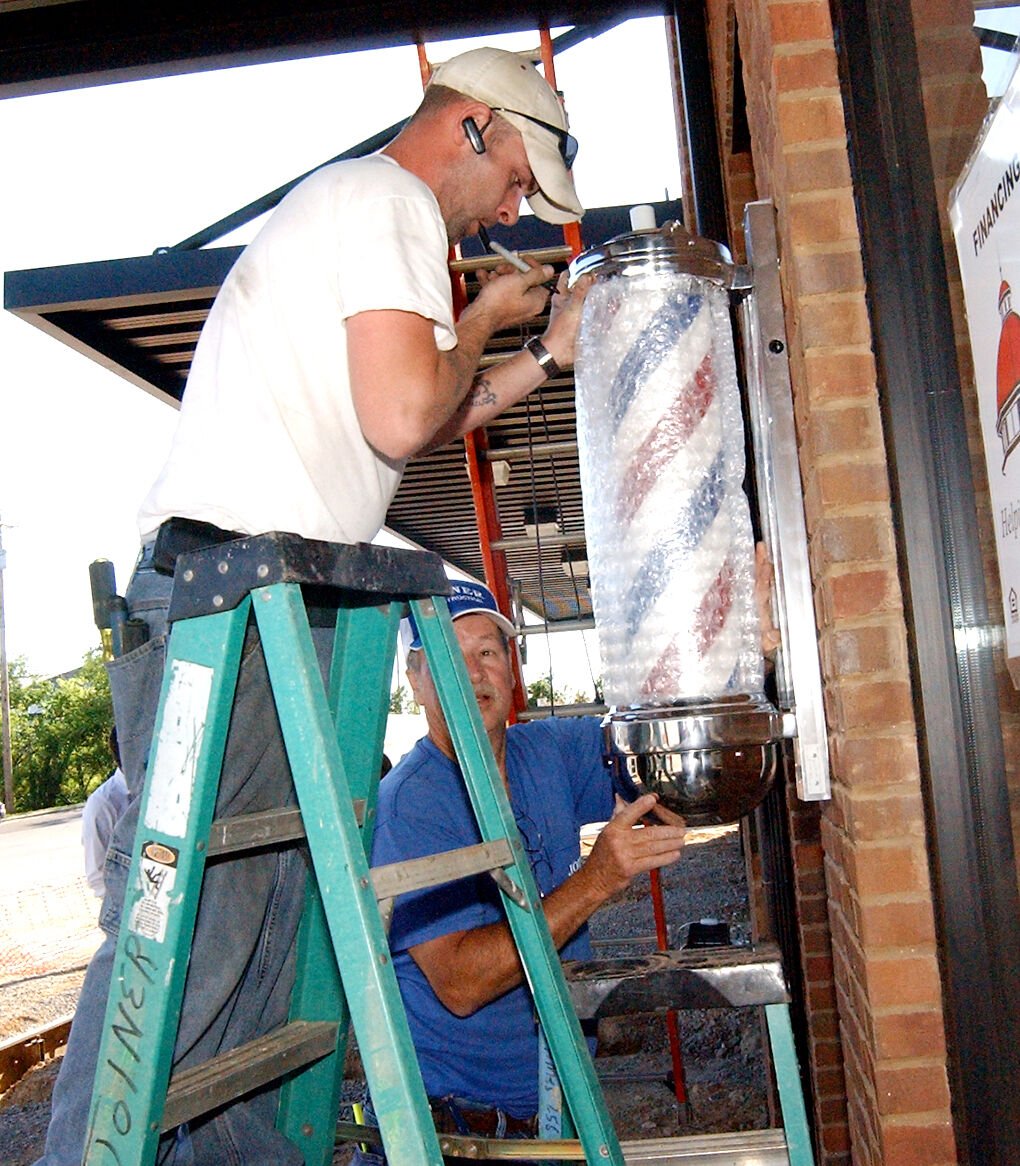 Almost a year after and EF4 tornado destroyed their business, the new barber shop poll is installed on April 6, 2012. 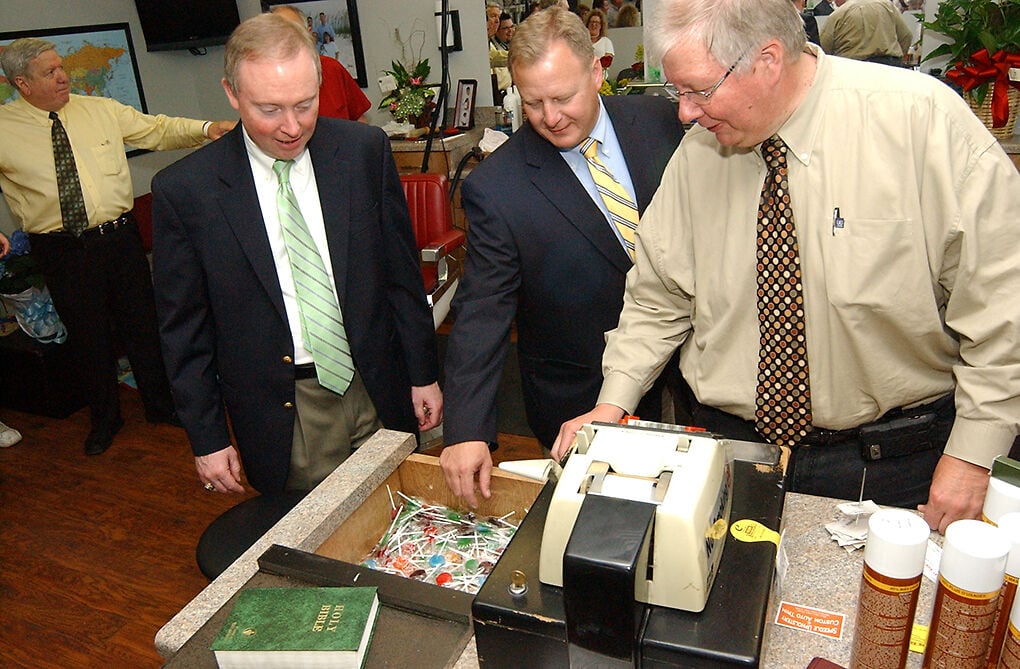 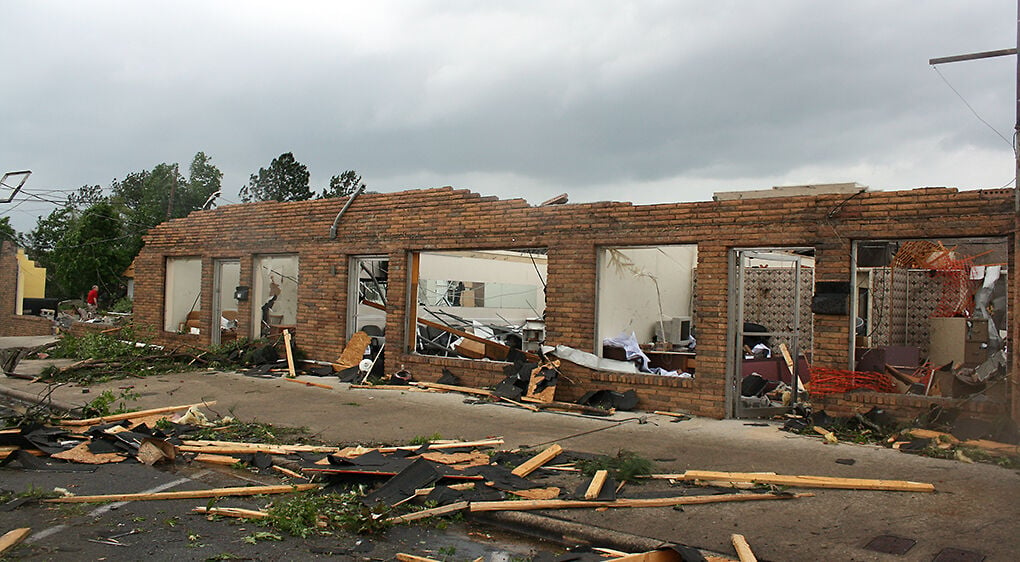 The Waldrep Bee Block is seen in 2011 after a tornado hit the block.

Bo and Scott Waldrep pose for a photo with the newly installed barber shop poll on April 6, 2012.

Almost a year after and EF4 tornado destroyed their business, the new barber shop poll is installed on April 6, 2012.

The Waldrep Bee Block is seen in 2011 after a tornado hit the block.

The morning of the April 27 tornado, Judy and Bo Waldrep celebrated a milestone. They’d just paid off their home mortgage and were debt free.

By the end of the day, their East Side Barber Shop would be gone. A week later, they would discover their insurance only covered the depreciated value of their 1962 building. Now, 10 years later, the Waldreps are paying off two mortgages needed to rebuild the business.

Still, says Judy, they are blessed. “We had a lot of trauma, but we lived and I’m so grateful for that.”

The lesson they learned that day - read the declaration page for your insurance coverage and be sure it covers the actual cash value and replacement cost value of your home or business - is one the couple shares with customers and friends. It’s also helped them later when the home they lived in was hit by lightening and hail, and Judy’s childhood home was badly damaged by a fallen tree in another tornado. Because they’d learned their lesson from the April 27 tornado, they’d changed their insurance policies. In each case, they only paid a $1,000 deductible, with insurance covering the rest of the repairs.

It was a hard-earned lesson.

Judy said her son, Scott, had been warning his parents and barber shop customers all week about the bad weather coming. He reminded them again on April 26.

“We took his word for it and tried to be weather aware,” she said.

The barber shop was the only business with a television and on the morning of April 27, Scott was paying attention to the weather reports. When he saw that a super cell was headed their way, he told Bo they had to get the customers out of the store.

“It was a sunny day,” said Judy. “You couldn’t have told that anything was going to happen.”

But Bo listened to Scott and they ushered the customers out. Then Scott went to the other businesses and warned people to leave. All but seven people on the block left.

One of the people who stayed was Kitty Spears, co-owner of the Busy Bee Cafe. Despite their pleas for her to go with them to take shelter, she stayed.

“She was making tea,” said Judy. “She told them she would have tea for them when they came back. She fulfilled her promise the day she reopened the Busy Bee. But it took a year.”

Scott and Bo reached the city parking deck with just minutes to spare.

The tornado roared over the railroad crossing as an EF4. Then it sat down on the Busy Bee. Next, it dropped down onto the barber shop. Within 30 seconds, the building that Bo had worked at since 1966 and the couple had owned since 1970 was gone.

When the tornado passed, Bo and Scott knew they had to go back for the seven people left behind on east 5th Street.

“They really didn’t know where to go or what to do,” said Judy. “The damage was everywhere.”

The men ran to the courthouse - where Judy was hunkered down in the basement with other courthouse employees - and flagged down some deputies. They very carefully picked their way through downed power lines and debris to make it back to 5th Street SE.

“They could hear Miss Kitty screaming,” said Judy. Spears was badly injured. Further down the street, three people were rescued from the State Farm office, where they’d sought refuge in the bathroom. The roof of the building was gone. At Cullman Florist, they found three more people, one of whom had also suffered serious injuries.

“It was traumatic,” said Judy. “But thank God nobody died on 5th Street East that day. It’s a blessing.”

The Waldrep’s knew they were going to rebuild and Judy, who had worked in the District Attorney’s office for 38 years at that time, pushed the trauma aside and got to work with their plans, confident that the insurance premiums they’d paid over the years would cover the cost.

Instead, they discovered that their insurance would only pay $53,000, the depreciated value of the building.

“You can’t imagine how devastating it is to lose everything like that and think you’ve got insurance,” said Judy.

“They had already cleared the lot and laid the foundation,” she said. “We were committed, just assuming we had the money.”

The couple didn’t know what to do. They called Dale Greer at Cullman Economic Development, who told them about loans available through the North Central Alabama Regional Council of Governments (NARCOG).

“If it hadn’t been for Economic Development, we would not have known about NARCOG,” said Judy. “We are just so thankful.”

The loan did not cover the entire cost of rebuilding in the historic district, however. “We had to mortgage the house we’d just paid off,” said Judy.

The Waldreps are still paying off the loans required to rebuild the business. But it was important to them to get the barber shop reopened. They held their grand re-opening on April 25, 2012. The Busy Bee re-opened two days later, on the anniversary of the tornado.

For a long time, said Judy, they were the lone businesses on 5th St. SE. “We just sat in there by ourselves. It was pitiful,” she laughs.

Eventually, a few others rebuilt. But holes still exist in what was once a strip of businesses on the block. Judy says those vacant lots aren’t the only remnants of the devastating storm.

“There were a lot of untold stories of trauma on 5th Street that day,” she said. They were part of a bigger story of fear and loss that happened in Cullman County on April 27, 2011, she added. “There were just too many stories that day.”