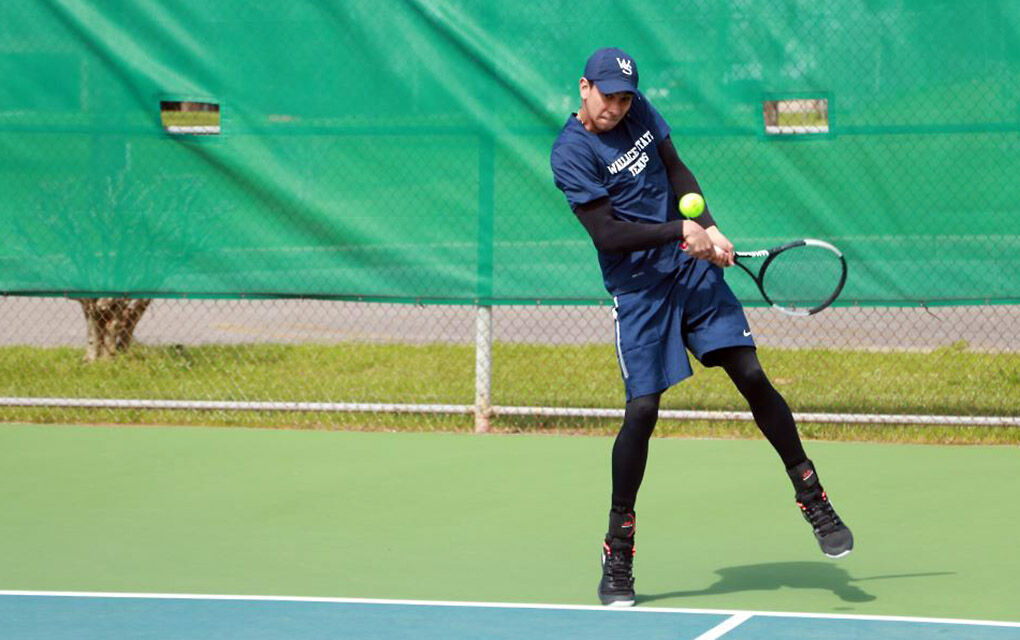 Men’s tennis star sophomore Sebastian Arce, among the many students on campus of Hispanic or Latino descent, is perhaps the one who’s traveled the farthest to attend Wallace State. 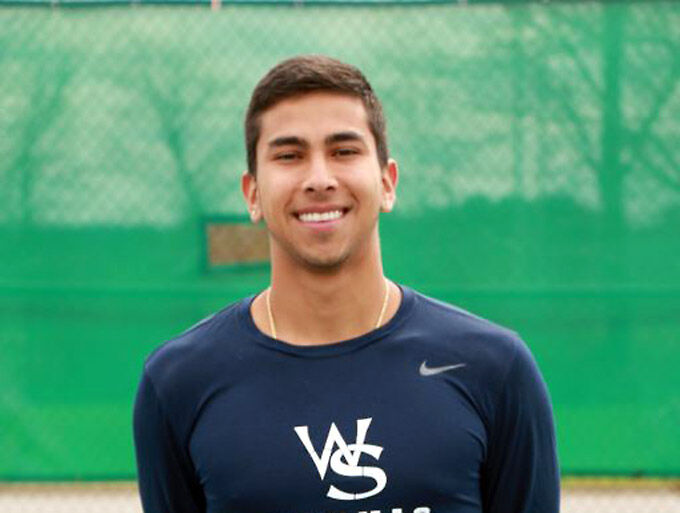 Men’s tennis star sophomore Sebastian Arce, among the many students on campus of Hispanic or Latino descent, is perhaps the one who’s traveled the farthest to attend Wallace State.

Wallace State Community College is recognizing National Hispanic Heritage Month through Oct. 15. Men’s tennis star sophomore Sebastian Arce, among the many students on campus of Hispanic or Latino descent, is perhaps the one who’s traveled the farthest to attend Wallace State.

Arce, who is originally from Cali, Colombia, has left a tremendous impact on the Wallace State men’s tennis team. He was ranked No. 7 in the country going into the spring season cut short by the pandemic and was named an Intercollegiate Tennis Association (ITA) NJCAA 1st-team All-American for men’s singles in May. Arce was the Alabama Community College Conference (ACCC) Player of the Year as a freshman, serving as the Lions’ No. 1 singles’ player throughout his collegiate career.

Arce’s love for tennis brought him to the United States as early as 14 years old. Before arriving at Wallace State, he also lived in Tampa and Boston, scattered around finishing high school in Colombia.

Though he hasn’t had a chance to return home to visit his parents in Colombia since the pandemic, Arce carries his Colombian heritage proudly, no matter where tennis takes him.

“Traditions are important in Colombia. We celebrate big, whether it’s Christmas or birthdays or any event. We love to dance, especially the salsa, and we’re a country made up of hard workers," Arce said.

In Colombia, his father is a dentist and he taught his parents tennis, which they now play almost as avidly as he does.

"People enjoy life and want the best for their families,” Arce said. “I think coming from a culture of hard workers has served me well in the United States.”

Arce’s hometown of Cali has a population of 2.28 million, comparable in size to Chicago in the United States.

In recent years, Colombia has emerged as a tourist destination.

"It's a beautiful place. People don't want to leave Colombia after they visit," Arce said.

Arce speaks both Spanish and English and has embraced opportunities to help Wallace State classmates and teammates better understand Spanish when asked.

"I love any chance I can to help people understand my culture and language better,” Arce said.

Arce will transfer to Grand Valley State University (Michigan) in January to continue his tennis career, closing his time at Wallace State.

“I’ve loved everywhere I’ve lived in the United States so far and Wallace State will always be home. It’s a huge family, and everyone here --- from students to faculty and staff --- has made me feel welcome,” Arce said. “I’ll miss the people, my teammates and the fried food.”