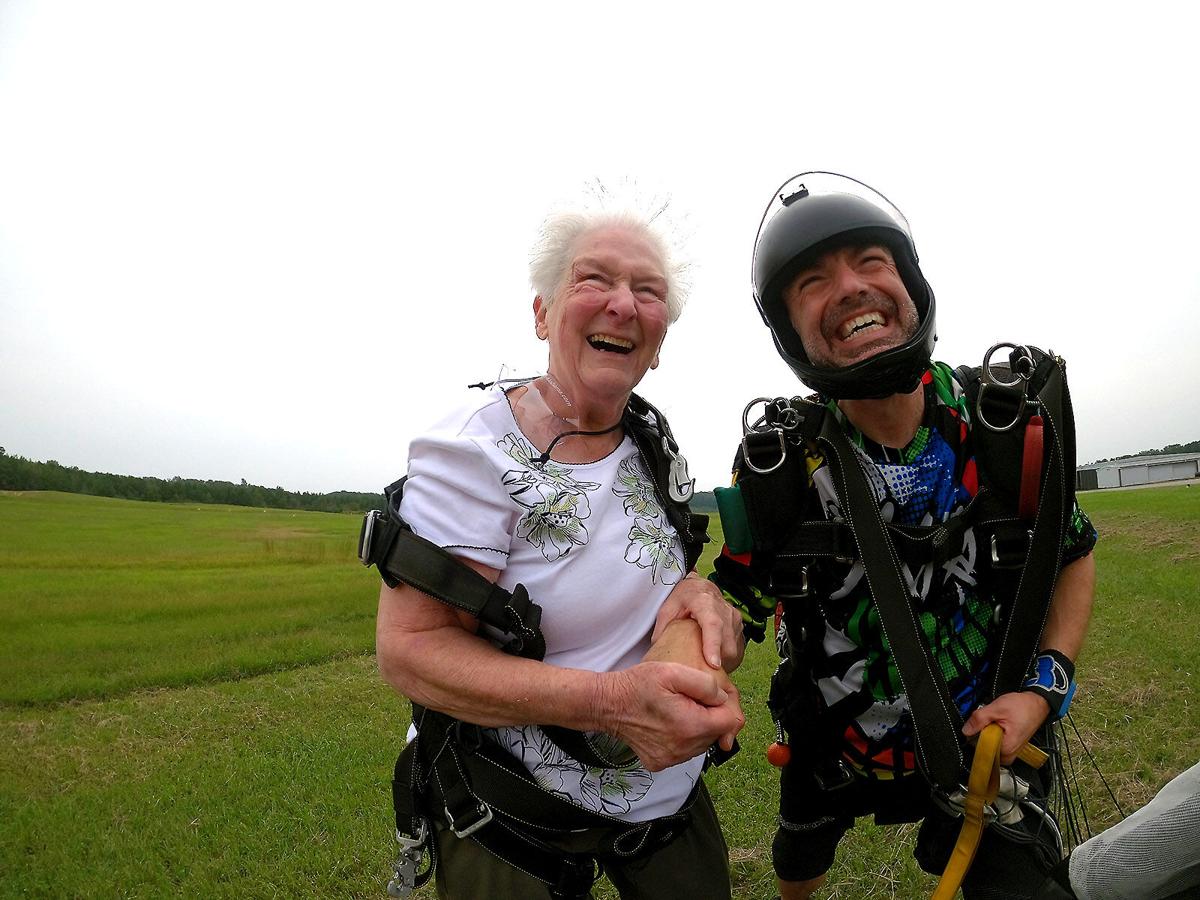 Sue Westerfield is all smiles after her jump. 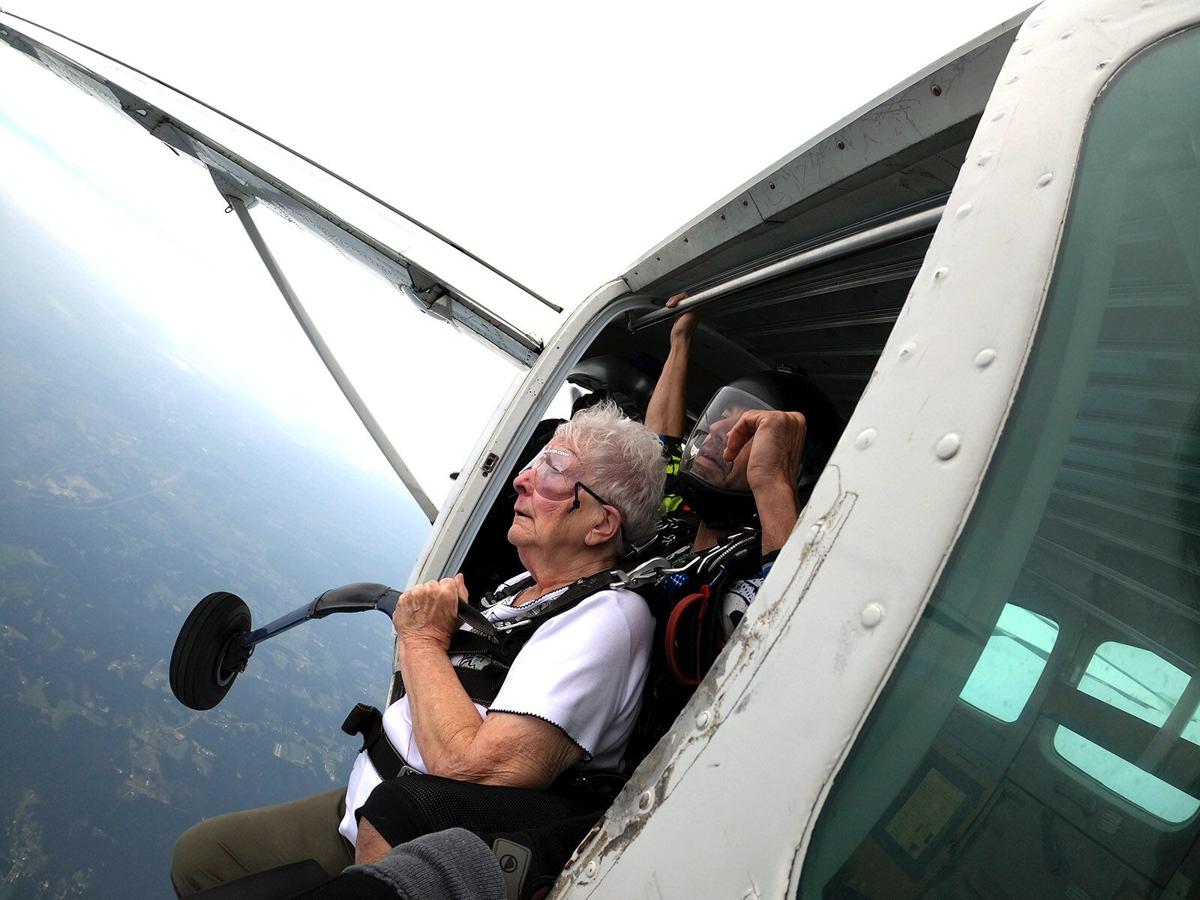 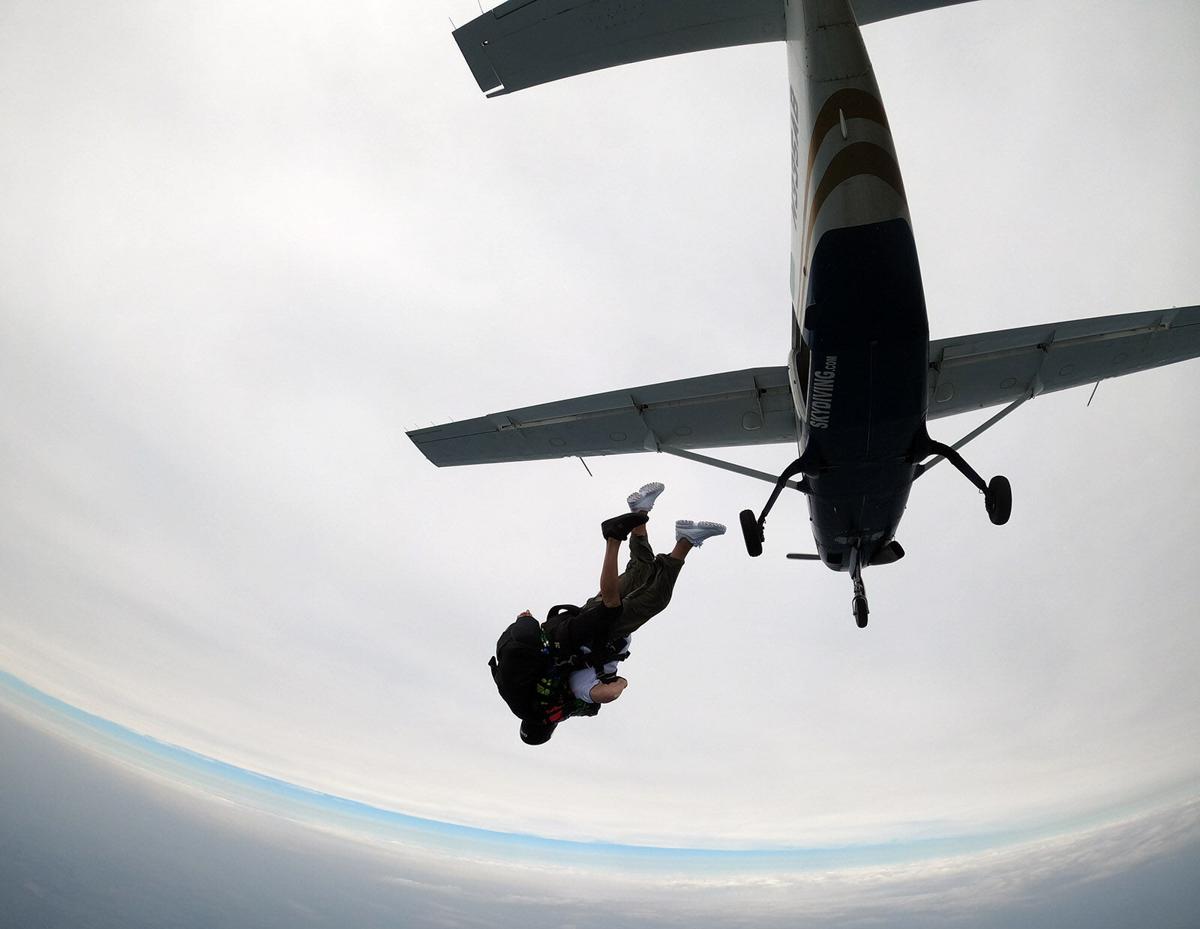 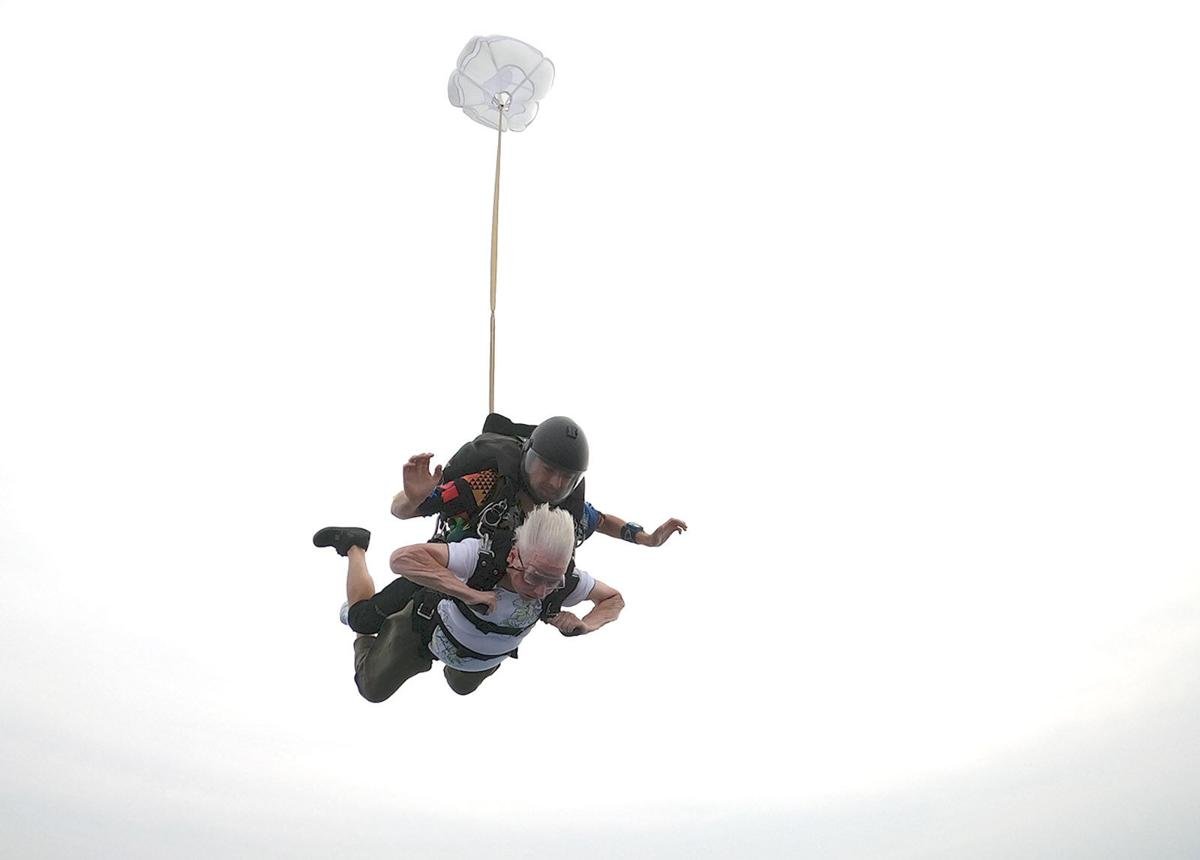 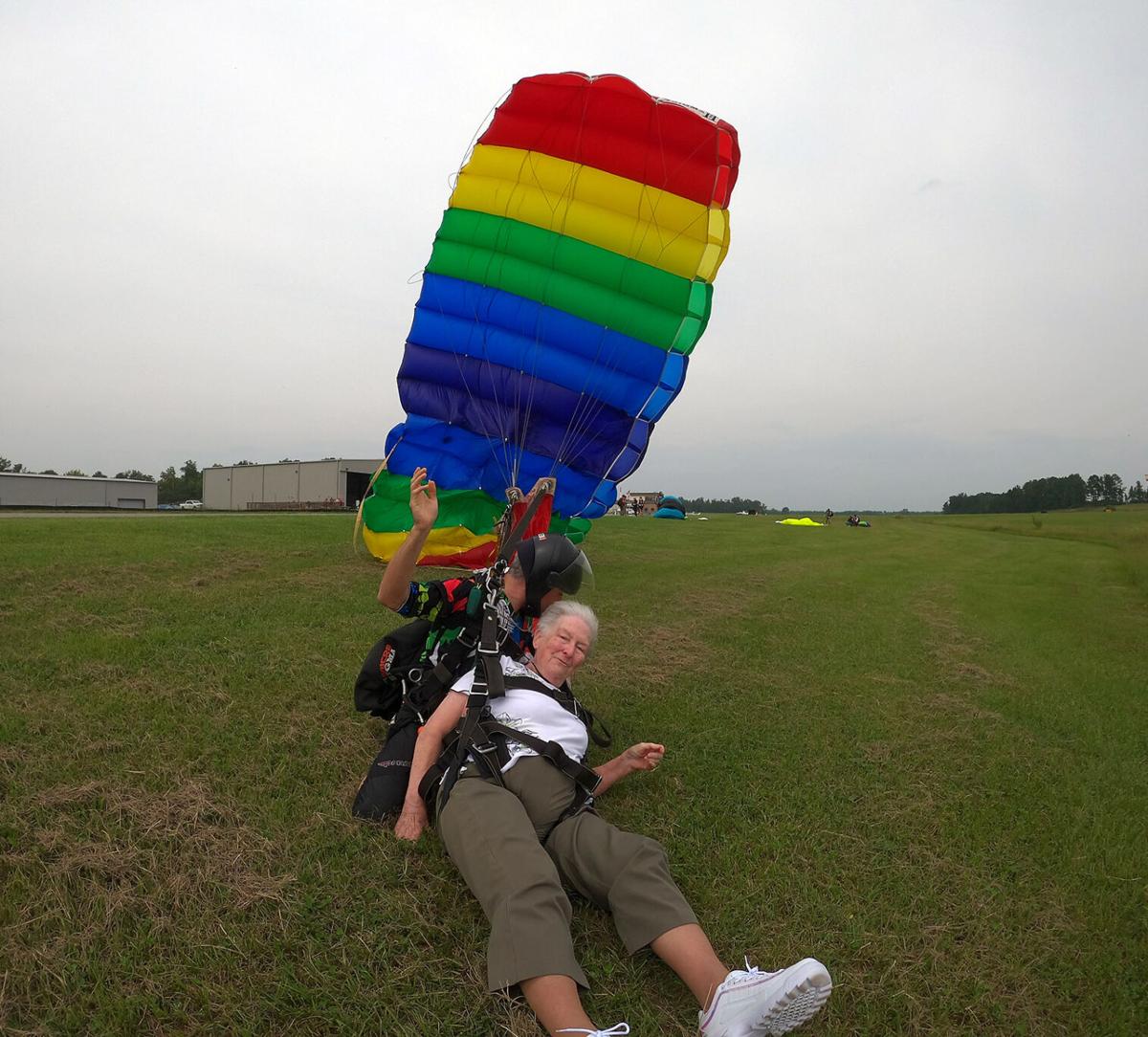 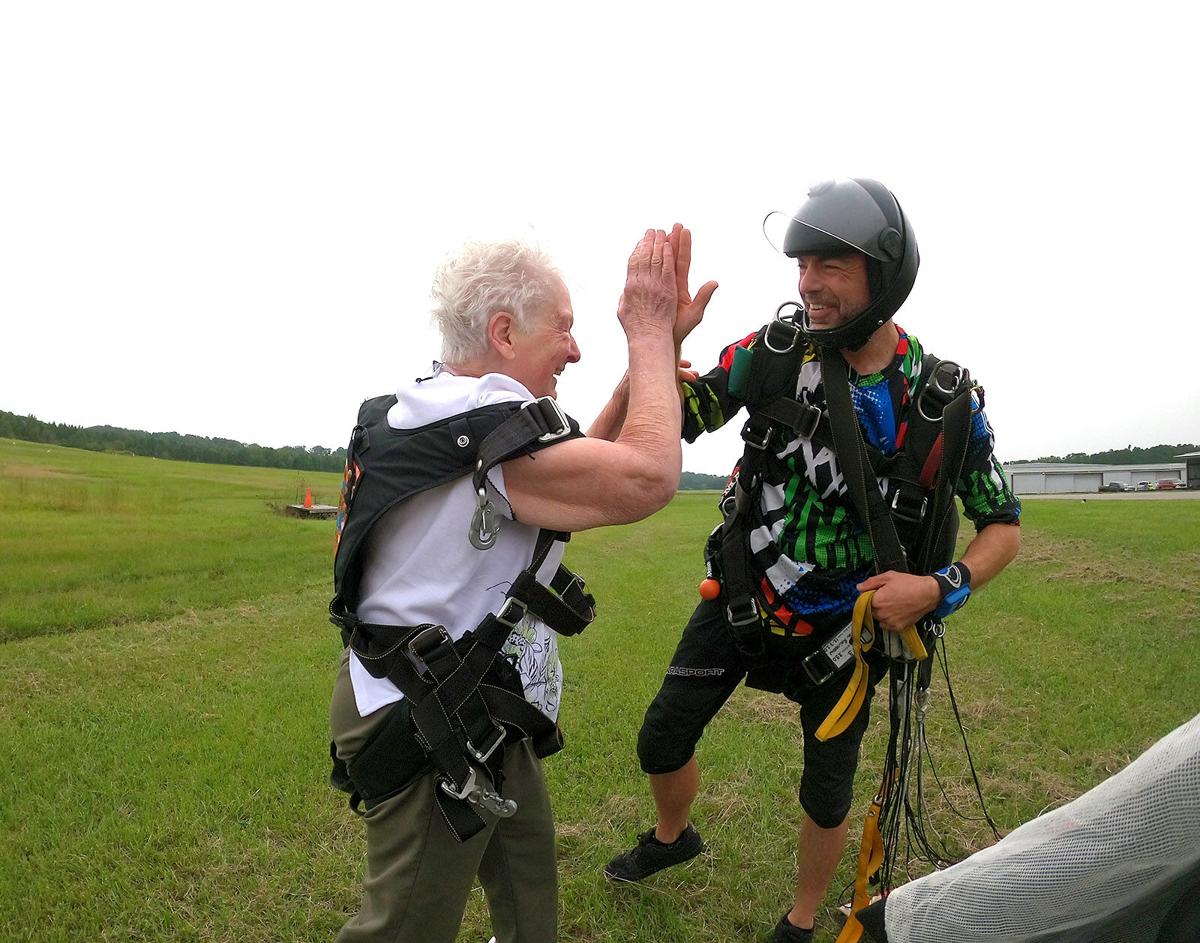 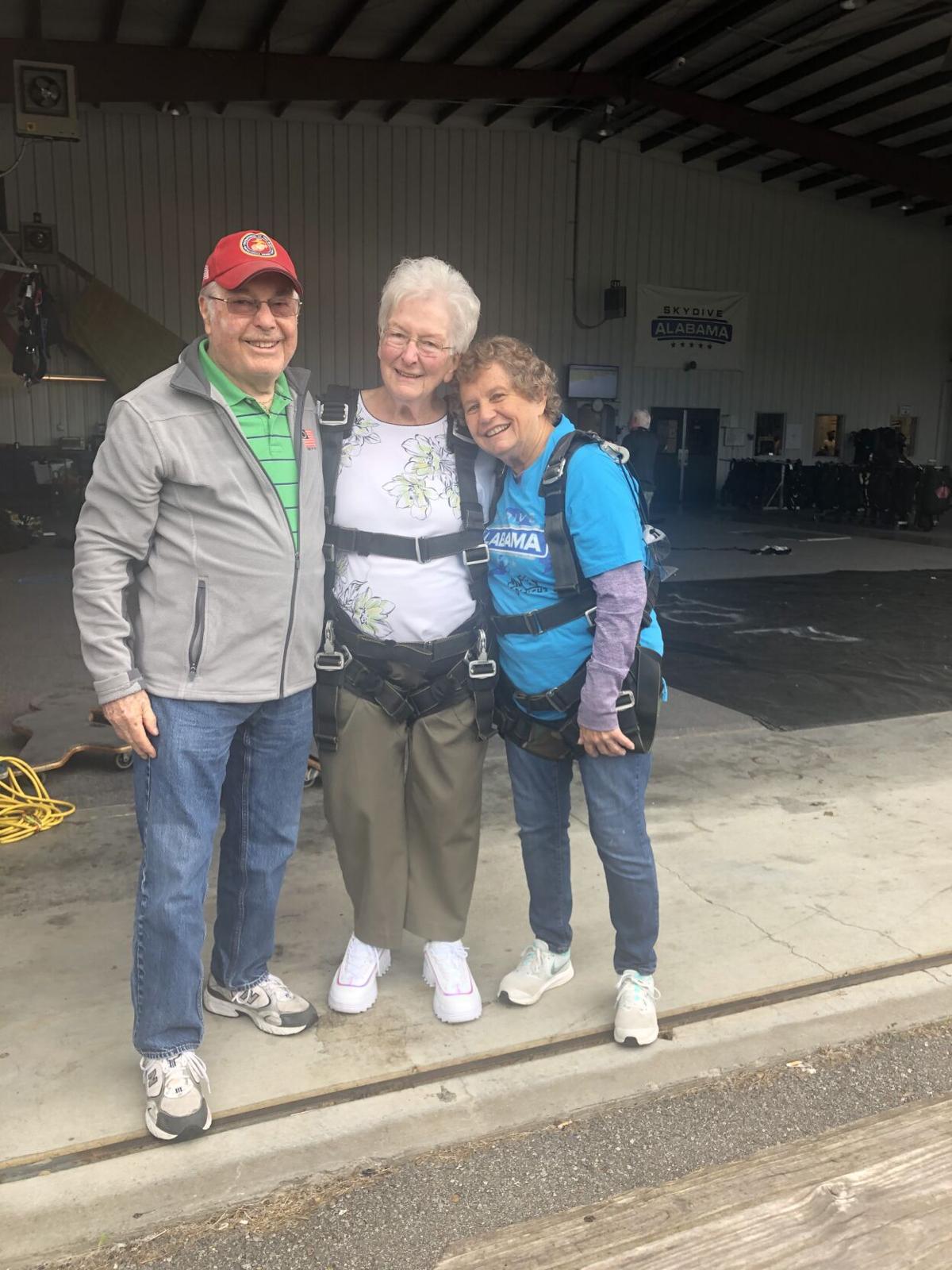 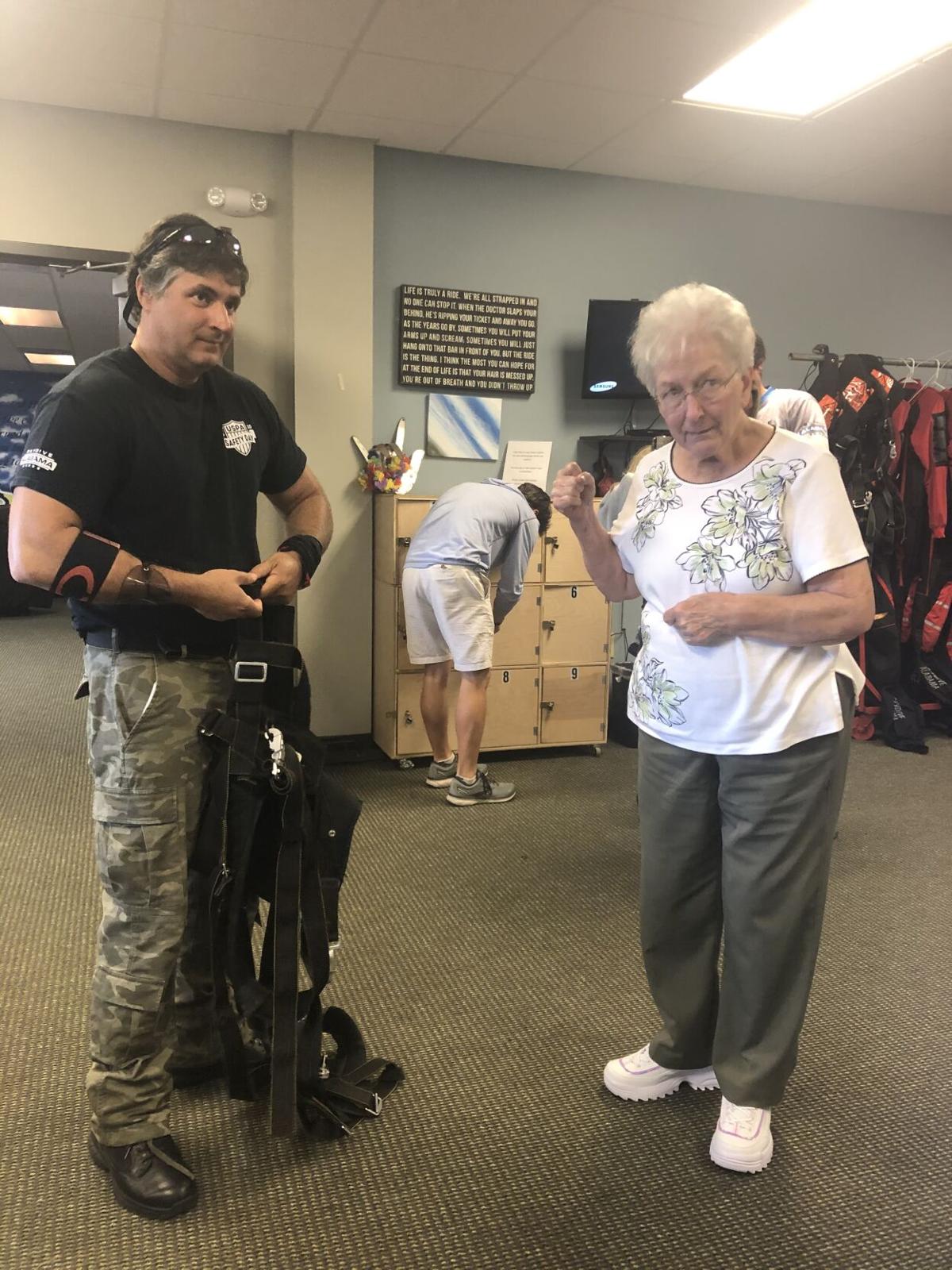 Sue Westerfield is all smiles after her jump.

Sue Westerfield's family loves her. They really do. So when they gifted her with a certificate to go skydiving on her 80th birthday, it was not some nefarious plan to send "Grandma" - as all the grandkids and great-grandkids call her - literally sky high and plummeting back to Earth from some 14,000 feet. It was the fulfillment of a wish Westerfield had mentioned several times to her children.

"My son [John] is a pilot and I'd come out here [Cullman Regional Airport] and we'd have lunch and I would see the skydivers," said Westerfield. "I'd say 'that looks like something fun to do.'"

While Westerfield said the wish was articulated in just the past 18 months, daughter Sherry Frost said she can remember her mom's interest in skydiving going back to childhood.

"Ever since we were little in Anderson, Indiana, we'd pack a picnic lunch and go out to the airport and watch the skydivers. She'd say, 'that looks like fun,'" said Frost.

Daughter Debbie McNatt also took notice of her mother's interest in skydiving. When St. Paul's School held an auction as a fundraiser, Debbie, seated behind her mother, bid on the gift certificate from SkyDive Alabama, a company that's been taking people on skydiving adventures for 20 years. Westerfield was unaware of her daughter's bids and nonchalant about the results when Debbie told her she'd been successful in winning the bid. "She said, 'I wondered who won that,'" said Debbie. "I told her she could do it or not, it was up to her."

On Saturday morning, as Westerfield and her friends and family waited for the jump, the 80-year-old St. Paul's Church secretary retained that same nonchalance. "It seemed like something fun to do," she said, adding that she does not keep a "bucket list" of things to do in her life.

Her whole family, including Westerfield's brother Charles Myers and his wife Laura, who came in from Indianapolis, were there to support her. Charles, 88, said his sister wasn't an adventurous soul, but, "She is stubborn. I think she's a little nuts for doing this, but I'm proud of her," he said. "I'm a Marine and I still won't do it."

Beside her was church friend Lois Dunkle, who had made the jump last year for the first time. "I came to do the jump with her," she said. "It's just wonderful."

Although they were scheduled to go up around 8:30 a.m., "hurry up and wait" became the order of the day, as they waited for low clouds to burn off. The delay took out Dunkle who had other obligations and had to reschedule her jump.

As they waited, family members talked about what makes Westerfield so special. They mentioned that she still works full-time at the church and part-time at the city cemetery; her interest in genealogy; her church sponsoring a Vietnamese family that fled by boat from their country and the on-going friendship that ensued; her two-week trip to Israel last year; a youtube video, "Cullman snowday," showing then 76-year-old Westerfield enjoying a rare snow day with her children and grandchildren. It is that video, they said, that really gets to the heart of Westerfield: her love of her family and her dedication to the younger generations.

Finally, around 1:30 p.m., Westerfield and the other tandem jumpers got the call.

Strapping up with the assistance of instructors Tuco Fazio and Nick Raines, whom Westerfield would do the tandem jump with, she laughed about the dream she'd had the previous night in which she'd pondered wardrobe choices for the jump. "I was wondering what I'd wear," she said. "And I decided to wear my bathing suit."

Cheered on by mostly nervous family members - daughter Debbie was not among the anxious, having noted, "It's safer than her driving down the interstate, I'm not worried at all," - Westerfield boarded the plane. She would be one of the first out but the last to land, giving her plenty of time to coast above Cullman and enjoy the experience.

The "jumpers away!" call came and Westerfield's friends and family scanned the sky, trying to discern which of the dots was their beloved grandma. One by one, the parachutes unfurled and they spotted the distinctive rainbow parachute Westerfield was flying under. The chute and its passengers floated across the sky, passing the sun and drawing closer to the ground.

As the other jumpers on the flight celebrated their return to Earth and gathered up the parachutes, Westerfield and Raines coasted in to the grassy patch between runways, to the cheers of supporters. Some, however, worried about her getting up. "She's 80, she's not going to just pop back up," one grandson reminded them to laughter.

Surrounded by her family once again in the hangar, Westerfield was still flying high. "It was great! It was just wonderful. We just floated. It's just, oh man, it was wonderful."