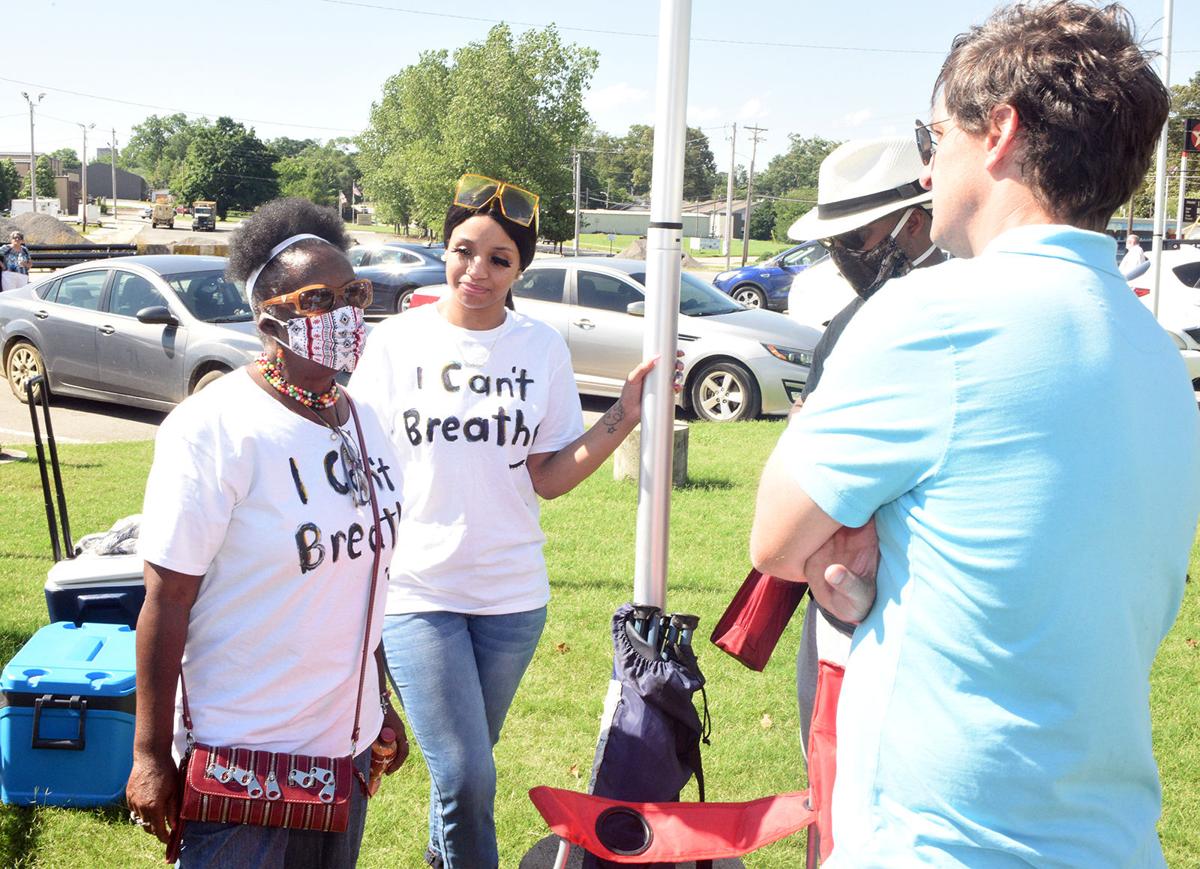 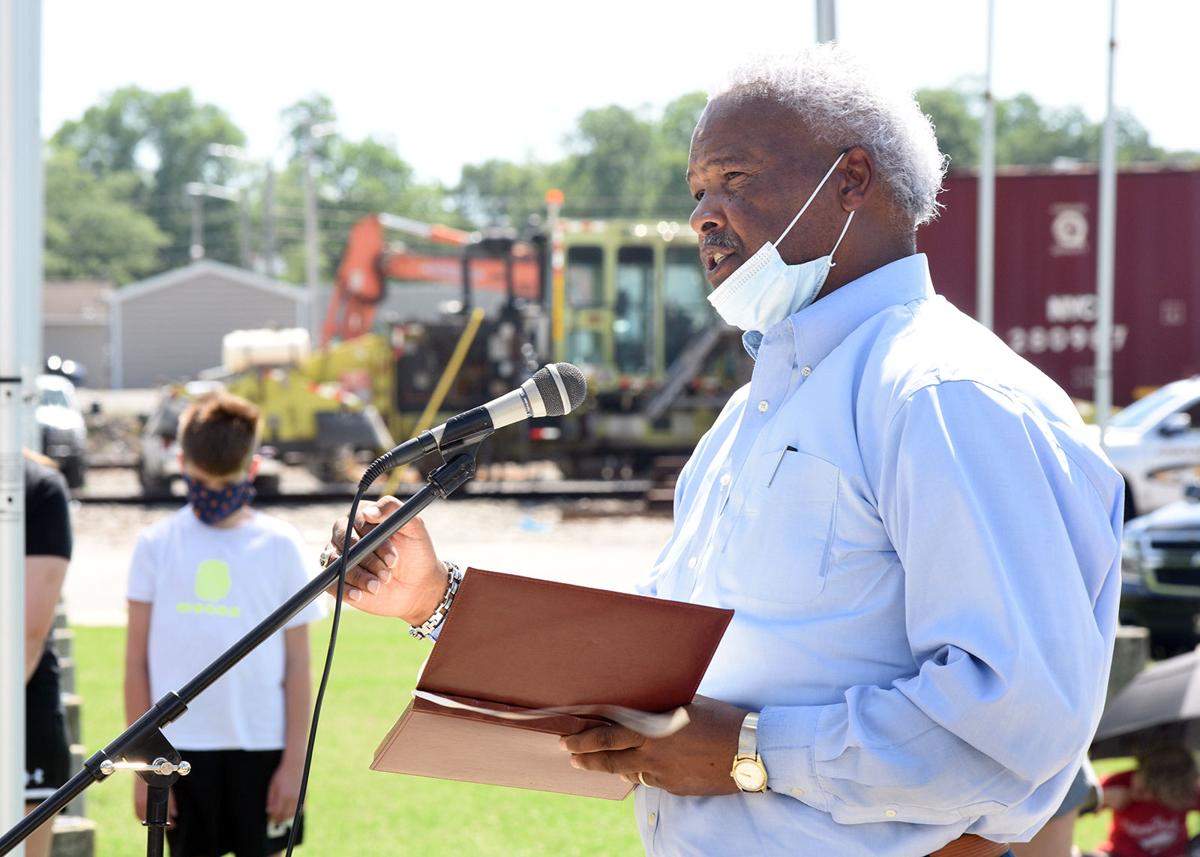 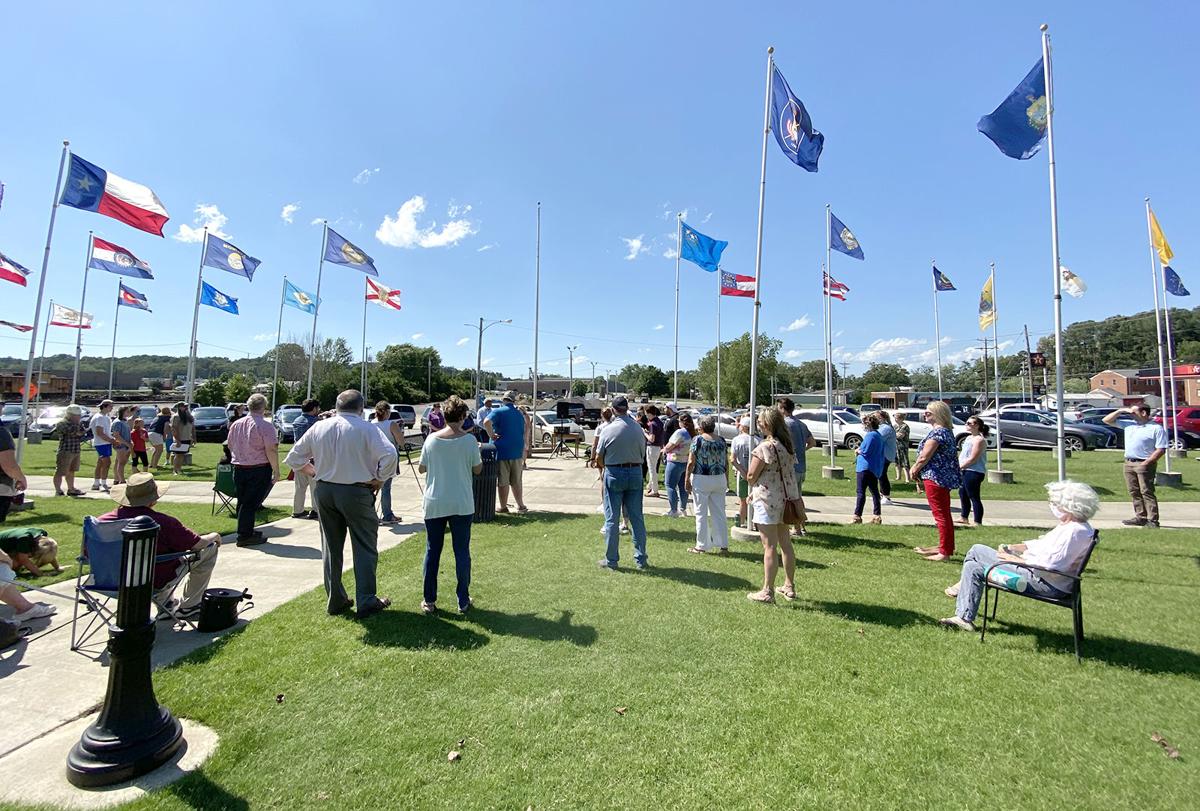 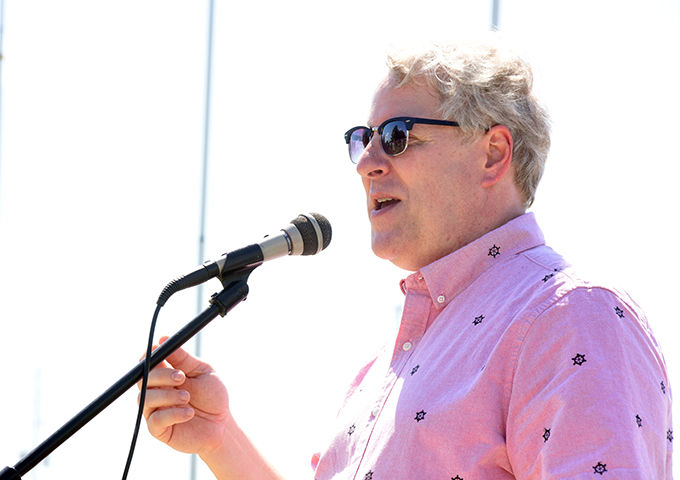 “I am tired of being silent. Silence is a sin, just as racism is a sin,” Pastor Steve West of Arab said. 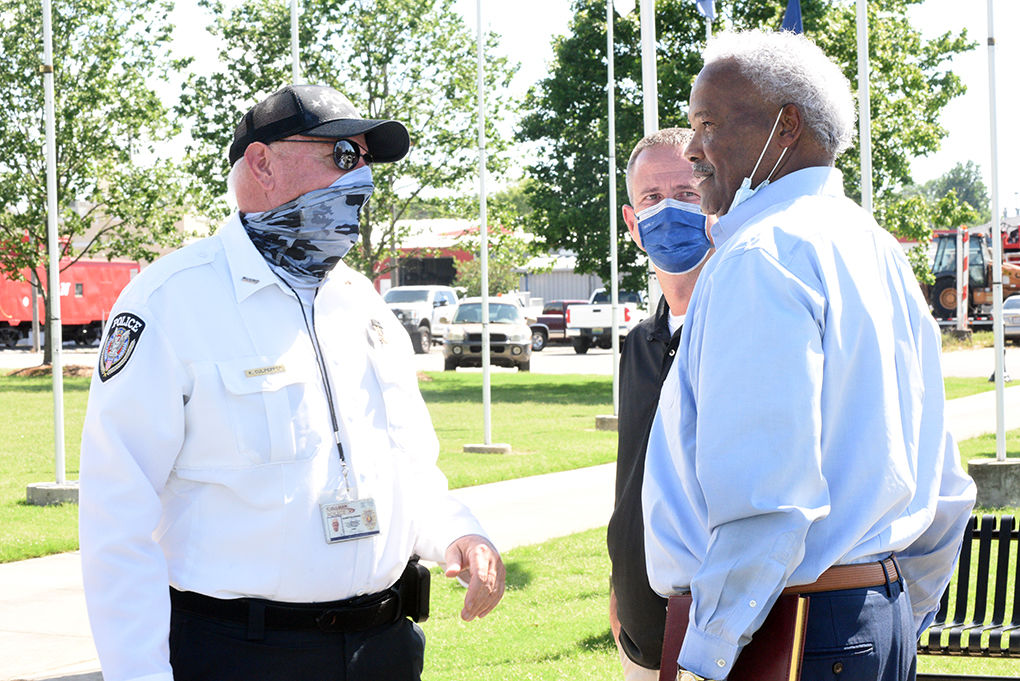 “I am tired of being silent. Silence is a sin, just as racism is a sin,” Pastor Steve West of Arab said.

More than 60 people gathered in Depot Park Wednesday for a prayer vigil to end racial discrimination.

The event was organized by Amy Kampis, who said she’s never been one to take this kind of leadership role. “I felt like this was all God putting it on my heart,” she said.

Former State Representative and pastor James Fields led the event and thanked the people who have been coming out to demonstrate for the past week and the Cullman police department. “They have been so gracious to ensure that we are one,” said Fields. Police Chief Kenny Culpepper was among those in attendance.

Fields prayed for the lives lost and for law enforcement. “Touch their hearts and touch us,” he said.

“We are a desperate people in need of a savior, a people who need forgiveness,” said Fields. “We need a revelation of dignity that all lives matter. Black lives matter. Until we come to that realization that black lives matter in order for the wholeness of everyone to come together. That’s what brought us here.”

For Dominque Carter, it was concern for her three nephews, uncle and herself that brought her to the park. She noted that her uncle looks like George Floyd, the man killed by Minnesota police on May 25. “I worry about things like that happening to them,” she said. Carter said people make assumptions based on the color of their skin.

“Hopefully, this will change one day,” she added.

St. John’s Evangelical Church Pastor John Richter was among those praying for change. “In the 1960s Bob Dylan sang ‘the times they are a’changing,’ but sometimes when we look back, it feels like we are stuck in the cycle that Ecclesiastes talks about ‘there is nothing new under the sun.’ It is our hope, our prayer, that things are changing.”

Pastor Steve West of Arab said, “I am tired of being silent. Silence is a sin, just as racism is a sin.”

During the vigil, Fields asked participants to look at each other for four minutes and 23 seconds, half the time Minnesota officer Derek Chauvin held his knee to Floyd’s neck. “It seemed like an eternity, didn’t it?” Fields said when the time was up.

Fields said he participated in the vigil because, “God has really blessed us. I felt it was necessary to everyone know in God who we are and what we believe.”