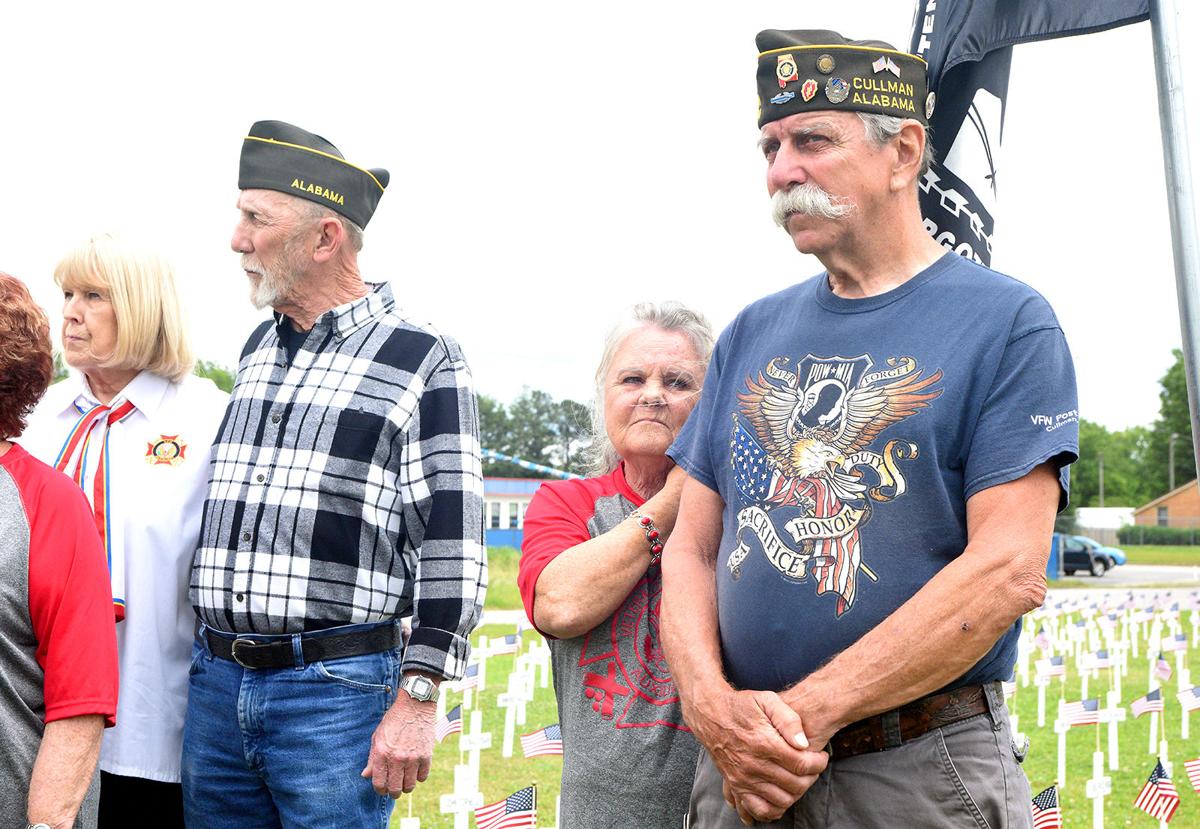 “I saw a lot of these guys come back under the flag, so it (the tribute) meant a lot to me,” said Vietnam veteran Rick Leigeber, right, with wife Carolyn and Veteran Ray Ainsworth and his wife Mary. 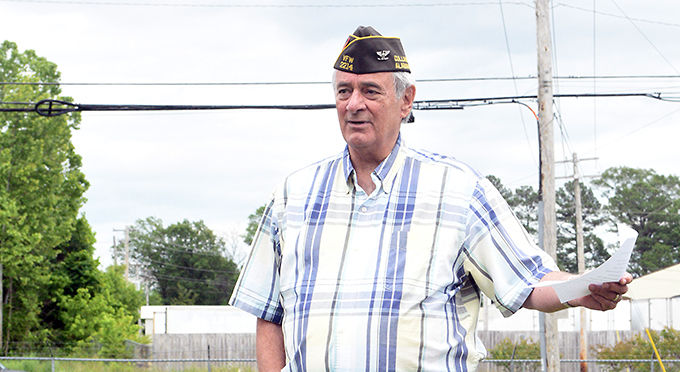 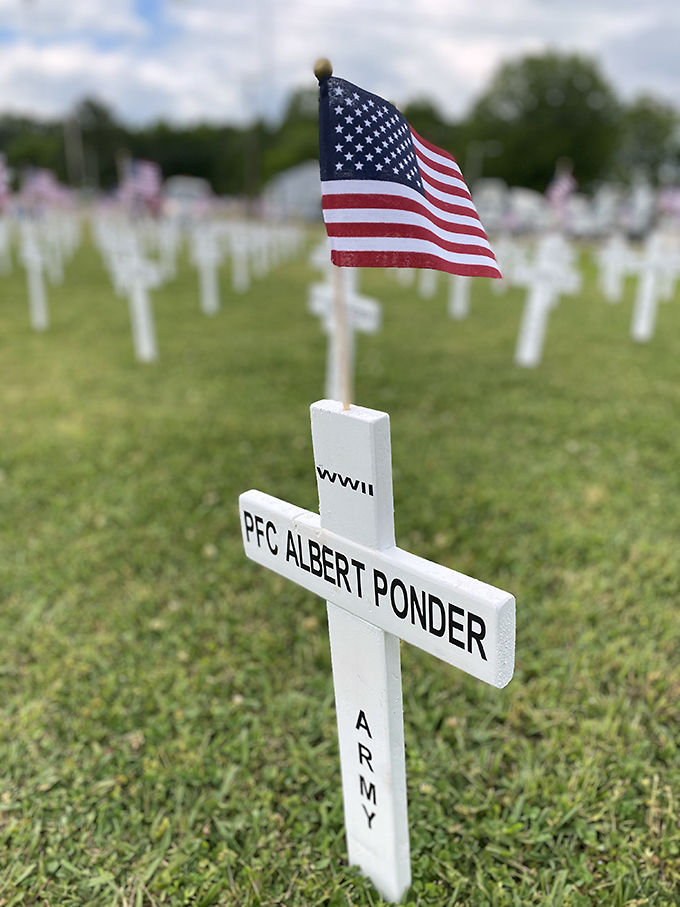 Crosses have been erected for Memorial Day.

“I saw a lot of these guys come back under the flag, so it (the tribute) meant a lot to me,” said Vietnam veteran Rick Leigeber, right, with wife Carolyn and Veteran Ray Ainsworth and his wife Mary.

Crosses have been erected for Memorial Day.

The Cullman County Veterans of Foreign Wars (VFW) started a week of remembrance with a display of 328 crosses and flags representing each Cullman County resident killed in action from World War I to present day. The flags and crosses - bearing the name of the deceased - are visible from Hwy 31, across from the entrance to Sportsman Lake Park.

The project was the idea of Vietnam veteran Rick Leigeber, who felt like displaying the crosses and flags in a prominent location would highlight the sacrifice made by the veterans.

“I hope this brings back what Memorial Day is all about,” he said. “Where it started, where it came from. This represents Memorial weekend, the fallen heroes.”

The project was important to Leigeber who noted, “I saw a lot of these guys come back under the flag, so it meant a lot to me.”

Marvin’s Building Supply donated the wood for the crosses, which were handmade by members of the VFW and post auxiliary, who also painted the names on them. The crosses will be on display for the next couple of weeks.

Col. Ken Brown said the VFW will continue the observation of Memorial Day on Thursday at 8:30 a.m. at the city cemetery, where they will place flags on the graves of more than 900 veterans from the Civil War through today.

On Friday, VFW member will decorate Hwy 31 through Cullman with 225 American Flags as a show of patriotism. “We do this each year for Memorial Day, July 4th, Labor Day and Veterans Day,” said Brown.

The annual Memorial Ceremony at the Pavilion at Veterans Park at Sportsman Lake will still take place, but Brown said it will be an abbreviated ceremony this year due to the coronavirus. Seating will not be available for the ceremony that’s expected to take 10-15 minutes and include prayer, remarks by the commander and the playing of Taps.

Also on Saturday, the VFW will be raising funds through its Poppy Drive. Members will be at both Cullman Warehouse Discount Grocery stores from 9 a.m. to 3 p.m. to raise money to assist local disadvantaged veterans and their families.

This year, the VFW and Saving Forgotten Warriors began sending veterans to Maryland for specialized treatment of PTSD. So far, they’ve sent 14 veterans at a cost of $1,200 each for treatment and travel. “All of them say it’s changed their lives,” said Brown.

He’s hoping the Buddy Poppy donations will help the VFW with cover some of those expenses and other ways the VFW helps veterans. “That’s a big expense we’ve had to incur,” he said.

“We encourage folks to drop by either WDG location or by the VFW Post and donate to this worthy cause,” he added.

Finally, on Saturday 250 Chick Fil A lunches will be available on a first-come-first-served basis for veterans and their spouses beginning at 11 a.m. The lunches were donated by Irv Jones, who is building 8-10 small cottage homes for veterans in the Crane Hill area of Cullman.

“The first of these homes will be complete in late September and will offer veterans suffering from PTSD and other service related disabilities a home of their own in a quiet, tranquil country setting,” said Brown.