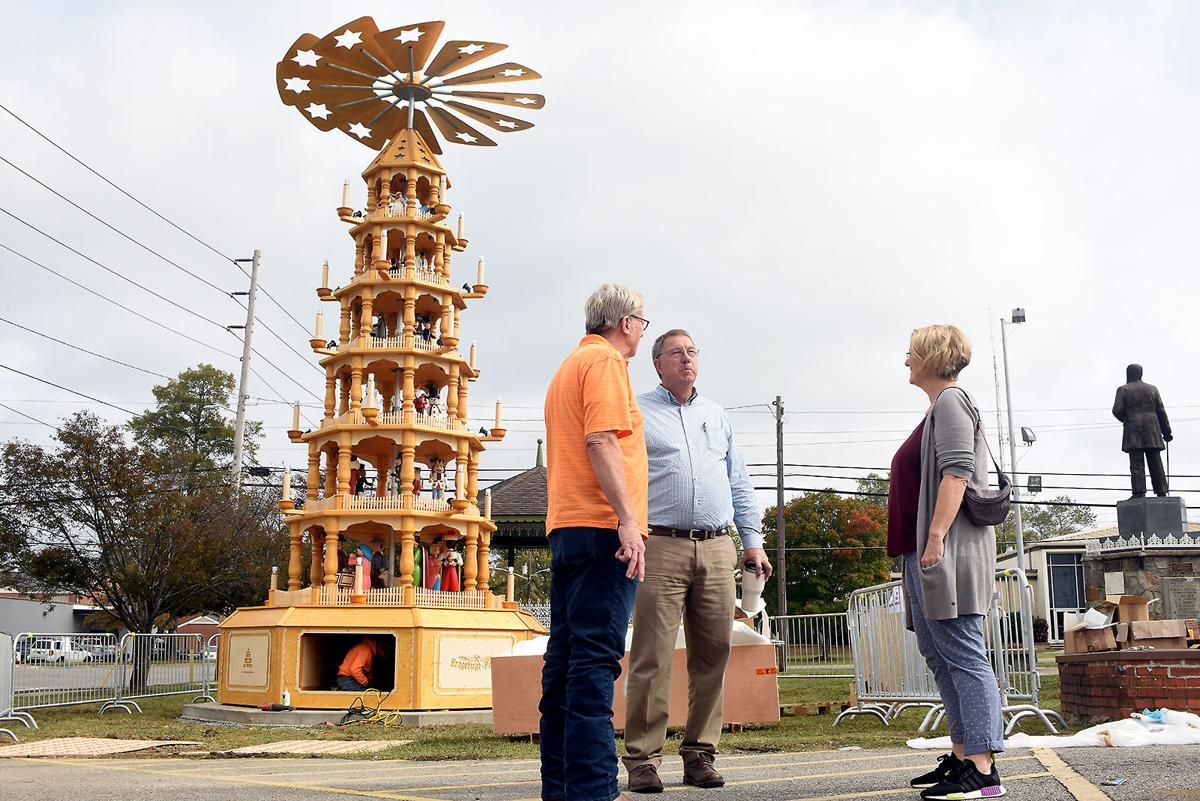 German visitors William Lowery, on left, and Claudia Lowery speak with Cullman Mayor Woody Jacobs as the city's Christmas pyramid is being assembled. 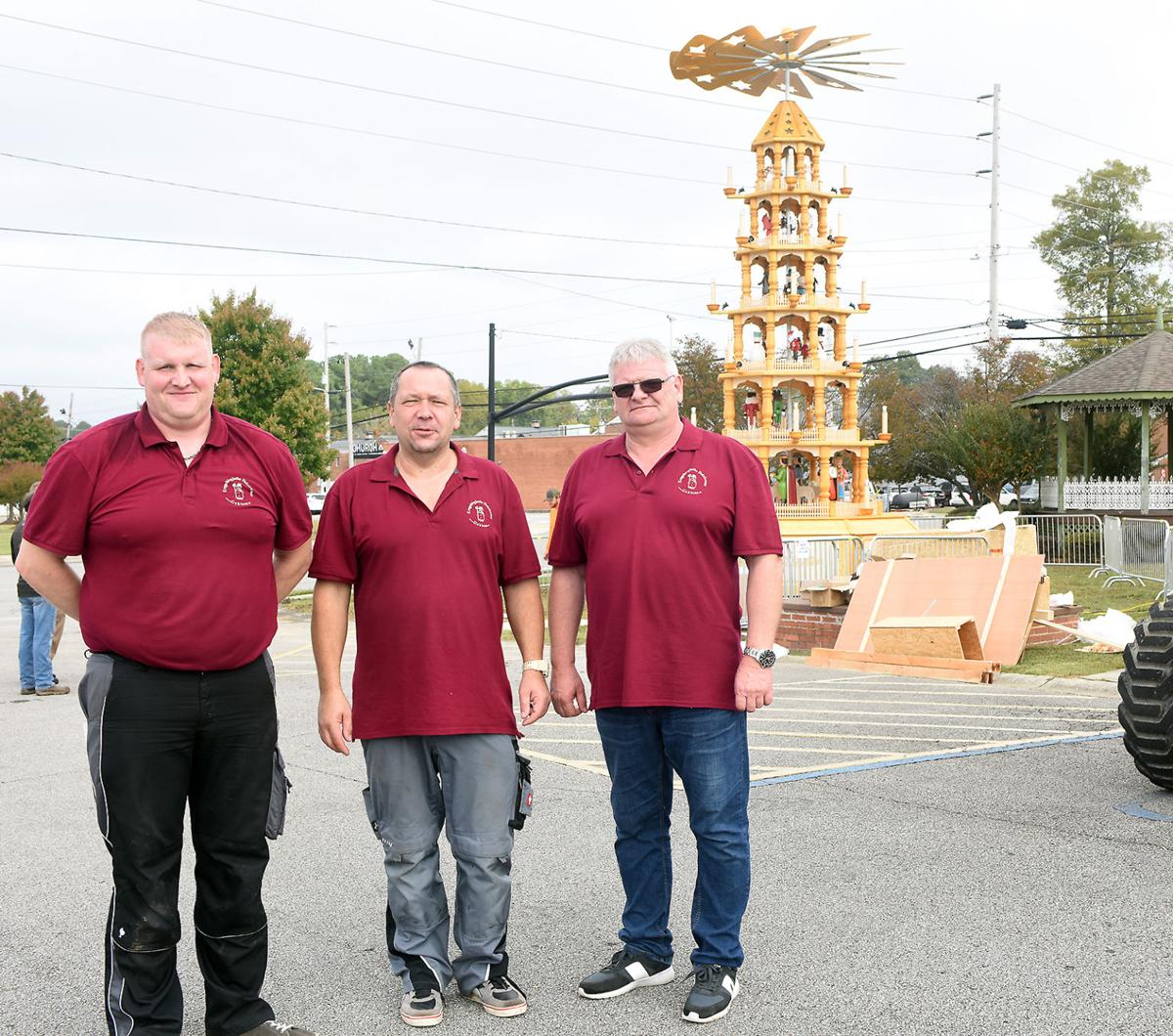 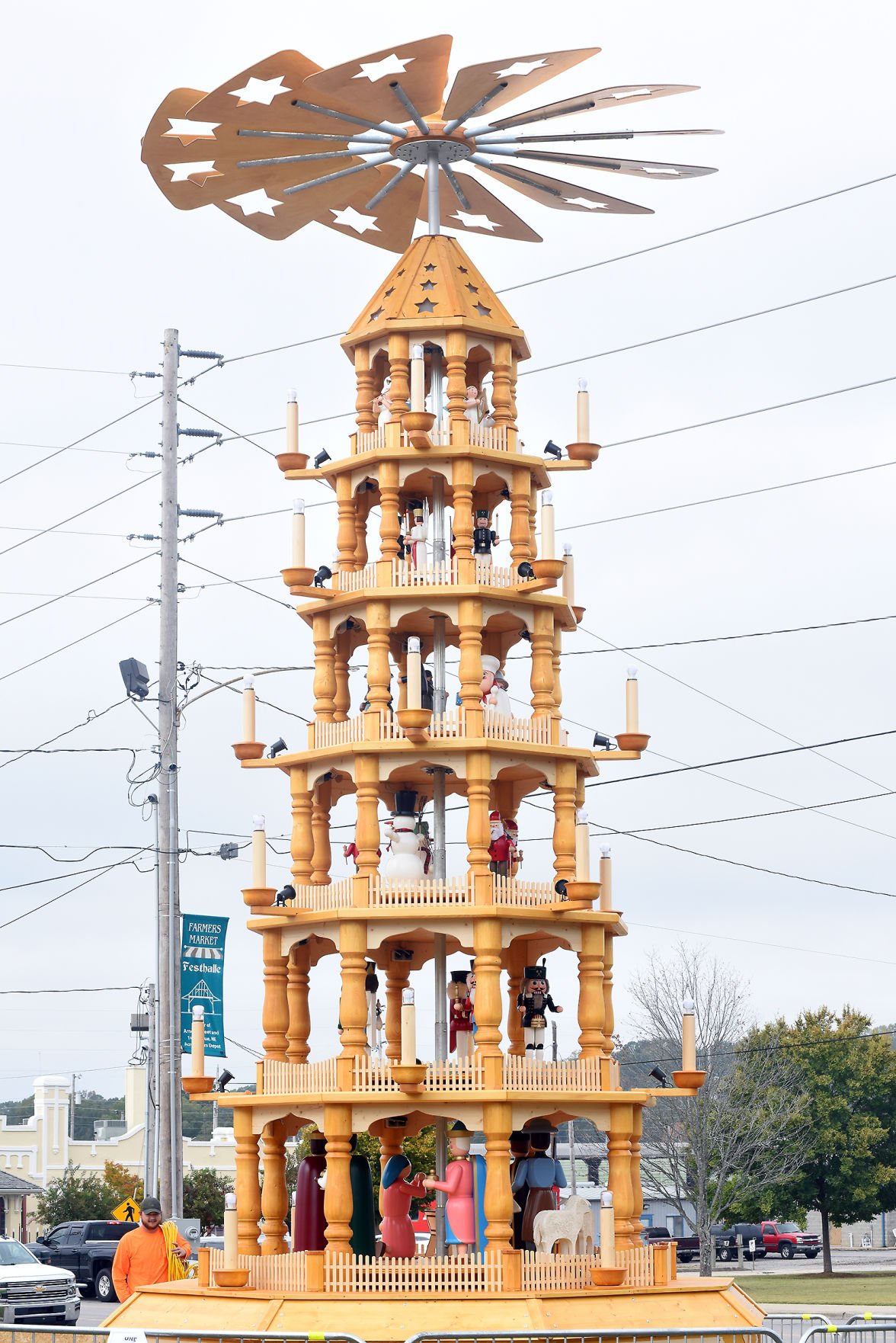 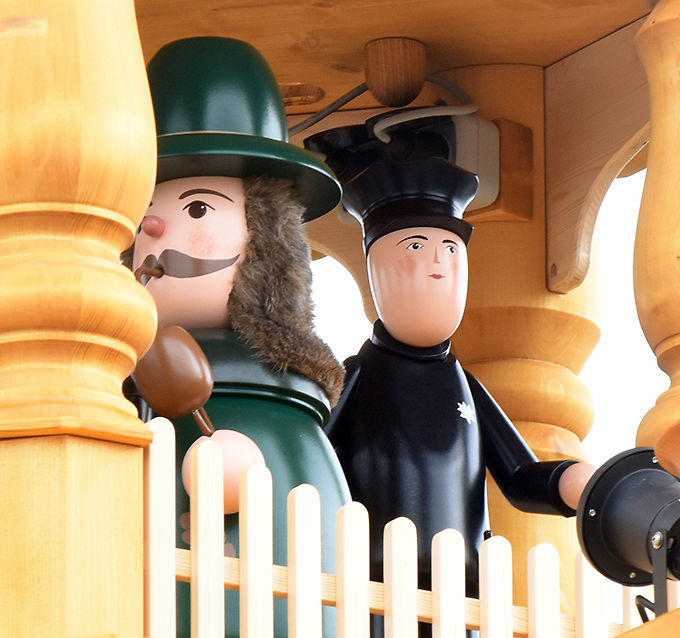 A Cullman Police Office, right, and a German immigrant. 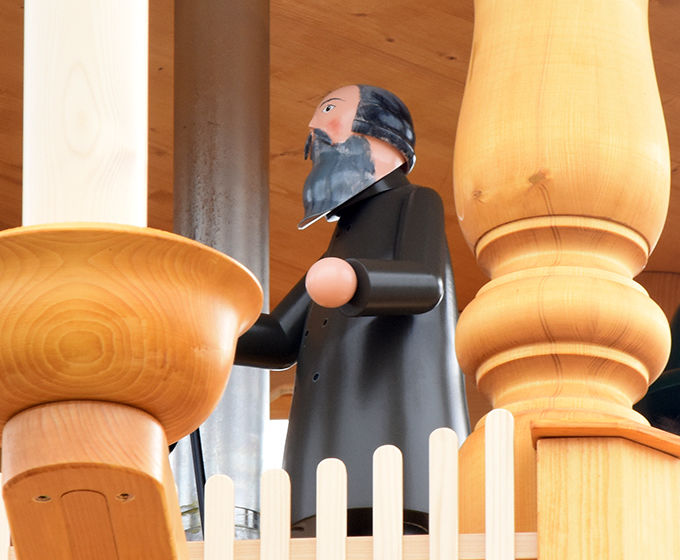 German visitors William Lowery, on left, and Claudia Lowery speak with Cullman Mayor Woody Jacobs as the city's Christmas pyramid is being assembled.

German company Erzgebirgische Holzkunst Gahlenz handmade the pyramid's intricate pieces and sent them on the nearly 10,000 mile journey to Cullman from the small village of Gahlenz. Three of the company's workers also made the trip to help erect the pyramid in its location next to the Cullman County Museum.

Carptenter Tobias Fritzsch said Cullman's pyramid is only the third one to be built in the United States, with the others being in Texas and Colorado.

Because there are so few of the pyramids outside of Germany, the people there are probably as excited about this pyramid as the people of Cullman are, and there were several newspaper articles written and a TV show made about Cullman's pyramid as it was under construction, he said.

"The people are very interested," he said. "They are happy that we can bring it to another continent."

The pyramid has six tiers, with most of the tiers having traditional Christmas imagery like the nativity, nutcrackers and Santa Claus, but Cullman's pyramid also has a few specially crafted figures. On the second tier from the top, a figure of city founder John Cullmann is joined by figures representing the German heritage of the city.

Cullman Mayor Woody Jacobs said the city first discussed getting a pyramid last November, and much of the past year was spent organizing its construction and picking out some of its features.

The company sent updates and photos of the pyramid's progress over the last few months, and finally seeing them put together and on display in Cullman is a surreal feeling, he said.

Christmas pyramids are typically only a few feet tall, but Erzgebirgische Holzkunst Gahlenz has become known for building large ones in Germany and around the world, so the city decided having its own pyramid would be the best way for the city to show recognition and pride for its German heritage during the holiday season, Jacobs said.

"We decided that we needed something to show our German roots at Christmas and celebrate our heritage," he said.

Steve "Sleepy" F. Phillips passed away on January, 20 2021. He served 36 years in the Army National Guard in the 20th Special Forces Unit. He served in Operation Desert Shield/Desert Storm, Operation Provide Comfort, Operation Enduring Freedom, and multiple other deployments. He retired as a…