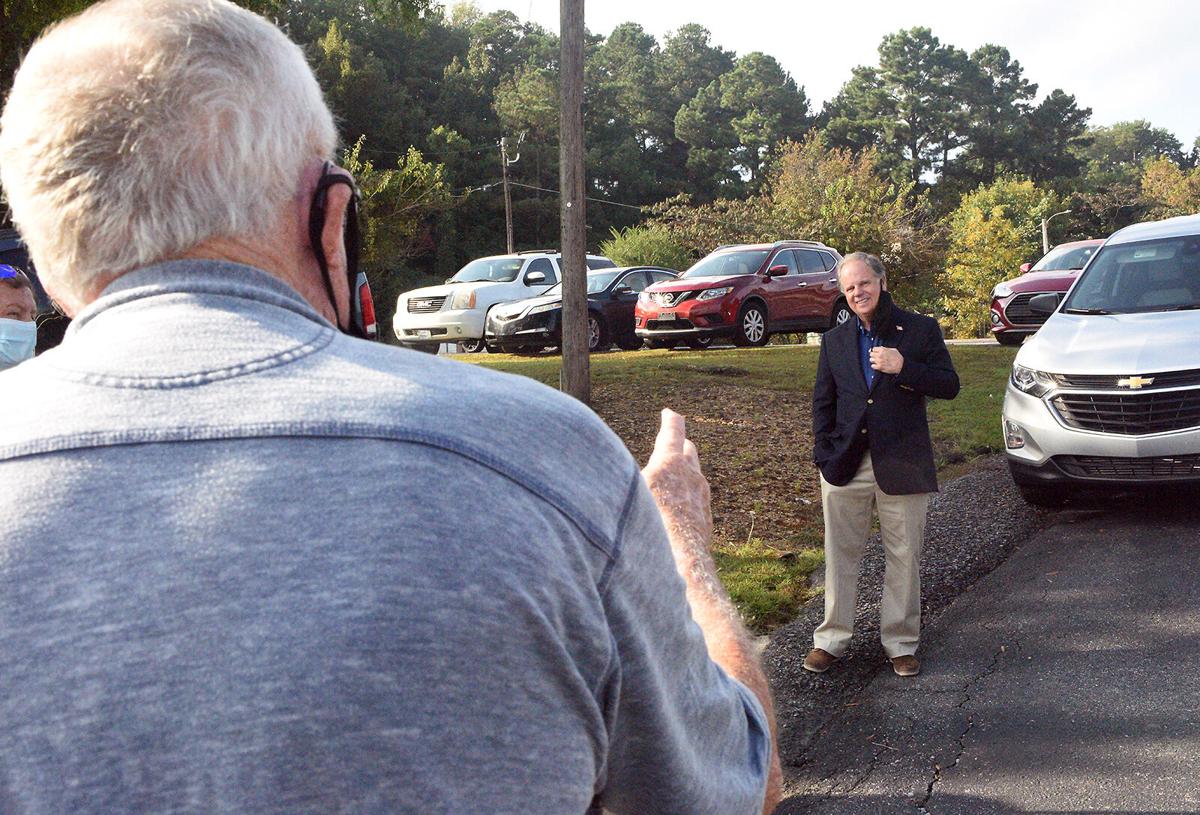 With the Nov. 3 election just weeks away, Senator Doug Jones stepped into the lion's den Monday, making a campaign stop at the Cullman County Fair.

Meeting with about 20 supporters outside the fairground, Jones acknowledged the rarity of a Democratic candidate in Cullman County. "I don't know the last time a Democrat was at the Cullman County Fair," he laughed.

He noted that his wife, Louise, is a Cullman native, but said it was the support of the people who showed up to meet him that brought him to the county. "We wanted to make sure that people know we're out there," he said.

The underdog in the race against Republican candidate Tommy Tuberville, Jones said they're seeing momentum for his campaign. "We are really excited about this race," he said.

At his stop Monday, he discussed his work on behalf of farmers and small businesses and answered questions on topics such as expanding Medicaid, the Affordable Care Act, the federal response to COVID-19, climate change and the Trump administration.

Following the meet-and-greet, he took questions from reporters and urged Alabamians to complete their census, noting that Alabama lags behind all other states in participation. "Regardless of your political persuasion, you've got to make sure to fill out that census form," he said.

At stake are a congressional seat and federal funds coming back to Alabama. "We've don't need to be losing out any more," he said.