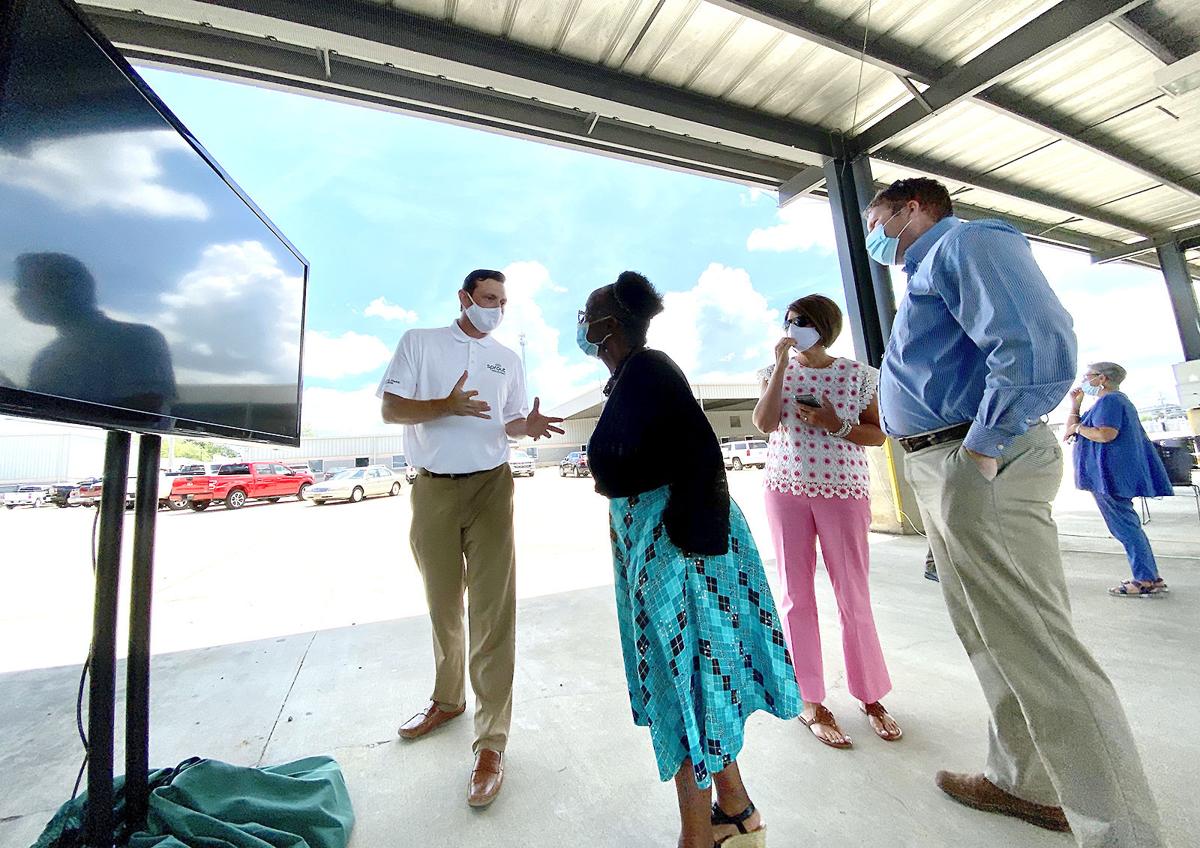 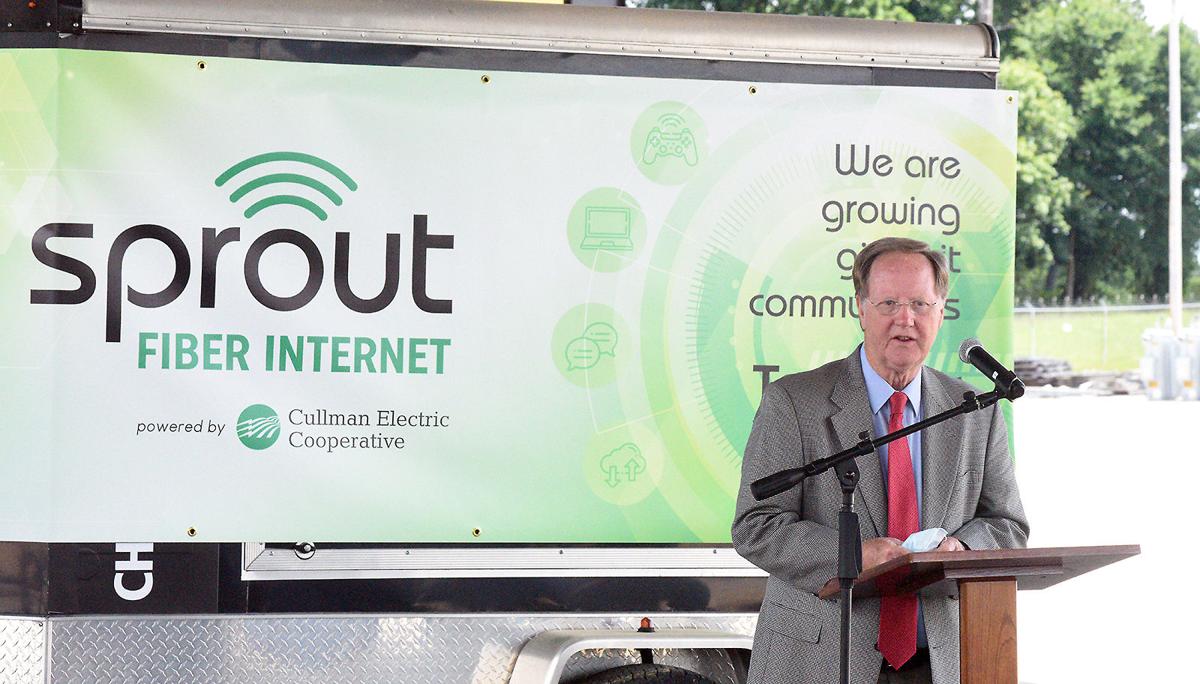 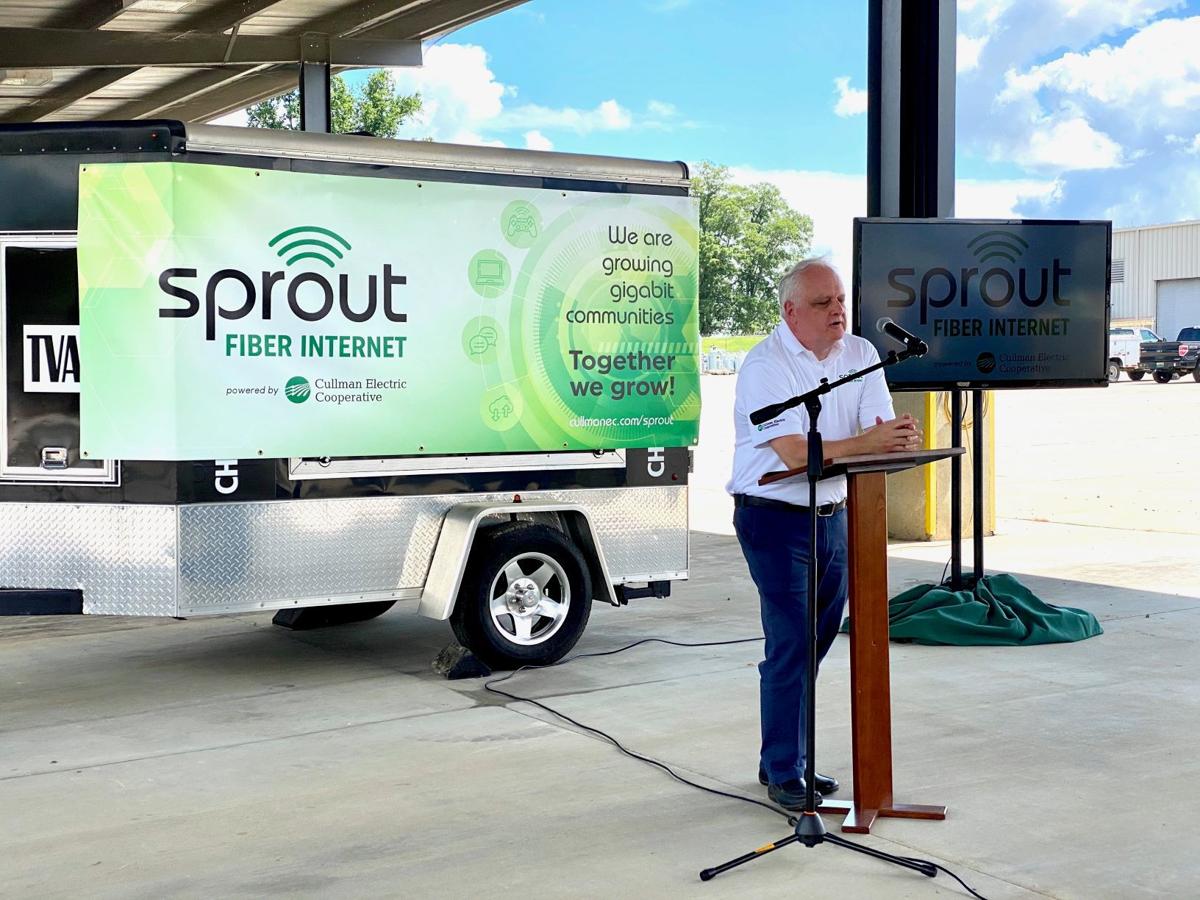 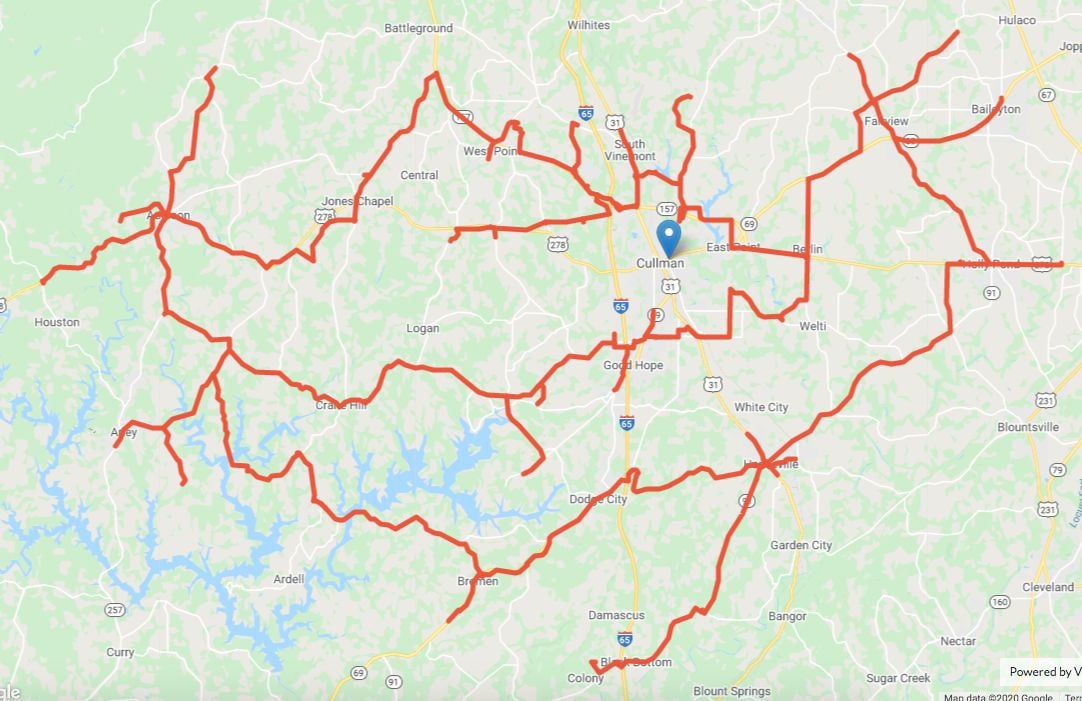 The Cullman Electric Cooperative is stepping in to bridge the digital divide in rural Cullman County. On Thursday, the cooperative announced the launch of its new internet service, Sprout Fiber.

Residents in the rural areas of Cullman County have complained about the lack of internet or slow internet service. In the Baileyton area, residents and town officials have begun a petition drive to ask state and federal officials to address specific issues. One of the petitions encouraged the cooperative to begin providing internet service.

Debra Miller, who along with her husband Glenn, have been organizers of the petition drive, were elated at cooperative’s announcement Thursday. Sprout Fiber Internet will offer Cullman Electric members upload and download speed starting at 300 Mbps and going as high as a gigabit per second. The one gigabit speed is “a thousand times better than what we have now,” she said.

BAILEYTON — Lack of high speed, broadband internet has long been a problem in the Baileyton area.

Colony Mayor Donnis Leeth and Councilwoman Ethel Alexander were among the state and local leaders at the cooperative for the announcement. They said access to high speed internet will be good for their town. “It’s a great day,” said Leeth, who also noted how broadband impacts economic development. “Colony will be able to advance more.”

“Cullman Electric Cooperative has always been focused on serving our members, and Sprout Fiber Internet will be a key factor in helping the people, the businesses and the communities we serve grow now and into the future,” Culpepper said.

Cullman Electric has already started building a fiber network that will connect all of the co-op’s substations and offices to further enhance the quality of its electrical service. In the process, Sprout Fiber Internet will make gigabit- speed internet access available to more than 12,000 co-op members.

Construction on the first phase started this month and should be complete in 12 to 18 months. According to the cooperative, it’s an $18 million investment for the co-op.

If the first phase is successful, future phases will be designed and built with the ultimate goal of making Sprout Fiber Internet available to every Cullman Electric member.

“This is an incredible opportunity for Cullman Electric and our members,” Culpepper said. “With a fiber connection in place, we will improve even further on the quality electric service our members have already come to expect. It will cut down outage response times significantly and lay the foundation for us to take advantage of cutting-edge technology in the future.”

He said about 21 miles of the first phase have already been completed. The cooperative’s goal is to complete 40 miles per month.

Cooperative members are encouraged to take an online speed test at speedtest.net to check their current internet speed and learn how much of a difference Sprout Fiber Internet can make for their home or business.

“Sprout Fiber is an important project, and all of us on the board are very excited to see it come to fruition,” said Robert Tidwell, chairperson for the Cullman Electric board of trustees.

Congressman Robert Aderholt, who has made rural broadband a priority of his, said via video message, “As we all know we’ve really come to know two different Americas. There is the America that has broadband access, and those that do not, and really this is unacceptable. Just because you live in a rural area doesn’t mean that you shouldn’t have access to broadband. So we want to make sure we have access to high quality, high speed broadband all across America in big cities and large.”

Cullman Electric Cooperative was founded 84 years ago by local farmers to make sure rural residents had the same opportunities as those living in urban areas. Culpepper said this project is in line with the co-op’s mission to power communities and empower members.

“High-speed internet today is like electricity was in the 1930s when fewer than 10 percent of farms in America had access to electricity,” Culpepper said. “Much like Cullman Electric Cooperative did with electricity, Sprout Fiber Internet will provide reliable, affordable, high-speed internet so our members can reap the benefits of growing gigabit communities.”

'Not a luxury anymore' Baileyton pushing for action on broadband

Baileyton area residents voiced their frustrations over slow or no internet access at the town council meeting Monday night.

With broadband internet increasingly becoming a “need to have” rather than a “nice to have,” state and federal governments are providing grants to incentivize the expansion of broadband service into rural areas.

The business of bandwidth

In many ways, internet access has moved beyond a luxury to a necessity.

MONTGOMERY, Ala. — It's an about 15-minute drive from Pamela Rush's home to her children's s…

As the threat of COVID-19 infection by coronavirus transmission grows, the Federal Communications Commission (FCC) has been taking steps to ensure better internet access for Americans as many self-quarantine during the crisis.

Electric Co-op members get the scoop on Sprout

The Cullman Electric Cooperative announced last month that it will soon be offering its own high-speed internet service, and a series of pop-u…