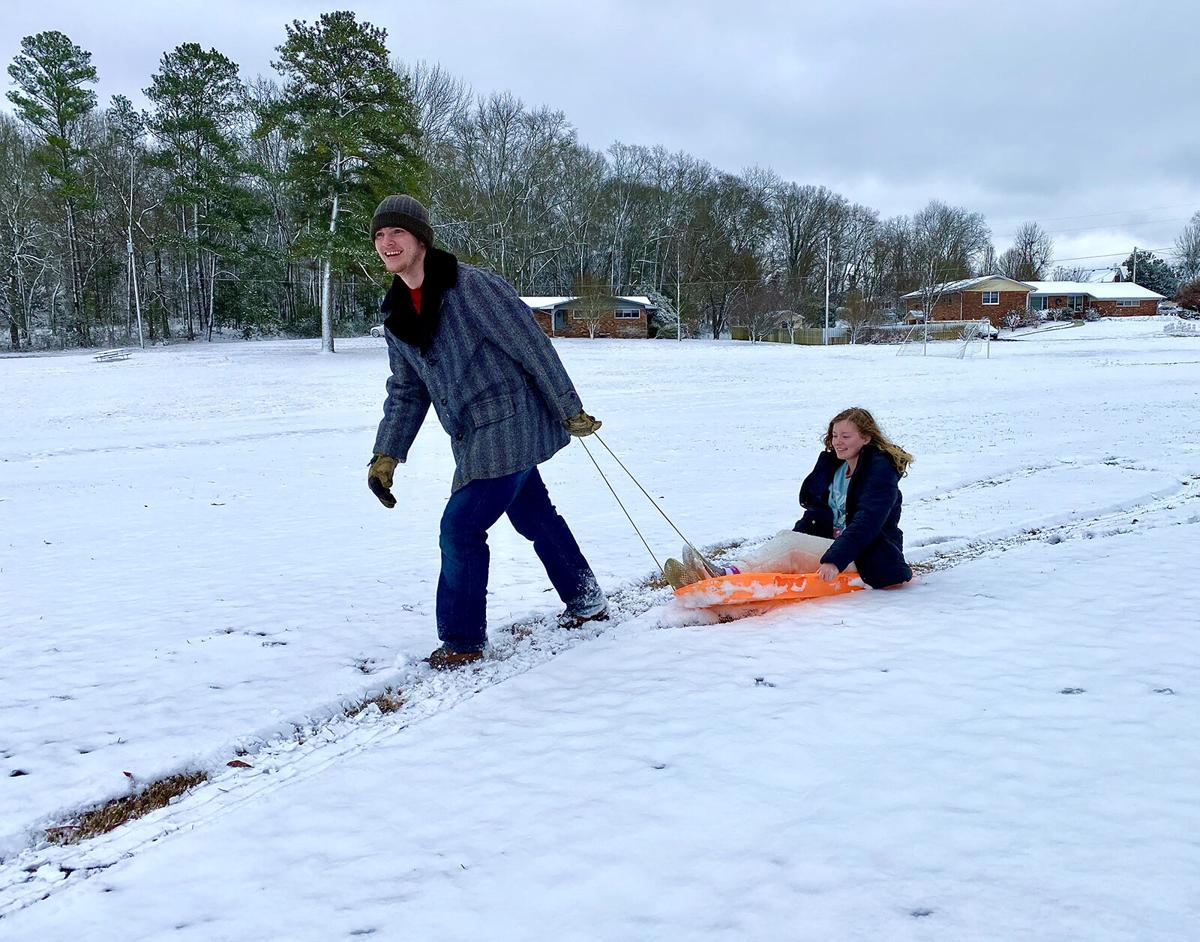 Claude Thomas pulls Olivia Shelton through Stiefelmeyer Park in northeast Cullman on their way to Thomas' house to pick up an extra pair of gloves Monday morning. 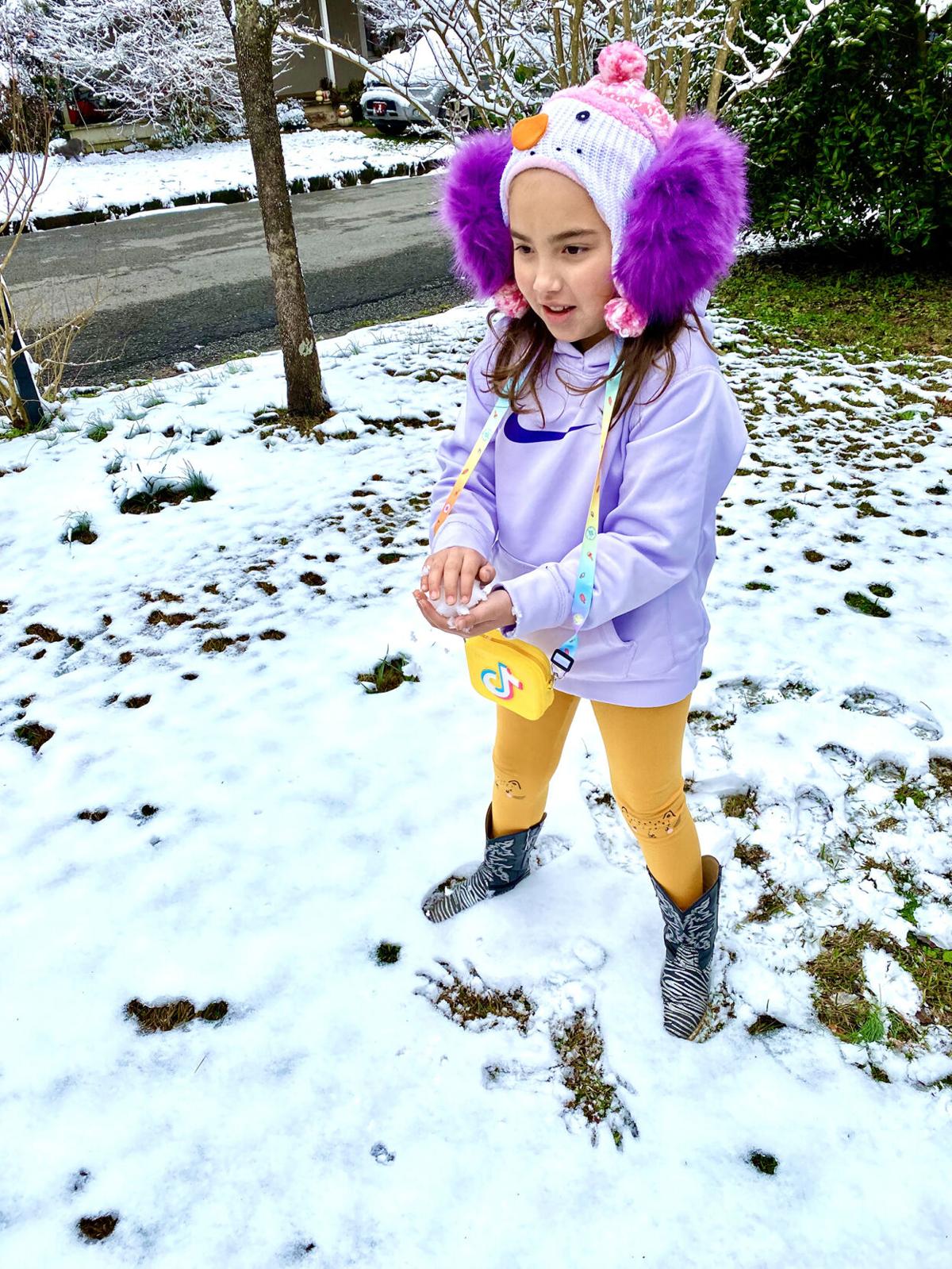 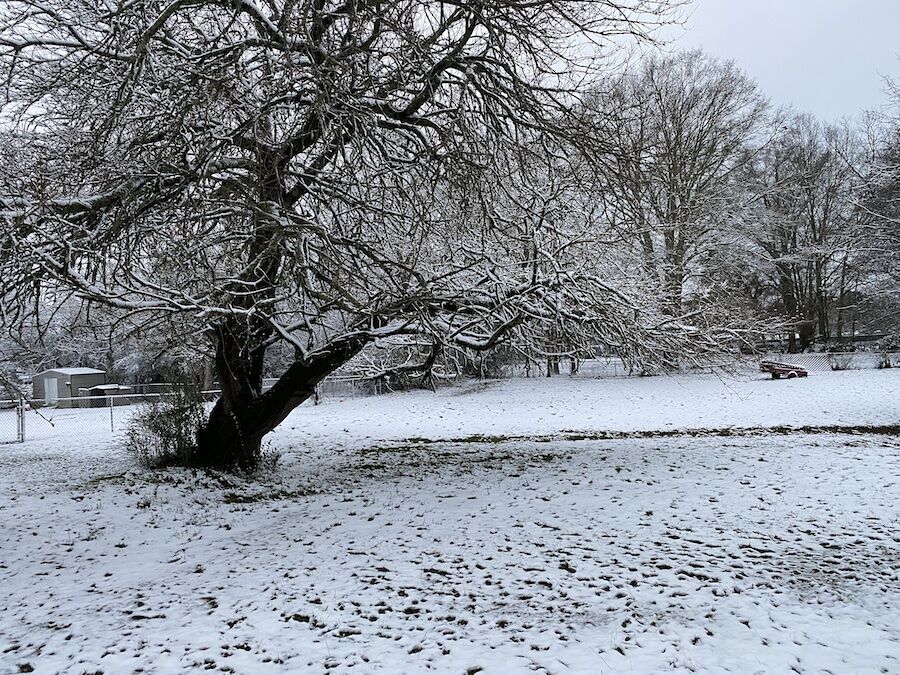 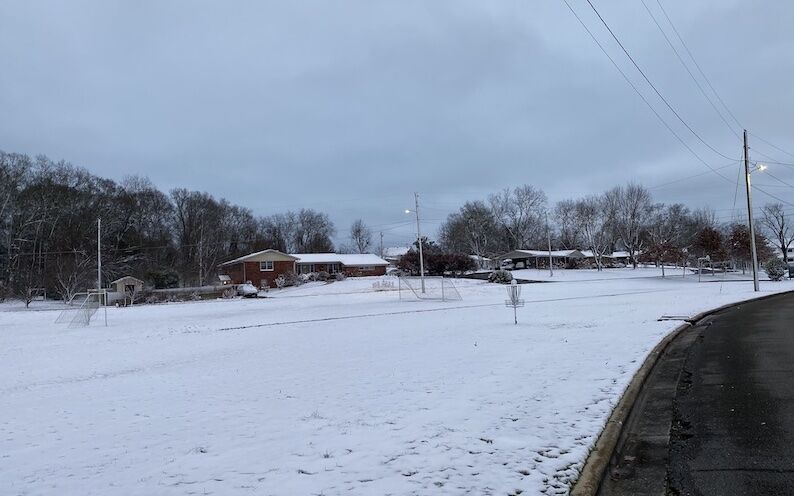 Claude Thomas pulls Olivia Shelton through Stiefelmeyer Park in northeast Cullman on their way to Thomas' house to pick up an extra pair of gloves Monday morning.

With local schools still on break and temperatures that mostly favor snow over ice, Monday proved a true snow day, thanks to a quick but solid coating of the white stuff that fell across Cullman County during the overnight hours Sunday.

Steady rain late Sunday turned to heavy snow across north Alabama as the thermometer plunged, with most of the local snowfall blanketing the Cullman area between 11 p.m. Sunday and 3 a.m. Monday. The Huntsville office of the National Weather Service tallied snowfall totals of up to 3 inches in parts of Cullman County that reported local measurements, with areas north of Cullman seeing even greater amounts.

Much of the precipitation that fell remained on the ground Monday as clouds prevented temperatures from rising far above freezing. Though no additional precipitation fell throughout the day Monday, the portion of snowfall that melted during the day meant area roadways would refreeze as the thermometer dove into the low 20s overnight Monday.

“All roads look good right now,” said EMA director Tim Sartin Monday afternoon, advising that water remaining on area roadways would likely refreeze during the night. “But, it should warm up tomorrow [Tuesday] and melt.”

Traffic flow remained mostly smooth Monday despite the thorough coating of snow. The Alabama Department of Transportation reported no significant travel hazards on any of the major interstates, US highways, and Alabama state-maintained roads that traverse Cullman County.

The main area of travel concern early Monday was in eastern Cullman County, where sheriff’s deputies reported some icing in the Fairview and Baileyton areas as well as on Alabama highway 69. But the local EMA said there had been no other reports of impassable roadways or other damage to rural roads. “The roads are slick, but they’re passable,” Sartin said early Monday.

The National Weather Service issued a separate special weather statement on Monday advising early-morning motorists to exercise caution — a warning that likely applies once more during today’s early hours, before higher daytime temperatures finish off the snowfall for good. “Accumulating snowfall overnight has created hazardous travel conditions on a number of area roadways, including some major highways,” the Huntsville office of the NWS advised shortly after 3 a.m. Monday. “Bridges and overpasses are especially at risk.

“If traveling, use extreme caution, especially on bridges, overpasses, and elevated highways. Do not assume that a well

traveled road will be free of snow or ice. Allow extra time to reach your destination.”

City and county schools are both still on Christmas and New Year’s break early this week, so students aren’t affected by the winter weather (except, perhaps, to get outside and have a snowball fight during their Monday downtime). Wallace State Community College, though, did delay all of its Monday openings until 10 a.m.

No more snowfall is expected this week, though daytime high temperatures will remain significantly lower than the mid-70s warmth that persisted locally from Christmas through New Year’s day. Highs today are expected to reach into the upper 40s, in the wake of Monday night’s hard freeze.