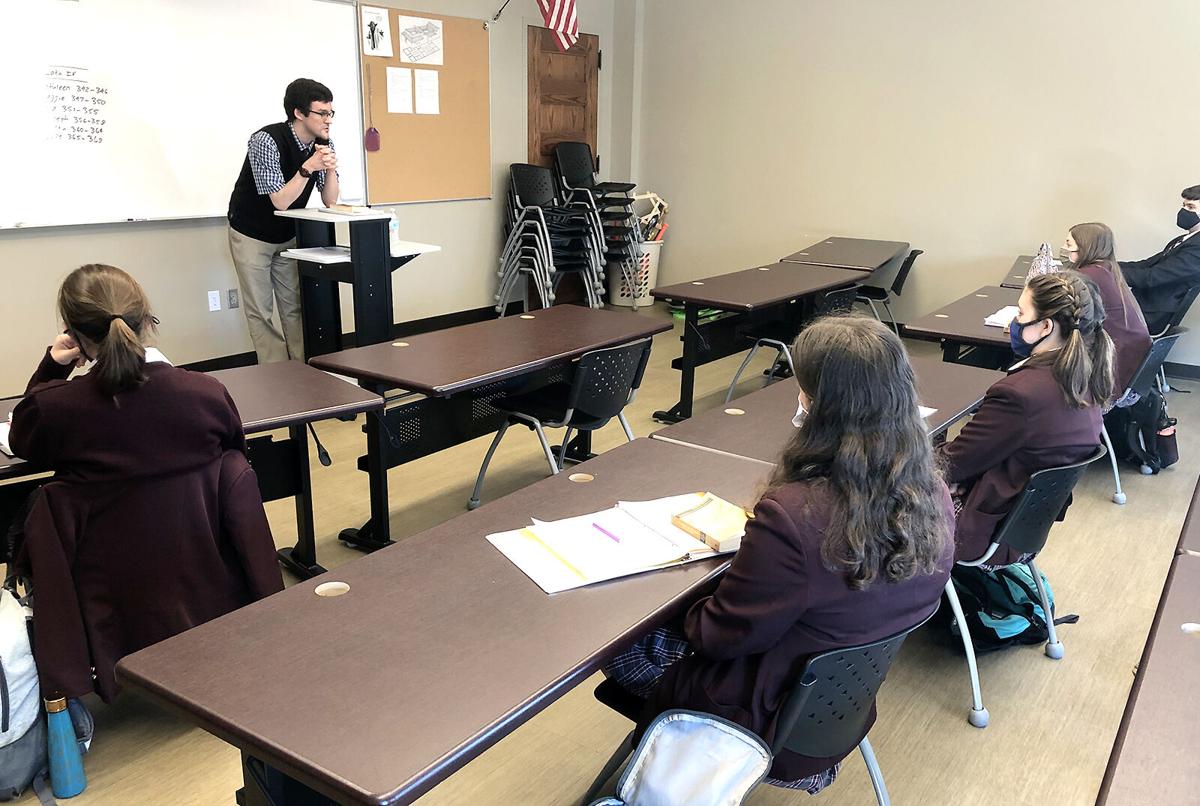 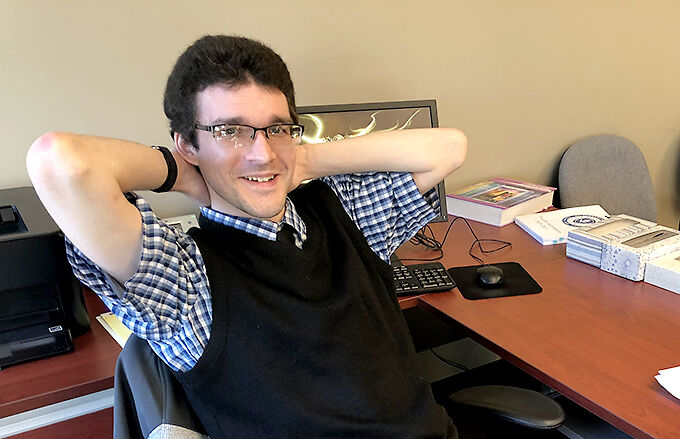 “So my intent was never to teach Latin specifically. But I did know Latin, and so I said, ‘Yes — I’ll teach Latin and English,’” said Joseph Bond.

“So my intent was never to teach Latin specifically. But I did know Latin, and so I said, ‘Yes — I’ll teach Latin and English,’” said Joseph Bond.

It may have been Europe’s lingua franca for centuries, but — at least at this moment in history — the Latin language isn’t the essential ingredient in a well-rounded education that it once was. For many aspiring Latinists hoping to crack the mysteries of Cicero’s oratorical power or the theological framings of early Church fathers, that often makes learning Latin a matter of dialing up instructional courses online.

But thanks to a solid emphasis on the academic values its order has embraced for 1,500 years, the Benedictine-administered program at St. Bernard Prep School provides an increasingly rare opportunity for students to learn their lingua Latina firsthand — and the man behind the lectern is teacher Joseph Bond.

Bond teaches both English and, for students in grades 9-12, Latin at St. Bernard. Though English is the reason he first sought out a teaching job at St. Bernard, he confesses he’s now known around campus as “the Latin teacher” — one of the inadvertent side effects of standing out as the rare instructor who’s qualified to teach a classical language.

“I’m an English major,” says Bond, a Pennsylvania native who came to St. Bernard six years ago. “I saw an opening at St. Bernard to teach English, and so I sent in my information. The headmaster at that time contacted me and said, ‘Yeah, we want you — but can you do Latin?’ So my intent was never to teach Latin specifically. But I did know Latin, and so I said, ‘Yes — I’ll teach Latin and English.’”

Bond, though, says he takes a more pragmatic approach with students.

“I would always encourage people to study the thing that’s going to be most useful to them,” he says. “Latin isn’t like philosophy, for example, which I would say everyone should study — because it can change your life. Latin does train your brain; there are definite benefits to studying it. But every second that you spend studying it is a tradeoff; it’s time you aren’t spending studying something else.

“But,” he adds, “if anyone wants to know why they should study a dead language, I do have plenty of answers to that. I just wouldn’t say that I’m evangelical about it. Latin isn’t so necessary to your life that it should take precedence over the practical things that will help you achieve your personal goals. If your dream is to go live in Japan and teach English as a second language, for example, I don’t recommend taking Latin. Study Japanese instead.”

Latin isn’t required at St. Bernard, though students are required to choose between Spanish and Latin to satisfy the school’s two-year foreign language requirement. Some students who pick the Latin track, says Bond, are often already familiar or fluent in Spanish; while others enroll because their parents encouraged it. Whatever their expectations are at the beginning, though, they leave Bond’s two-year class with a firm understanding of the Latin language’s significance in shaping the English language they speak.

“At the beginning, I think they do already have some general idea not only of the difficulty but also the idea that they’re not just studying it for tourism or general conversational purposes, as they might a modern language like Spanish or Chinese,” he says. “It’s about learning the grammar and vocabulary as an ancestor to English, as well as to read and translate older texts.

Bond doesn’t hesitate to encourage students (and adults, for that matter) to study something else if their hearts — and their goals — don’t align with poring over Latin’s rigorous syntax, tenses, conjugations, declensions, and moods. “It’s important to ask yourself — what are you getting out of it?” he says. But for young people who do aspire to return to ancient Rome by bringing its lingua franca into their present-day lives, his class at St. Bernard offers the perfect forum.