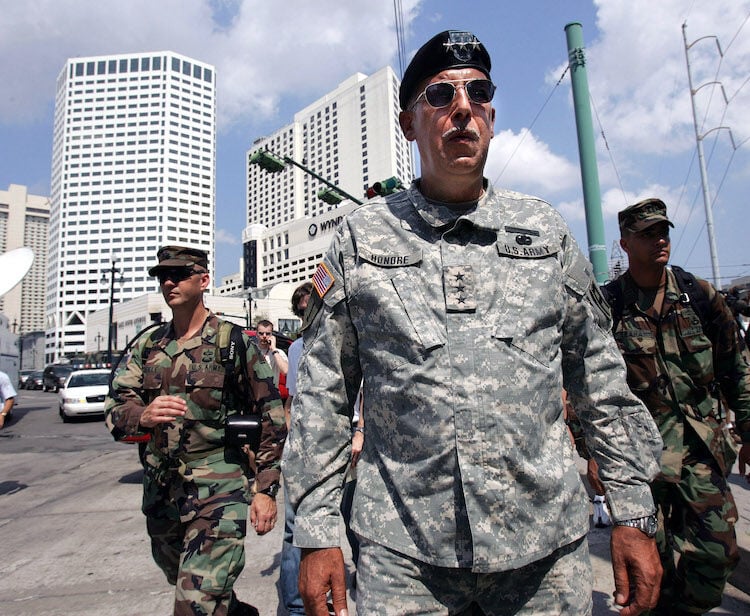 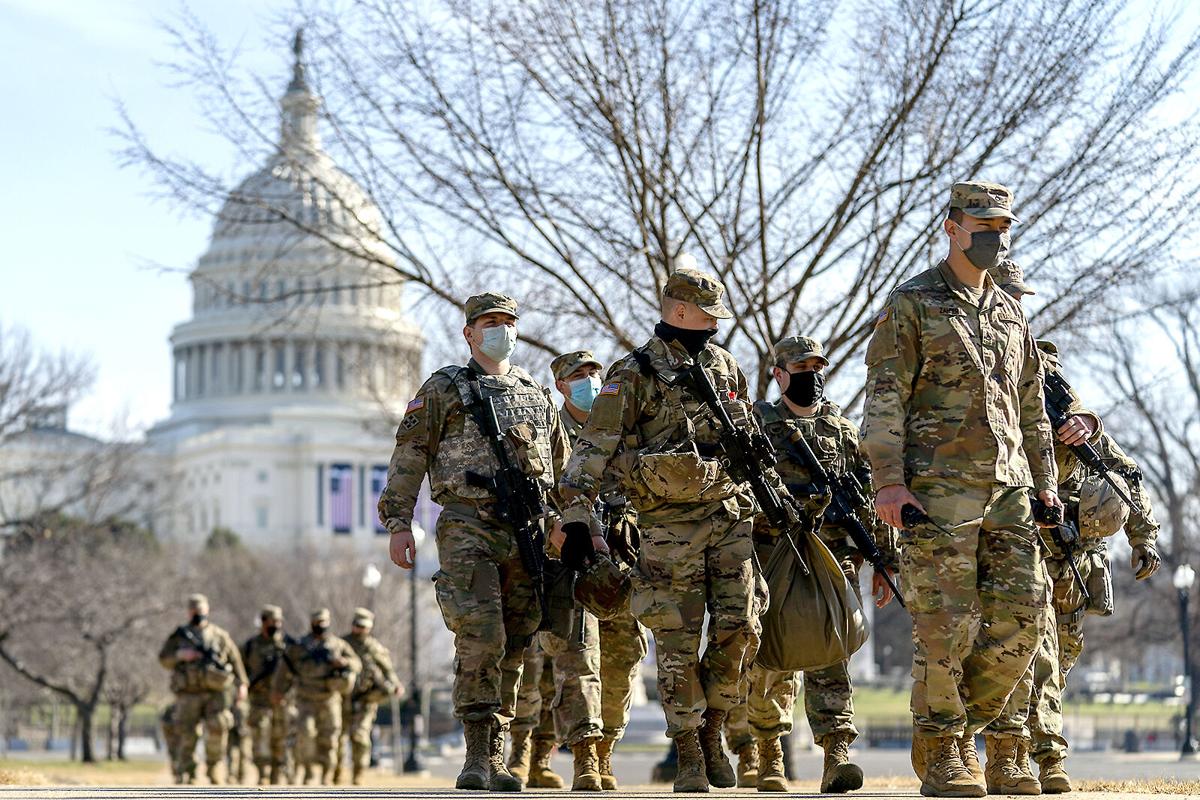 Members of the National Guard patrol outside the Capitol Building on Capitol Hill in Washington, Thursday, Jan. 14, 2021.

Members of the National Guard patrol outside the Capitol Building on Capitol Hill in Washington, Thursday, Jan. 14, 2021.

WASHINGTON — The Latest on President Donald Trump's impeachment and the fallout from the Jan. 6 attack of the Capitol by pro-Trump loyalists (all times local):

House Speaker Nancy Pelosi says retired Lt. Gen. Russel Honoré is being tapped to lead a security review of the U.S. Capitol in the wake of last week’s deadly insurrection.

Pelosi said during a news conference Friday that the whole Capitol complex must be subjected “to scrutiny in light of what happened” and the fact that President-elect Joe Biden’s inauguration will be held there next week.

Pelosi says Honoré will conduct an immediate review of security and inter-agency interaction and Capitol “command and control.”

The National Park Service has closed Washington’s National Mall to the general public as part of greatly intensified security ahead of Joe Biden’s presidential inauguration.

The closure started Friday morning. It will remain in force at least through Thursday, the day after Biden’s inauguration, the National Park Service said in a statement.

The Secret Service asked for the closing. Thousands of National Guard troops are deployed in the nation’s capital as part of extraordinary security, after supporters of President Donald Trump overran the Capitol building Jan. 6 as lawmakers were certifying results in Biden’s election victory over Trump.

The park service will still allow inauguration activities and permitted free-speech events on the National Mall despite the closure, it said.

The park service said it would allow only small demonstrations for permit holders and would escort any protesters and hold them in designated areas, along with other safety measures.

National Park Service and Interior Department spokespeople did not immediately respond when asked if any protest permits had been granted or applied for.

Defense Department officials are scrambling to call governors and asking whether they have any more National Guard troops they can send to Washington to help protect the Capitol and the city.

A defense official familiar with the discussions says law enforcement leaders and other authorities have now determined that they'll need about 25,000 National Guard troops. And they say that number could still grow.

As of Friday morning, officials had commitments from states for close to 22,000 members of the Guard. That's according to the official, who wasn't authorized to publicly discuss internal deliberations and spoke on condition of anonymity.

In recent days, defense and military leaders have said they understand that states are also facing their own looming protests and the first priority of the governors is to protect their own capitals.

The number of Guard officials are seeking to help protect the District of Columbia in the run-up to Wednesday's inauguration of President-elect Joe Biden has increased almost daily.

Defense and law enforcement authorities have been revising the numbers as they go through rehearsals and other drills to determine how many and where they need the Guard reinforcements to help lock down Washington.

HERE'S WHAT YOU NEED TO KNOW ABOUT IMPEACHMENT AND THE FALLOUT FROM THE JAN. 6 RIOTING AT THE CAPITOL:

President Donald Trump is facing an impeachment trial in the Senate that could begin on Jan. 20, the day Democrat Joe Biden is inaugurated as America's 46th president. Trump was impeached on Wednesday, one week after he encouraged a mob of loyalists to "fight like hell" against election results and the Capitol became the target of a deadly siege. The FBI is warning that armed protests by violent Trump supporters are being planned in all 50 state capitals as well as in Washington.

HERE'S WHAT ELSE IS GOING ON:

The Justice Department's internal watchdog says it will investigate how the department and its agencies prepared for and responded to last week's riots at the U.S. Capitol.

The investigation by the inspector general's office will examine whether information was appropriately shared by the Justice Department to other law enforcement agencies about the potential for violence.

The inspector general said it "also will assess whether there are any weaknesses in DOJ protocols, policies, or procedures" that hampered preparation and response to the events.

The review is one of multiple ones launched by inspectors general, including at the departments of Homeland Security and Defense and at the Interior Department, which oversees the Park Police.

The initiation of the review signals concern among the watchdogs that the preparations for, and response to, the breach of the Capitol by loyalists of President Donald Trump was lacking.