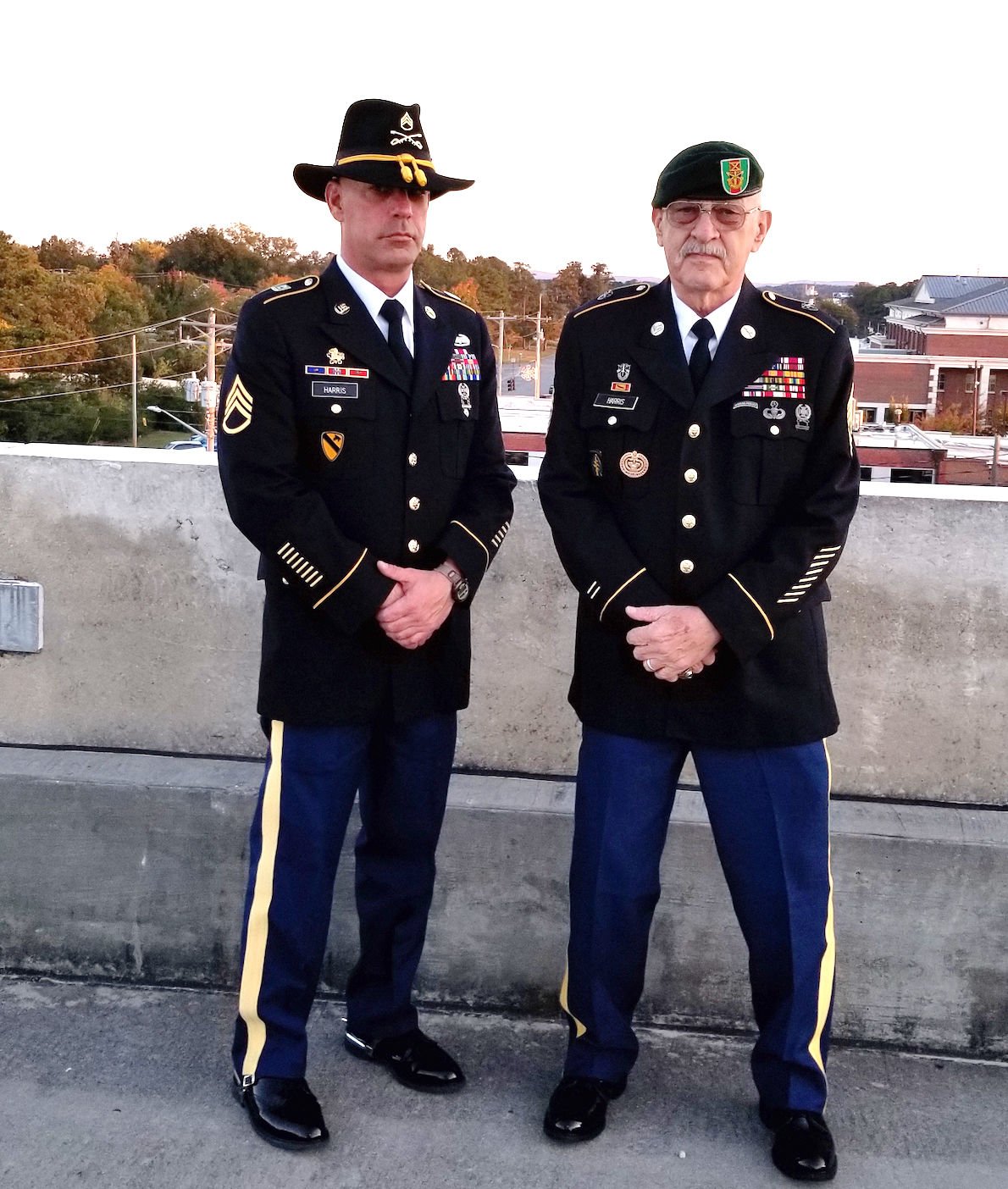 Jason Harris, left, and his father, Will Harris have given years of service to the Army, embarking on combat tours from Vietnam to Afghanistan, 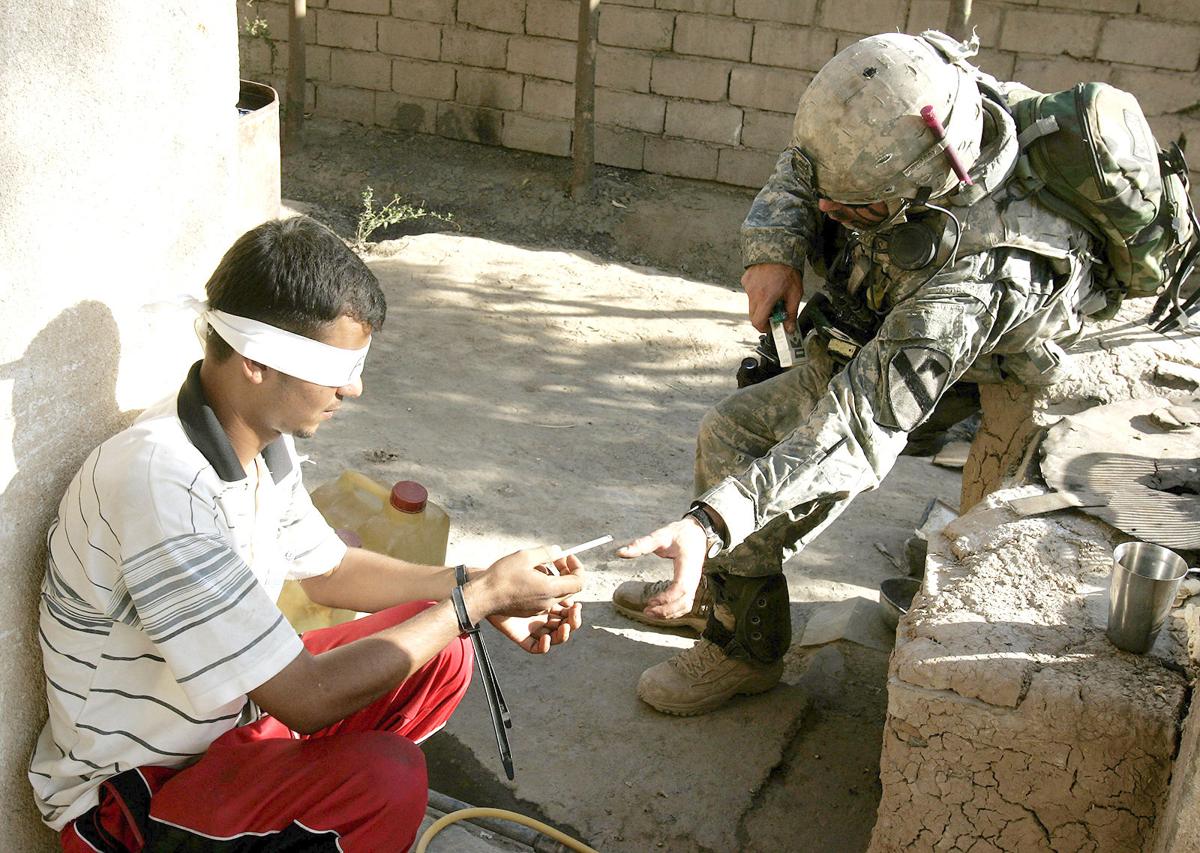 Jason Harris, left, and his father, Will Harris have given years of service to the Army, embarking on combat tours from Vietnam to Afghanistan,

More than a half-century has passed since Will Harris labored in the Central Highlands of Vietnam as part of the elite Green Beret Army force, but his pride and appreciation for military life remains strong.

Harris, 72, and a former star running back for the Cullman High School Bearcats, was a part of an Army group assigned to work with the Montagnards, a mountain-dwelling people consisting of some 30 tribes numbering nearly 1 million inhabitants. Military historians recall the Montagnards as a tough, loyal ally of the Army Special Forces in the mountains, developing a close relationship throughout the war.

The details of those operations during the Vietnam War were for years concealed.

“Despite the Freedom of Information Act, I signed a confidentiality agreement back then and I still abide by it,” Harris said. “The Montagnards worked with us and theirs was a close bond. When we pulled out of the war, the Russians and Chinese came in and gassed them. There are not many left there. I have to take my hat off to Joan Baez; she was the only celebrity or notable person of that time who stood up and tried to get someone to help them.”

The war, however, is not what Harris, who serves as commander of Veterans of Foreign Wars Post 2214, embraces from his career in the Army. The experience of military service was the turning point in his life.

“When the war was going on I was pretty much opposed to it,” he remembered. “I was serving in the National Guard and thought if I’m going to stand on a soapbox I need to go, so I enlisted and was there in 1966. About half way through my tour I fell in love with the U.S. Army.”

Before enlisting, Harris was living in Birmingham and struggling. The full-time experience of Army life, the people he met, including his wife, Dee, turned his life in a positive direction and created a sense of unity and family that he continues to value.

The tradition of service continues in his family. Their son, Jason, serves in the Army and has been on four combat tours to Iraq and Afghanistan. The Harris’ daughter, Kimberly served four years in the Navy, while their grandson, Joshua Wyenandt was also in the Navy for five years. Dee’s father served in General George Patton’s 3rd Army during World War II.

Today, Harris focuses on the needs of veterans through his role as post commander and the anticipation of the beginning of a new Veterans Court in Cullman County. Dee is also involved in the lives of veterans and their families as head of the VFW Auxiliary, which is now open to men and women who had family members serve in the military.

“We have several men involved in the Auxiliary now. They are sons or grandsons of someone who has served,” Dee said. “About two years ago, it was changed at the national level and it’s been good to bring more people into involvement. The family members of veterans have lived through all the struggles that can come from military service.”

“This generation, from Vietnam and even younger are taking over the leadership at the VFW,” Harris said. “This is an important time for the VFW to be active with so many men and women serving tours overseas. We’re really excited that our judges and district attorney are doing so much to get the Veterans Court going. It’s really needed here.

“Uncle Sam has created a whole generation of drug addicts. We have 35-, 45-, and 55-year-old veterans who were handed pain medications,” Harris said. “We have to do something about this, to do what is needed for them when they come home and have problems that need to be addressed. And it’s important for their families, because they go through all of this, too.”

Despite those problems, Harris said military service opens multiple doors of opportunity for anyone willing to make the commitment. Skills training, a college education and bonding with other service members can carry a lifetime of benefits.

“What we have to realize, though, is that no one can relate to a veteran’s problems like another veteran,” Harris said. “And again, this goes for their families and I can’t say enough about the involvement and roll of the Auxiliary. It brings everyone together and makes a chance to help and keep those strong relationships.”