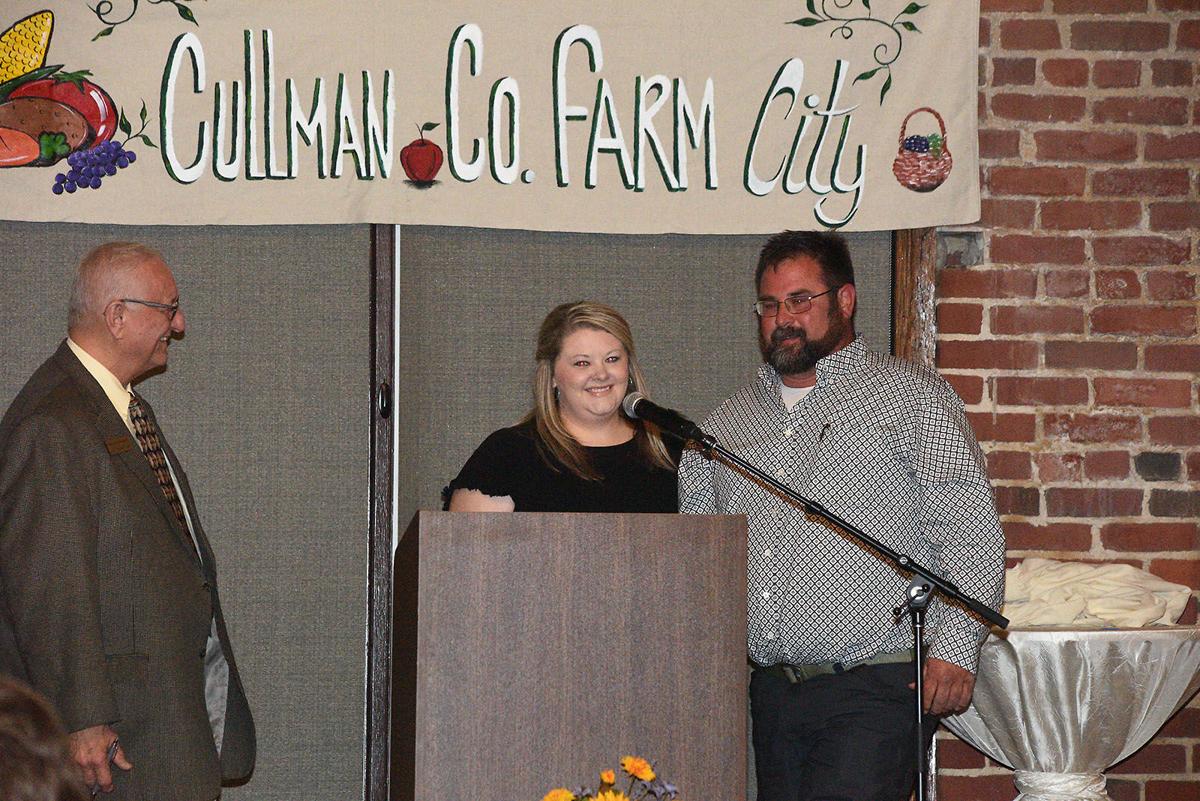 The Cullman County Farm-City Committee named Michael Graveman and Skyla Elliott as the Farm Family for 2022. 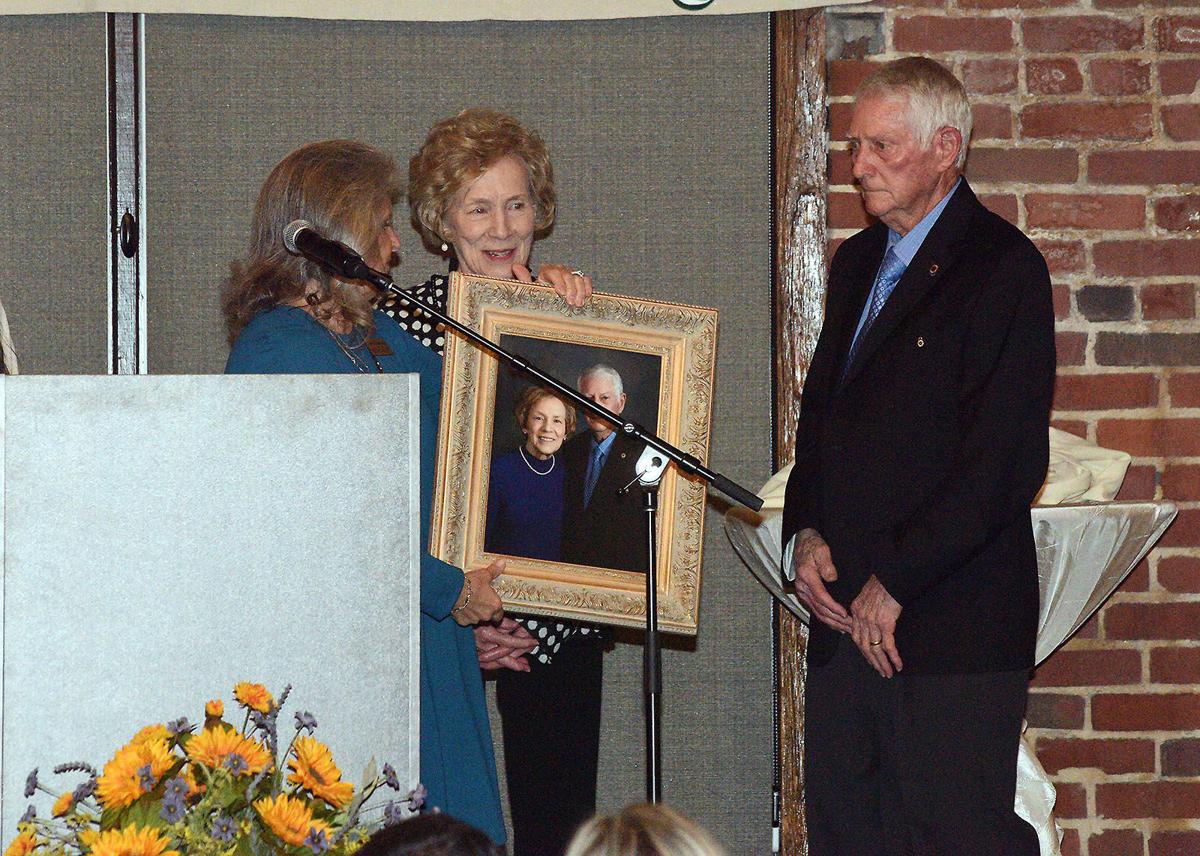 Fred and Delores Osborne was recognized as the 2021 City Family of the Year. 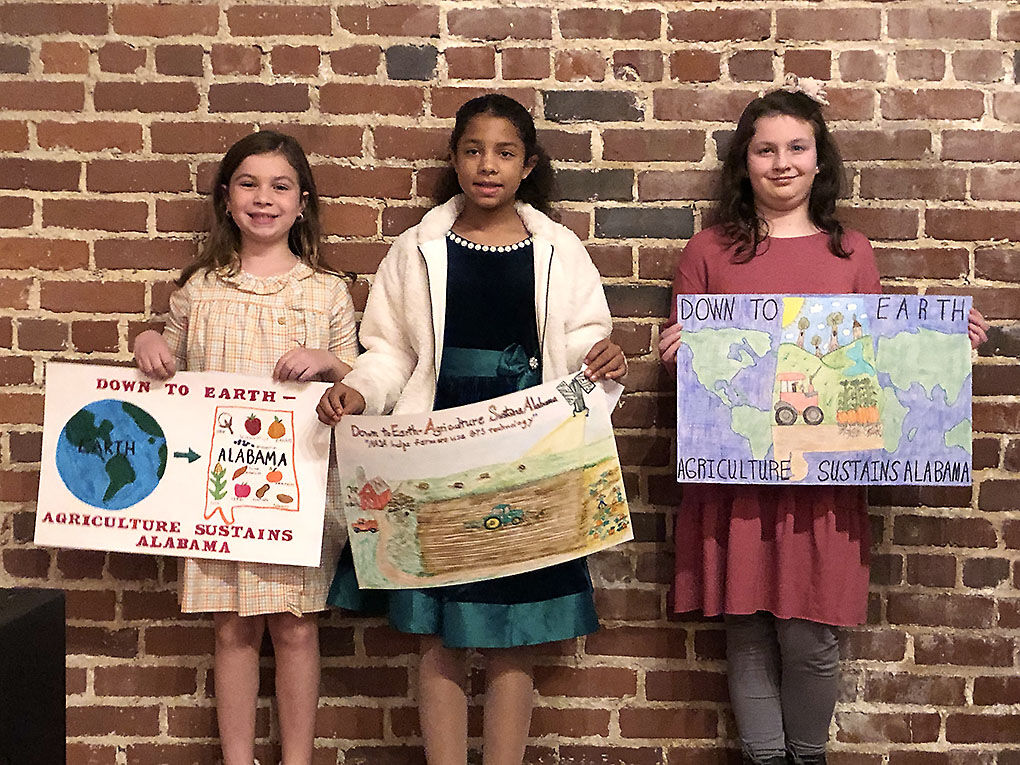 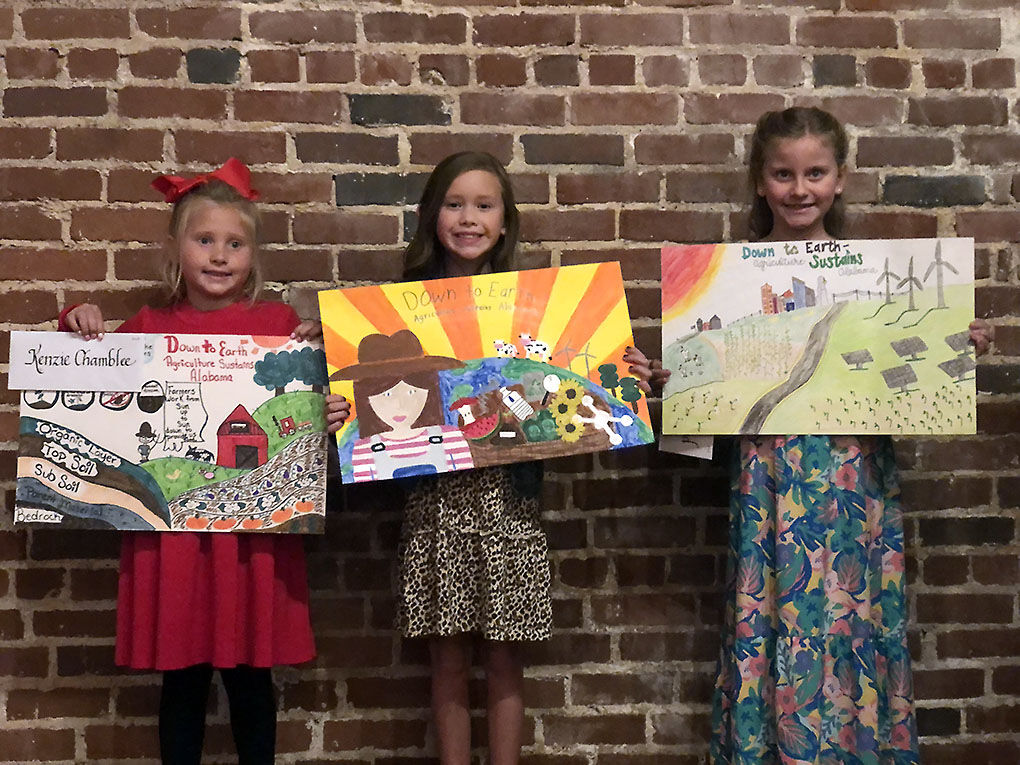 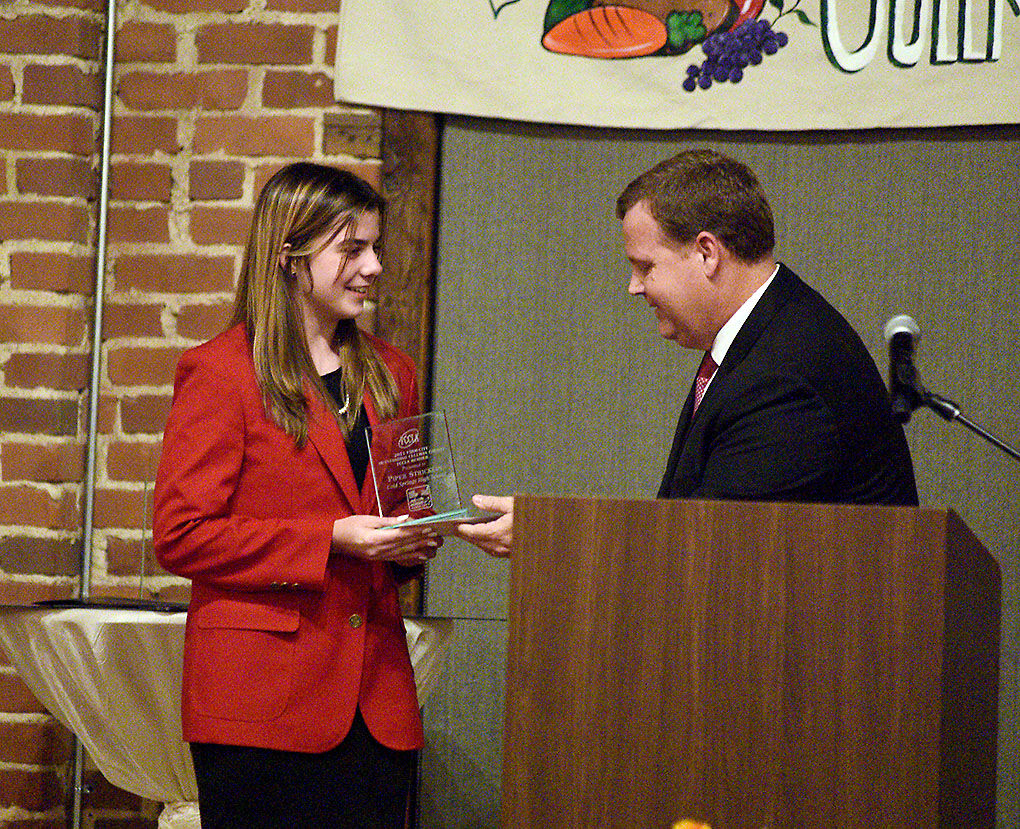 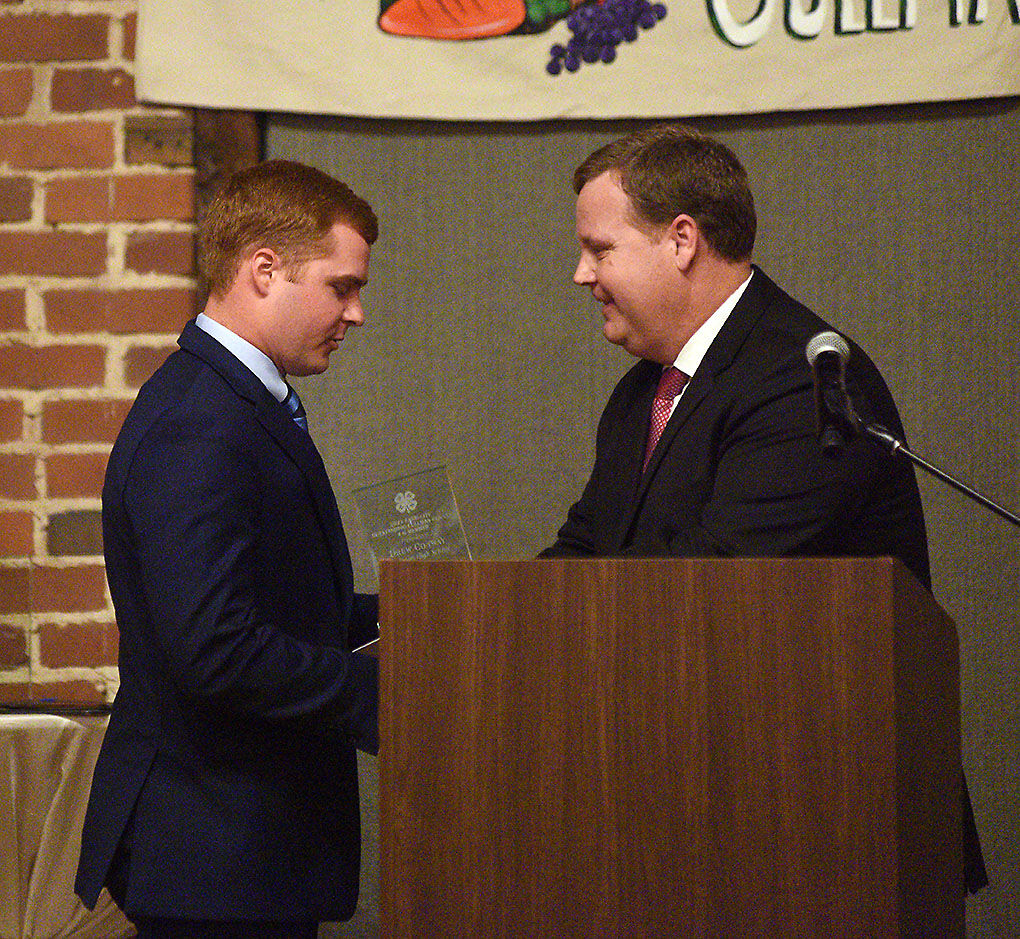 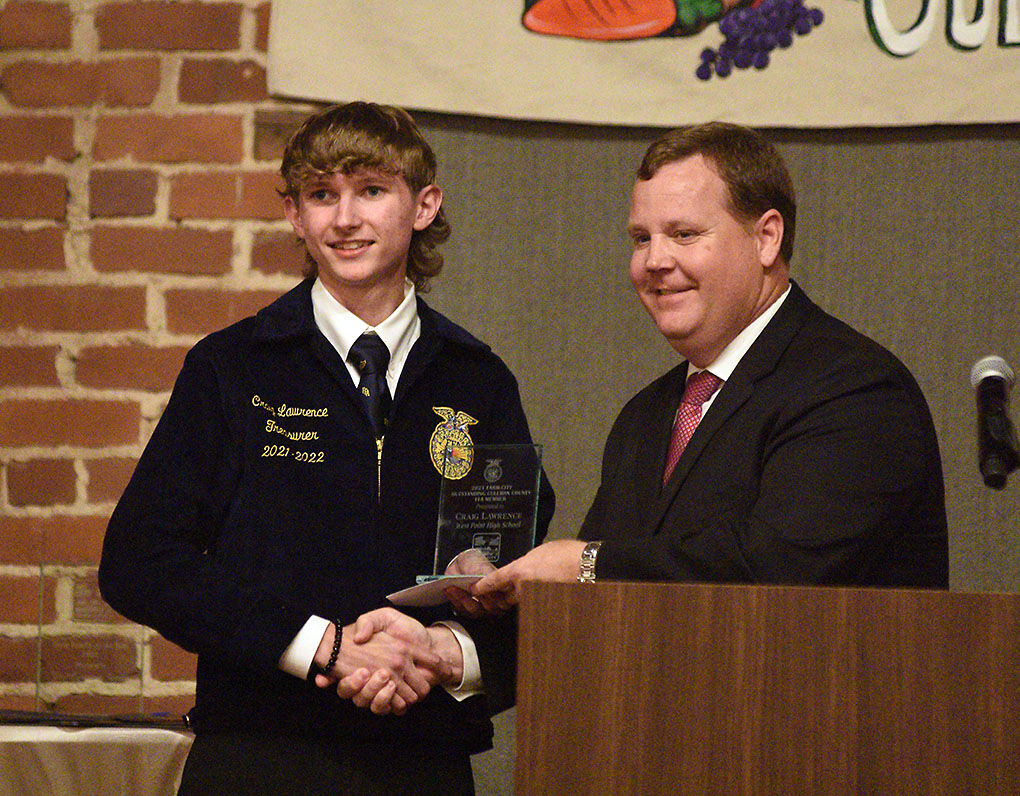 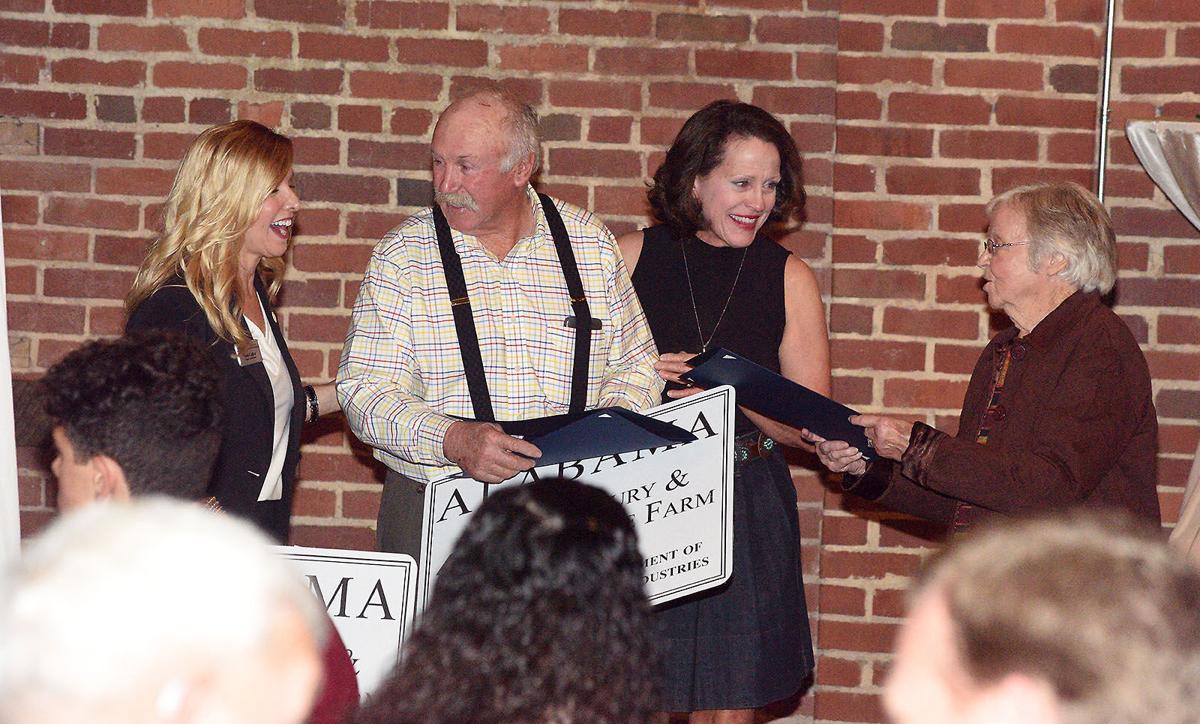 The Haynes family is recognized as a Century Farm.

The Cullman County Farm-City Committee named Michael Graveman and Skyla Elliott as the Farm Family for 2022.

Fred and Delores Osborne was recognized as the 2021 City Family of the Year.

The Haynes family is recognized as a Century Farm.

After a year of representing Cullman County’s urban side, the Farm-City Committee switched things back to the rural side of local life with its 2022 selection of the Farm Family of the year.

At its annual banquet Thursday, the committee named Michael Graveman and Skyla Elliott as the area’s Farm Family for 2022, even as it recognized the past year’s service of Fred and Delores Osborne — the outgoing City Family.

Both local residents with deep roots in farming, Graveman and Elliott will represent the Farm-City Committee over the next 12 months through various outreach functions, all part of the committee’s ongoing effort to showcase the interdependence between local agriculture and urban life.

“All of this really caught me off guard,” confessed a surprised Graveman after being called to the banquet podium as this year’s Farm Family selection. In keeping with tradition, the committee doesn’t reveal each year’s new Farm or City family until making its announcement live from the banquet stage.

“This Farm-City Family really represents agriculture,” said committee co-chair Leonard Slade. “Michael and Skyla both came from farming backgrounds. Michael is a fourth generation poultry grower, and they raise grass-fed beef; angus beef. You can find some of their beef at Brickyard Meats.”

Graveman also has served as manager at the Festhalle Farmers Market in Cullman for the past four years, where he and Elliott also sell vegetables that they raise on the farm.

“They are very conscientious stewards of the land,” said Slade. “They always are striving, through different programs, to make sure their part of the world is well taken care of for the future — and that’s what this is all about: taking care of our land so that our kids and grandkids will have something to call home, and to work and live on.”

In addition to her farming ties, Elliott also works as a medical assistant at St. Vincent’s Hospital. “She has farming history running through her veins,” said Slade. “Her family members are active in their role. They are givers in the true meaning of the word. The grow food, the encourage the production and selling of food to others, and Skyla attends to the needs of the sick. They cover all the needs of our community.”

For the latest information on programs and presentations that feature this year’s Farm-City Farm Family, follow the committee on facebook @CullmanFarmCity.

Edwin Richard Sharpton, 87, of Logan passed away on Thursday, December 2, 2021 at Cullman Regional Medical Center. He was born June 11, 1934 to Richard and Bertha Sharpton. Edwin graduated from Cullman High School in 1952. He entered the U.S. Navy and served four years. He was a member of Be…

Funeral Service for Sherrill Chaviers will be 2 p.m. Sunday, December 5, 2021 at Cullman Funeral Home. Visitation will be from 12-2 p.m. prior to the service. Interment in the Etha Cemetery.