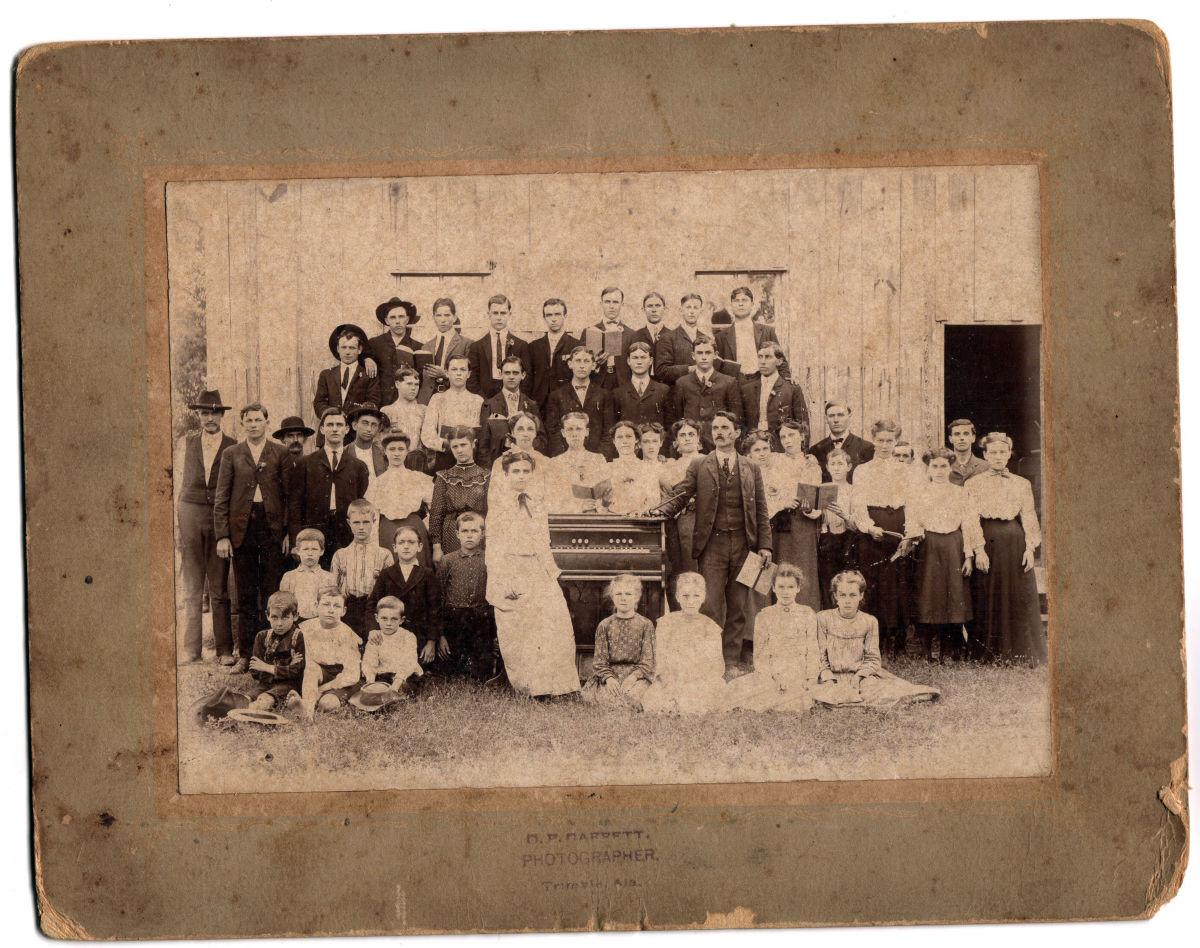 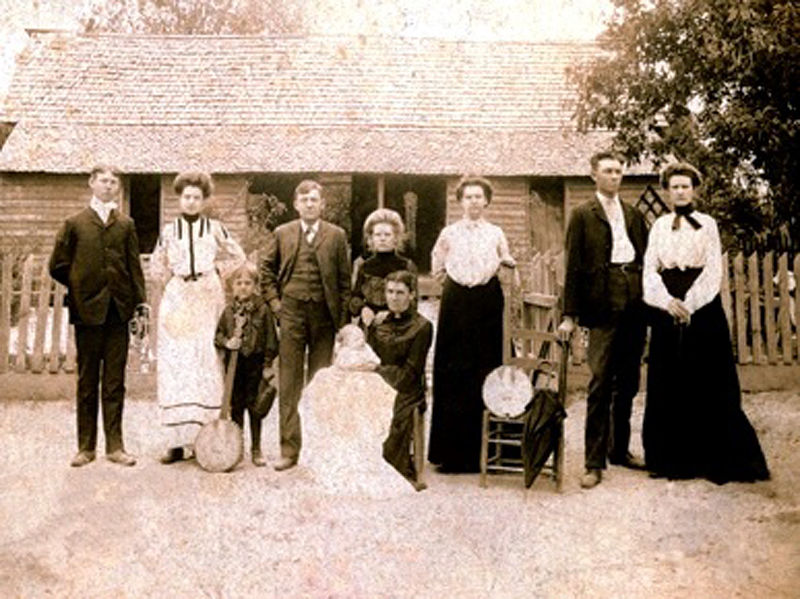 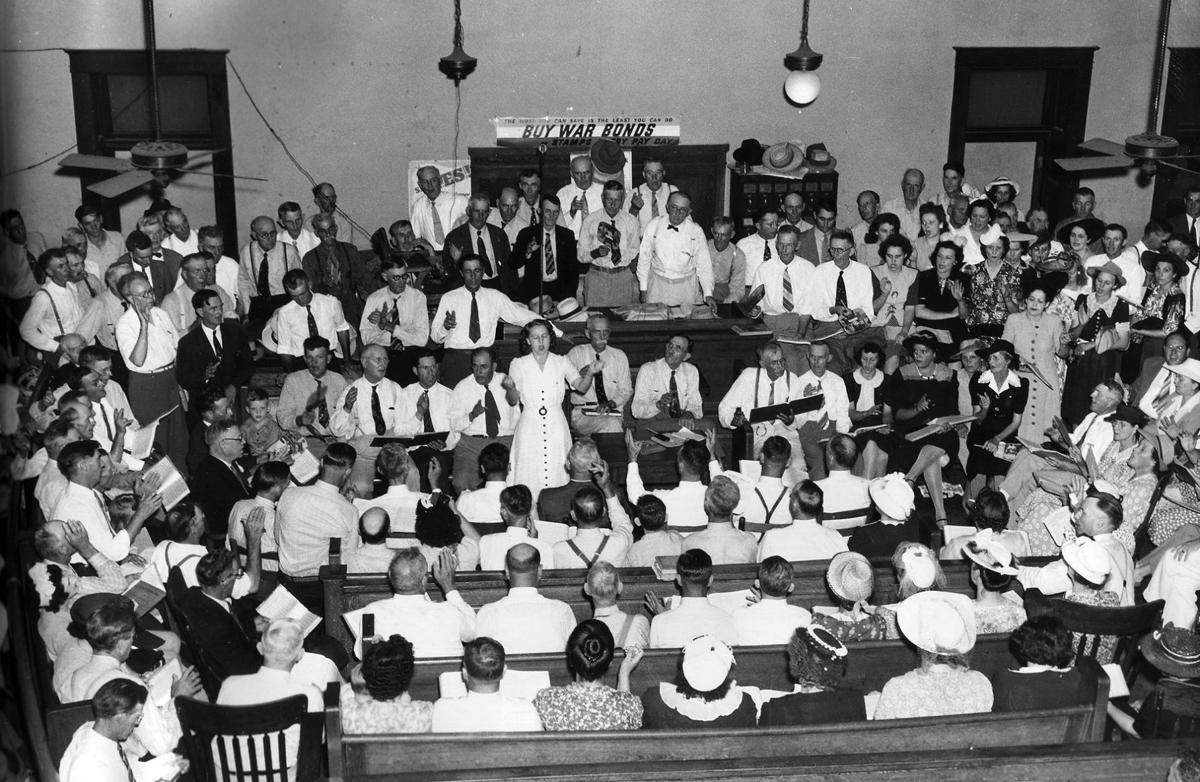 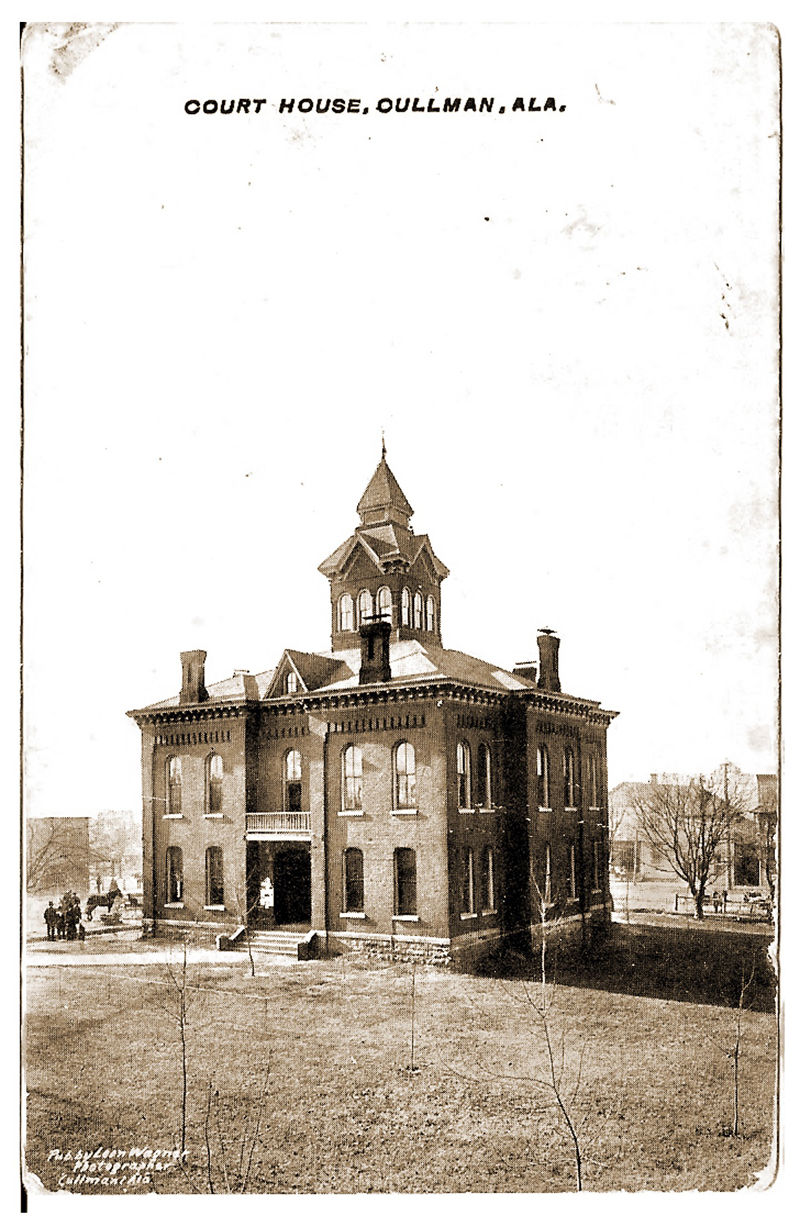 The rafters of the Cullman County Courthouse will probably vibrate a little this weekend. Not from another tornado, but from a tradition over a century old — the Sacred Harp Singing Convention.

Based on the shaped-note, or Fa-So-La, method of music, this convention was once one of many across the country, and in other countries, as well. It originally came from Europe in the decades before reformation times there. Over the years it has faded somewhat from the fabric of our society, given over to new and different methods of singing and reading music. However, grass roots movements throughout the South and as far away as Atlanta and New York have spurred a renewed interest in this singing style. Perhaps because of its religious overtones, or maybe just because it’s something almost anyone can learn, it has been kept alive through centuries when other musical styles have come and gone.

The earliest records show that Sacred Harp singings were held in the Cullman County Courthouse from the late 1890s until the present, with the exception of 1936, when county health officials requested that it be cancelled due to the polio epidemic that swept the nation that year.

At one point, 30 of Alabama’s 67 counties hosted these courthouse singings. Although there are other conventions held in the U.S., they’ve moved out of courthouses into churches and other venues. Purists of the genre will tell you that the annual Cullman County Courthouse Convention is the last bastion of Sacred Harp singings held in courthouses in the world.

Those who have fought to preserve the tradition encourage everyone to come and be a part of this extraordinary musical event.

Back in the horse and buggy days, the city of Cullman was filled with visitors on the eve of the convention and for its duration, sometimes three to five days. People from great distances packed huge lunches and came prepared to stay until the last note faded away into those rafters, in both of the old courthouses and the new one. In 1937, a crowd of 5,000 attendees filled the streets of Cullman.

“Five thousand! Can you imagine what the food committee at modern day conventions would say as they gulped?” laughed Buell Cobb, author of “Like Cords Around My Heart: A Sacred Harp Memoir.” Gardens would have been coming in, just as they are now, and fresh produce would have been there in abundance. People would have brought their best dishes to share for dinners on the ground of the courthouse and up and down city streets.

“There was likely no such thing as a food committee back then,” Cobb continued. “Normally people brought enough food for their family and to share with others. It would have been common to hear someone invite a stranger to come and join them for ham, cornbread and a mess of fresh turnip greens.”

This weekend’s convention promises to be just as well attended, although the parking lot will be full of cars and trucks instead of wagons and other horse-drawn conveyances.

Well-known singer and songwriter, Squire Parsons (who will be performing in Cullman August 23) grew up with shaped-note music. It has had a huge influence on his writing and his success. Singers Jerry Lee Lewis and Elvis Presley would have had a great deal of exposure to shaped-note music, having grown up in the rural South where it has retained one of it’s purest, unadulterated forms, in part because of the area’s small churches, some of them very isolated from outside influences.

Another reason that this musical phenomena has continued to be handed down decade after decade in an effort to keep it alive is because of people like Cobb, who has long been a   champion of shaped-note music. At one point, Cobb was president of the Sacred Harp Convention. His books on the subject are some of the most informative and well-researched sources of the history of the genre. Cobb has attended scores of conventions like the upcoming event over the years, collecting photographs and stories told by the old-time singers of Sacred Harp music in an effort to preserve its history for future generations.

According to Cobb, an accurate description of a group of Sacred Harp singers might consist of “ordinary-looking people of various ages and other demographic factors attending classes, having lunch, going through perfectly ordinary motions — but somehow attuned to, or led by, a voice the rest of the world didn’t, couldn’t hear…”

This was the music of the coal mines of Kentucky, the cotton fields of Alabama, the sugarcane plantations in Louisiana and the low-country marshes of Georgia and South Carolina. You would have heard it coming from opened windows of little white churches in West Virginia, and it would have been a familiar sound in turn-of-the-century Mississippi Delta and the Appalachian mountains of Tennessee.

If you know what to listen for, you can hear remnants of Sacred Harp music in many hit songs played on today’s radio. A group of Sacred Harp singers preformed two of the songs in the 1990s movie, “Cold Mountain” starring Nicole Kidman, Renée Zellweiger, Jude Law and Lucas Black. Buell Cobb was among that group of singers.

For more information on the Sacred Harp Convention, contact Drew Green at the Cullman County Museum; 256-739-1258.