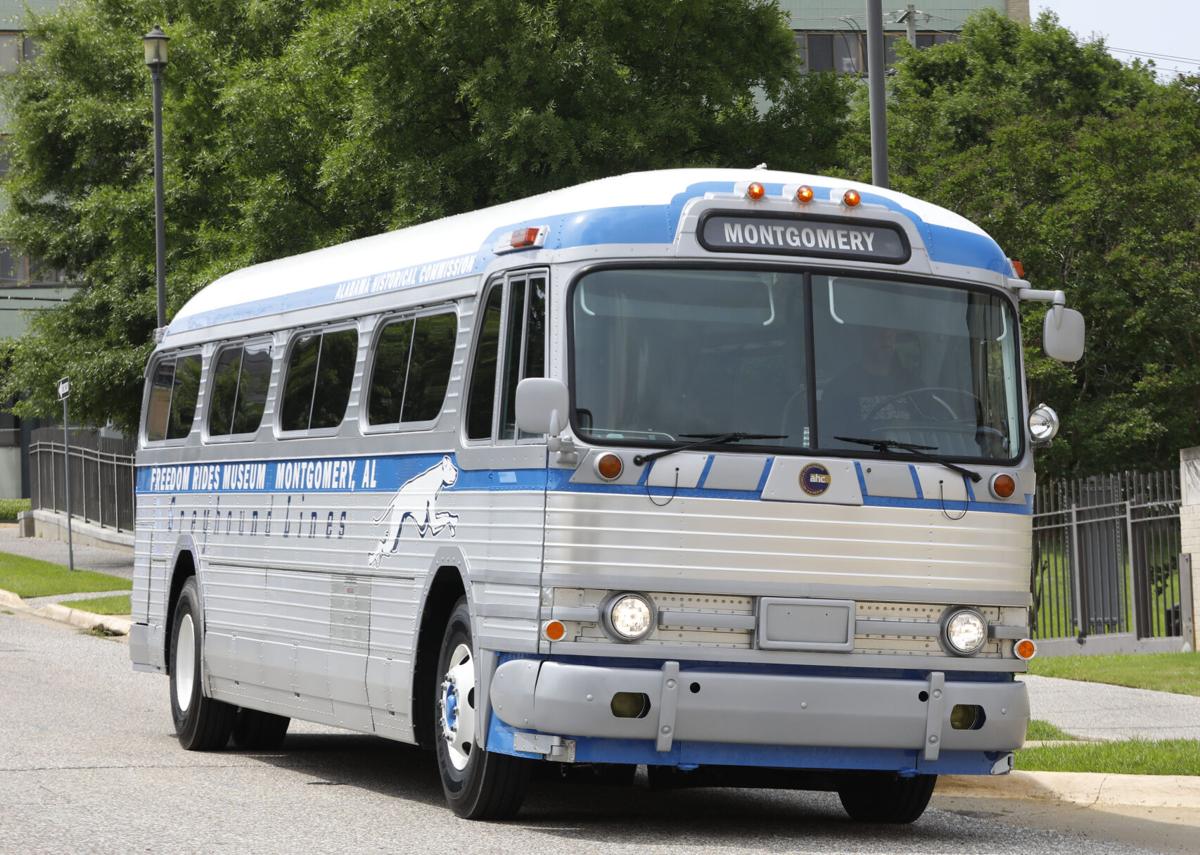 The restored Greyhound bus will be on tour for the 60th anniversary of the Freedom Rides. 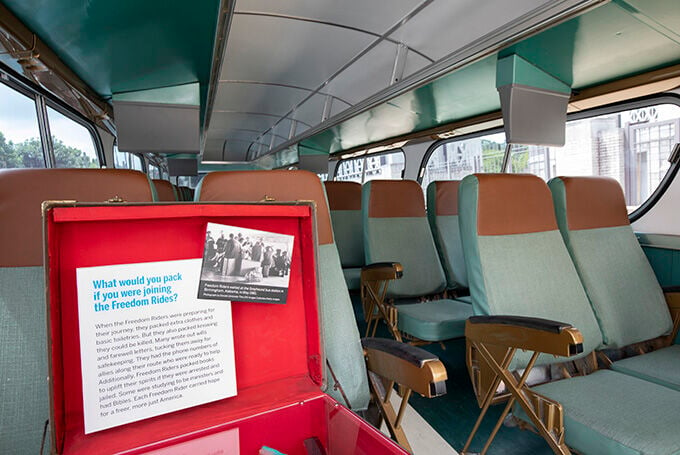 The bus tour carries out the theme of the year-long commemoration of the 60th Anniversary of the Freedom Rides, “Retracing the Journey. Passing the Torch.” The Freedom Rides, which took place throughout the South beginning on May 4, 1961, and continued through that summer, would ultimately lead the Interstate Commerce Commission to issue regulations prohibiting segregation in interstate transit terminals in the fall of 1961, under pressure from the Kennedy administration. This affected all interstate travel including bus, train and air travel.

“By taking the newly restored Greyhound bus on a tour of the stops where the Freedom Riders encountered their most violent resistance, the Alabama Historical Commission is bringing the history of the Freedom Riders and their message of equality as the basis of American democracy to new generations in the context of where these historic events occurred,” said Alabama Historical Commission Chairman Eddie Griffith. “This ride is planned as the first of other tours planned throughout the South to bring this history to its citizens.”

The tour will visit the following cities and locations:

Visitors in each city will have the opportunity to board the bus and be immersed in some of the sounds, stories and songs of the Freedom Rides and view a suitcase exhibit encouraging them to envision what it would take for them to make such a journey. In some locations, original Freedom Riders will participate in the program.

“Preservation efforts like the one that saved the Greyhound bus station are at the heart of what we do,” said Lisa D. Jones, Executive Director of the Alabama Historical Commission and State Preservation Officer. “We work with concerned citizens and community partners to identify historic places that are in danger, then develop and execute a plan to preserve and protect them. Sharing their stories keeps history alive.”

Events will include a book signing at the Freedom Rides Museum from 12-1 p.m., a showing of the film at 3 p.m. at the historic Capri Theatre in the Cloverdale Historic District, and a broadcast live-stream presentation featuring discussions with the filmmakers, Freedom Riders, activists and actors open to the public at the Freedom Rides Museum at 6 p.m. For more information about the Capri showing, contact Martin McCaffery, Capri Theatre: director@capritheatre.org. For more information about the film feature, contact Verane Pick Brown: veranepick@me.com.

The Freedom Rides Museum is a historic property of the Alabama Historical Commission. For more information, visit www.ahc.alabama.gov.

This is the first in a series on the 60th Anniversary of The Freedom Riders.

Anniston’s Freedom Riders National Monument honors those who made trip

This is the second in a series on the Freedom Riders