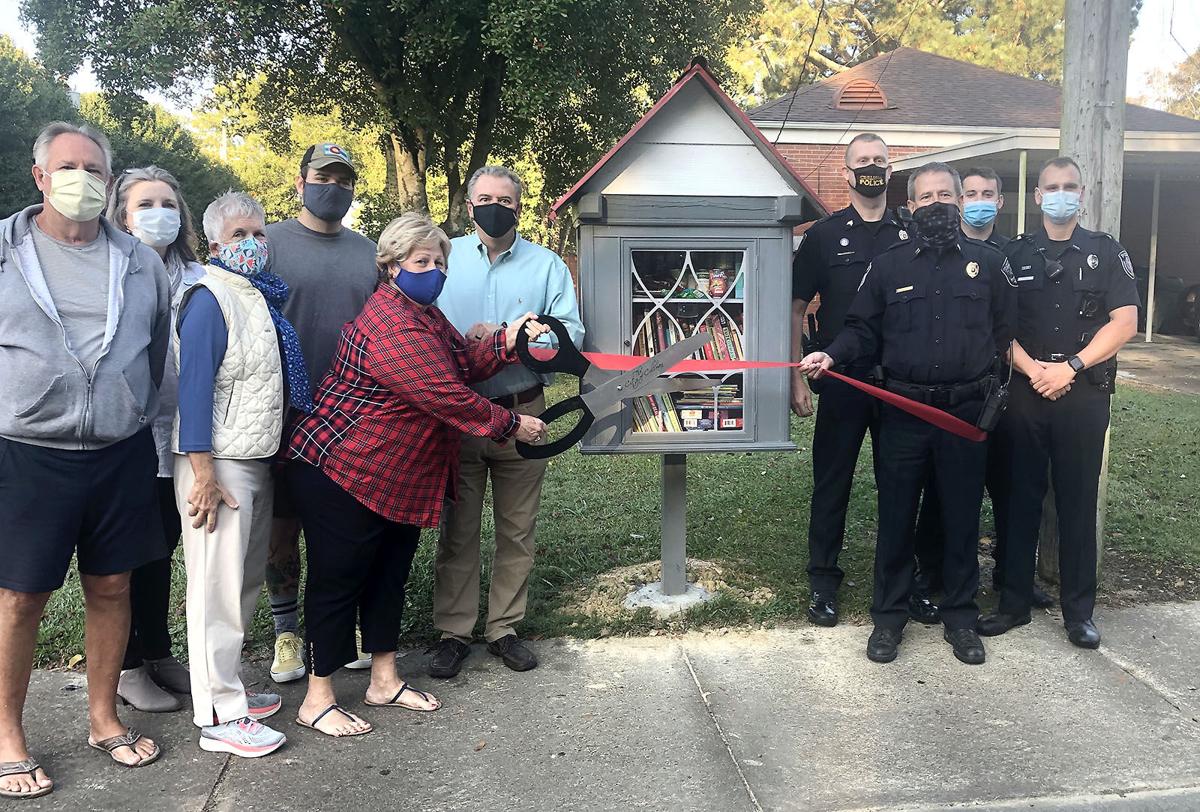 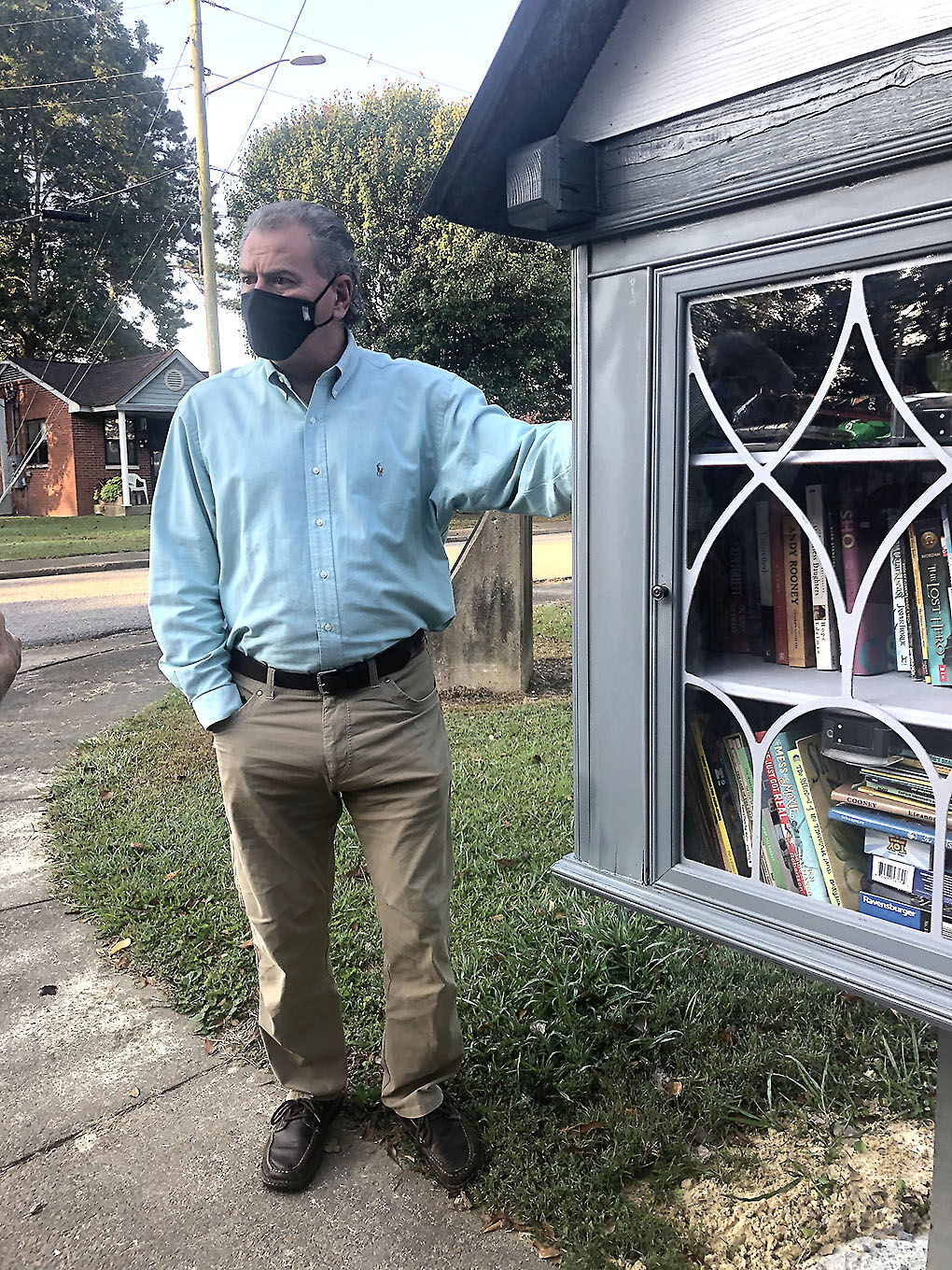 Steve Sides with the housing authority is seen with the newest Little Red Library.

Steve Sides with the housing authority is seen with the newest Little Red Library.

A family china cabinet has found a new purpose and is sporting a new look. A cabinet once owned by Susan Hauk’s grandmother, Grandma Martin, aka “Mama Martin” is the latest Little Red Library in Cullman. Hauk said Mama Martin used to hide orange candy slices on the top shelf of the cabinet, in an attempt to keep them away from the kids. Ironically, at the ribbon cutting on Tuesday morning, residents had already filled that same top shelf with food donations.

The cabinet had been sitting in Susan Hauk’s basement for a while, one of several pieces of her grandmother’s dining room set that had been scattered among family members. “Nobody needed this little china cabinet,” she said.

So when son-in-law Justin Patterson said he was having trouble finding a cabinet to use as a little free library, Hauk, who is on the board of the Friends of the Cullman Public Library System board, offered up the cabinet.

Patterson said he spent about two weeks transforming the top of the cabinet into a book case - complete with solar lights so people can pick out a book in the dark. He said he was inspired to create a library for others because he grew up in a house with limited books and none that interested him. As an adult, he said he’s “recently just gotten into reading.”

He hopes the neighborhood library will get others reading. “Maybe somebody will find something they like here,” he said.

The new Little Red Library is on Rosemont Ave, just down the street from West Elementary School, where the Cullman Police Housing Authority precinct is located. Hauk’s brother, Patrick Martin, showed up to the ribbon cutting with a bag of books to donate, only to discover that the neighborhood had already packed the cabinet with nonperishable foods and books of all genres.

Even as the books are borrowed, the cabinet will likely remain full. Victoria’s Hope, a nearby thrift shop, has committed to donating books it gets to the Little Red Library.

Hauk said Mama Martin would be pleased. “I think she’d be happy with this,” she said.

Memorial Service for Frederick Mathis, age 78, of Cullman, will be at 1 p.m. on Wednesday, January 26, 2022, at Simcoe Baptist Church. Cullman Heritage Funeral Home is in charge of arrangements. Mr. Mathis passed away on Saturday, January 22, 2022, at his residence. He was born January 26, 1…

Memorial service for Stanley Joe Pesnell was Sunday, January 23, 2022. Mr. Pesnell passed away Friday, January 21, 2022, at his residence. He was born January 31, 1953, to Fredrick and Trevah Pesnell. He served in the U.S. Army and was a forklift operator. He was preceded in death by his mom…