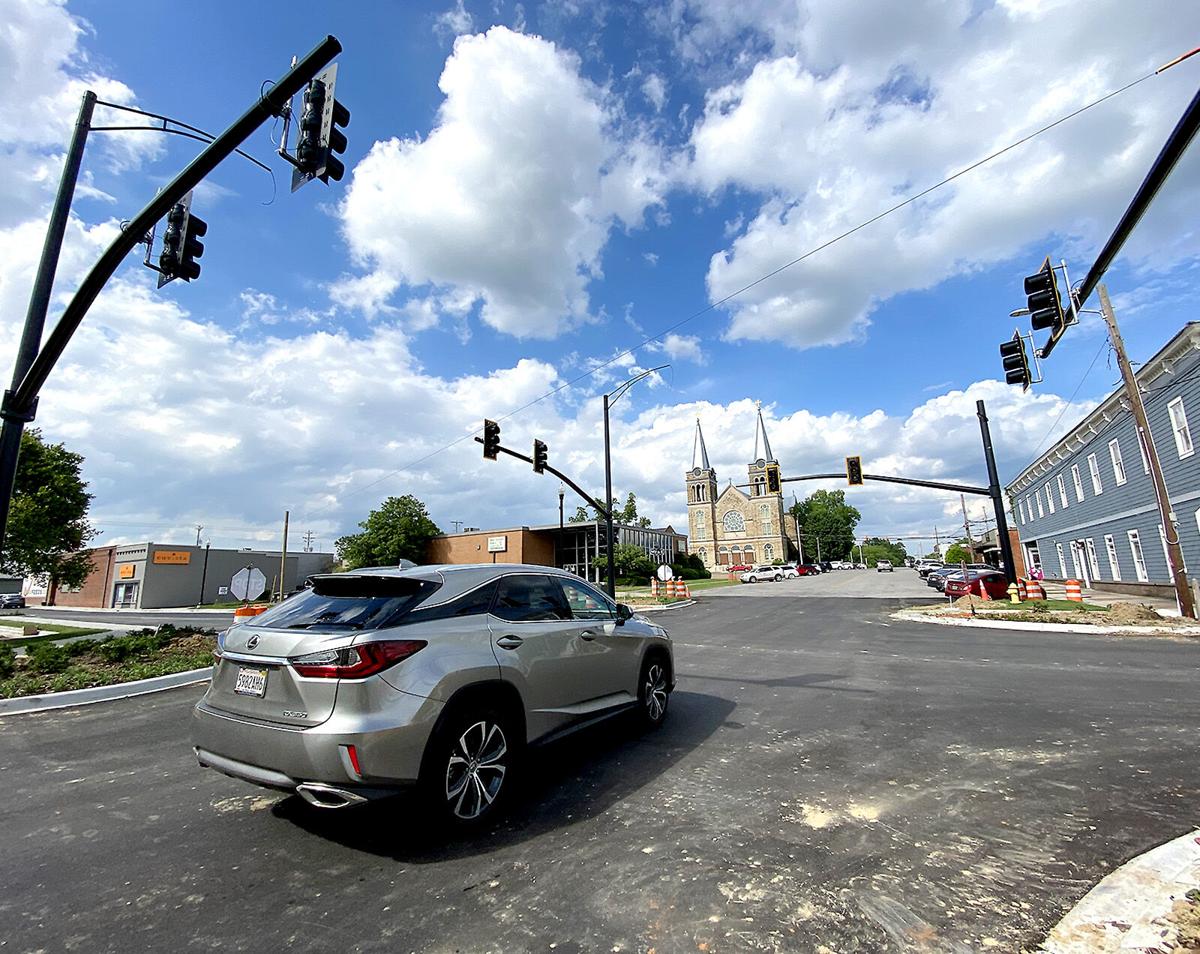 A car travels along Second Street Southeast in the Warehouse District Friday afternoon. Paving has been completed and new traffic arms have been installed, but have not yet been activated. 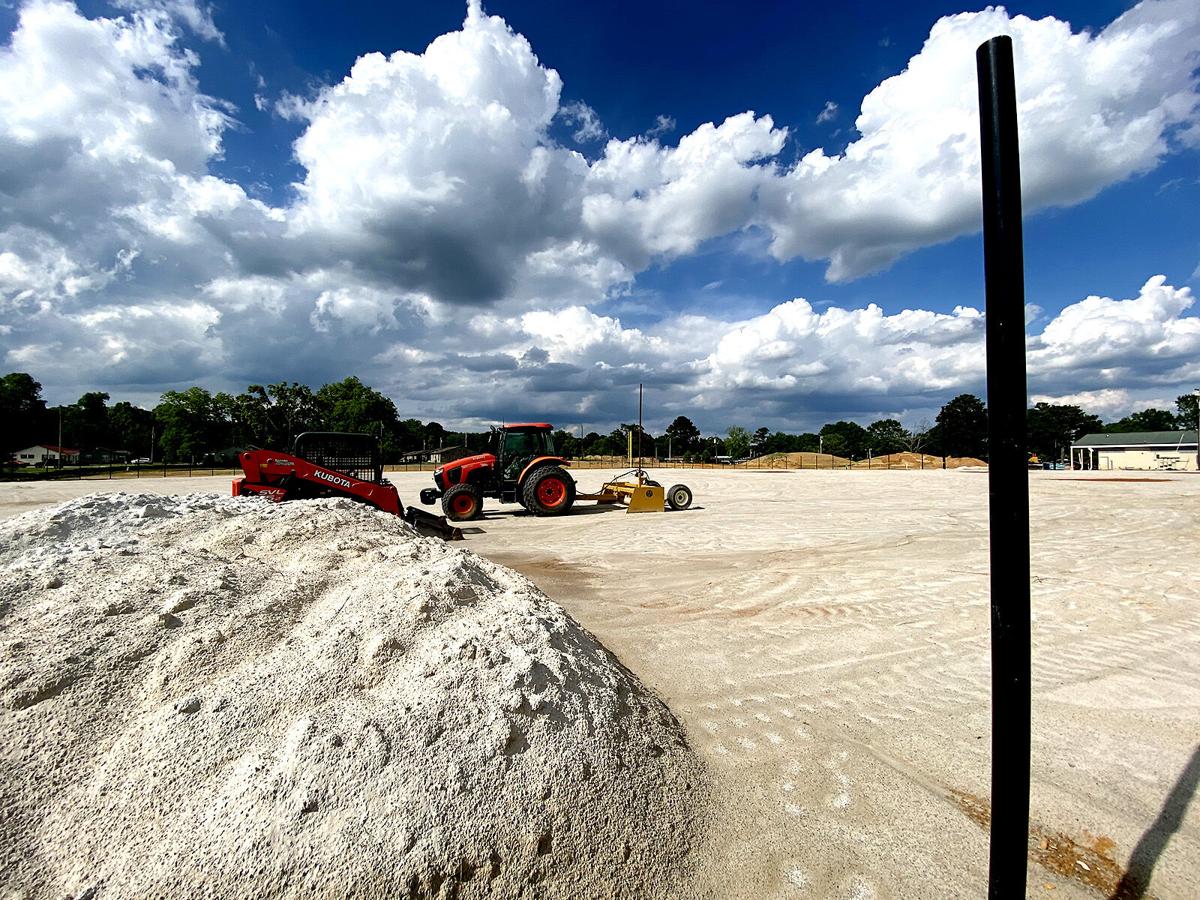 A total revamp is underway at Nesmith Park, seen Friday afternoon, that will include a splash pad, ball fields, pickelball courts and playground.

A car travels along Second Street Southeast in the Warehouse District Friday afternoon. Paving has been completed and new traffic arms have been installed, but have not yet been activated.

A total revamp is underway at Nesmith Park, seen Friday afternoon, that will include a splash pad, ball fields, pickelball courts and playground.

Attribute it to “growing pains:” The city of Cullman has a number of projects going on that will cause disruption over the next several months, but in the long run will add to the city’s quality of life, says Mayor Woody Jacobs.

At a recent council meeting, Jacobs briefed the council on some of those projects, including a just-approved 2nd Ave project, and deadpanned, “It will be chaotic and terrible. We will be cursed. But we’ll get through it.”

The work on 2nd Ave. is designed to improve the street lights and accessibility for people with disabilities. The city is using federal funds from a Transportation Alternative Program (TAP) grant for the project, which Jacobs estimates will take about a year to complete once it begins in mid-August.

Estimating the length of a project, however, is sometimes difficult. Contractors, he said, will estimate it based on the number of “work days.”

“If they don’t work, it’s not a day,” said Jacobs. Reasons for not working can run the gamut from weather delays to waiting on parts.

The First Ave. streetscape project, for example is still not considered complete because there was a delay in getting the bollards which will be used to block off traffic for certain events. The bollards are scheduled to be installed next week.

The 2nd Ave. project is an extension of what was done on First Ave., although it won’t have all the same design features as First Ave. Nor will it require as much work on the underground infrastructure, but Jacobs said they are using it as an opportunity to reroute a sewer line that goes under the old Farmers’ Market lot on 2nd Ave. that the city owns.

“It’s pretty much unusable for building with that line under it,” he said.

The property sits across the street from what will be an expansion of Depot Park, another project Jacobs said is in the city’s long-range plan.

“There’s been a lot of thought and planning put into that,” he said. While the original concept plans have changed somewhat, Jacobs said the plan to have a “grand lawn” remains intact.

Parks are another area where the city has projects either in process or about to launch. The city budgeted $1.7 million this year to the Parks and Recreation Construction Fund.

New projects include a new Civic Center and an expansion of the Aquatic Center’s slide complex to add a wave pool and more water slides. By summer of next year, the outdoor water area at Cullman’s municipal fitness complex will have more than doubled in size.

The civic center will be able to host meetings and events, said Jacobs.

The Nesmith Park project near West Elementary School broke ground last year and is well-underway. The $900,000 project - funded in part by a $400,000 grant - includes a splash pad, ball fields, pickelball courts and playground. The city is also moving power lines underground as part of the renovation.

Jacobs has also been researching the park on many residents’ wish list: a skateboard park. “We need a community skate park,” he said. “We’re in the process of developing a design-build for a skate park. It’s not going to be a multi-million park, but it will be nice.” The city will be looking for grants to help fund the skate park, as they do on many projects.

Parks don’t just provide a place for people to have fun, they also provide a financial return for residents, said Jacobs.

“These parks enhance property values,” he said. “Every one you build, you’re amazed at how many people use it. People like amenities.”

They also like roads, even if they don’t like the actual work it takes to widen and maintain them.

“Everybody cheers when you announce the project, everyone curses you while it’s happening and then they cheer when it’s finished,” said Jacobs.

Among the on-going and soon-to-be road projects are the widening of Highway 157, repaving and rehabing of West Main from Hwy. 278 to Cherokee Ave., resurfacing and rehabing a section of 24th St. and the installation of a new traffic light at 24th St. Jacobs said the projects provide for a growing population and also help with traffic safety.

And there is a reason all these things seem to be happening at once - construction projects are best done in warmer weather. “You like to get out of the dirt by October 1 or October 30 at the latest,” said Jacobs. “But we’re really blessed that we have the opportunity to do all this.”