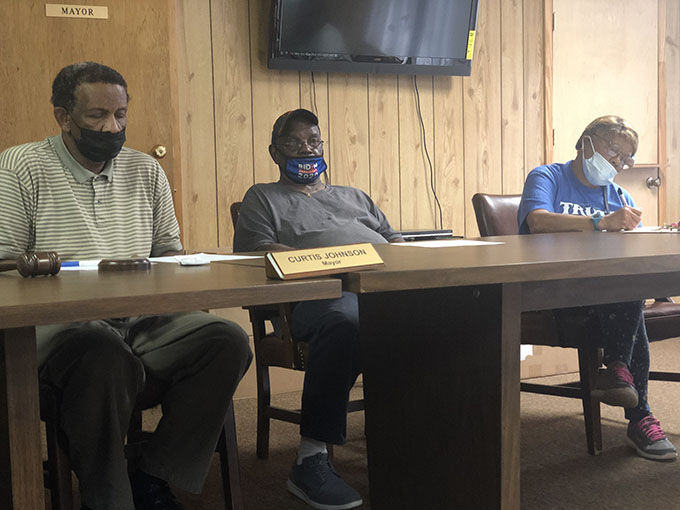 Colony Mayor Curtis Johnson, from left, and Council members Samuel Ashford and Mary Louise Parker are pictured at Thursday's called meeting to appoint interim clerks who can fill in until the town hires a new clerk. 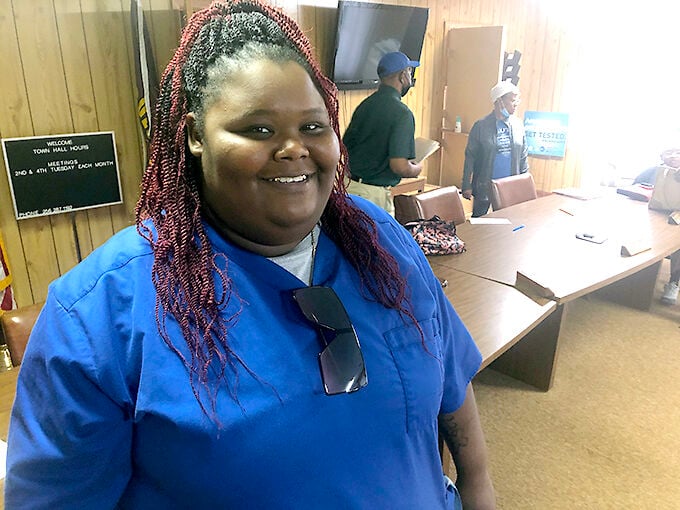 Colony Mayor Curtis Johnson, from left, and Council members Samuel Ashford and Mary Louise Parker are pictured at Thursday's called meeting to appoint interim clerks who can fill in until the town hires a new clerk.

COLONY — Colony’s town leadership has a new look again, with Tuesday’s resignation of a sitting council member along with the appointing of a new one to an already-vacant seat.

At the town’s regular council meeting Tuesday, council member Samuel Ashford resigned his position on the Place 1 seat. Ashford read a brief prepared statement to mayor Curtis Johnson and the two other council members in attendance (council member Ethel Alexander was not present at Tuesday’s meeting.) Ashford, who had just begun his second term, did not offer a reason for his resignation, saying only that it had been an honor to serve the town for the past four years.

The council waited until the end of the meeting to vote to accept Ashford’s resignation, preserving the needed quorum to conduct its other business Tuesday. In a separate measure, the council appointed Colony resident Michael Johnson to fill the council seat left vacant by the departure of Eric Carwell, who resigned his position in May. With one seat filled and another left vacant, the council is now tasked with the process of naming a replacement to fill Ashford’s vacant seat.

Though tumultuous recent council meetings have drawn criticism from residents for appearing to bring personal disputes into the open, Tuesday’s meeting bore a more optimistic and upbeat tone — thanks in large measure to the recent success of community events organized by council member Jasmine Cole, who’s currently serving her first term.

With assistance from volunteers, Cole organized and helped stage a Memorial Day-weekend basketball tournament at Colony that raised $708 in funds toward needed roof repairs at the town’s gym and educational complex. Public comments from several audience members reflected a collective relief and gratitude toward Cole for creating events that bring the community together, and an enthusiasm for pitching in as Cole coordinates more upcoming events through the summer.

“It made me feel like back in the day, when Colony could sit down, laugh and talk, and greet each other and get along,” said one woman in attendance. “Everyone had a good time….My hat goes off to her. It was beautiful.”

Cole already has more ideas for getting residents together while raising funds for the roof repairs. On July 4, Colony will host a three-activity tournament at the town park, charging entry fees for two of the activities (cornhole and horseshoes) while leaving kickball, the third one, free and open to anyone who signs up.

The July 4 tournament will serve as a holiday community outing, kicking off at 3:30 p.m. and running into the night, when the town will end the evening with a fireworks show. Entry fees for the cornhole and horseshoes tournaments are $25 apiece, and clear the way for two-member teams to compete for winning prizes of $100 each.

“The roof on the gym and the roof on the complex need the repairs” Cole told The Times. “That’s why I’m doing it. We need positive stuff to happen here, and we need people to know about it and feel like they’re part of this community.” Though an earlier repair estimate came in above $32,000, Cole told the council Tuesday that she hopes to field additional estimates in an effort to bring the cost down.

On July 31, the town also will host a 7-on-7 flag football tournament — another of Cole’s fundraising ideas. Cost for entry is $75 per team, with the tournament taking place at the town park. Signup forms for both the July 4 and July 31 tournaments are available at the Colony Community Center.

Another community program — this one free of charge — starts today and will run until school resumes in the fall. Cole and local volunteers are kicking off a summer camp program for potty-trained kids and teenagers of all ages.

The weekly camp will be held from 10 a.m. until 4 p.m. on Tuesdays, Wednesdays, and Thursdays, and requires parents to sign a waiver and leave their child’s emergency contact information — all of which can be done at the community center. Though the camp starts today, it’s fine to enroll your child at any point this summer: “The more the merrier,” said Cole.