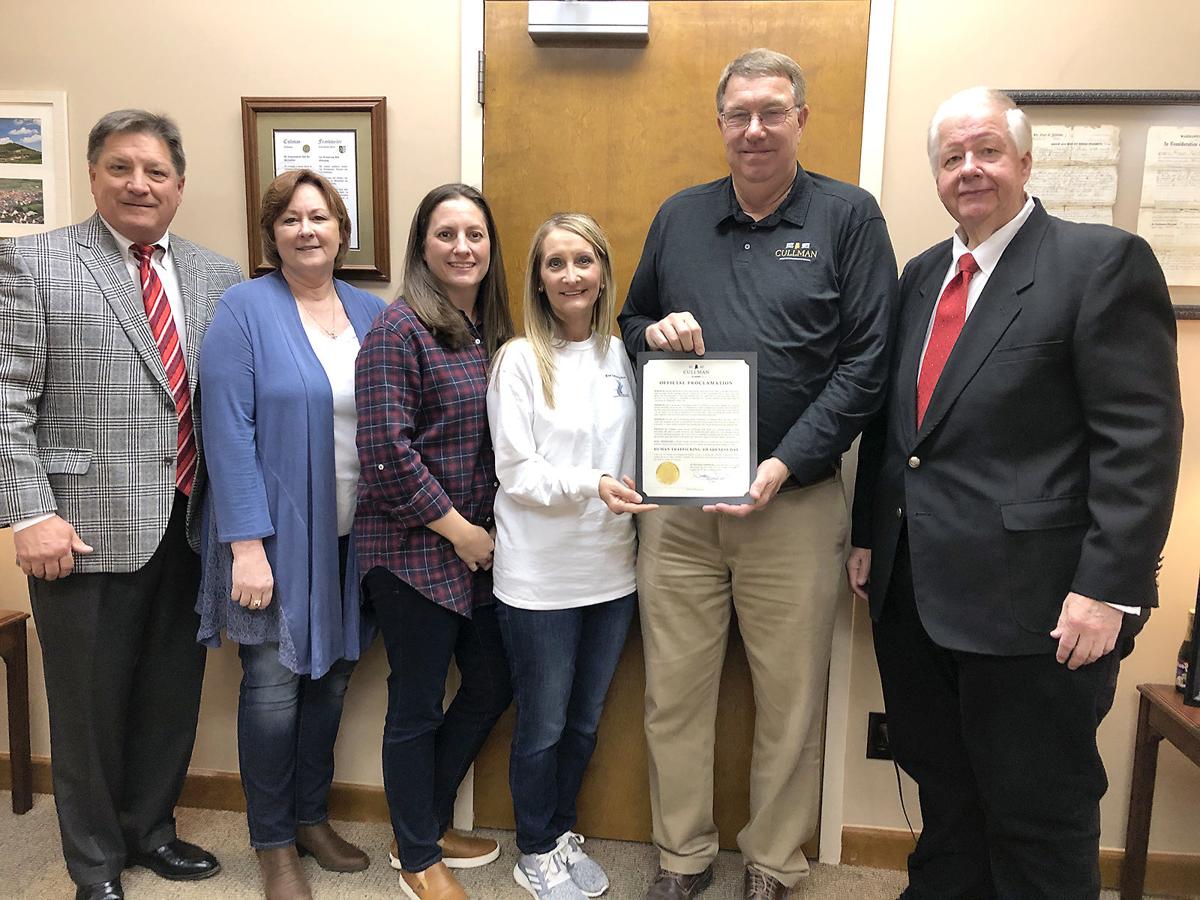 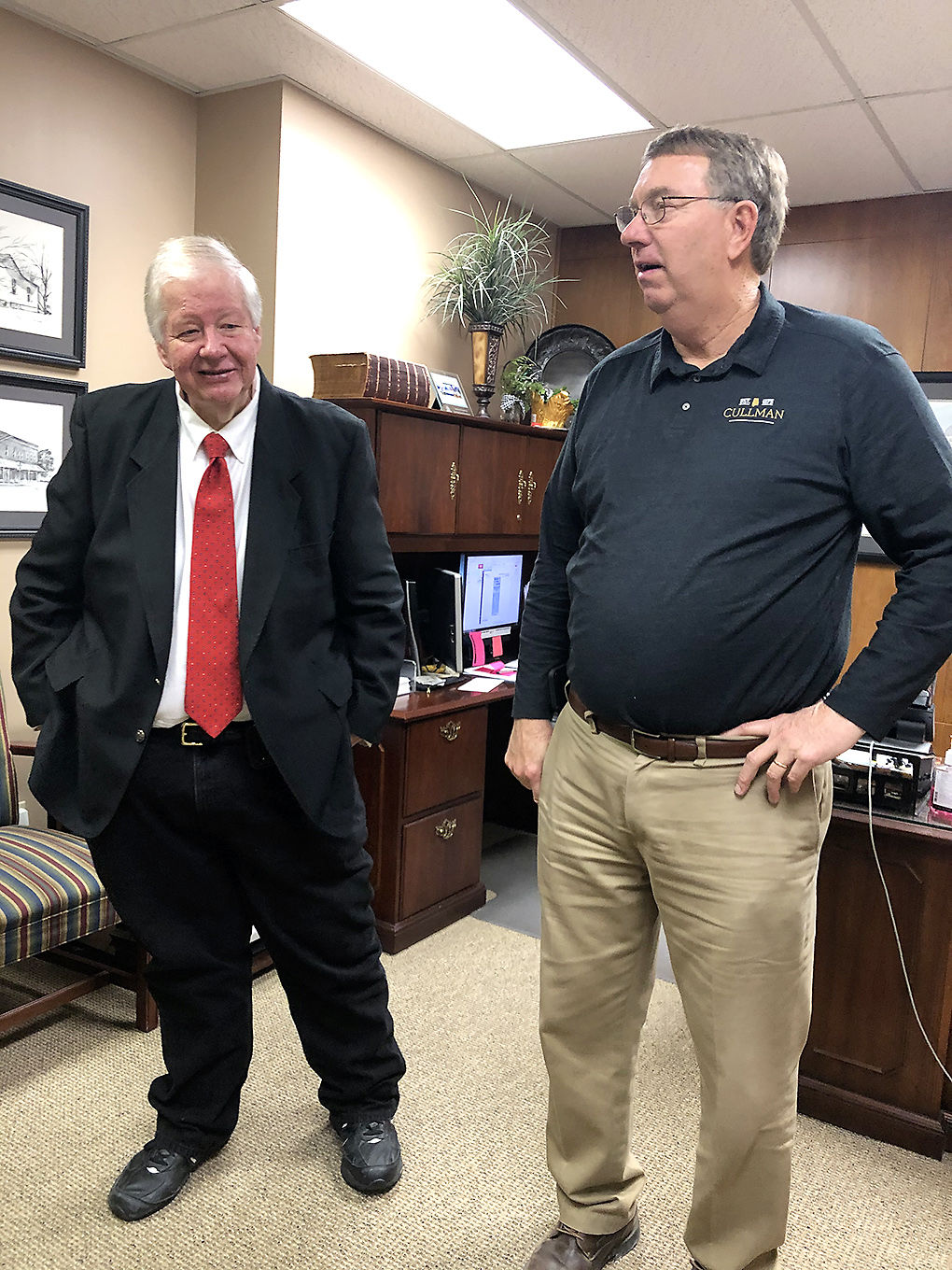 This coordinated effort is the sixth annual Alabama Human Trafficking Awareness Day and is designed to spread awareness of human trafficking across the state.

The proclamation signed by the municipalities says, “Whereas human trafficking is a very real problem facing the world today and although it can take many forms, including debt bondage, forced marriage, slavery and commercial sexual exploitation, it goes against the core principles of individual freedom and civil rights that our state and nation stand for.”

It asks residents to help raise the visibility of the crime and be aware of situations that could be human trafficking.

Cullman Mayor Woody Jacobs said the city is committed to working with the Cullman County Human Trafficking Task Force to bring the issue to people’s attention. “Awareness is the main thing,” he said. “We’re right on the interstate and we want people, if they see something weird, to call. Also, it can be going on in the house next door to you.”

It was created in 2015, and since that time, three human trafficking cases have been made. Wilson said that shows that people are becoming more aware of the issue of trafficking. “Our goal is to find the people who are doing it and keep people educated so they know what to look for,” she said.

The purpose and agenda of the Alabama Human Trafficking Task Force include the following:

2. To pursue a comprehensive response to crimes of human trafficking.

3. To coordinate strategies to provide necessary services for victims of human trafficking.

4. To focus prevention efforts to end the demand for human trafficking and create

awareness through education and community initiatives.

5. To develop legislation to prevent, intervene, and treat human trafficking.

The Alabama Human Trafficking Task Force was established in 2014 and meets once a quarter at the Alabama State House. Meetings are open to the public.