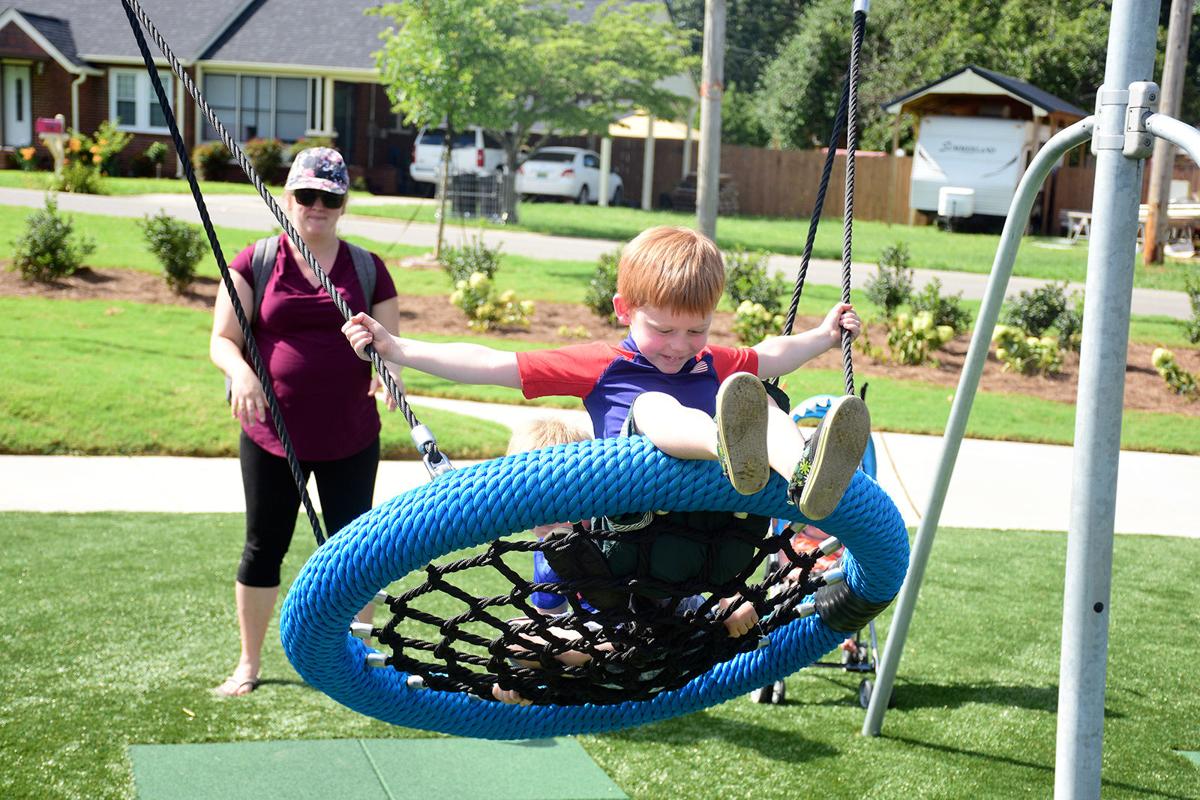 Sean-Henry and Sawyer Batton get a push from Sarah Batton on the Connected Playground’s new swing set. 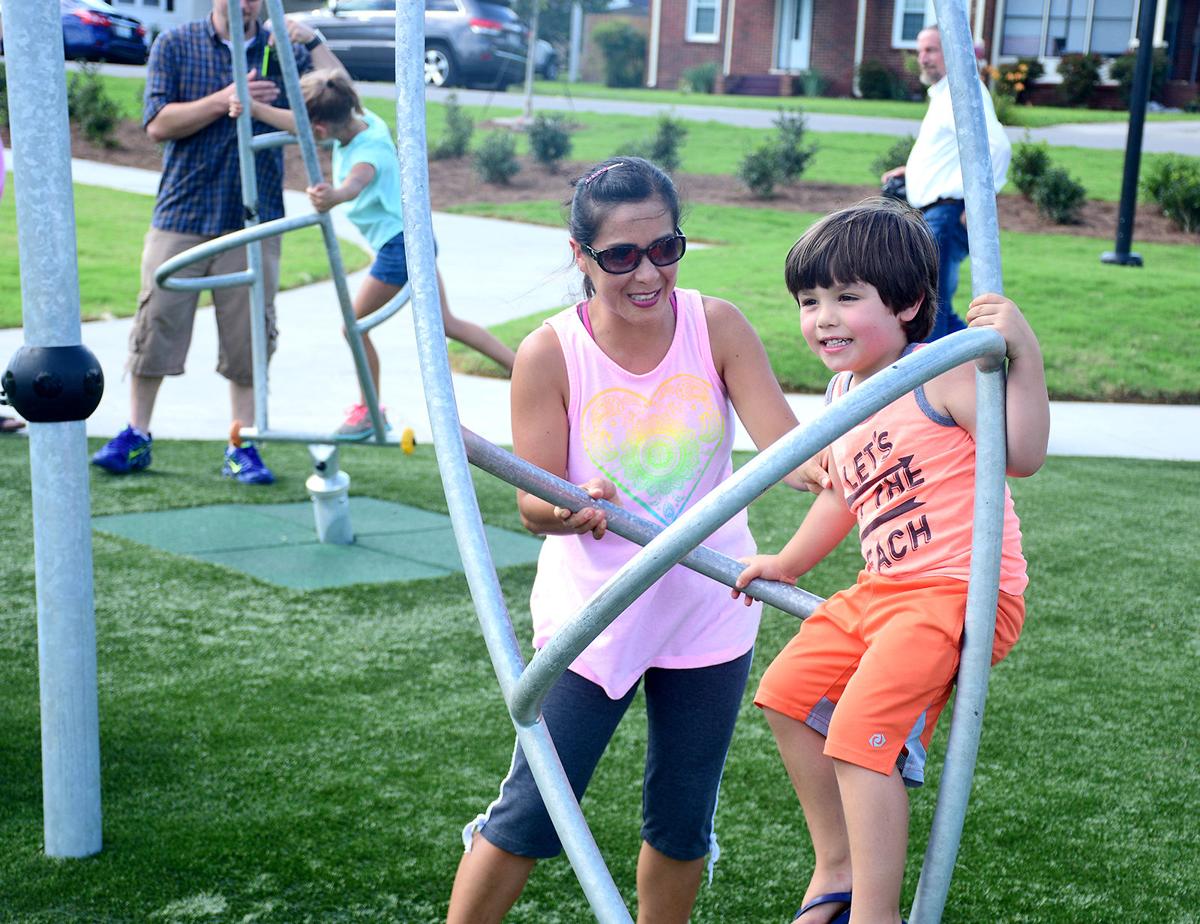 Yenny and Nathan Laney try out one of the new pieces of equipment that was installed in the new Connected Playground in Ingle Park. 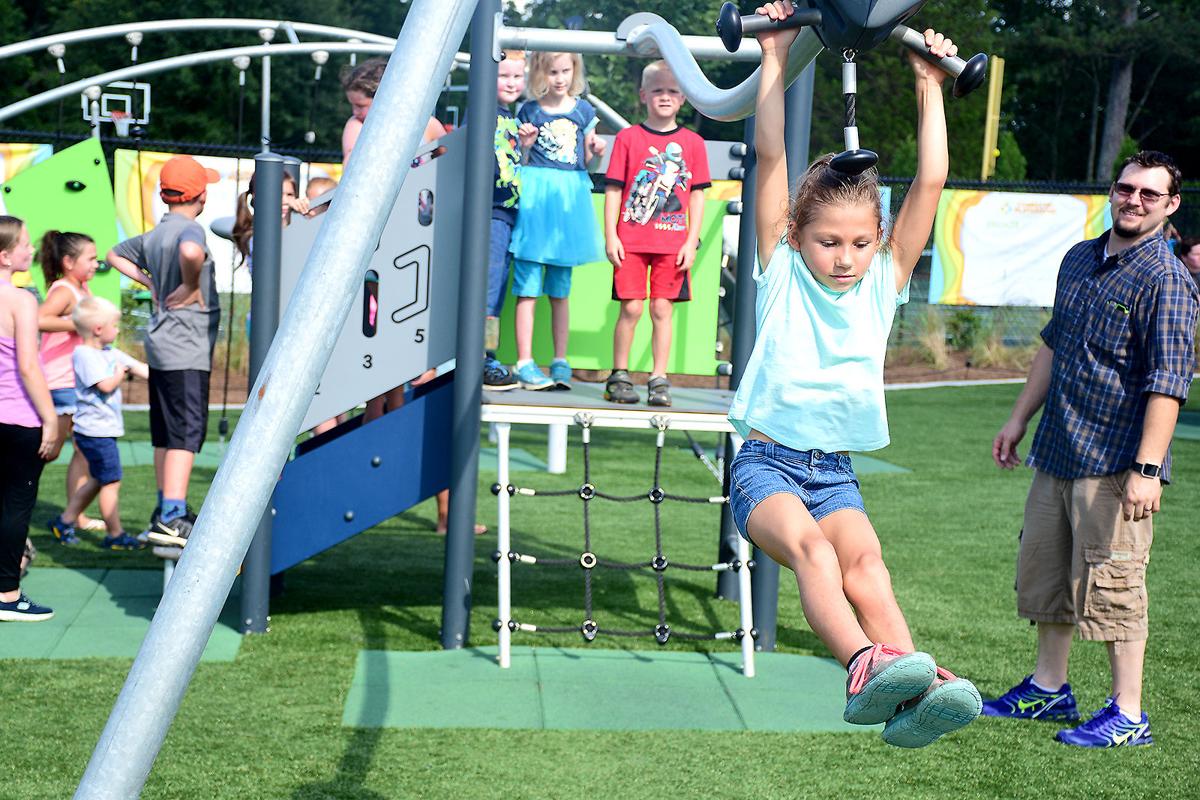 Lilly Praytor takes a ride on one of the new features in the Connected Playground. 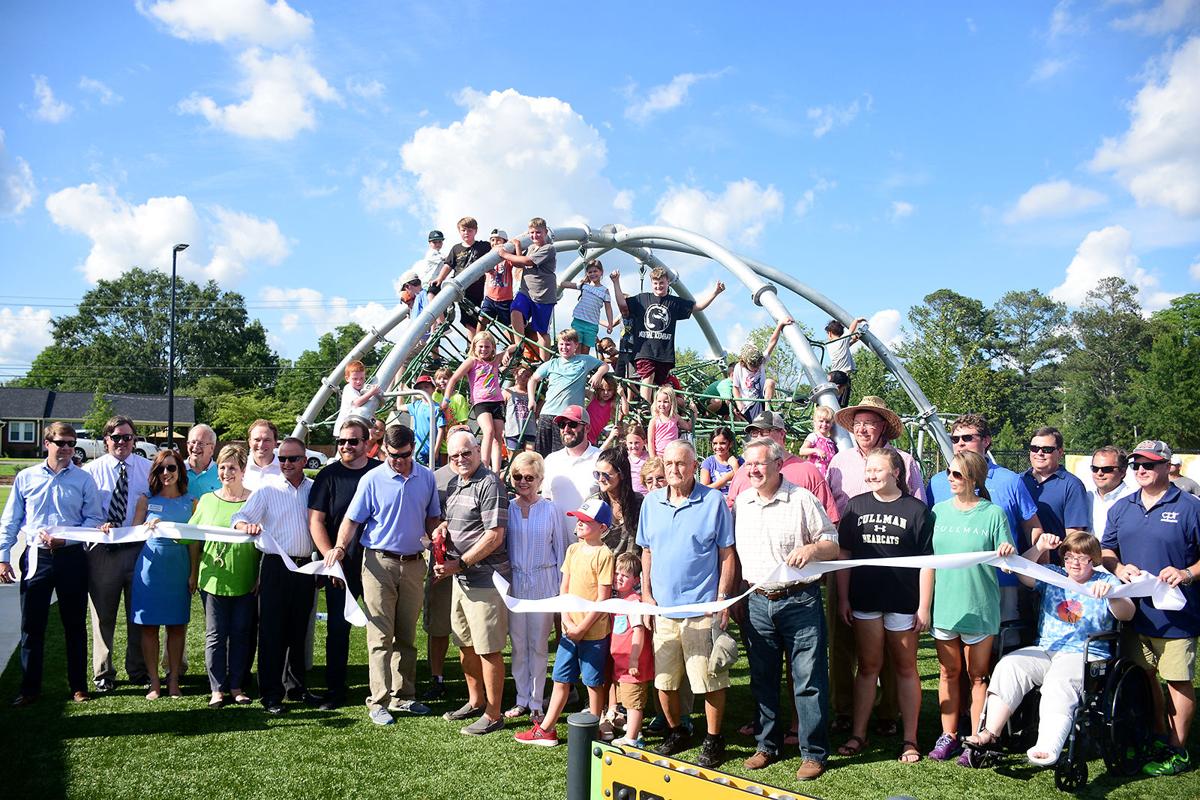 Sean-Henry and Sawyer Batton get a push from Sarah Batton on the Connected Playground’s new swing set.

Yenny and Nathan Laney try out one of the new pieces of equipment that was installed in the new Connected Playground in Ingle Park.

Lilly Praytor takes a ride on one of the new features in the Connected Playground.

After a few years of planning and fundraising, Cullman has a new place for children of all abilities to gather and play in the newly installed Connected Playground in Margaret Ingle Park.

In a ribbon cutting ceremony for the park Friday afternoon, city officials and members of City Parks and Recreation staff, board and foundation were joined by local families to celebrate the renovated park’s official opening.

Cullman Parks and Recreation Director Nathan Anderson said he and a few others gathered in Ingle Park four years ago with their architect, and they began to dream of a future for the park.

After four years of planning and fundraising, those dreams have been realized with the help of the community, he said.

Anderson said raising the money for the park was a challenge, and many people and groups made contributions to help the dream of the Connected Playground become a reality.

He said Parks and Recreation worked with Rock the South promoters to join together to raise money through parking at the event, and raised $140,000 for the playground. Dinner on First was also a major fundraiser for the park, with $100,000 raised just through that event, Anderson said.

Anderson thanked those who donated to the playground, and said all of the contributors are listed on banners that are hanging in the park.

“We are truly grateful to you and your support, and grateful to all those who worked hard to make this possible,” he said. “Because we have a dream come true today in this park.”

The new playground features specialized equipment, including play areas that are lower to allow wheelchair access, and a soft artificial turf surface that should protect children who fall and will make it easier to roll a wheelchair.

Other special features include enclosed spaces that can provide support and stability so children can sit up on their own, as well as sound and touch features that can be beneficial to children with sensory issues.

The rest of the park has also received a renovation, with four pickleball courts, a new basketball court, and two four square courts.

Patrick Laney, who attended the ceremony with his wife Yenny and son Nathan, said his son is autistic and had enjoyed trying out the new equipment that the Connected Playground has, especially some of the equipment that spins.

Laney said his family already goes to a few other parks in Cullman, but the specialized equipment in the Connected Playground will definitely bring them back to Ingle Park in the future.