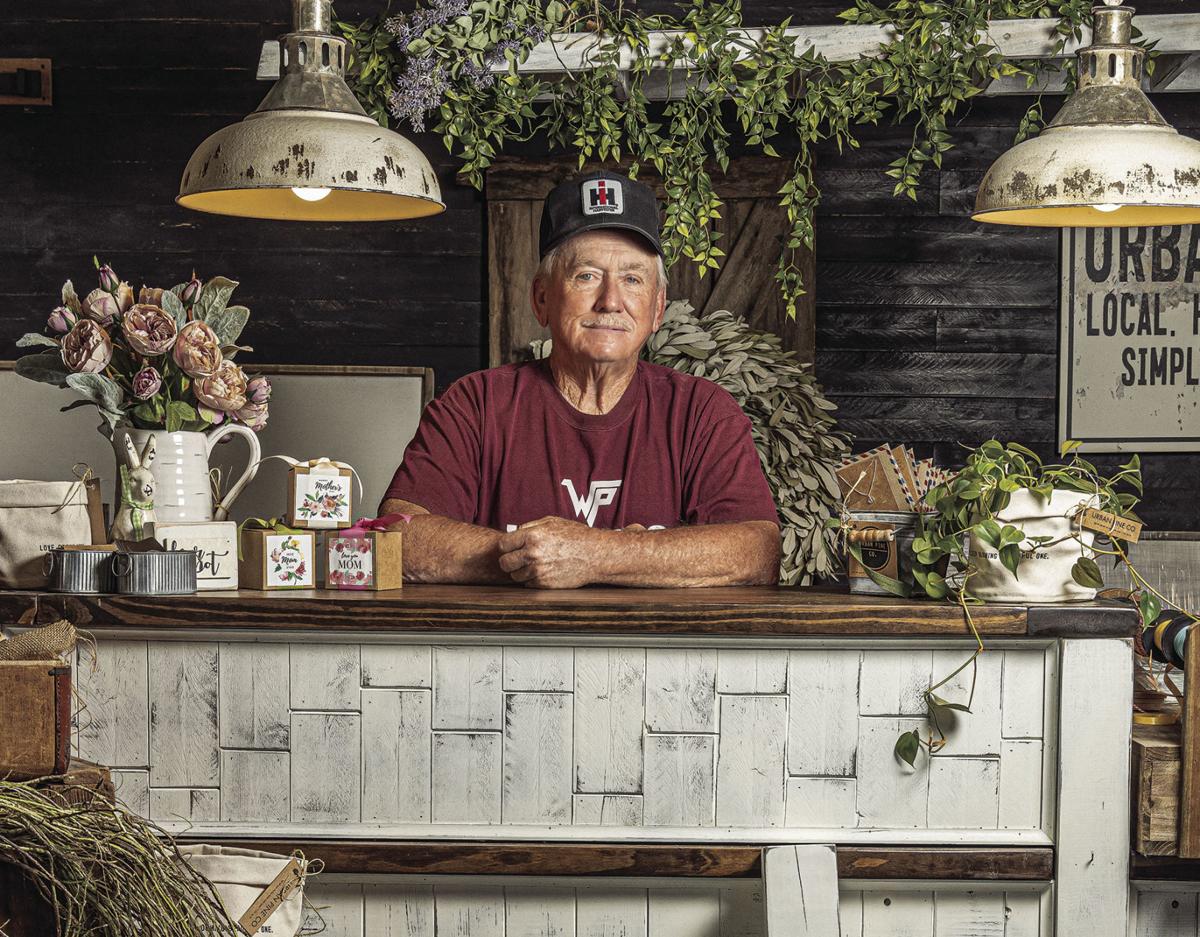 West Point’s Larry Couch sells his handmade birdhouses at his family’s store, Urban Pine Co., and in festivals and shows around the region. 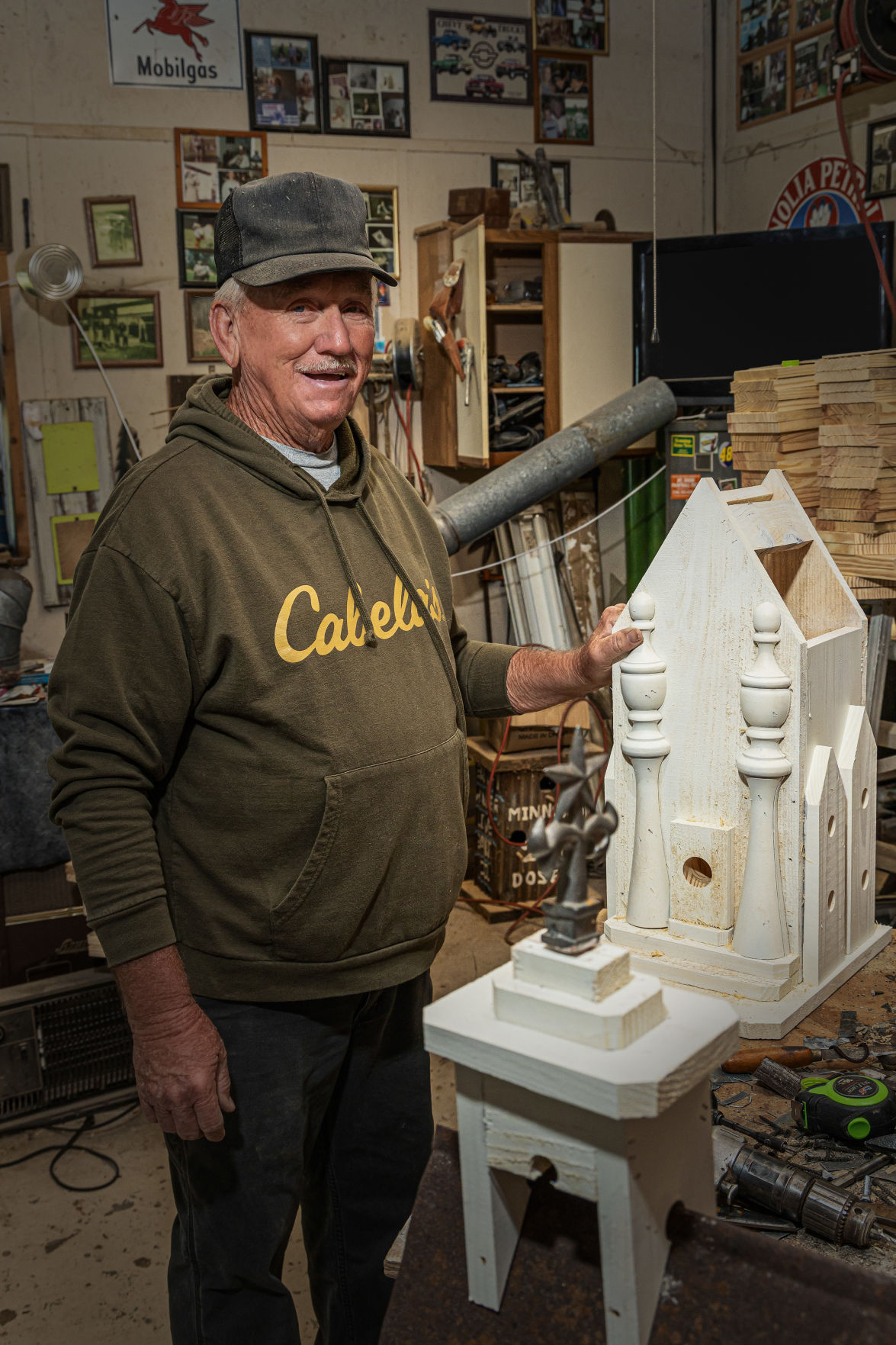 Larry Couch stands with one of his handcrafted birdhouses.

West Point’s Larry Couch sells his handmade birdhouses at his family’s store, Urban Pine Co., and in festivals and shows around the region.

Larry Couch stands with one of his handcrafted birdhouses.

Over those four decades, Couch never kept an accurate count of how many birdhouses he has built, but he said there have been hundreds and hundreds that he has sold at festivals around the south.

“I wish I had kept up with it,” he said. “But I never thought it would escalate that much.”

Couch’s birdhouses are always a popular item when they are sold at festivals, including the Bloomin’ Festival, where they have been a hot commodity for more than 20 years, he said.

“When we do the Bloomin’ Festival, I don’t bring any home,” he said. “They’re all sold.”

While many of the birdhouse sales come at festivals, they are also available at a local store that was opened last year by his wife, Ann, and his daughter, Tammy. The store, Urban Pine Co., is located at 7321 AL Highway 157, and features Couch’s birdhouses alongside other handcrafted furniture and goods.

While he is the one who builds the birdhouses, Couch said he mainly leaves the selling to Ann and Tammy, and his wife is also in charge of another important aspect of their design.

“She paints them and I build them,” he said. “They don’t let me near a paintbrush.”

Couch said his color choices may leave something to be desired, but he is still responsible for decorating the birdhouses — including the old tin that makes up the roof for most of them.

“I put old rusty tin on the roof, and that’s what really goes with them,” he said.

Couch said he has created many different designs for his birdhouses over the years, but the most popular sellers at festivals have always tended to be churches, and that may be a sign from a higher power trying to send him a message.

“I don’t know if if the Old Boy up there is telling me to get right or what,” he said.

Along with the popular churches, Couch also comes up with some birdhouse designs that cause customers to ask how he thought them up, and that leads to a story that sometimes gets him in trouble.

“People want to know how I come up with the ideas all the time, and I tell them the drunker I get, the more ideas I come with,” he said with a laugh. “I don’t drink, and my wife gets on to me for telling it.”

Whatever the design, Couch’s birdhouses have always been popular among festival goers. He said one woman even went as far as holding one of his birdhouses in her lap while taking a plane ride back to her home in Montana.

The popularity of the birdhouses have provided a financial boost to Couch’s family over the years, and along with the school trip that started it all, the birdhouses also helped pay for college for his son and daughter.

In more recent years, the birdhouses have also helped pay for another one of Couch’s passions — restoring old cars — and his home in Jones Chapel has plenty of cars and other old items that he has collected.

Couch said he’s happy to see that his birdhouses have helped put his family through school and open a new store, and knowing they are are so popular that people are willing to carry them in their laps on an airplane means that he has left a lasting legacy among the people who have bought them.

“It makes you feel good that you put your mark in life,” he said.

This story first appeared in the Summer 2020 Cullman Magazine.