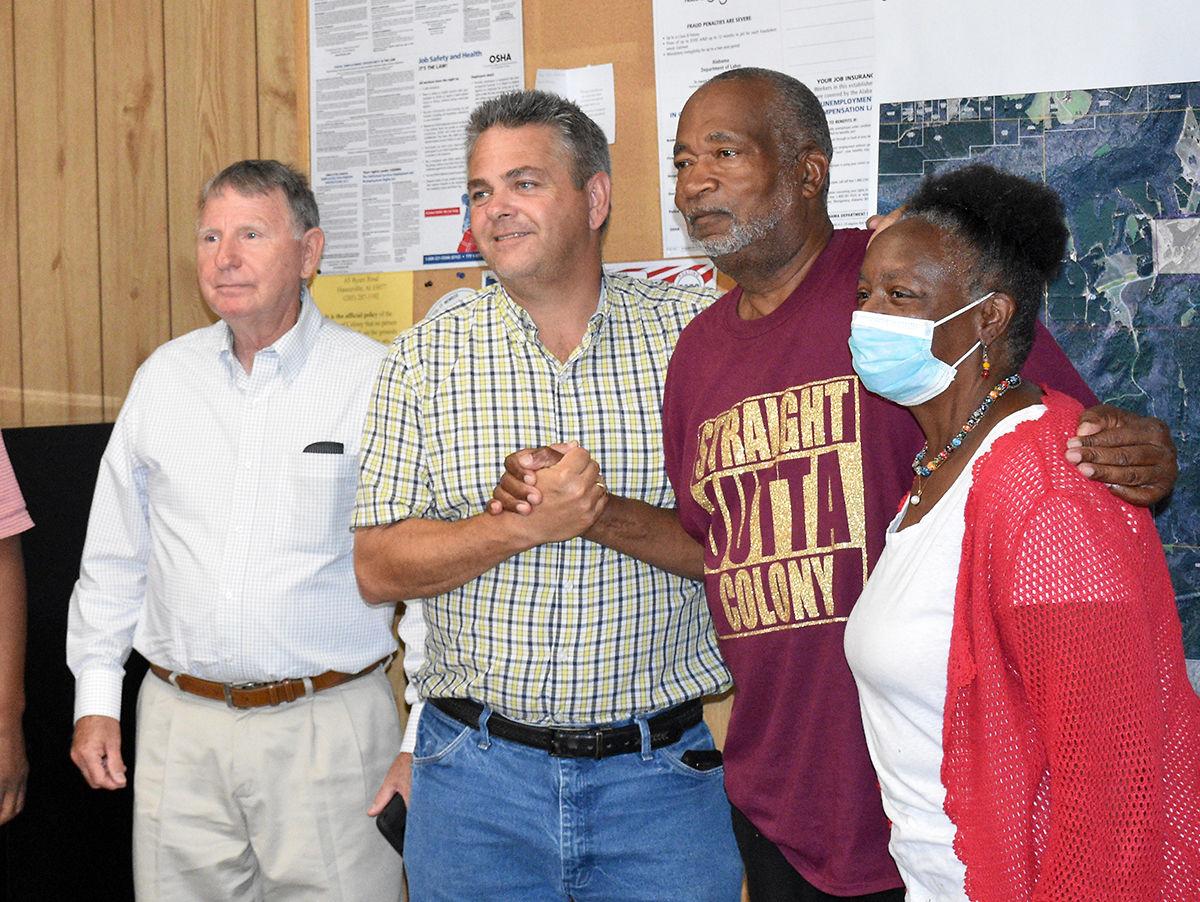 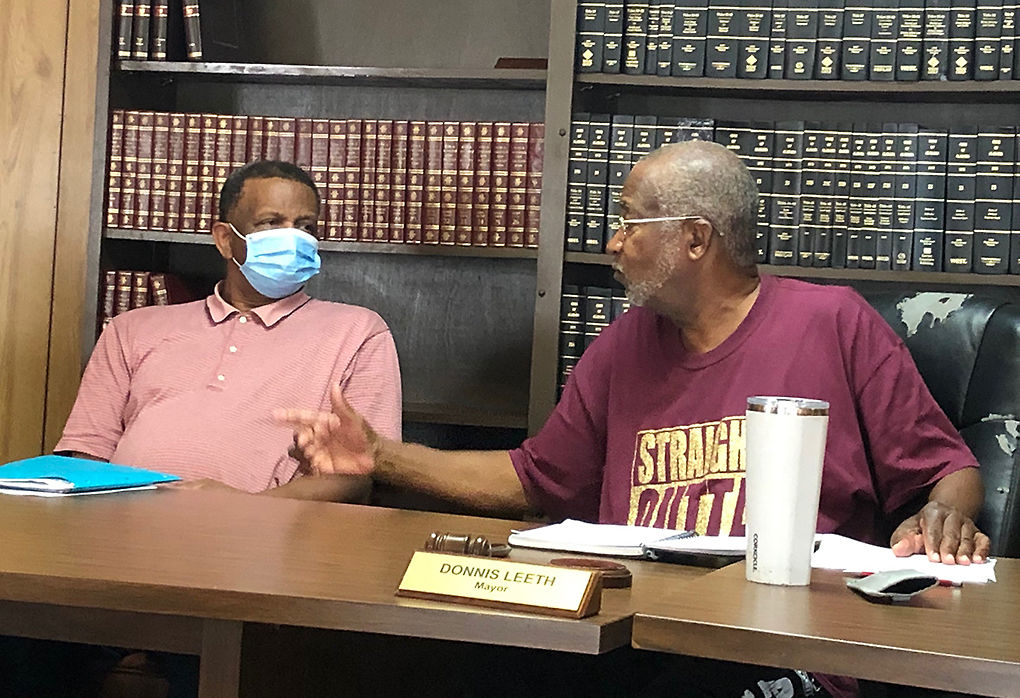 Hanceville Mayor Kenneth Nail and councilmember Jimmy Sawyer paid a visit on their neighboring council to express their support and friendship, in light of recent events regarding race relations.

Nail said he and Colony Mayor Donnis Leeth are friends and often have lunch together. “I think we get along great,” he said. “I’m really proud of the relationship we have.”

“I appreciate the association we have with y’all and anytime we can work together, we’re more than happy to work with you,” said Sawyer.

Nail noted that Hanceville is the most diverse place in Cullman County and referenced when school integration took place in the 1960s. He said neither Blacks nor whites were happy. “But I’m going to tell you something, and I honestly believe this, Hanceville is a better place to live because of what happened. We all got to figure out how to get along.”

Colony Council member Ethel Alexander said, “I think Colony and Hanceville have such a great relationship. But it had to start somewhere and eventually it blossomed into a relationship where people felt comfortable doing what they’re doing.”

“It’s a heart thing. It’s all about the heart,” she added.

The mayor reported that Desperation Church is also showing its love to the town. On July 11 members of the church will be in Colony to help make repairs to the town gym.

Leeth said the pastor and a group of kids recently visited the gym and saw that it needed repairs in order to reopen.

“He said God put it on his heart to come out to Colony and help the Colony,” said Leeth. The repairs will include painting, cutting the grass and getting the ball fields repaired. “That’s going to be a good thing, to have the gym the way it used to be.”

Alexander said she wants the youth of Colony to help with the gym repairs on July 11, but to also take responsibility for the upkeep once it’s open. “I think we should require kids to respect it,” she said. “It’s a beautiful gym . . . but let’s encourage our kids. This is their stuff. This is their heritage.”

The unity theme ended, though, when Leeth asked the council members their intentions and platforms for the upcoming municipal elections.

While the other council members - except for Samuel Ashford, who was absent - said they planned to run again and described their platforms, Councilman Curtis Johnson announced he was going to run for mayor against Leeth. Johnson said he was going to hold off outlining his platform until after qualification.

Leeth didn’t directly address Johnson’s announcement, but described his accomplishments as mayor, particularly his connections with other leaders around the county and state. “You’ve got to know people, and how to talk. You never go up there demanding nothing from nobody. Tell them what you want; if they can help you, they’re going to help you,” he said.

Qualifying for municipal elections begins on July 7 and ends July 21. Elections will be held on August 25.