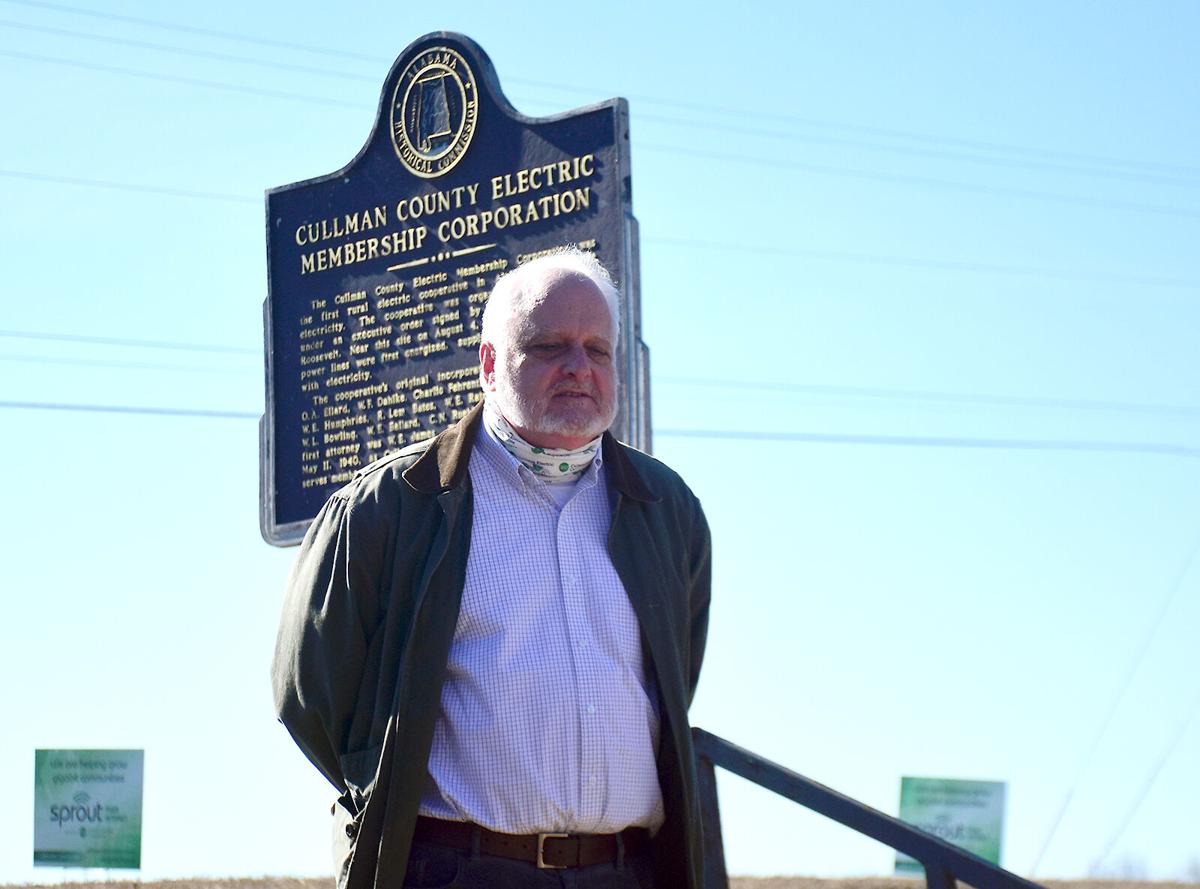 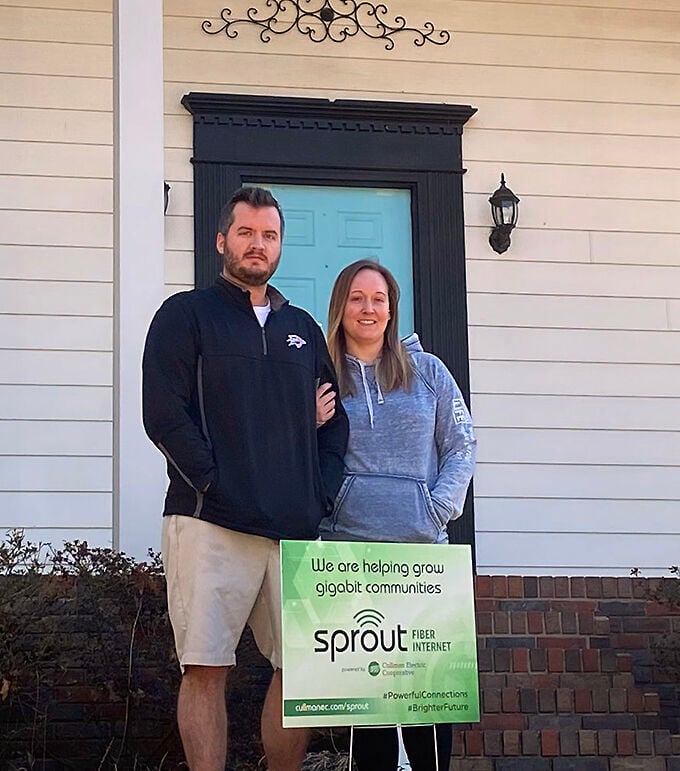 The Crows were the first family to receive Sprout in Cullman County.

The Crows were the first family to receive Sprout in Cullman County.

Sprout, which was first announced by the co-op last June, is a high-speed fiber internet service that is expected to give gigabit-speed internet access to around 12,000 of the co-op’s members as part of its first phase. On Monday they connected the first customer at around 10 a.m. with internet speeds that reached 949 megabits per second (Mbps) on uploading and downloading data. According to the Federal Communications Commission (FCC), broadband internet is defined as having download speeds of 25 Mbps and upload speed of 3 Mbps.

“This truly is a historic moment, much like when the first residents in the region received electricity,” Cullman Electric Cooperative CEO Tim Culpepper said. “This technology carries the same potential to improve the quality of life for our members.”

State Representative Randall Shedd (R-Fairburn), who pushed for the legislation allowing electrical cooperatives to provide internet services to their members, said, “It’s a game changer for our area economically.”

So far, 120 miles of the main-line fiber ring have been constructed, completing the first of five steps in the construction process for approximately 2,400 co-op members. Culpepper said the co-op anticipates having approximately 200 subscribers in the Berlin area active by the end of February, with plans to increase the pace of subscriber connections throughout the spring and summer.

“We’re not in it to make a profit, we’re in it to provide services to our members and when we saw the need for high speed internet and we saw how crucial that was . . . we just felt like it was needed,” said Culpepper.

“We’re going to do a slow roll out to make sure we get it right,” he added. They’re beginning with about four connections per day and hope to get up to 40 per week.

“When you’re talking about doing 40 a week, that’s moving at a pretty good clip,” said Culpepper.

Berlin Mayor Patrick Bates said the availability of high speed internet in the town is a big deal. “Upload speed is critical to anyone wanting to work from home,” he said.

He said working with a local company is also important to the town in terms of customer service and where the town spends its money. “There’s a lot to be said for keeping that money local,” said Bates.

The first homes and businesses to receive the service will be in the Berlin and Eva Road areas, then the co-op will move into the Fairview and Holly Pond areas and continue in a clockwork direction around Cullman for the rest of the year before the final installations are finished in winter or early 2022, said Brian Lacy, manager of communications and external affairs for the Cooperative.