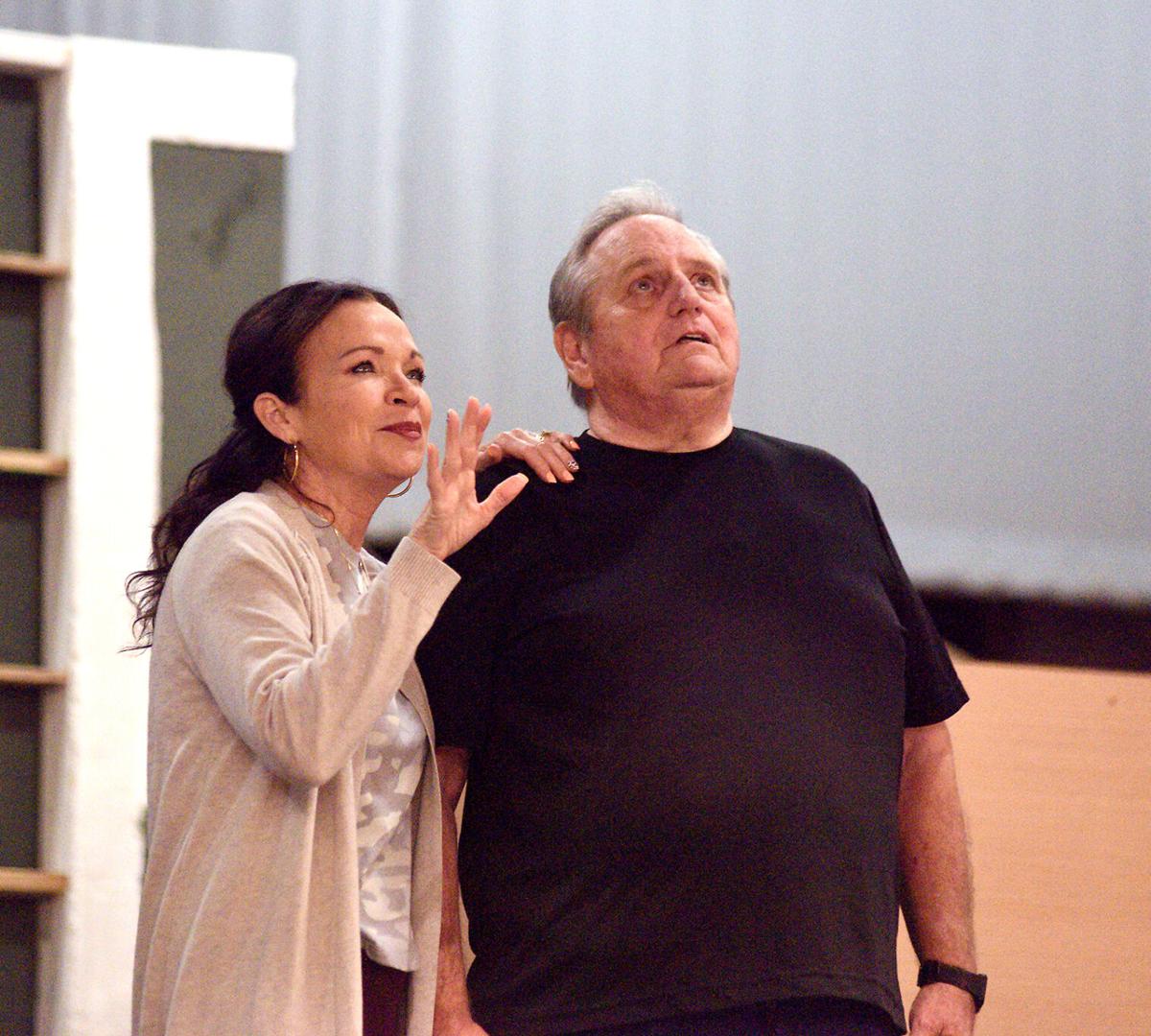 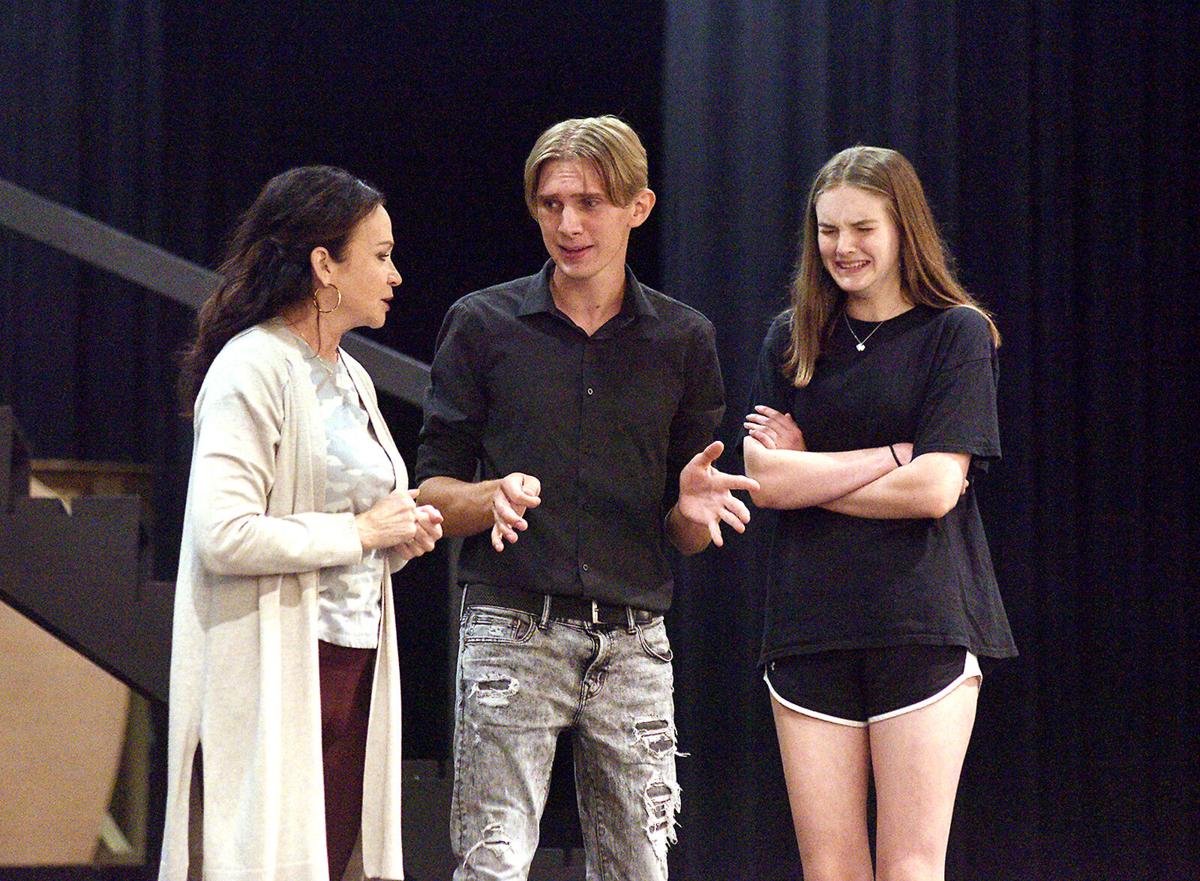 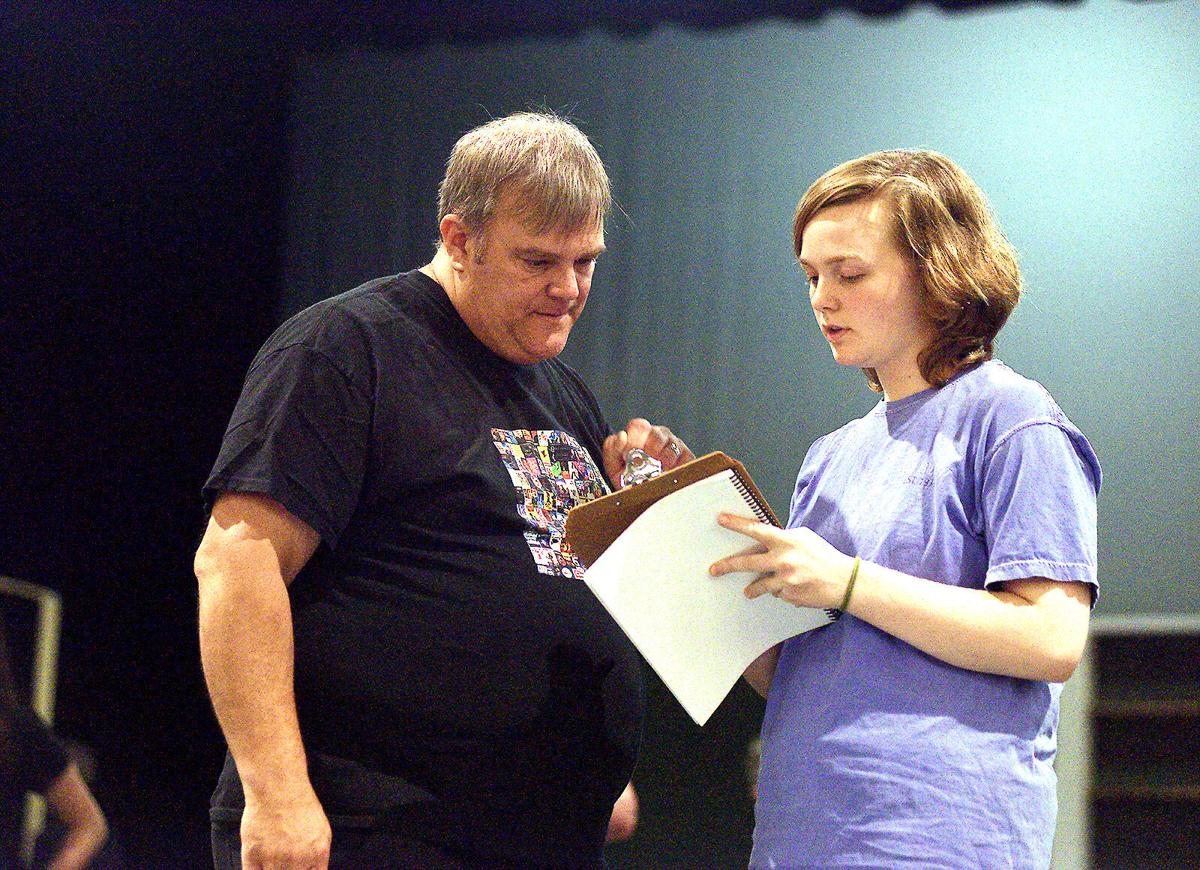 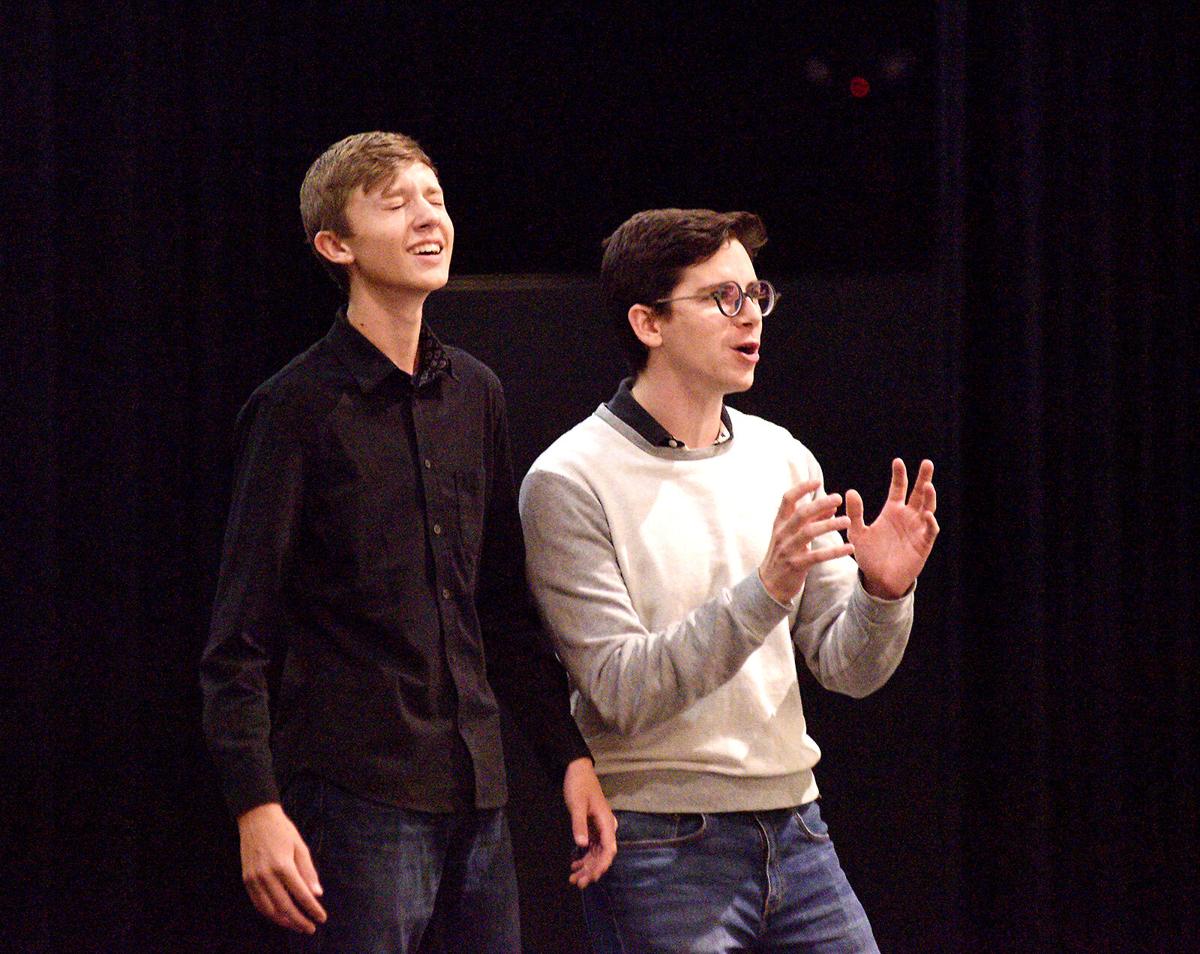 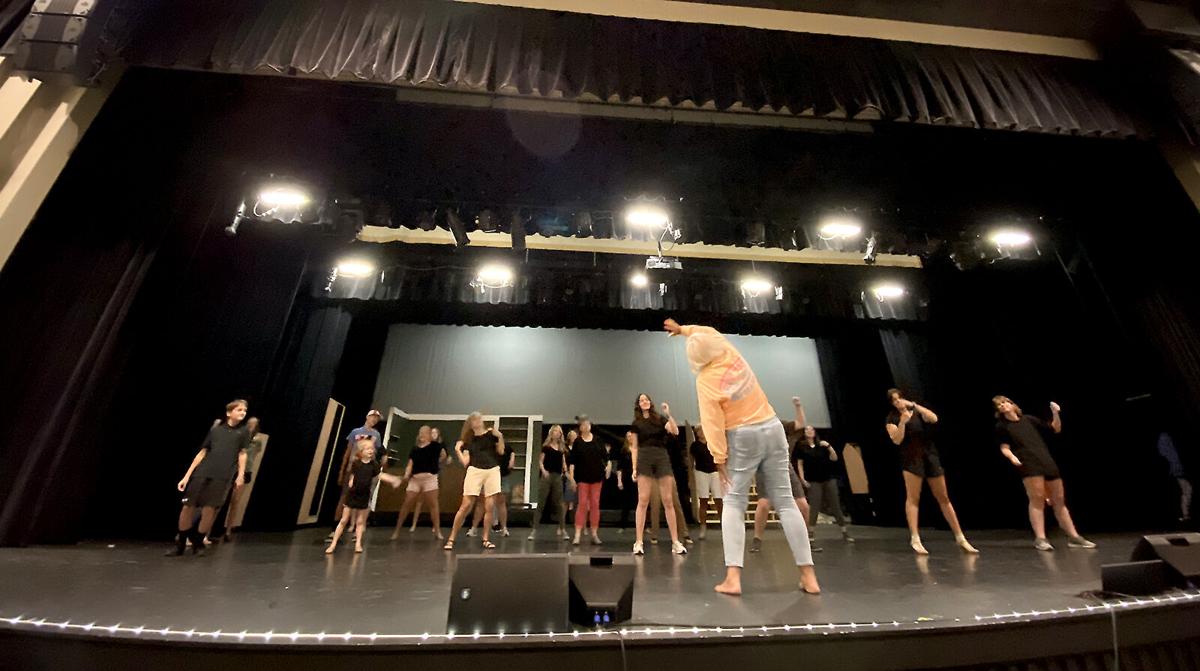 Cindy Pass gets the cast warmed up.

Cindy Pass gets the cast warmed up.

Musical lovers and theatre newcomers alike have the chance to experience a Broadway classic next weekend as Cullman Community Theatre returns to the stage with “Hello, Dolly!”

CCT will be putting on four performances of the musical next week in Cullman High School’s auditorium, beginning Friday at 7 p.m., followed by two showings on Saturday with a 2 p.m. matinee and a 7 p.m. evening performance, and on Sunday with a finale performance at 2 p.m.

Preparations for the musical production have gone well since starting in early June, and the cast and crew of the musical will spend the next week getting everything right for opening night, said Director Wayne Cook.

“With community theatre, it takes every minute you’ve got and every person you’ve got to get everything pulled together,” he said.

With a cast of around 45 members of the community and a production crew of around 25, there are a lot of people who have worked together over the past month to get everything in place, Cook said.

“I’ve been excited to see the involvement and support in the community to pull something off again,” he said.

Cullman Community Theatre’s last production was “Rumors” last spring, which happened just before the first COVID-19 restrictions were put in place, so the planned 2020 performance of “Hello, Dolly!” had to be pushed into 2021 — and even that was up in the air until just a short time ago, Cook said.

He said there were still questions about whether or not CCT would be able to have their production this summer, but the theatre board was able to move forward with the musical once the restrictions were lifted.

That decision was made in late May, with the cast and crew set and rehearsals beginning in June, so it has been a month of hard work for everyone to make sure this summer’s performance was able to move forward, Cook said.

“There’s just been a whole lot of people involved who just want to see it happen,” he said.

“Hello, Dolly!” is a 1964 musical by Michael Stewart and Jerry Herman, and is based on an earlier play called “The Matchmaker” that was written by Thornton Wilder. It centers around a woman — the titular Dolly — who works as a matchmaker finding wives for unmarried men, and the ensuing antics as she decides to match herself with one of her clients.

Cook said the comedy features plenty of funny moments and memorable songs, as well as some beautiful costumes and sets for the 1890s setting.

“Hello, Dolly!” is also a big production, and Cook said that frightened him a little and made him wonder if the community theatre needed to tackle something that wasn’t as grand for its first performance in over a year, but the cast and crew were excited to jump in and do the extra work that comes with such a big production.

“We bit the bullet, and I’ve been surprised that people have been so supportive,” he said. “They’ve been able to make it happen.”

“Community theater has a great impact on our community,” Jacobs said. “Community theater produces live performances of shows that we have few opportunities in our area to see, encourages interest and fosters talent in performance arts, and provides an outlet for energy and interest in creative and artistic endeavors.”

In the proclamation, Mayor Jacobs commended everyone involved with CCT for their dedication, initiative, and creativity in providing community theater for our community.

“All of us with the Cullman Community Theatre are just thankful to be able to return to the stage and be able to entertain our community members again after a year of stages and theaters being empty across the world,” said Production Director Noah Carpenter. “Theatre has always had the power to be joy to people and be an escape from the world’s problems, making it more important than ever with all of the troubles we hear about every time we turn on our TVs and radios today. We are thankful for all the support in this community from the very top here in the Mayor’s office to our great sponsors and every single patron who comes out to see the show.”

Tickets for all four performances of “Hello, Dolly!” are available online at cullmanct.booktix.com.

Mrs. Odie Bell Davis, age 95, of Garden City, Alabama, passed away peacefully at home on October 09, 2021. She was preceded in death by her husband of 75 years, Harden Davis; daughter, Brenda Sue; her seven siblings; and many extended family members. She is survived by her daughter, Sherry D…