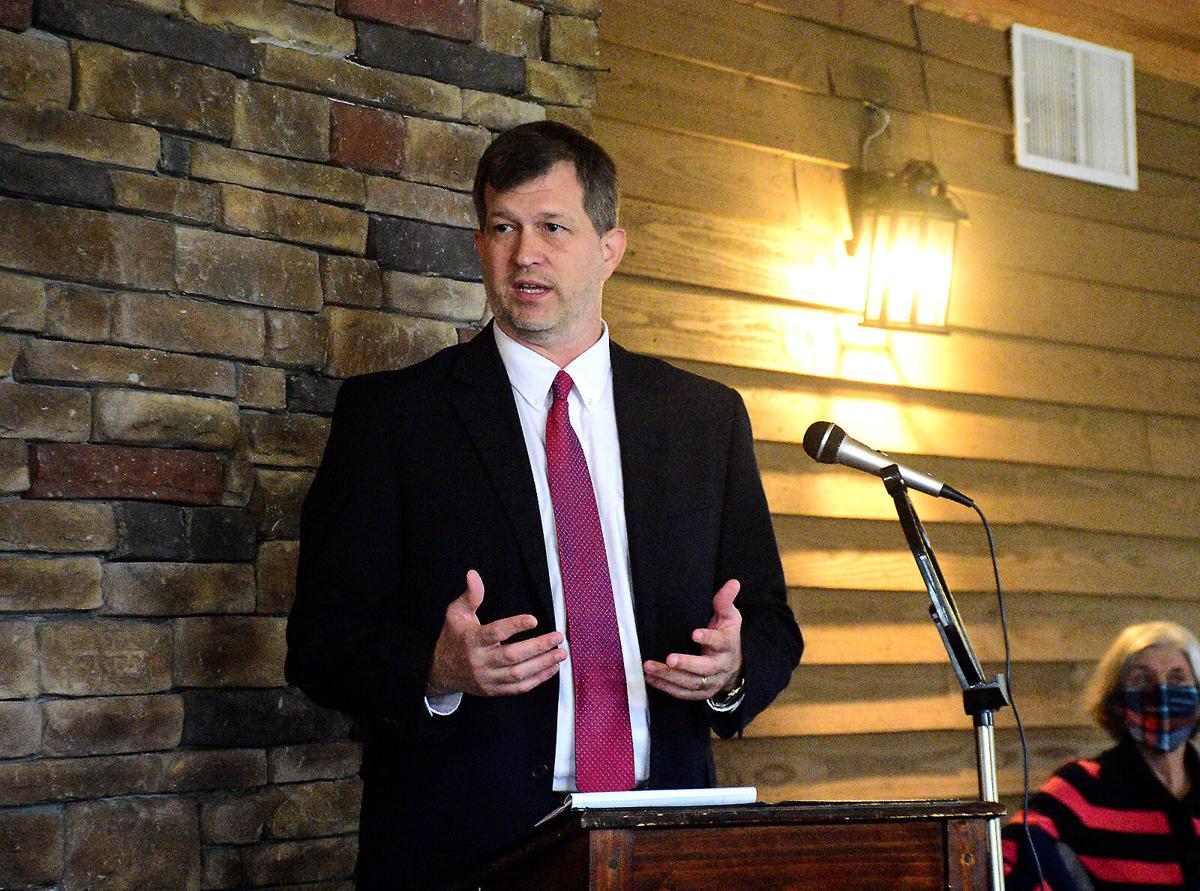 Cullman County Schools Superintendent Shane Barnette speaks to the Cullman Education Retirees Association about how educators are adjusting to the pandemic. 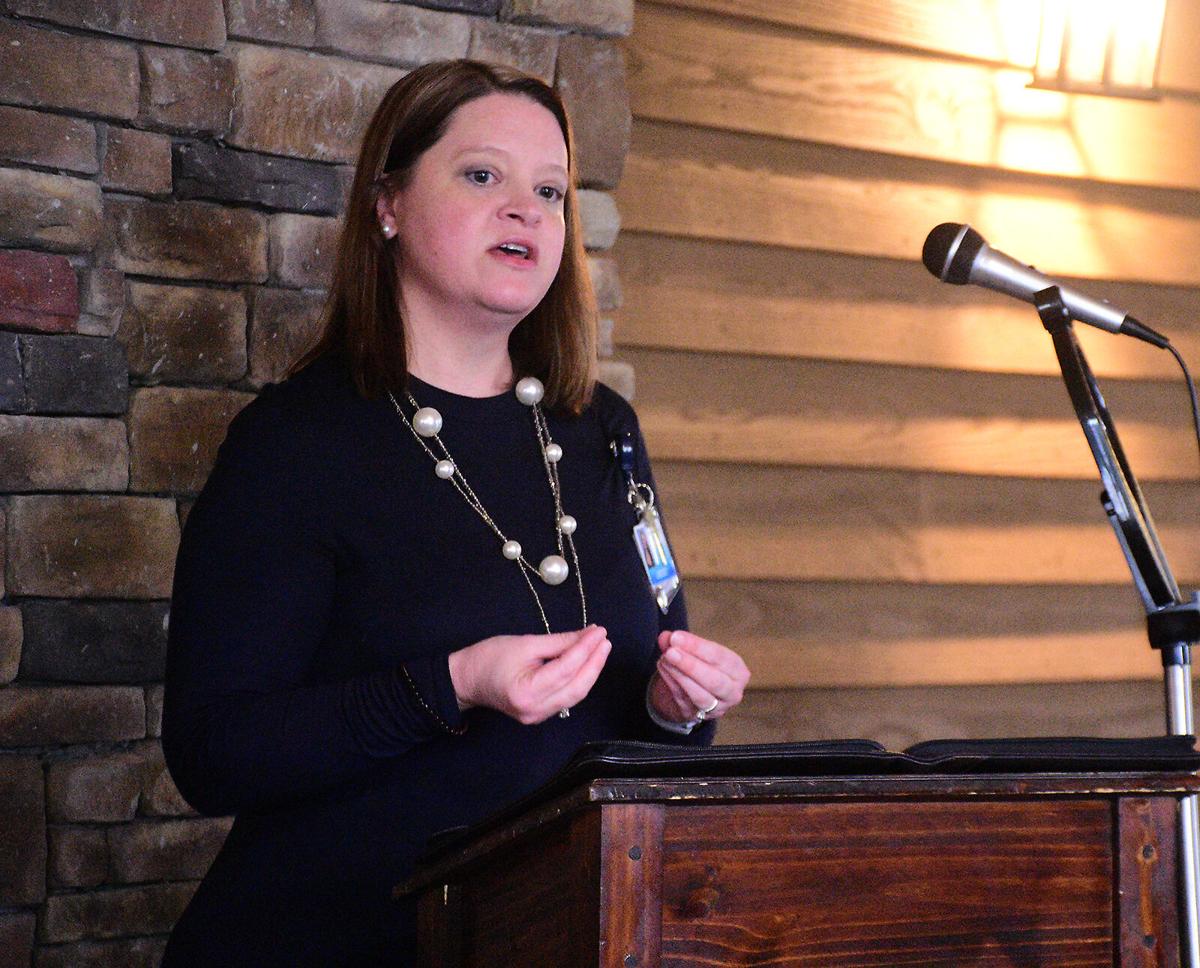 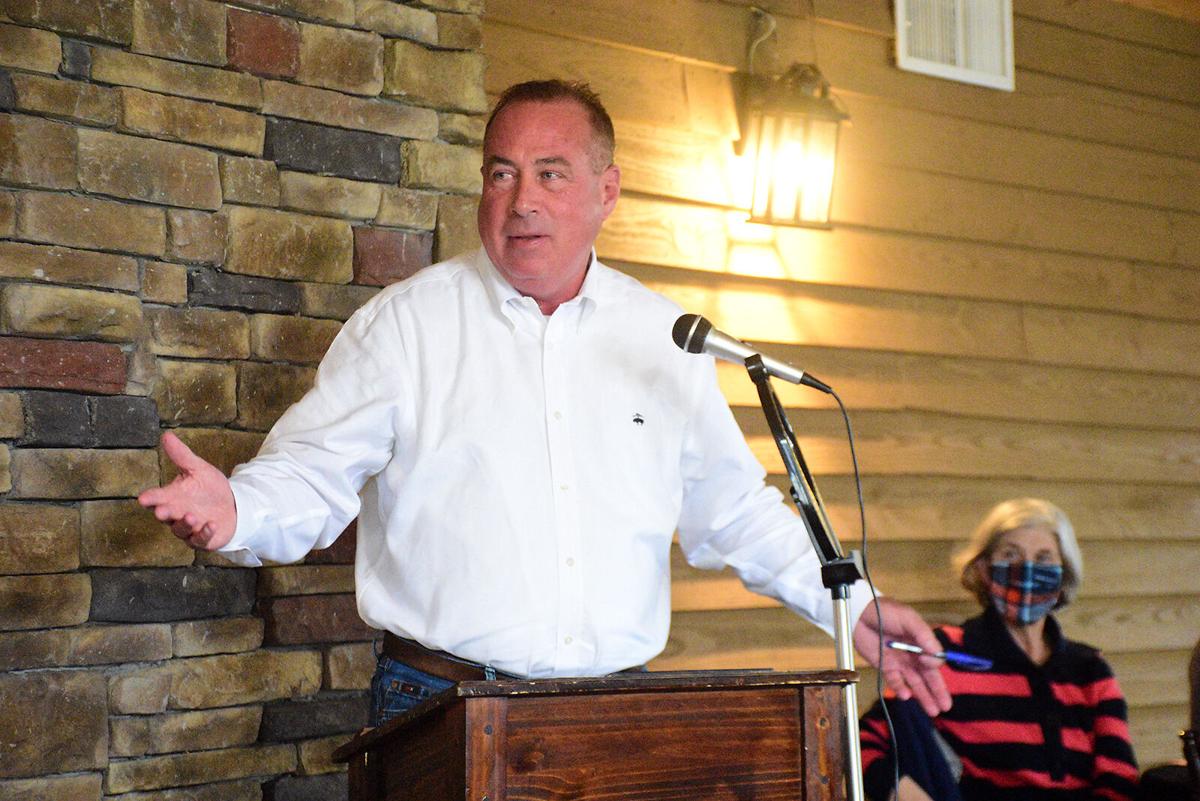 Cullman County Schools Superintendent Shane Barnette speaks to the Cullman Education Retirees Association about how educators are adjusting to the pandemic.

Cullman County has been feeling the effects of the COVID-19 pandemic for nearly a year, and representatives from the medical, educational and financial fields shared some of the ways the virus has affected their fields during Thursday’s meeting of the Cullman Education Retirees Association.

Cullman Regional Vice President Marketing and Public Relations Lindsey Dossey, Cullman County Schools Superintendent Shane Barnette and Traditions Bank President Tim Compton spoke to the group’s members about how they have adjusted to the changes brought about due to COVID-19 over the past year.

When the pandemic first showed up in Cullman County last year, Cullman Regional staff members had to spend a lot of time sifting through all of the information and rumors that were going around to find out what was actually true, as well as doing daily inventories of Personal Protective Equipment to make sure there would be enough, Dossey said.

When everything shut down last March, the virus hadn’t yet affected Cullman County like it had other places, so Cullman Regional was able to plan ahead for the coming surge in cases and look at what would be needed when it happened, she said.

At the time, it was taking days to get COVID-19 test results back, and any patients who were waiting on the results of their tests had to be treated like they were positive, which meant PPE and other resources were being used on patients who may not have even had the virus, Dossey said.

“If we had five positives and 15 pending, the 15 pending were treated like they were positive,” she said. “We were going through that much more masks and gloves and gowns.”

To expedite that process, Cullman Regional was able to purchase in-house testing equipment in July, which was when the county had its first huge surge in cases, she said.

The in-house testing meant that test results were back to patients within a couple hours, and five or six patients could be tested at a time, meaning patients could be kept in the emergency room while waiting for their results and not get moved around the hospital and potentially spreading the virus, she said.

“I think having an adaptable team to be able to make those kinds of plans early on really helped us,” she said.

Forward thinking also helped Cullman Regional prepare for the surge in cases by having enough ventilators on hand, Dossey said.

She said hospitals typically don’t keep a lot of ventilators, and Cullman Regional had eight all the time and would rent more as needed during peak flu season.

Before COVID, the average time that a patient would stay on a ventilator was around seven days, but this virus was causing patients to be on a ventilator for 30 or 40 days at a time, meaning the hospital’s previous methods would not work for the pandemic, Dossey said.

“Where other hospitals were struggling in getting ventilators or having to transfer patients out, we were able to care for everybody who needed care in our community, and really from outside of our community as well,” she said.

As treatment protocols have continued to evolve, Cullman Regional’s Chief Medical Officer Dr. Bill Smith has stayed up-to-date on everything that has changed to make sure providers are providing the best treatment they can get when they come to the hospital, including the use of monoclonal antibodies as an early intervention for the virus, Dossey said.

She said the hospital has used the antibody treatment on 350 high-risk patients who have gotten the virus, and so far, only 12 of those have required hospitalization.

“Dr. Smith said, statistically, he thinks we’ve saved 40 lives and prevent the hospitalization of more than 150 people,” she said. “That is amazing, and it makes me so proud to work with the medical team that we have at Cullman Regional.”

Outside of the medical field, schools have maybe been the most affected by COVID-19, with new protocols to follow and schedule changes that are meant to minimize the risks to students and staff members.

Barnette said recent days have been a marathon working with Cullman Regional, the Cullman County Health Department and other health providers to secure vaccines for all of the teachers and staff members who wanted one, and he thanked everyone who has worked with the schools helped that happen.

“One of the best things about Cullman County is that when we’re given a problem or given a challenge, people rise to the occasion,” he said.

Barnette said around 30 percent of the 1,600 staff members in the county have elected to get their vaccine at this time, but he expects that number to increase in the future as those who didn’t get the vaccine see that there are no long-term effects from it.

Another challenge has been making sure that schools are still teaching and students are still learning, and the teachers, students and everyone else have all been flexible this year while schools have gone from five days a week to four days a week to hybrid learning and to virtual learning at different points, Barnette said.

There were also around 2,000 students in the county who opted to go to school virtually at the beginning of the school year, and teachers have had to work with those students to make sure they are staying on track as well, he said.

The main reason behind the schedule changes has been because students and staff members are required to be sent home to quarantine if they are in close contact with someone else who has tested positive for COVID-19.

Elementary students usually stay in the same seats and are around the same kids all day, so there are only a few who have to quarantine with a positive case, but the middle school and high school students change classes throughout the day and are exposed to different groups of students in each period, so there is a much larger group that has to quarantine after a positive case, he said.

“It got to where we were quarantining 30 kids with one positive,” he said.

To help reduce that number, the system moved to a hybrid form of learning in middle schools and high schools that brought half of the student population to school at a time to allow students to spread out more in the classroom, Barnette said.

There was also a large spike in cases after Thanksgiving break, so the system came up with the plan to go with virtual learning for all students for the first two weeks after Christmas break to avoid a similar spike as students returned from the holiday.

“I think that helped us avoid a lot of cross-contamination,” he said.

Last week, high school and middle school students returned to the classroom for a four-day school schedule, and it was almost like the first day of school again, as some of the kids hadn’t seen each other in three or four months, Barnette said.

Currently, the plan is to stay on a four-day schedule and use Wednesdays to allow students to come in for extra work to catch up on work or learning that they may have missed earlier in the year, he said.

As more people get the vaccine and Cullman County’s virus numbers continue to improve, the system will look to return to a five-day schedule at some point this year, Barnette said.

“We need it and the kids need it,” he said. “And the faster we can get back to some kind of normalcy, the more excited we’re going to be.”

Compton said banks have not been affected nearly as much , and he told Dossey and Barnette about how impressed he has been at how the hospital and school system have navigated through the pandemic.

He also shared a story featuring his old sixth grade math teacher, Danny Farr, to illustrate his point about how difficult it likely is to teach online.

He said one day at school, he and a buddy of his were scuffling in the hallway, and just as he was about to get in a hit of his own, he was stopped by a big hand on his shoulder.

In terms of changes to banks that have come about due to the pandemic, Compton said he has seen some of some leaders of the biggest banks in the country talking about how they haven’t left their houses during the pandemic, but Traditions Bank’s clientele is working with people who have to get out of their houses to go to work every day.

To protect those who don’t have a choice about coming to the bank and its employees, Traditions has tried to social distance and wear masks as much as possible, but the bank has stayed open for those who have needed it, he said.

“I just felt like, if someone banks with me and they want their money, I want to give it to them that day, I don’t want to think they are being locked out,” he said.

One change that was made at Traditions Bank was the installation of a picnic table and tent in front of the bank, which was used heavily last spring and summer when the weather was nice, Compton said.

“We closed a lot of homes on that picnic table, but we made people feel comfortable and we’re thankful for the reception,” he said.