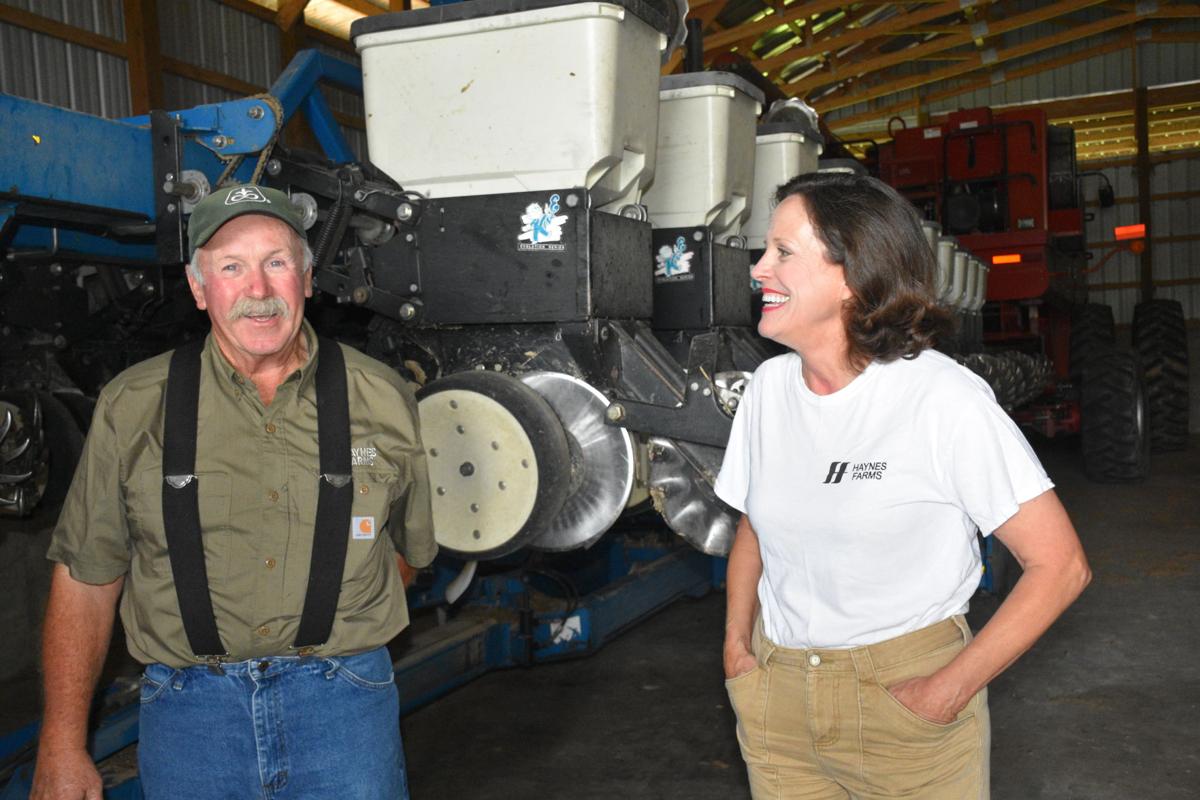 Darrell and Lydia Haynes’ families have been farming in Cullman County for generations. 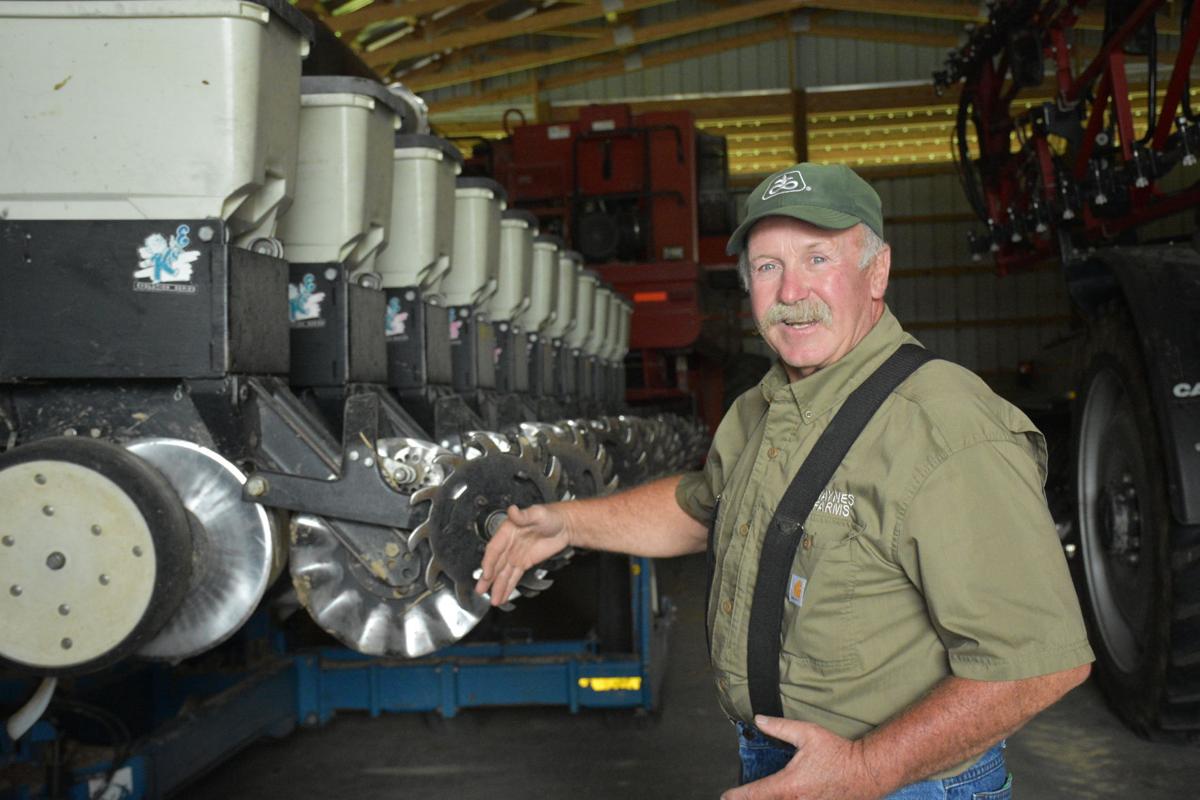 Darrell and Lydia Haynes’ families have been farming in Cullman County for generations.

Darrell and Lydia Haynes’ roots to the land they farm run deep. Lydia’s family came to Cullman County long before it was Cullman County.

Her great-great-grandfather, Mace Thomas Payne Brindley, settled in the area in 1832 and farmed 1,500 acres near where the Haynes live today. “A part of our farm is Lydia’s home place,” said Darrell, including some buildings her father built before going to serve in WWII.

Lydia’s grandmother, whom she was named for, also ran a farm after she was widowed with three children. “She ran a farm and rented bulls and loaned money to people in this part of the county,” said Lydia. “Everyone knew she was one of the most progressive farmers.”

Darrell’s great-grandfather moved up from Blount County to farm the land in Fairview. It’s the land where Darrell, his father and his grandfather grew up. It’s also where Darrell and Lydia’s sons, Ben and Bart, grew up and continue working the family farm. All told, seven generations have lived on the land.

Darrell sees his role as a grower and caretaker. Like the row crops and cattle they farm, each generation has a season. “I’m nothing but a little less than average person, but I get to do a little more than extraordinary things every day. Because the reality is it’s all God’s and he just lets me touch it for a short time,” he said.

“I’m just taking care of something for a really, really short time,” he added. “God had a reason for putting my family in charge of something — big or small — for a short time. My goal is just to do the best job I can for that short period of time.”

Despite their family ties to the same areas of Cullman County, Lydia and Darrell didn’t meet until both were students at Auburn. After college, Darrell came home and began working the land with his father and growing the farm, while Lydia became a physical therapist.

At that time, his father had 100 acres and did carpentry work in the winter, along with raising some chickens, cows and crops. Alongside his dad, Darrell began growing the farm. They now have about 600 cows, a couple thousand acres of pasture and hay fields, and about 1,500 acres of row crops, mostly soybeans and corn.

“I love to see the farm grow,” said Darrell. “If you’re not growing, you’re dying.”

He’s had lots of help along the way. “It takes a lot of help to grow a farm, it doesn’t just happen overnight,” he said. “Lydia always worked away from the farm, and had a good job. She kept the home farms burning. She paid the bills for the home and the farm, if it made a dollar, it went back to the farm.”

With the advent of technology, farming has gotten more efficient and is more data-driven, cutting expenses and producing greater yields. “The technology that we use, it’s pretty amazing.” said Darrell.

Yet, as far as technology has advanced agriculture, there are some things it can’t fix.

They’re always looking ahead to the next season of crops in their two main enterprises, “cow farming and dirt farming.”

And along the way, they pray the external factors work in their favor. “God’s in control, and we remember that,” said Lydia.

Haynes Farm grows many crops, but the one that brings the Haynes probably the most joy is the sunflower field.

The field came about as an afterthought. The Haynes had bought a piece of land that had a one acre garbage dump on it. They planted the acres around it, and worked to clean up the trash on the site. Once it was cleaned up, they decided they need to plant something there. Darrell doesn’t remember who said it, but someone suggested sunflowers.

“When we drove up to check the crop on that farm . . . we came around the curve and those sunflowers were in bloom and you talk about a beautiful sight,” he said. “People enjoyed it and we loved it!”

The next year, they planted the sunflowers in a more prominent place so people could find it easier, but, said Lydia, “there wasn’t any parking.”

The last few years they’ve planted about 4 acres of sunflowers in an area where more cars can be accommodated. Lydia said there will sometimes be 50 cars there as people take photos and cut flowers to take home, at no charge.

Darrell said he knows that farming can be an inconvenience or nuisance to others — those people stuck behind a piece of slow-moving farm equipment on a two-lane road or on the days when the manure they use on their fields is especially noticeable. So, for him, the field is way to give back to the community.

“There’s lots of issues that we create that might not be smiled on,” he said. “So I’m thinking that maybe, just for a moment, they’ll think kindly of farmers in general.”

The Haynes love to see the community enjoying the field. Families come to take pictures among the blooms, and the flowers have graced several weddings. “There will be people that come from all over North Alabama,” said Lydia. “We love to go just watch.”

“That’s one of those highs [of farming],” said Darrell. “I absolutely love to watch people getting to enjoy them.”

It’s a tradition the Haynes hope will take root and continue through subsequent generations, becoming part of their family legacy.

That legacy is not something they take for granted. “So many farmers in other parts of the country, their attitude is one of ownership,” said Darrell. “My attitude is that I don’t own anything. I get to touch a lot of God’s stuff. That’s my attitude. I get to touch something that belongs to God. When I go home at night and I’m talking to God, I’m hoping that he is pleased with what I did taking care of his stuff that day.”

John Leslie Bishop, age 71, of Vinemont, passed away on Monday, November 23, 2020, at Cullman Regional. He was born November 2, 1949, in Illinois to Leslie and Betty Bishop. He was preceded in death by his parents. Survivors include his stepchildren, Lisa Avans, John Caffero, and Angela Henn…