GOOD HOPE — The Good Hope City Council passed an ordinance Monday night to amend the city’s zoning codes to limit the installation of mobile homes and manufactured homes inside the city limits. 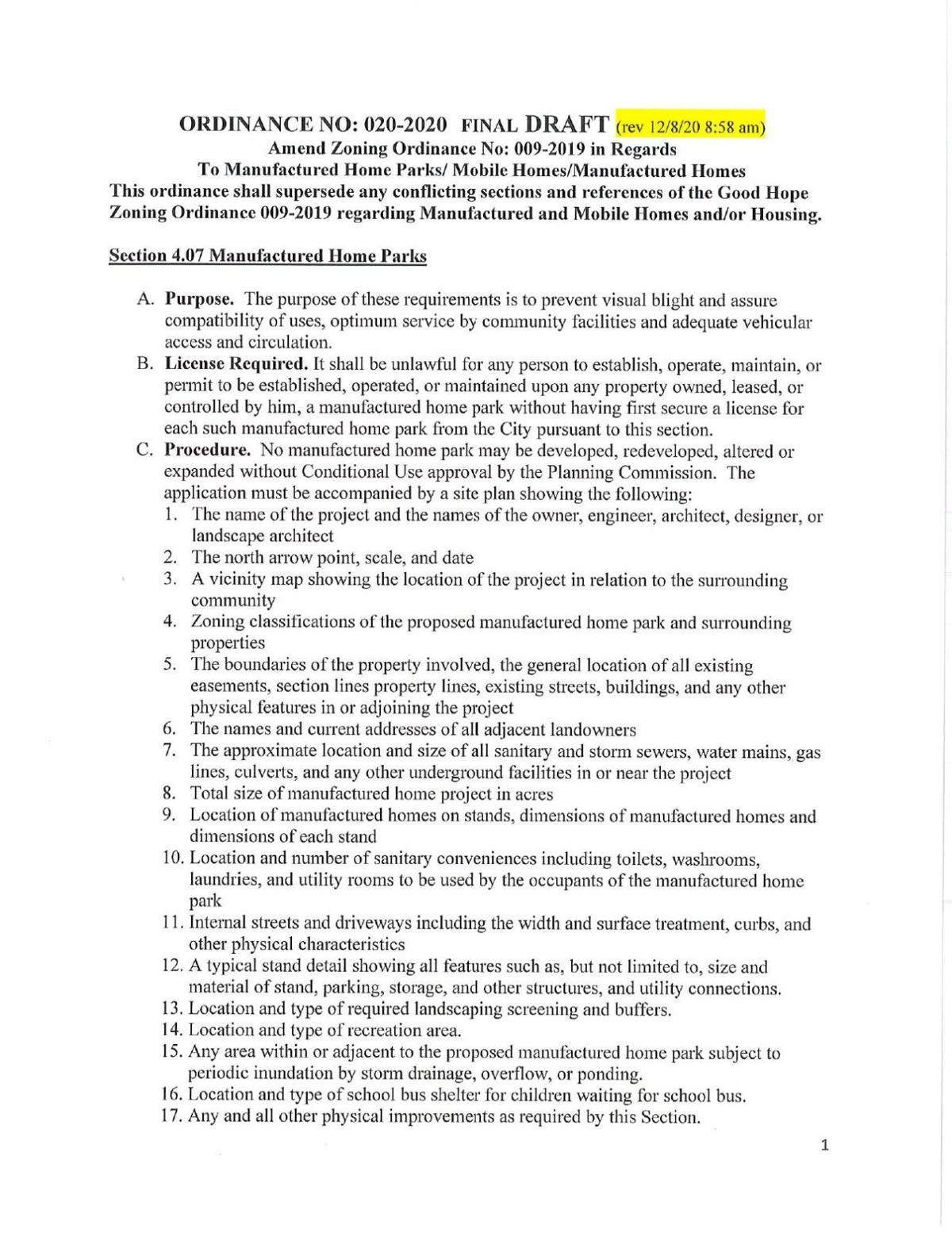 Anyone already living in a manufactured home is grandfathered in to the amendment, and if they wish to replace theirs with a newer model, that will be allowed as long as they follow the new procedures set out in the amended ordinance. However, installing a manufactured home on an individual basis will no longer be allowed in the city.

If either of those two parks decides to expand, the new criteria set in the amended zoning ordinance will apply, he said.

Bartlett said the city previously considered the installation of individual manufactured homes with a public hearing of the Board of Adjustments, and some of those meetings have involved neighbors who have argued and fought with each other when one wanted to put a manufactured home on their land and their neighbor opposed it.

He said the amendment to the zoning ordinance is meant to alleviate some of the pressure on the board and hopefully prevent neighbors from arguing as they have in the past.

“Our five guys on the Board of Adjustments have went through some really hard-fought meetings where people got their feelings hurt, and they’re neighbors,” he said after the council’s Dec. 14 meeting. “I just hated to see that, and I think this is fair.”

Bartlett said the amended ordinance will also hopefully let the city maximize the use of the property within the city.

There are developers who want to build subdivisions or new businesses in the city, and there is a limited amount of space around Good Hope’s two interstate exits, so this will help ensure that the land is put to a good use, he said.

“We just want to do the best we can with what little bit we’ve got,” he said.