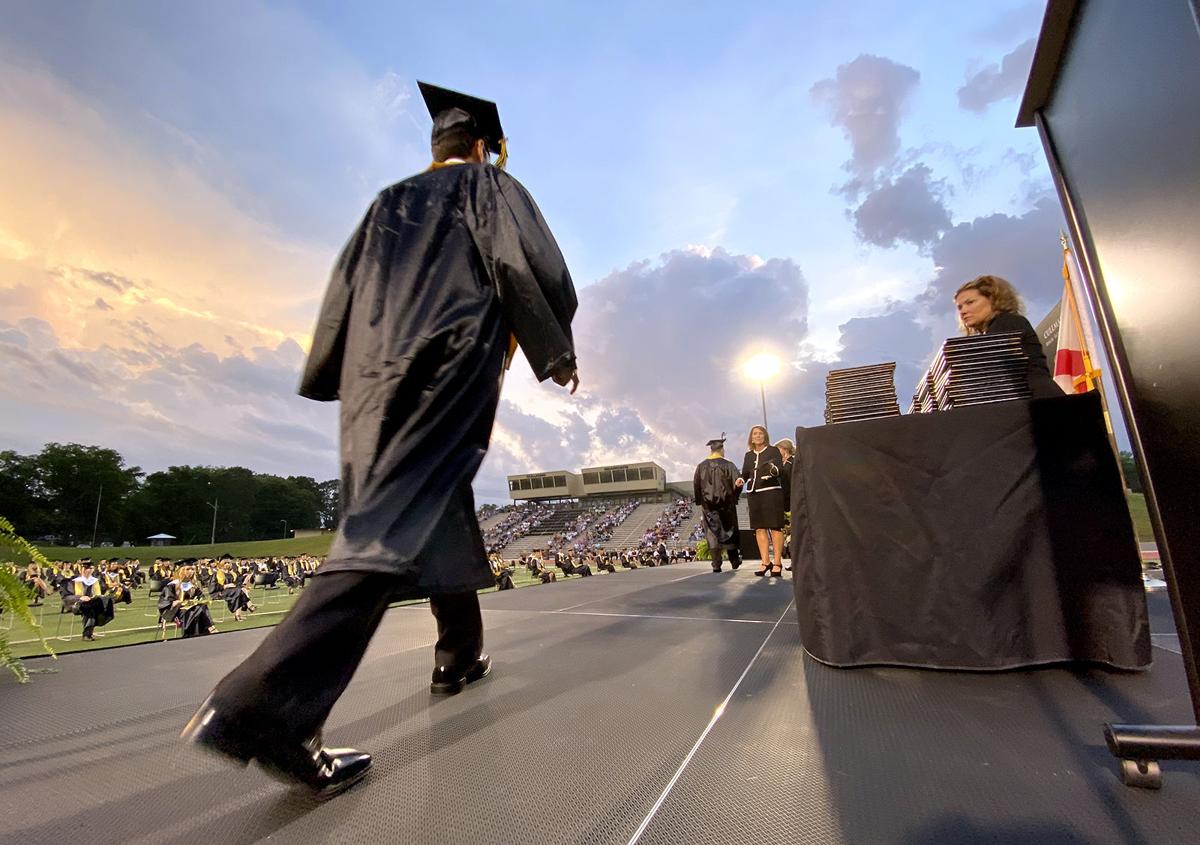 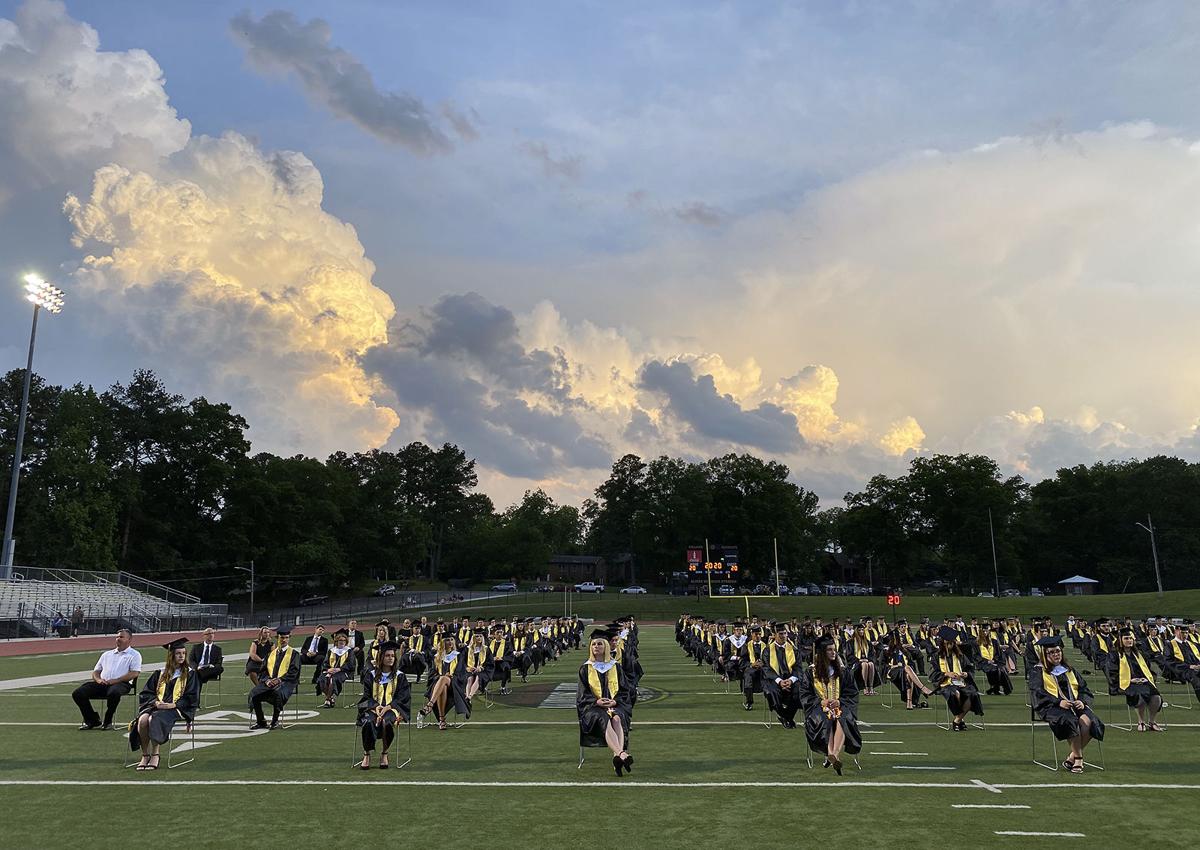 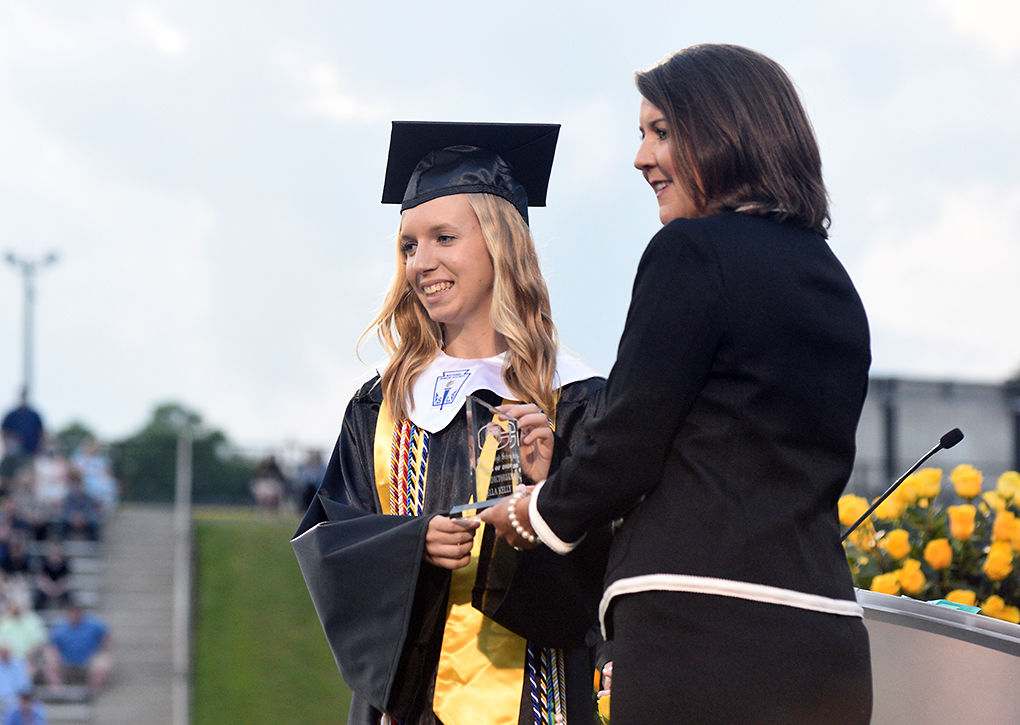 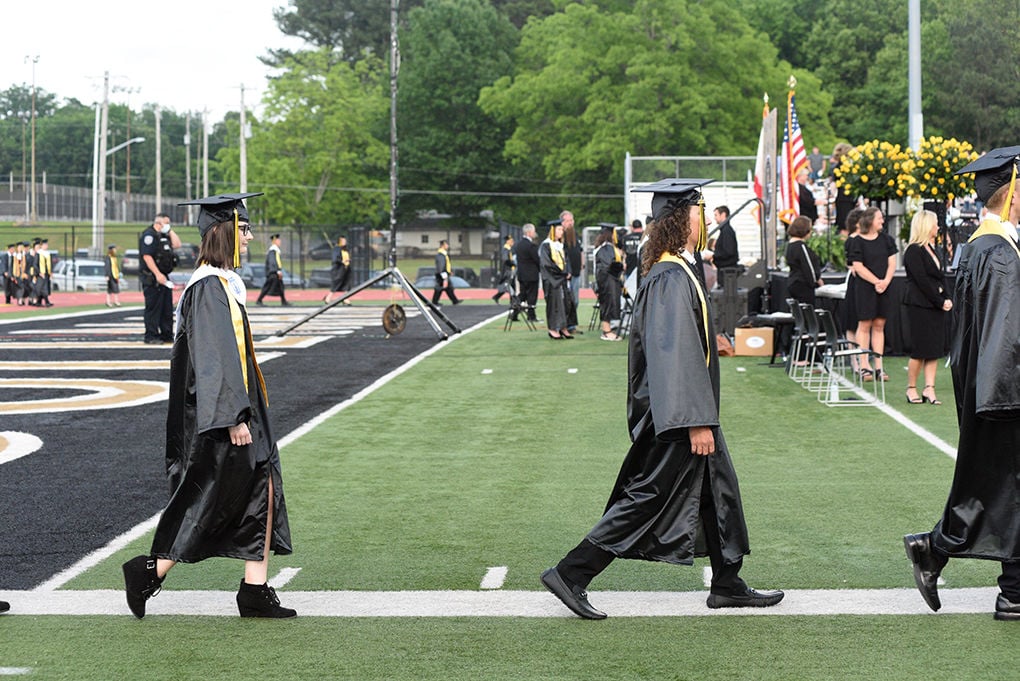 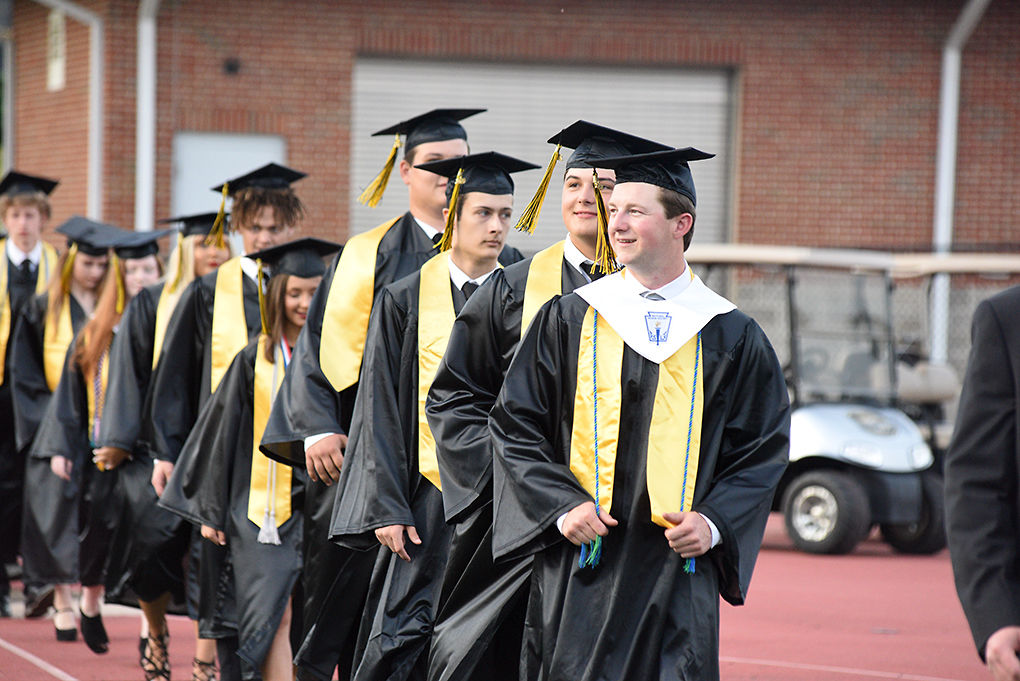 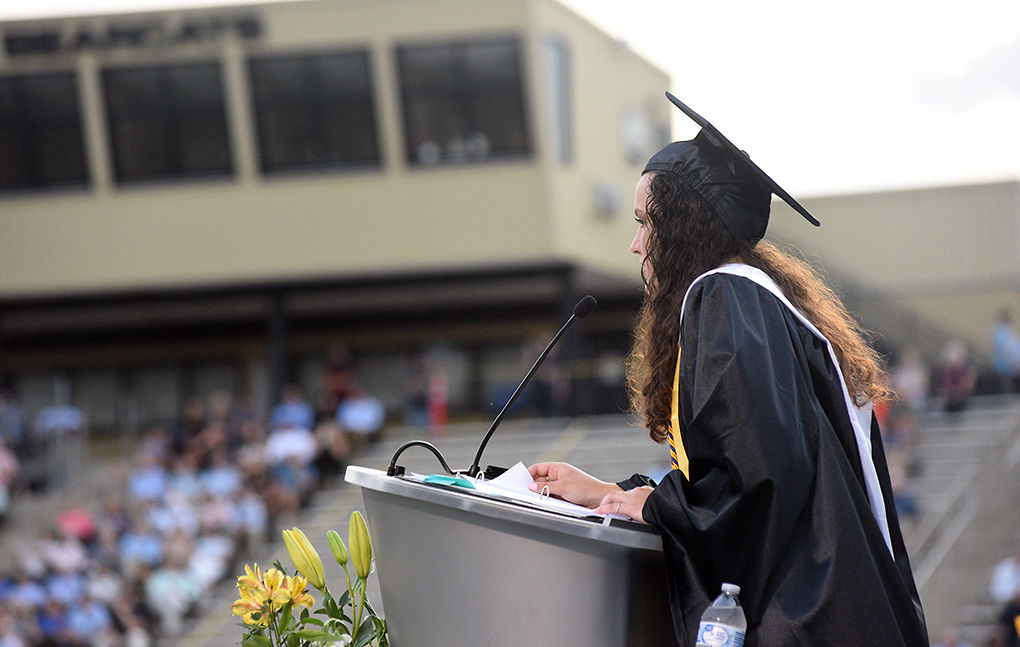 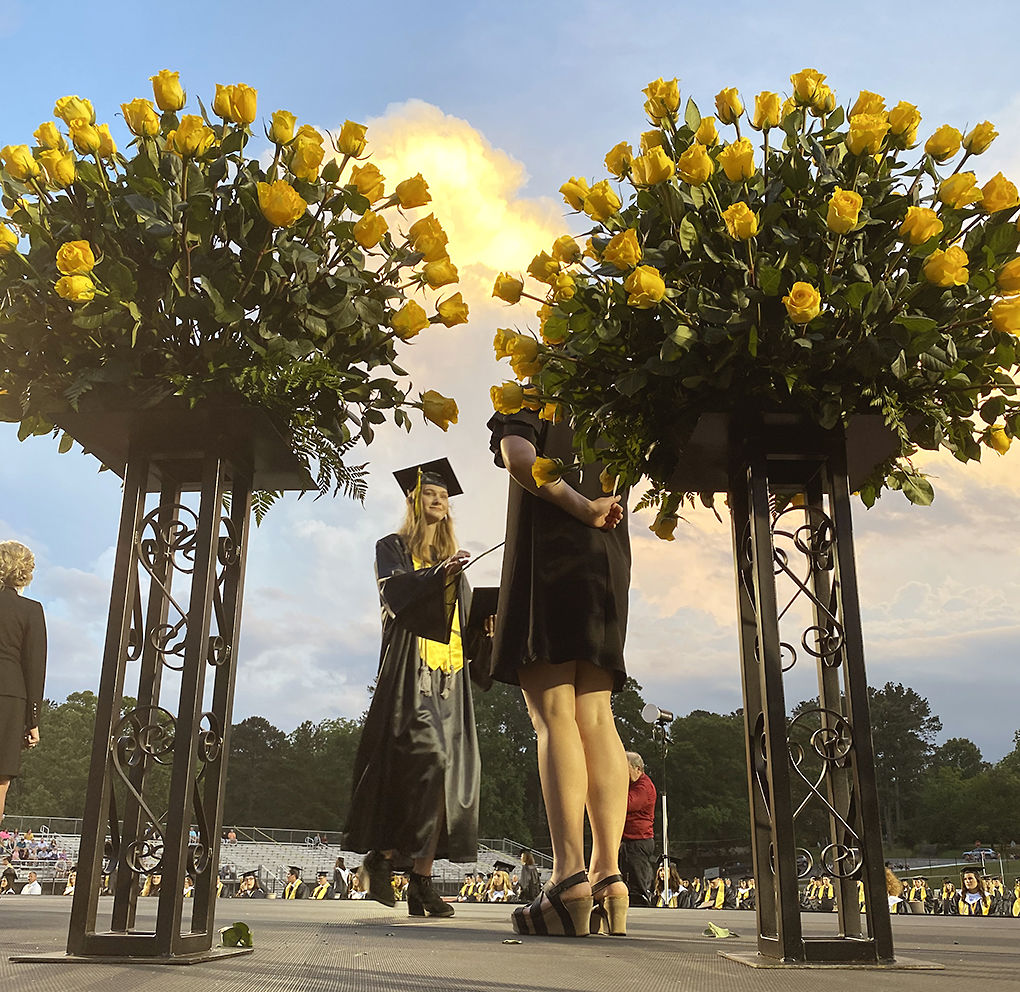 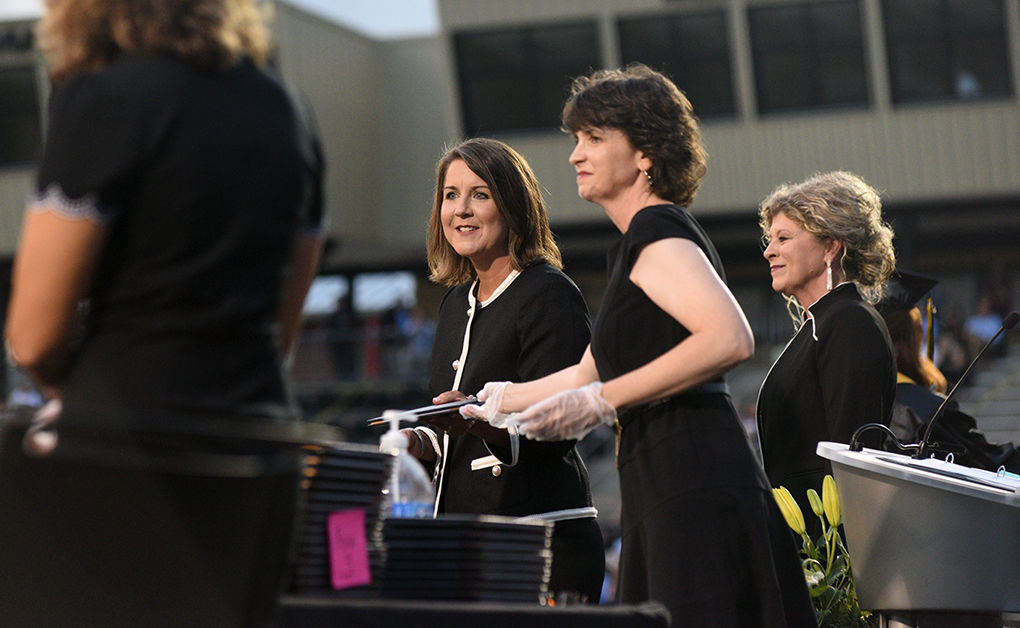 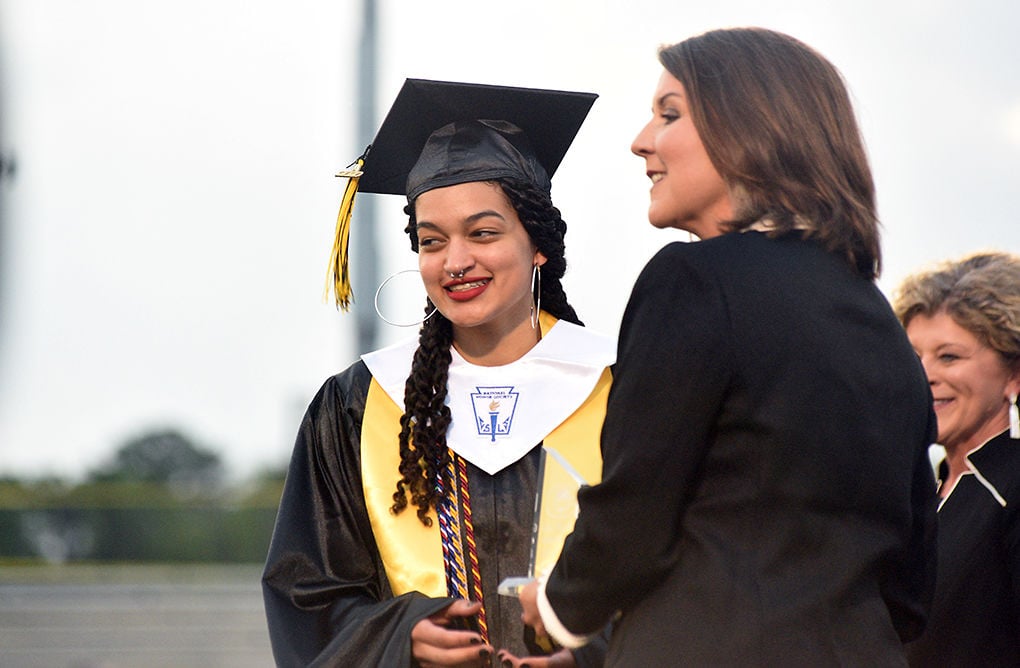 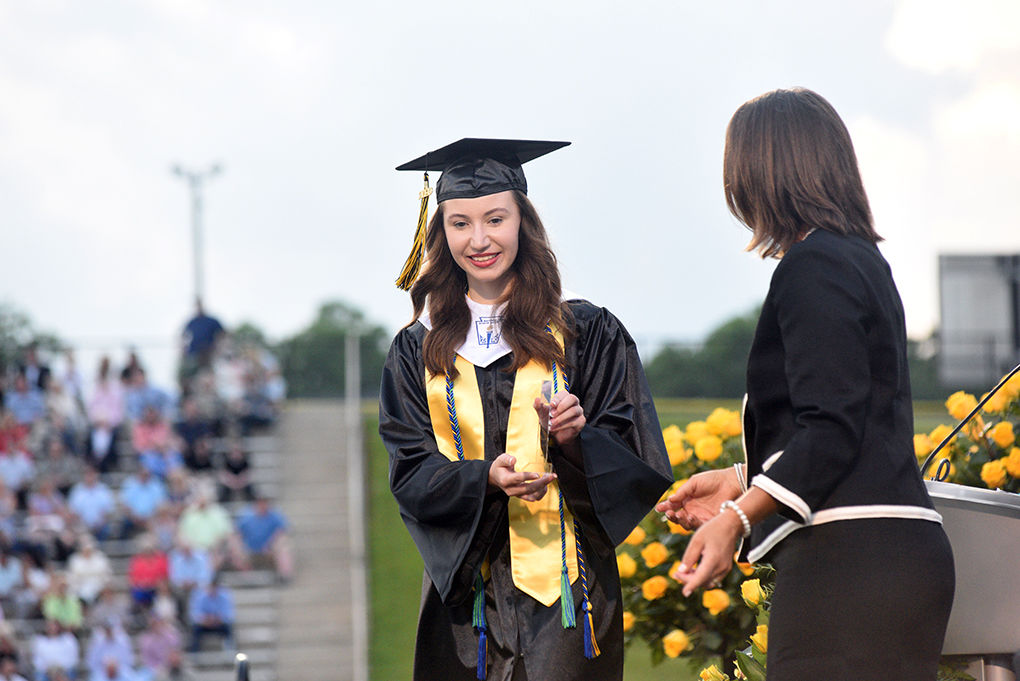 Tradition prevailed over extraordinary circumstances for Cullman High School seniors Friday evening, as the graduating class of 2020 gathered one last time to say farewell with a proper commencement ceremony — a ceremony that, at least for a time, wasn’t guaranteed them.

Leaving behind a school career crowned by once-in-a-lifetime, society-shifting events beyond their control, graduates reunited at the CHS stadium for an outdoor commencement that showed few signs of looking or feeling like anything other than a planned, business-as-usual event.

Even that was nearly denied the Class of 2020. Looming skies foreboding rain almost cut things short at the end of Friday’s ceremony, as if Nature had one last rude coda to add to an otherwise gracious exercise. But as the rain began to fall and the winds blew in to sweep the cap off the head of Desiree Young — the very last graduate to walk across the stage in the evening’s alphabetically-sorted lineup — principal Kim Hall quickly hopped behind the podium to improvise a hasty, but official, ending.

“We’ve got diplomas, we’ve got pictures, and we’ve got graduates — and I confer that upon you!” she chirped in between flashes of lightning, just as the new grads had finished moving the tassels on their increasingly rain-soaked mortarboards.

After finishing out their senior year away from campus, away from friends, and away from all the semester-ending activity that typifies that indescribable feeling of exciting change on the horizon, the chance to hold a traditional commencement ceremony, come what may, was just fine with CHS Salutatorian Anna Katherine Eastman.

“They say that the last nine weeks are the most fun for every senior, and we didn’t get to have that. It’s one of the things that, I guess you could say, was taken away from us,” said Eastman, flanked (at safe social distance) by cap-and-gown-clad classmates at the school baseball field before the event began.

“But I’m really glad we got to have this tonight. We knew we did not want to have, like, a drive-through graduation or anything like that. This is what we wanted.”

Ending their time at CHS amid a global pandemic that, for weeks, all but shut down the rhythms of daily activity…in some ways, it’s taken an emotional toll on seniors and underclassmen alike, said assistant principal Mark Stephens. But, he added, it’s also made for a memorable senior year; the kind of shared experience that almost no one who isn’t a part of the Class of 2020 can call their own.

“I’d say it’s certainly felt, for a lot of these kids, that they’re missing out on a high school experience here at the end,” said Stephens. “Spring sports, the spring play, our choir kids; our band kids — so much activity at the end of the year, and they missed out on all that stuff.

Valedictorian Della Kelly echoed the idea that strange and disruptive times can bring people closer. “I’ve made a lot of friends, and the friends that I have, I’ve gotten closer to,” she said. “The friendships you make are there no matter what. So I feel like what we’ve been able to do with what we’ve been given hasn’t been so bad. We’ve been able to unite and stay together.”

From everyone at The Cullman Times, a heartfelt congratulations to the Cullman High School Class of 2020. Shout it now; shout it forever: Go Bearcats!