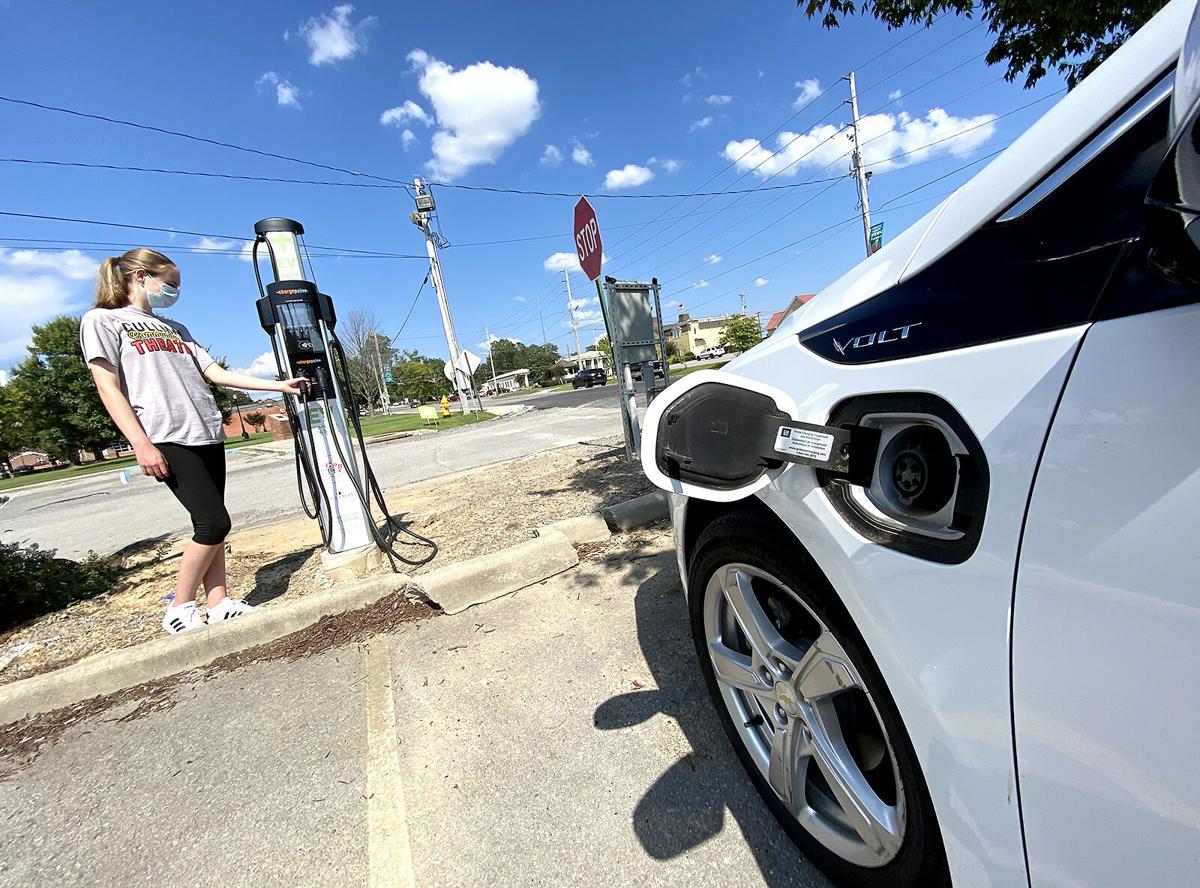 Mary Claire Page is seen Tuesday afternoon with her grandparents’ Chevy Volt at the new city electric vehicle charging station in the parking lot of United Way of Cullman County. 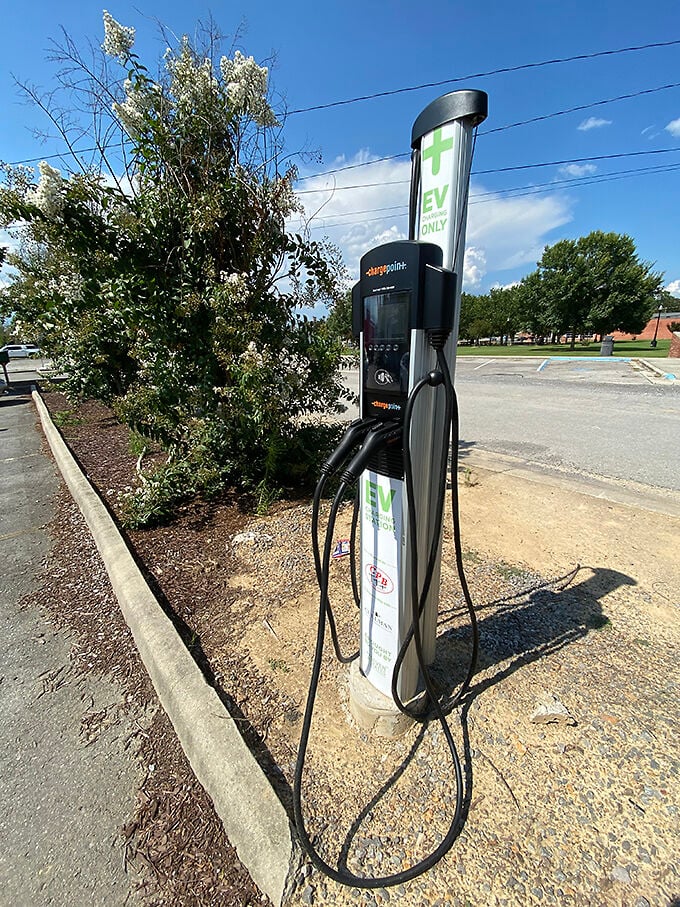 The new city electric vehicle charging station is located in the parking lot of United Way of Cullman County near Depot Park.

Mary Claire Page is seen Tuesday afternoon with her grandparents’ Chevy Volt at the new city electric vehicle charging station in the parking lot of United Way of Cullman County.

The new city electric vehicle charging station is located in the parking lot of United Way of Cullman County near Depot Park.

Looking for a charge? Cullman now has an electric vehicle charging station near Depot Park for drivers needing to recharge. The station is in the parking lot of United Way of Cullman County.

The station opened recently, although there is still more work to be done to make it more aesthetically pleasing. But, said Cullman Power Board Chair Mike Manning, “It’s open for business now.”

Manning said the location of the station near Depot Park gives visitors something to do - namely, shop and browse in the Warehouse District and downtown - while their cars get charged up.

Last week, Gov. Kay Ivey announced that the Alabama Department of Economic and Community Affairs has partnered with the Alabama Clean Fuels Coalition to create a statewide plan to provide more electric vehicle charging stations throughout the state. The goal is to have a charging station along all the major interstates in Alabama, with no more than 50 miles between stations, and each station within five miles of the interstate. The first stage of the state plan will be along the Interstate 20/459 corridor.

With major car companies - such as Volkswagon, Toyota, General Motors, Ford and others - planning to have at least 40 percent of their sales from electric vehicles in the next five year, Ivey said the state’s plan will make it easier for those drivers to charge their vehicles while traveling in and through Alabama.

“This plan will allow for grant funding opportunities that expand access to EV charging stations along heavily traveled areas of our state and invest in Alabama’s future by supporting consumers’ choice to adopt electric vehicles,” Ivey said in a statement. “This is the beginning stage of a great project that will continue moving Alabama forward as more automotive companies, including Mercedes Benz and the numerous other manufacturers here in Alabama, develop EV technology.”

The plan will use funding from the Volkswagen settlement along with funding allocated by the Alabama Legislature to support projects that bring EV charging stations to the state. ADECA manages the VW settlement for Alabama.

In 2015, the U.S. Environmental Protection Agency issued a notice that Volkswagen had violated the federal Clean Air Act by using software to circumvent emissions testing. VW agreed to pay more than $14.7 billion to settle the allegations. The settlement is divided into three programs, one of which requires investments in projects to reduce diesel emissions. Alabama’s direct allocation from the overall settlement is more than $25.4 million. Approximately $3.2 million of these funds will be targeted to support EV infrastructure in the state.