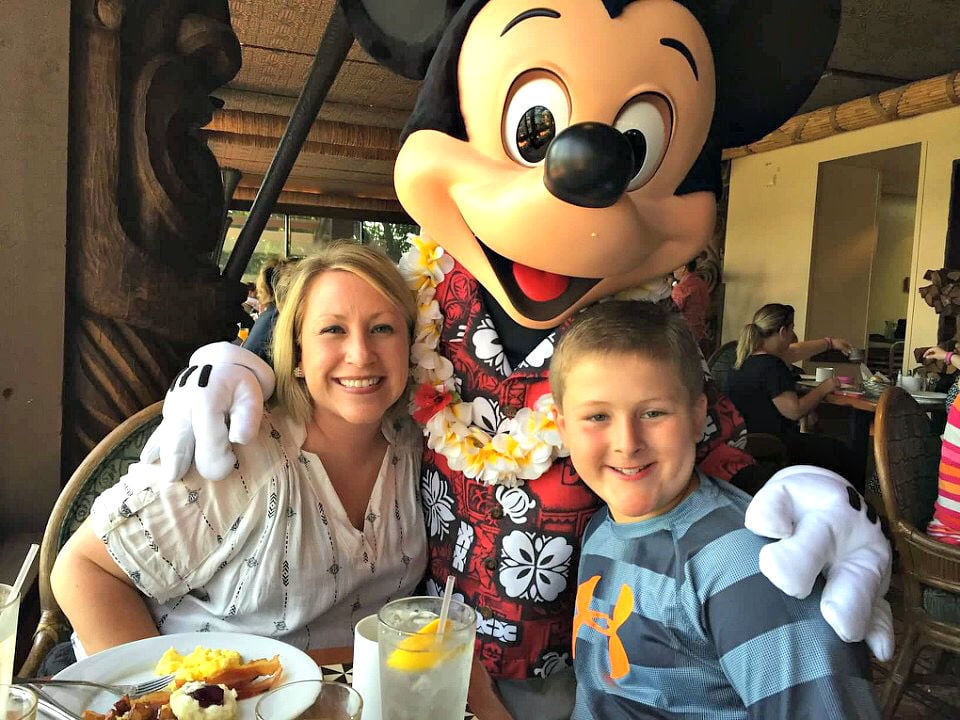 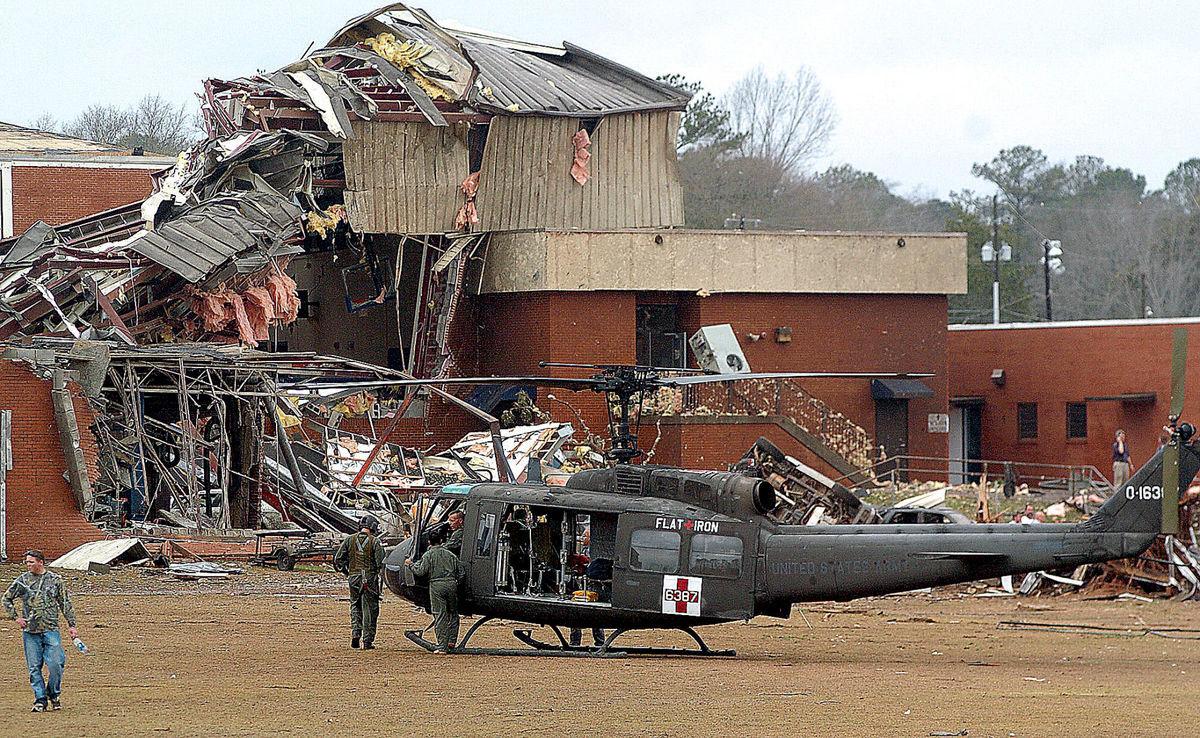 A MAST, Military Assistance and Traffic, helicopter from Fort Rucker awaits victims for transport outside Enterprise High School on March 1, 2007, after a tornado destroyed the school, killing eight and injuring many others.

A MAST, Military Assistance and Traffic, helicopter from Fort Rucker awaits victims for transport outside Enterprise High School on March 1, 2007, after a tornado destroyed the school, killing eight and injuring many others.

Editor’s Note: This story is part of today’s coverage in The Dothan Eagle looking back at the deadly tornado that hit Enterprise High School on March 1, 2007. This article, which highlights current Vinemont High School teacher Shannon Bridges, is being shared by The Times with permission from The Dothan Eagle.

The school day is over at Vinemont in northern Cullman County, but that doesn’t mean Shannon Bridges and her 9-year-old son, Jon Edward, are through with school.

Jon Edward has placed in the school science fair and he must be back at 6 p.m. for the awards ceremony.

Bridges, who teaches honors chemistry, biology and physics at Vinemont High School, won’t miss it. She never misses anything involving her son, whether it is a science award, a ball game or his rousing impersonation of Elvis at a recent school function.

“Things can completely change in a flash,” she said. “You never know if when you get ready to leave, if you are going to see that person again.”

Ten years ago on March 1, 2007, Bridges, a former Enterprise High School teacher, sat in a chair in the science wing at Enterprise High School while students sat against the wall moments before a powerful tornado struck the school. She wore a dress that day and, being pregnant with Jon Edward, decided it would be best to sit in the chair instead of on the floor.

The pressure changed and the tornado hit. Instinctively, she reached for two students and covered them. She remembers telling them everything was going to be OK. She remembers feeling a tremendous amount of weight on top of her.

The wall collapsed. The next thing she remembers is being lifted from a pile of blocks and glass. Many people were seriously injured, including Bridges. She remembers someone telling responders to make sure the ambulance was full of patients before leaving for the hospital.

She remembers someone saying Bridges had to be transported now.

Both of her lungs were collapsed. She had multiple broken ribs. She couldn’t breathe.

“I’m dying,” she told someone in the ambulance.

She was taken to Enterprise Medical Center and then to Flowers Hospital in Dothan.

“I was in and out of consciousness and I was constantly asking if Jon Edward was OK and they wouldn’t tell me,” Bridges recalled, unable to hold back tears.”When I got transported to Dothan my obstetrician was there (Asha Voss). I begged them not to leave me. The next thing I remember is them coming in and telling me the scans showed there was nothing wrong with Jon Edward.

“I was so relieved but I knew I was in trouble. I remember one of the doctors saying ‘If she wakes up in the morning, she’s going to be OK. If she doesn’t …’”

Bridges recovered. She gave birth to a healthy Jon Edward and returned to school in the fall.

Their resilience reflected the spirit of Enterprise after the storm.

“I can remember being back there in the fall and teaching in a trailer at Enterprise State and the kids were all there helping like normal,” Bridges said. “The kids just kept going. It is amazing how they just bounce back. It was amazing.”

Three years later she accepted a position at Vinemont in Cullman County, where she graduated high school.

“Not a day goes by that I don’t think about the boys,” she said. “Last fall I saw a Halloween costume and it was the same one that AJ would wear. Even 10 years later, it just seems like yesterday. That is something you don’t forget. The suffering is still there, the worrying about your students is still there.”

The science fair awards ceremony will come and go. Bridges will take plenty of pictures. Of course she will think about Enterprise on the storm’s 10-year anniversary, but her thoughts will be present for more than one reason. Cullman County is in an elevated-risk area for severe weather Wednesday.