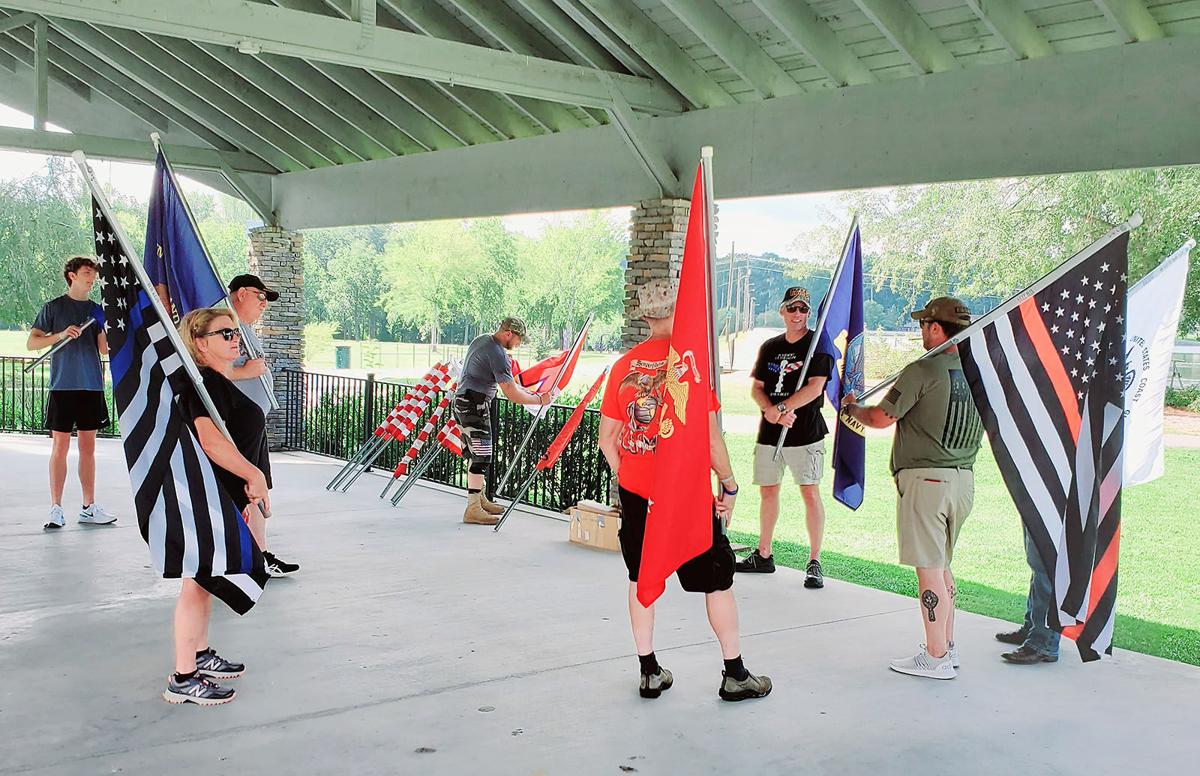 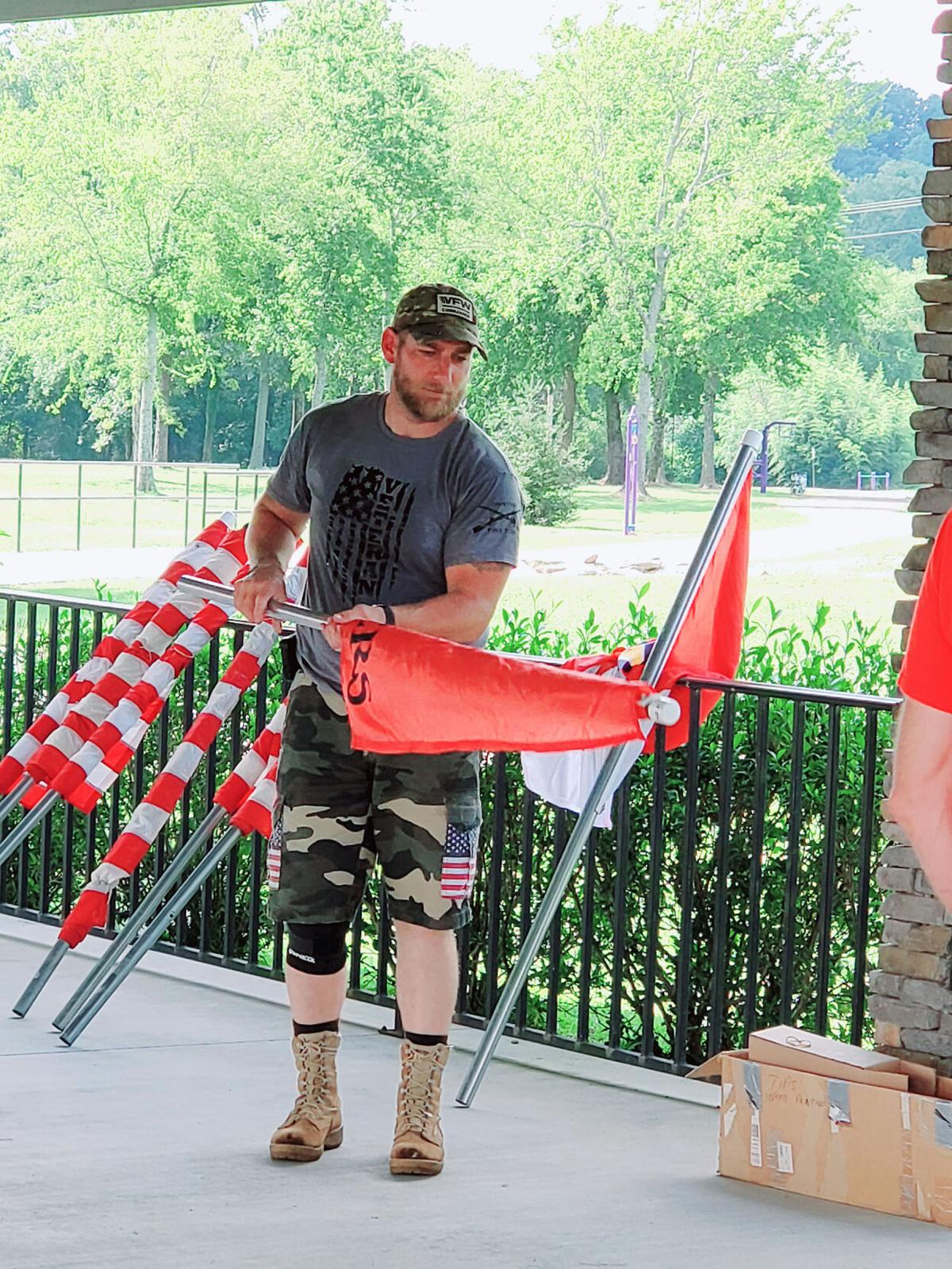 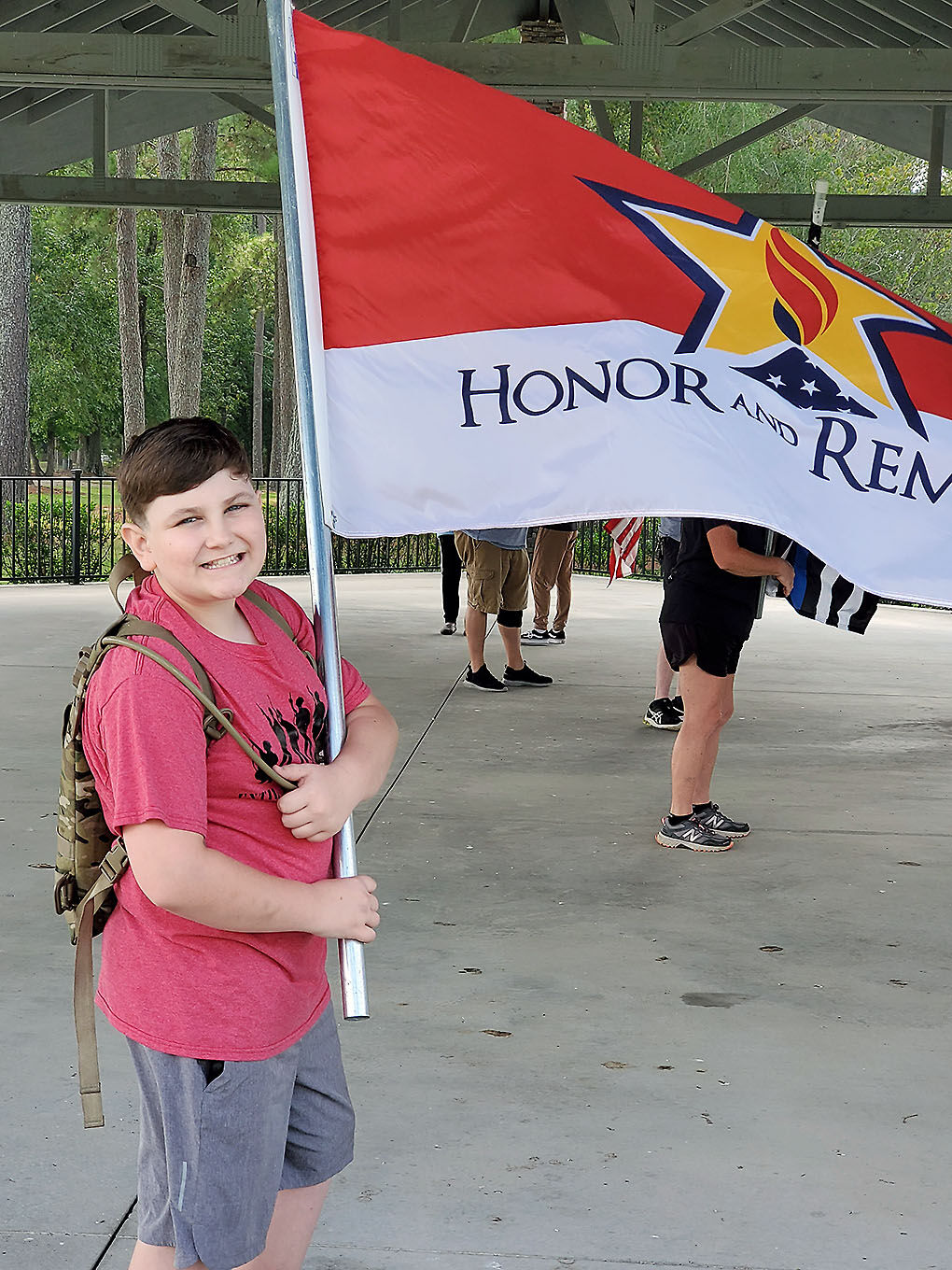 On Friday members of the Veterans of Foreign Wars and Auxiliary took part in a march around Sportsman Lake in remembrance of the terror attacks on the United States on September 11, 2001.

Carrying flags including Old Glory, all five branch flags, the Firefighter and Police flags, as well as the Honor and Remember flag, Veterans, family members, and members of our community made the loop on the walking trail around the lake.

Shortly after 10 am, VFW Commander Brian Monk started the march off by playing the National Anthem. VFW member Michael “Doc” Elston led the group in prayer. As they stood at attention, members of the group set their hearts and minds on the lives taken, and freely given, on that day 19 years ago. Their march was hot, but not nearly as hot as the explosions in New York and DC that day. Their march was long, but not nearly as long as that day, or the days following for the many Americans waiting to hear from loved ones. As the group made its way back to Veterans Park, where they started, their minds were on the brave Americans who crashed the plane in a field rather than allow the highjackers to take more lives.

“All gave some, and some gave all. These Veterans from Post 2214 showed up to give a little more in remembrance of our fellow Americans,” stated a VFW member who marched.

Commander Brian Monk added, “I’m here marching today to remember those who woke up on this day 19 years ago and had no idea it would be their last day on Earth. Also for their family members who would never get the chance to say goodbye. The Cullman VFW will make this march an annual event and hopefully give everyone in our community a chance to honor our nation’s heroes, military, fire, law enforcement, and civilian.”

“I’m proud of our children for showing up and participating today. We had several children here that weren’t even born when 9/11 happened, but wanted to show honor to those who died. That says a lot about our local Veterans and our community. Cullman is a place to be proud of and we hope to get a lot more participation in future years,” Auxiliary President Rachel Monk said.