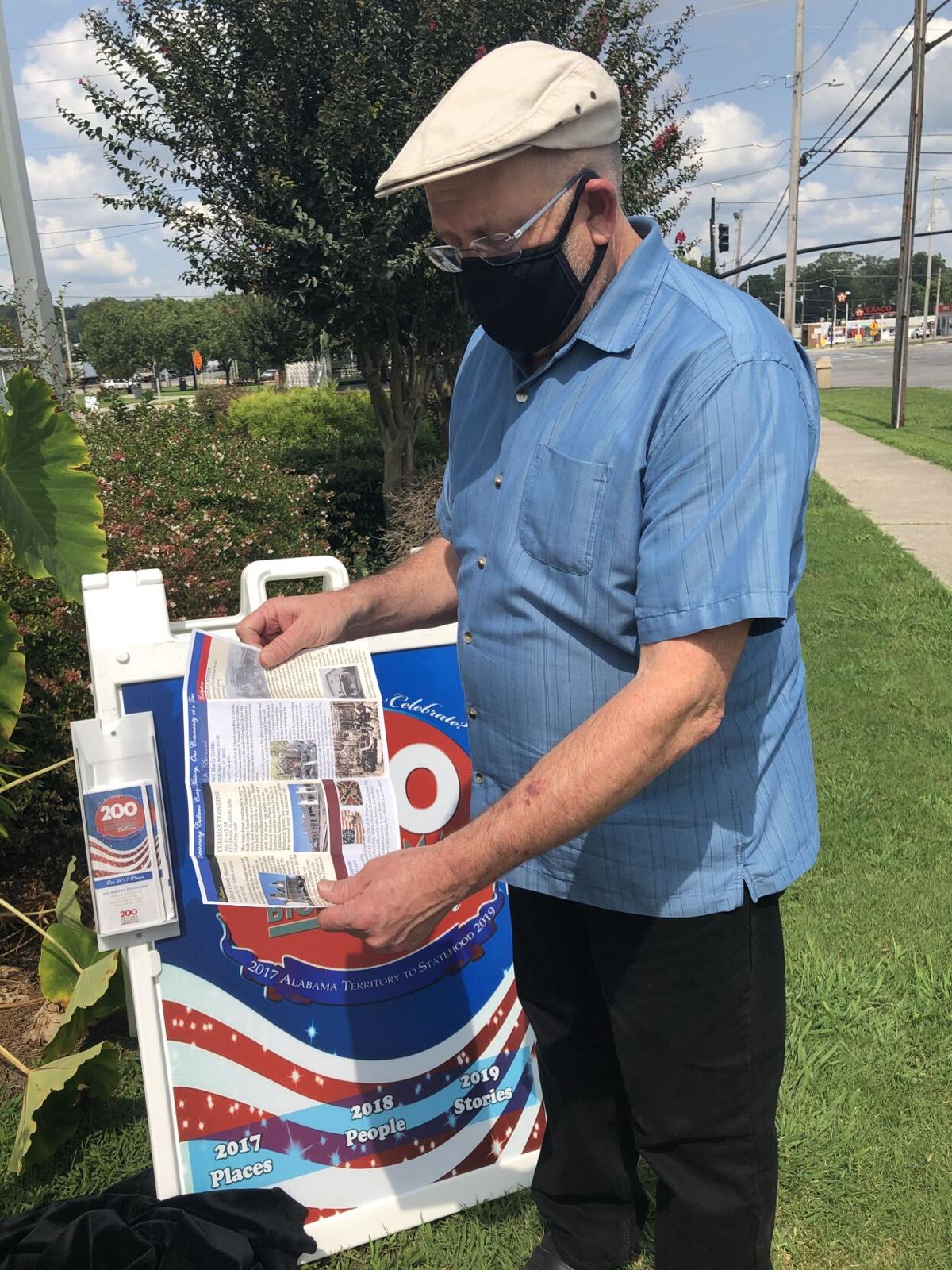 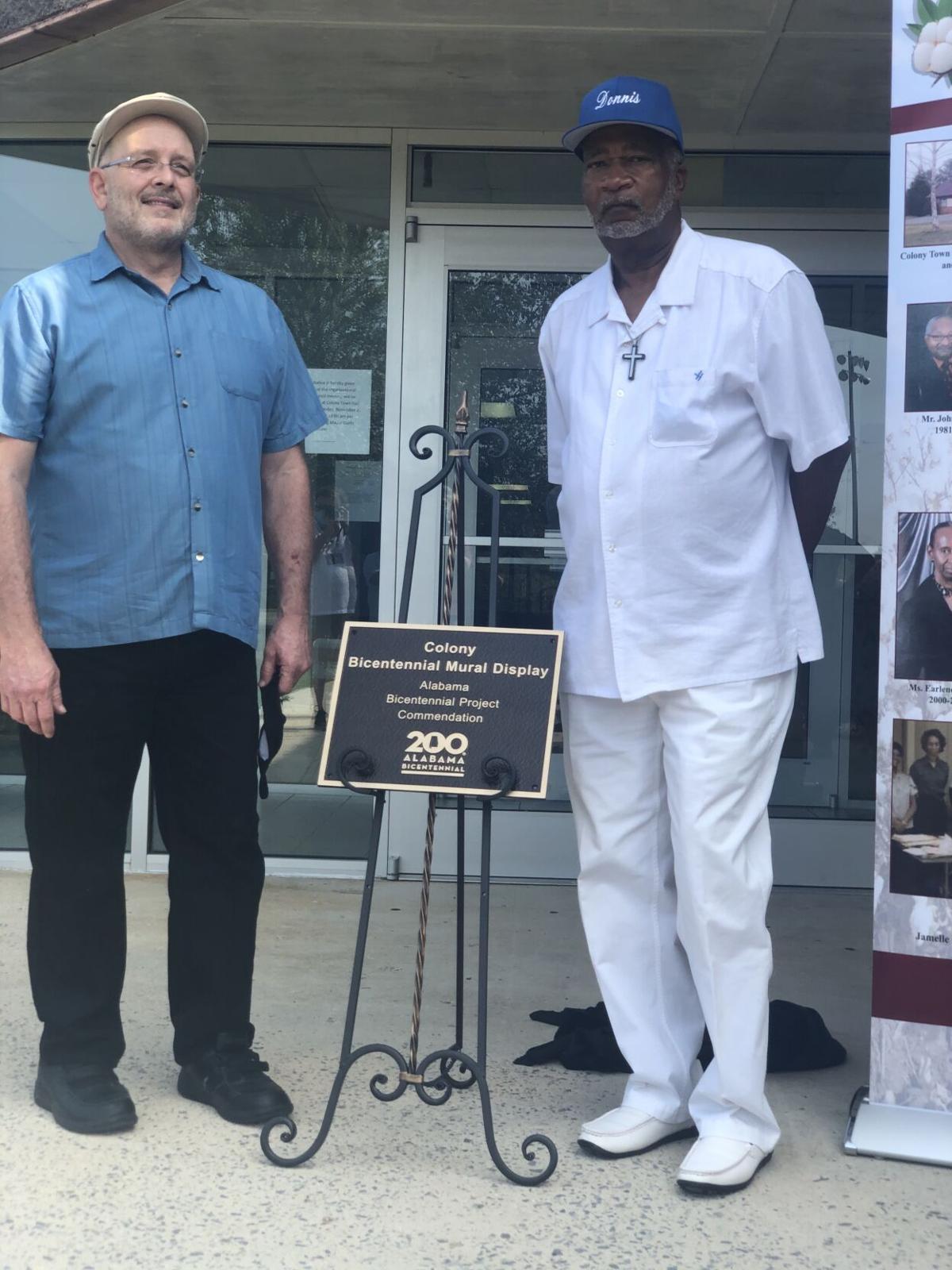 Cullman County Museum Director Drew Green, left, presents Colony Mayor Donnis Leeth with a plaque commemorating the town's mural project to celebrate Alabama's bicentennial. The project was one of three local projects to be recognized by the Alabama Bicentennial Commission.

Cullman County Museum Director Drew Green, left, presents Colony Mayor Donnis Leeth with a plaque commemorating the town's mural project to celebrate Alabama's bicentennial. The project was one of three local projects to be recognized by the Alabama Bicentennial Commission.

Three local Alabama Bicentennial Projects received special plaques commemorating their outstanding contribution to Alabama’s recent bicentennial celebration. The town of Colony, Wallace State College and the Cullman County Museum were singled out for their celebration of the state’s bicentennial.

Between Mar. 3, 2017, and Dec. 14, 2019, every county, more than 200 local community committees and dozens of organizations throughout the state participated in Alabama’s bicentennial commemoration. They undertook hundreds of projects and activities over the three-year celebration. From those, the Alabama Bicentennial Commission selected 21 projects to receive legacy awards and 41 to receive commendations. All made a significant and/or lasting contribution to the state’s commemoration.

“Alabama people, communities and organizations showed their creativity and resourcefulness throughout the commemoration, but nowhere more than in the programs and projects they brought to life,” notes Alabama Bicentennial Commission executive director Jay Lamar. “They helped ensure the bicentennial engaged all ages and interests. The bronze plaques are permanent testimonies to their contributions.”

In plaque presentations in Colony and at the museum on Wednesday, Green noted that the Cullman County Bicentennial Committee was committed to highlighting all areas of the County. The museum created signs commemorating the state’s bicentennial with brochures that pointed visitors to historical areas throughout the county.  “That was our goal, to represent the whole county,” he said.

“This is a great honor,” said Cullman Mayor Woody Jacobs. “We’re really proud of this.”

Among the award recipients were exhibitions, school projects and city murals. Many initiatives were locally focused, while others involved regional or even statewide interests. Many are especially notable for their long-term relevance and impact.