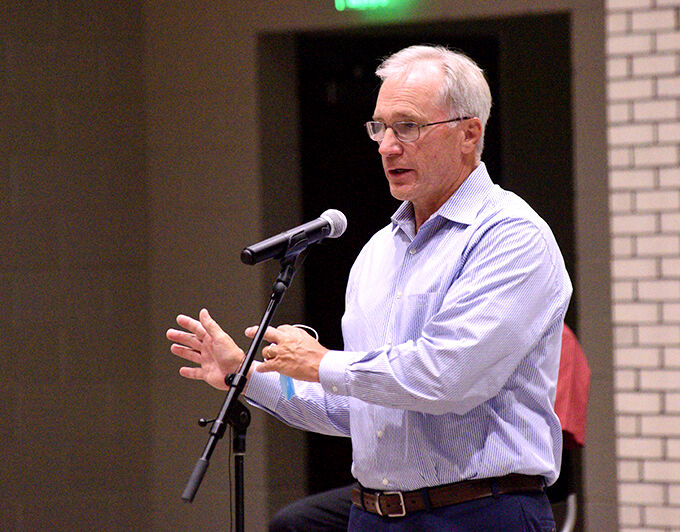 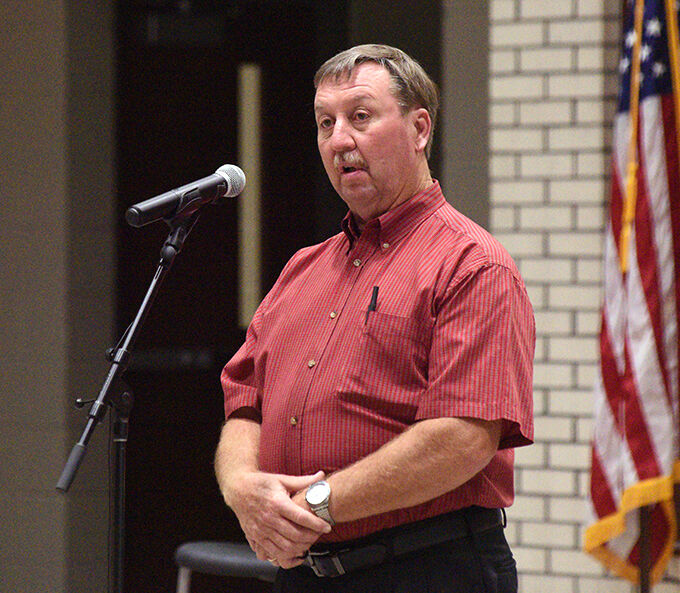 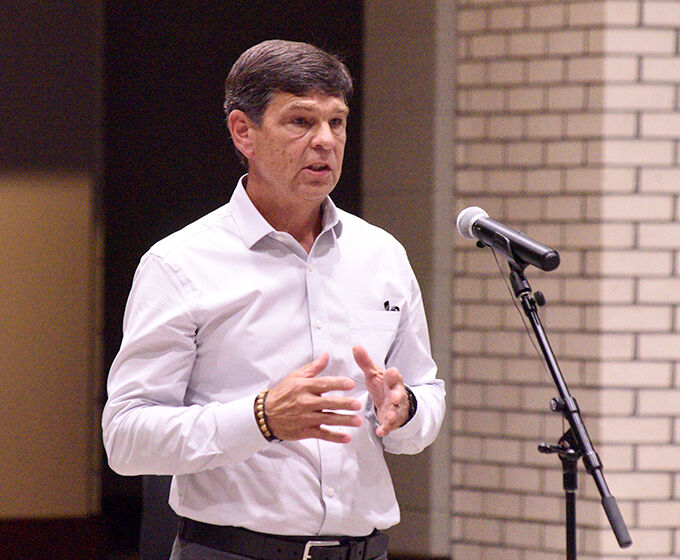 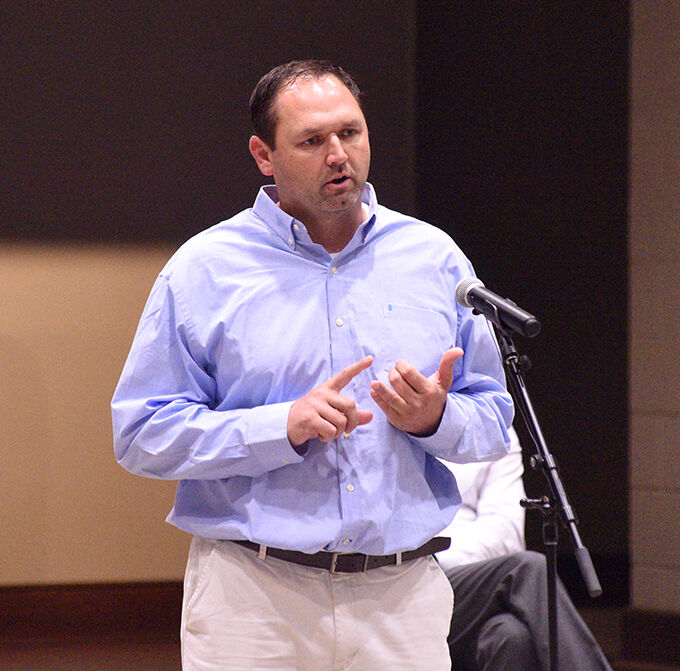 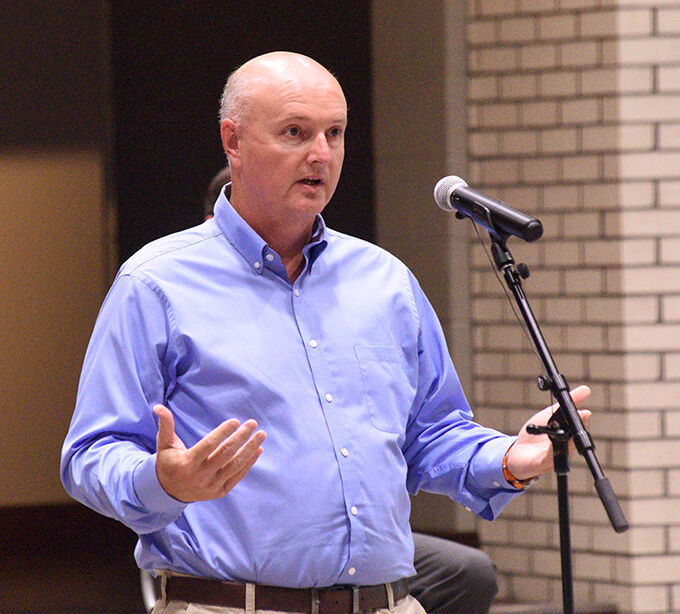 Eight candidates vying for four contested seats on the Cullman City Council shared their ideas about shaping the city’s future Wednesday at a pre-election forum hosted by the Cullman Area Chamber of Commerce.

There was little to distinguish the candidates from one another when it came to supporting the needs of the city’s schools. Asked whether they’d support putting before the people a hypothetical ballot measure to raise either sales or property taxes — if, that is, the local school system were to request it — all candidates responded with an emphatic “yes,” with some qualifying their answers to assure due diligence to how that additional money might be spent.

With all candidates agreeing that Cullman has been largely well managed and enjoys comparative stability in its economic, infrastructural, and educational opportunities, variations in ideas for the city’s future were mostly a matter of nuanced opinion between the challengers and the incumbents. The one topic of concern on which most agreed is that a growing city means potential growing pains — and devising solutions in the here and now for anticipating and addressing the problems that go with it.

Moss, whom Townson is seeking to unseat, agreed, adding that Cullman’s growth has created the kind of problems he’s glad, as a sitting council member, to face.

“The biggest challenges I see for Cullman, setting aside the [current] COVID situation…are all associated with our success. We’ve grown at a pace that’s admired by other communities,” leading to increased demand for more classrooms, diligent infrastructure maintenance and improvements, and affordable housing — “all challenges that resulted because of the success that we’ve had.”

Cummings, who’s running against incumbent Clint Hollingsworth, said his ability to build consensus among residents, business owners, local leaders, and the local legislative delegation would be an asset as the council begins to address the next phase of Cullman’s growth over the next four years.

“‘I’m not an arguer,” he said. “If you can’t sell something with your ideas, arguing’s not going to solve anything. I can deal with government, and I know all the people in our [legislative] delegation. On the government, people, and business sides, I think I can bring people together.”

Standing on his recent council record, Hollingsworth said those kind of personal qualities are important, adding that he also endeavors to represent all the city’s residents — whether they’re parents, retirees, business owners, or below-average income earners just seeking a better life.

“I need to represent those folks in Larkwood the same way I represent those folks on Lessman street,” he said, adding that a key component of his decision-making process is to approach conflicts reasonably. “I listen, and I understand the struggles that people go through…it’s important to take the emotion out of certain decisions.”

While all candidates responded to a question about local tourism with predictable enthusiasm, Cook said he understands firsthand how much behind-the-scenes deliberation and effort goes into attracting outsiders to the area — and how crucial that is to ensuring the council achieves tangible value for the city and its residents.

“What helps drive tourism is investment in major events,” Cook said. “Those things don’t just ‘happen.’ The city council, park and rec, and the Chamber of Commerce pursue them…they dissect information to try and calculate the return on investment before recruiting events like professional fishing tournaments, state athletic competitions, and more to the area.

Parker, who’s seeking Cook’s council seat, said Cullman may be approaching the limit of acceptable rapid growth, pledging to aggressively address growth-related future problems before they occur. “‘I think that it is possible that a city can grow too fast,” she said. “We are now experiencing some of those growing pains…I want to be more proactive than reactive to these changes in the future.”

Like other candidates, Smith agreed that Cullman has prospered under stable, consensus-driven leadership. But he added that some upcoming challenges will require pragmatic, hands-on solutions, especially as the city’s working and student population increasingly relies on technology to do business.

“I believe with the COVID pandemic that the issue of broadband internet is certainly something we should have available to every one of our citizens in Cullman,” he said, citing the city’s storm water drainage infrastructure as another area he’d like to help improve.

Page, whose council seat Smith is seeking, stressed the current council’s track record of good leadership, adding that extending his service on the council would mark a vote of confidence that residents have faith in Cullman’s current leadership.

“I think leadership is the most critical need in any organization,” said Page, drawing many comparisons from his long career as both a former teacher and football coach at Cullman High School. “You have to admit — Cullman’s pretty good right now, and I don’t think anyone here would disagree with that. But if certain things were to happen, that could go south in a hurry. We need people in leadership who know to be tough when it’s time to be tough; but who also know how to get along with each other.”