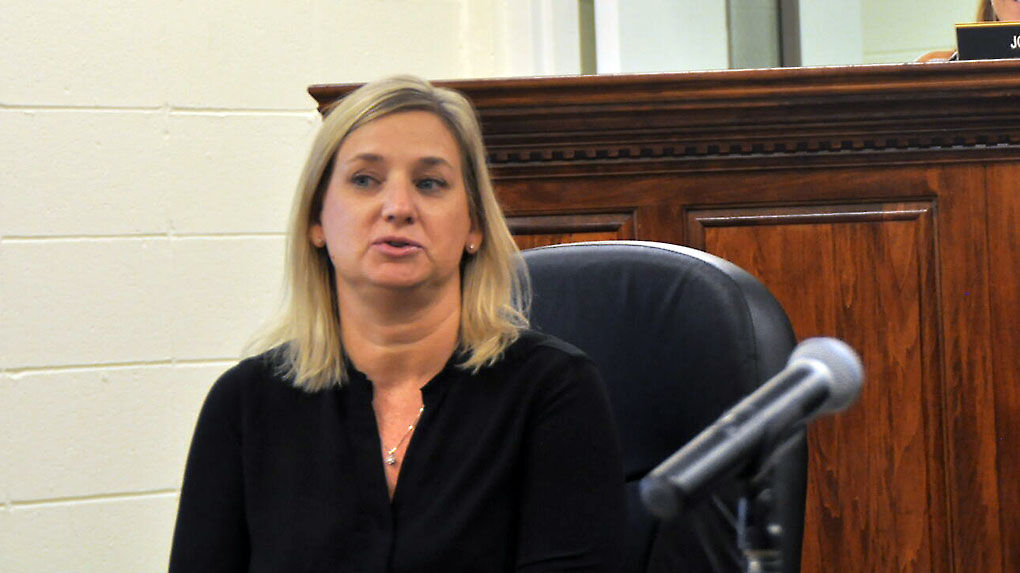 Suzanne Harbin recalls her 17 years on the board. Thursday was Harbin's last board meeting. 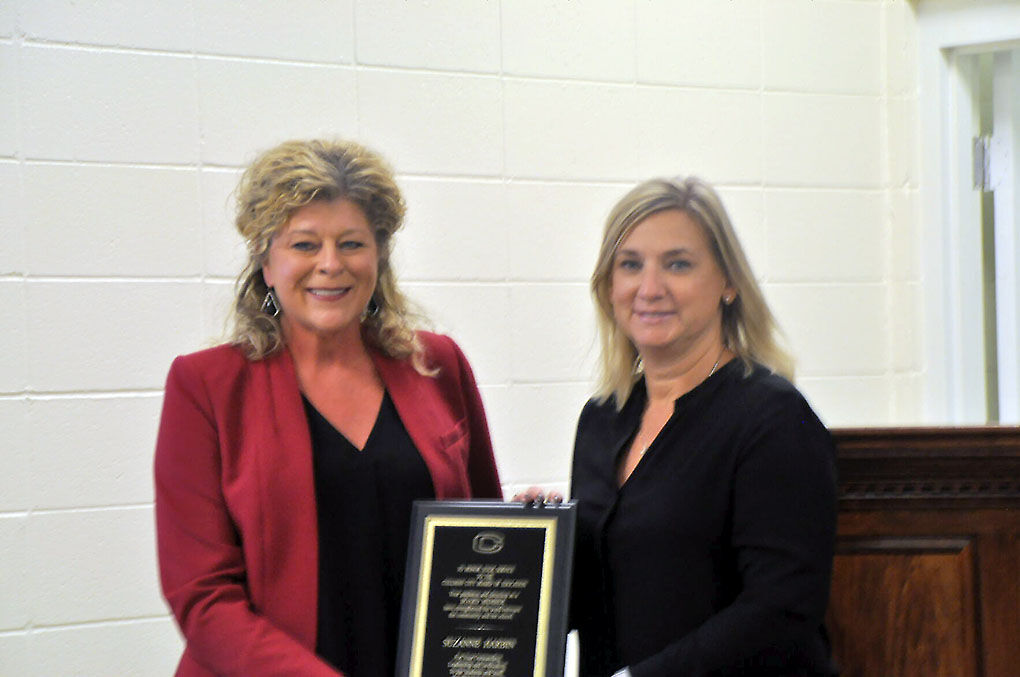 Cullman City School Superintendent Susan Patterson, left, presented long-time board member Suzanne Harbin with a plaque at her last meeting after 17 years of serving on the board.

Suzanne Harbin recalls her 17 years on the board. Thursday was Harbin's last board meeting.

Cullman City School Superintendent Susan Patterson, left, presented long-time board member Suzanne Harbin with a plaque at her last meeting after 17 years of serving on the board.

The Cullman City School Board bid farewell to its longest reigning member, Suzanne Harbin, Thursday night and adopted its plan to finding a new superintendent when current Superintendent Susan Patterson retires next year.

Harbin has been on the council since 2003 and is leaving after choosing not to run again after 17 years.

Patterson presented Harbin with a plaque on behalf of the board. “Ms. Harbin has been more than a school board member to me,” said Patterson. “She’s a friend, a pillar of the community and our school. She spends many long hours on her own, full-time job but has always been there as a board member when you need her as a board member.”

Board President Joey Orr told Harbin, “You’re the model of what we need to be doing and how we serve. You’re also kind of the historian of the group.”

“You have such wisdom in times when you have to make very tough decisions,” she added.

Board member Jason Neal said Harbin has been “a role model” to him.

“She’s been a great friend to me,” he said. “My first term she put in my place a lot and I’m glad she did. I appreciate you as a board member what you’ve done for this board for the past 17 years, and thank you for mentoring me. We will miss your leadership and passion for this school system.”

Harbin said she recalled being appointed to the school board when the city schools “were in dire straits.”

“I’ve been lucky enough to serve with great people along the way,” she said. “It’s been really good.”

“Where the school system is now, from where we were when I started in 2003, we’ve come leaps and bounds and I could not be more proud, and the only thing left to do, in my mind, is to partner with our city government and city council and put forth the capital planning we’ve been working so hard on,” she said.

Board member Lee Powell is also leaving the board after serving one term, but was not at the meeting Thursday night. Patterson said they will present him with a plaque at a future date.

The board also approved a plan for finding a replacement for Patterson, who is retiring July 1 next year.

The board has hired Lanier Ford Shaver & Payne to facilitate the search. Taylor Brooks told the board he’s recently completed superintendent searches for several school systems, including Morgan County and Muscle Shoals.

Unlike some searches, he said, the Cullman City BOE has more time for the search, but the process will be similar to others he’s helped with.

“I view myself as a facilitator,” he said. “You guys make all the decisions. You can tweak the process; you guys are the boss.”

The timeline for the search starts Nov. 2 with posting the notice of vacancy at the schools, central office, on the system’s website and in target publications.

Applicants will then have two months to respond. He said he expects to receive 20-25 applicants, based on the response rate for other superintendent searches.

“For two months you guys won’t really do anything, the applications will just come in and we’ll assemble them,” he said.

Following the meeting he told The Times that his firm will flag any applicants that don’t have all the requirements the BOE is seeking, but will pass along all applicants to the board members to review. “I want to make sure they see who applies,” he said.

The application period will end Jan. 4, 2021 and board members will individually select their top five candidates in order of preference. Brooks will then tally the results and present the board with the five finalists on Jan. 19. If there is a tie, he said, he will bring it to the board for them to decide between the two candidates or decide if they want to expand the number of finalists.

After that, Brooks will arrange either virtual or in-person interviews for the finalists with the board, and will also conduct a background check of the finalists.

He said they can expect to approve a contract with the new superintendent at their April meeting, but “know that this timeline is not written in stone and the board can change it.”