The Cullman City School Board approved the contract for new superintendent Kyle Kallhoff during Thursday morning’s meeting, and set a date of April 1 for Kallhoff to take over in his new role.

Kallhoff, who will be joining the system after serving as the superintendent of the Demopolis City School System since 2015, was approved as the system’s next superintendent during a special called meeting in January. 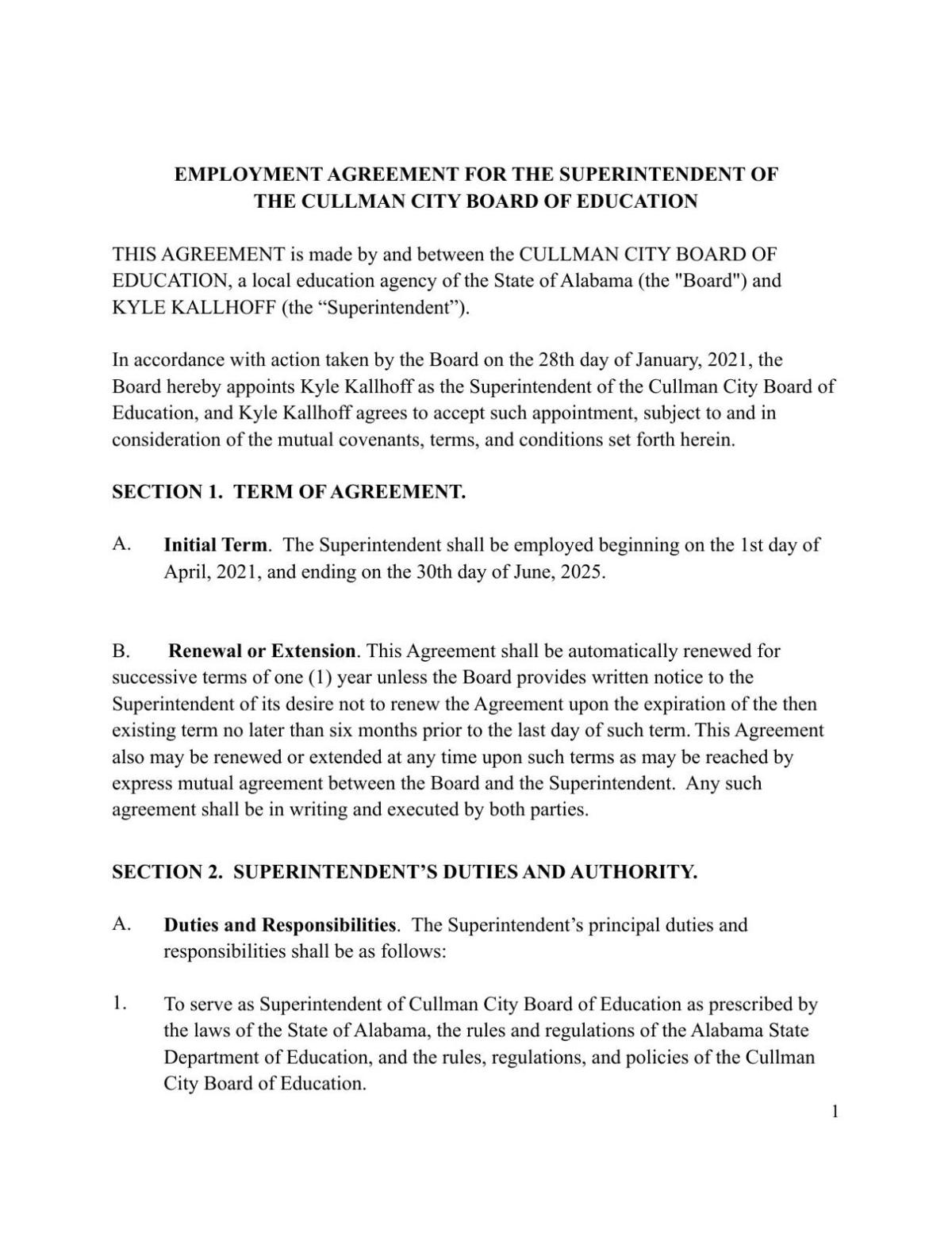 Current superintendent Susan Patterson, who is set to retire in July, said she will stay on as a consultant for her final three months in the system to help smooth the transition to a new superintendent.

Under the contract that the board approved Thursday, Kallhoff’s compensation as superintendent will be $180,000 per year, with an annual increase of 2.5 percent or the percentage increase for certified education personnel directed by the Alabama legislature, whichever is greater.

The board also agreed to provide a one-time moving allowance of $8,000 for Kallhoff and his family to relocate to Cullman, as well as a housing stipend of $1,500 per month through April 31, 2023. After that date, the board will reevaluate the housing allowance. 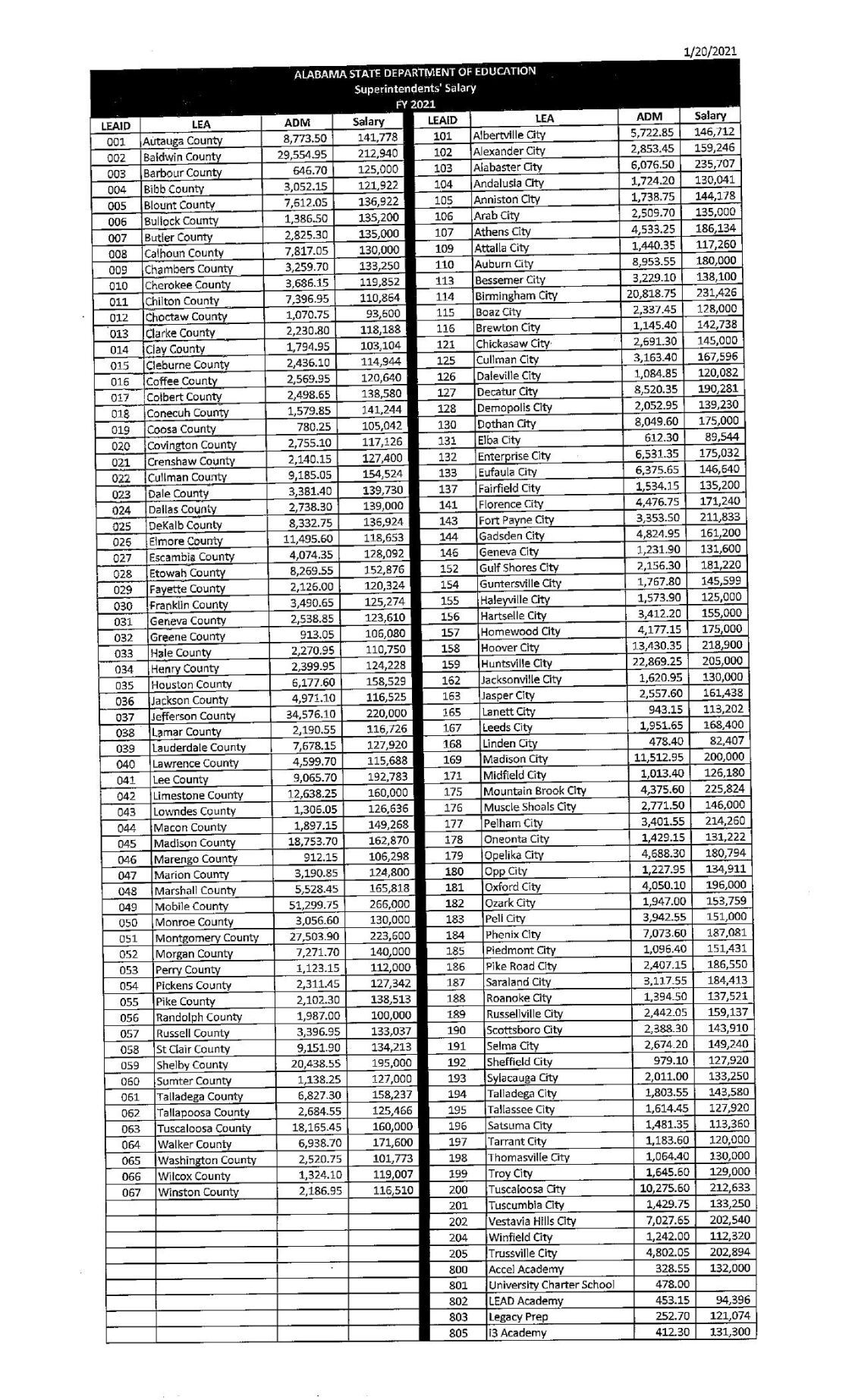 The board can also increase the pay Kallhoff receives during the contract with an amendment that would not require a new contract to be signed. Unless it is terminated by either Kallhoff or the school board, the compensation and benefits can not be reduced during the terms of the contract.

The contract will be renewed automatically each year unless the board provides written notice of its desire not to renew the contract no later than six months prior to its last day.

The school board also will evaluate the performance of the new superintendent annually, based on the duties that are detailed in the contract and the quality of performance in his duties.

The contract can be voided at any time by mutual agreement between Kallhoff and the board, or by either party unilaterally.

If Kallhoff wishes to terminate the contract, he must provide no less than 60 days’ written notice to the board prior to the effective date of the termination, and the board will continue to pay any compensation due under the contract until that effective date.

In the event that the board does unilaterally terminate the contract without cause, the system shall pay Kallhoff, as severance pay, all of the aggregate salary and benefits he would have received under the contract.

The board can also terminate the contract with cause for any of the following reasons: incompetency, immorality, misconduct in office, willful neglect of duty, intentional insubordination, material breach or violation of law or fiduciary duty, failure to perform duties in a satisfactory manner, or other good and just cause.

If the board wishes to terminate the contract with cause, it will provide written notice to the superintendent of its intent and the reasons behind it, and Kallhoff will have the opportunity to contest the contract's termination in a hearing hosted by the board. If the contract is terminated with cause, all payment of salary and benefits would cease immediately.