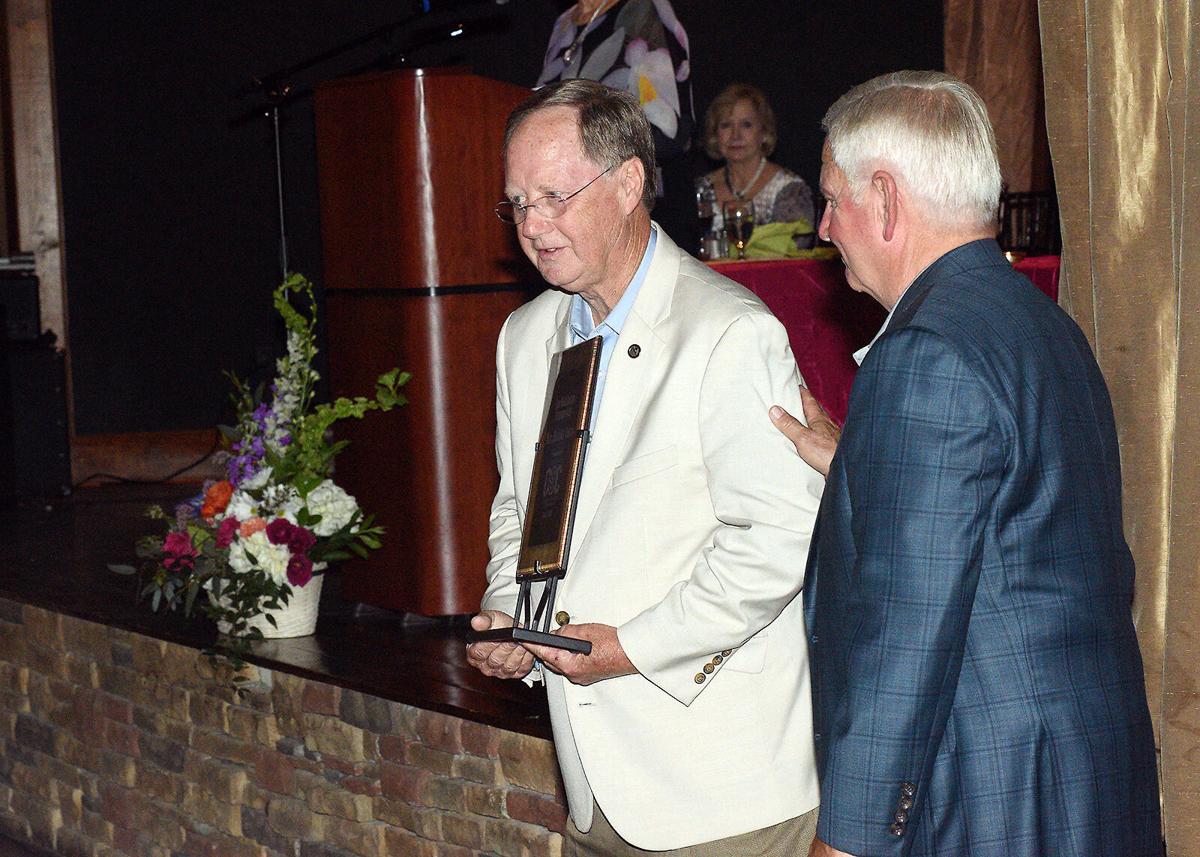 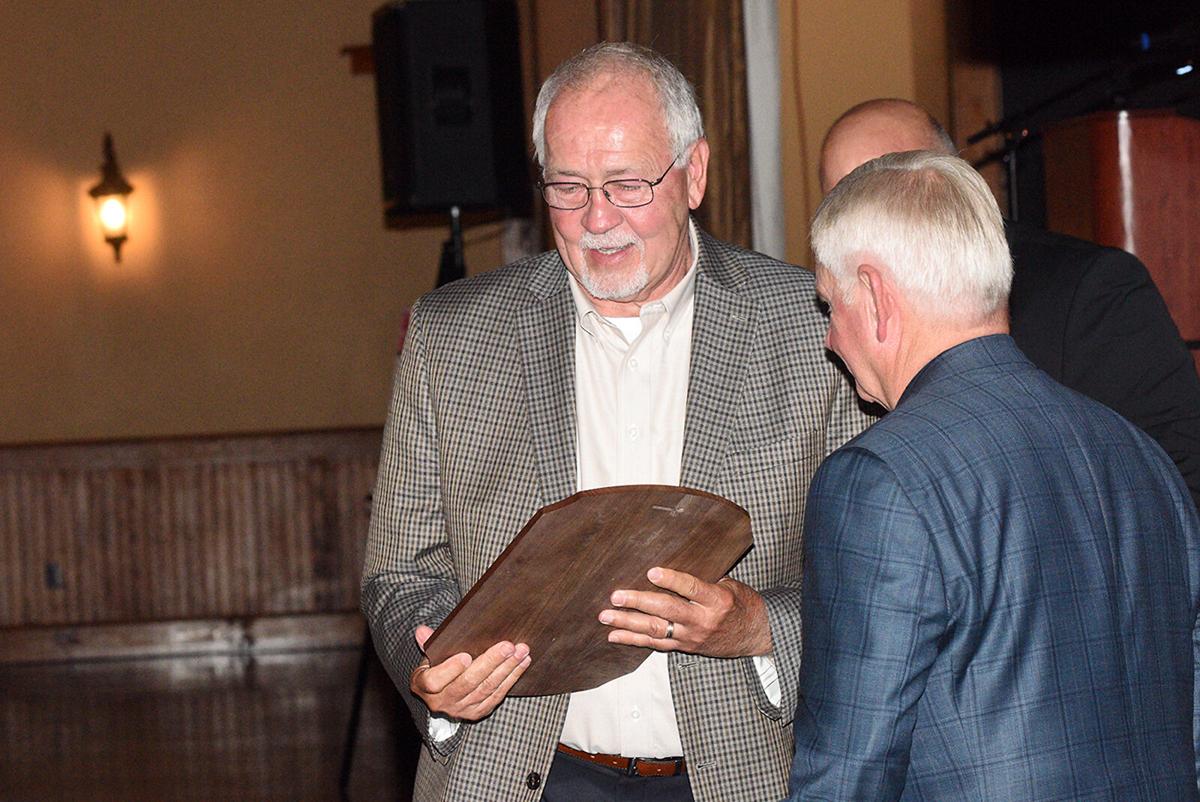 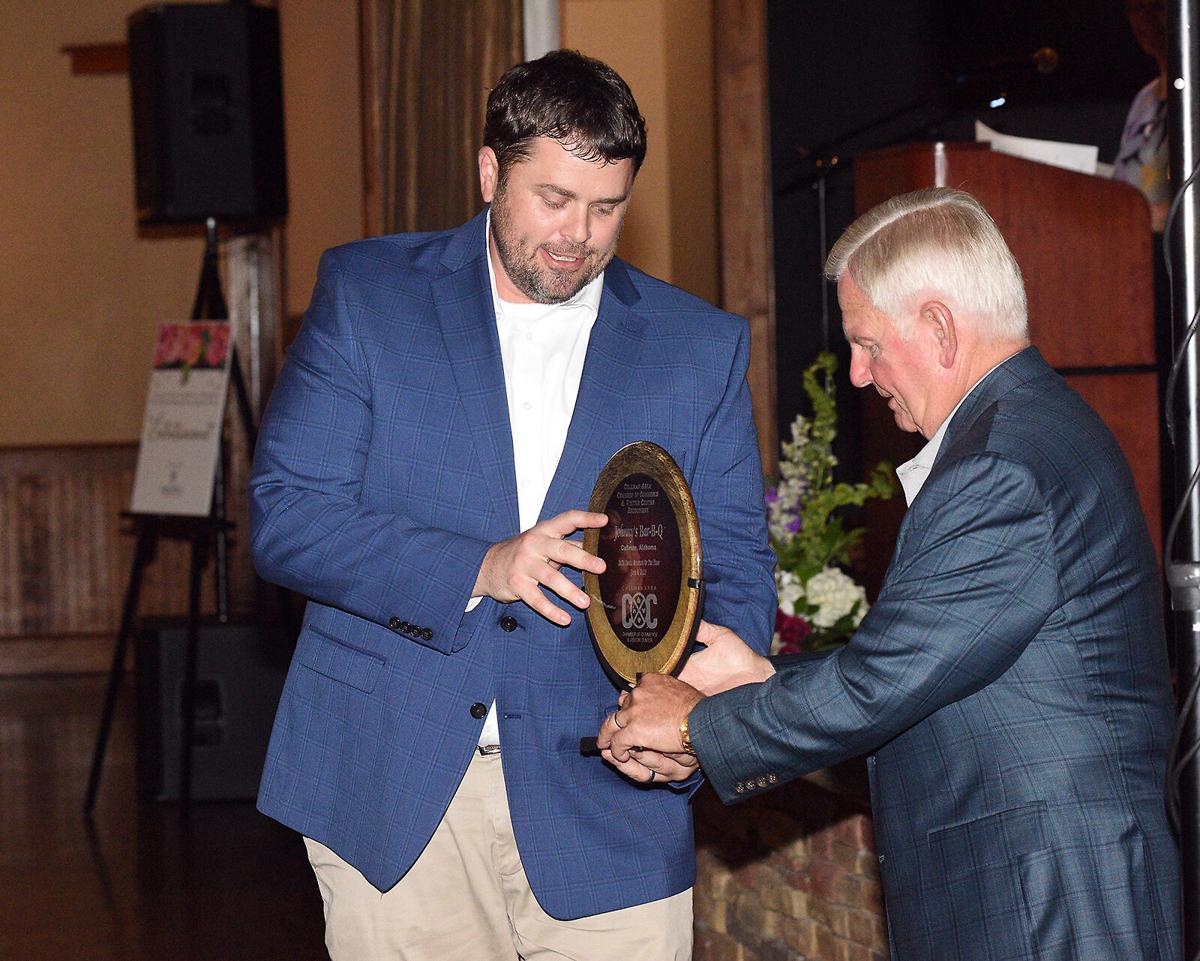 The Cullman Area Chamber of Commerce reflected on the past year and handed out the Small Business of the Year Award and individual awards at its Annual Meeting and Garden Party.

Johnny's BBQ was named the Small Business of the Year. Chamber President Peggy Smith noted that the restaurant "set a high bar" for other small businesses and provided inspiration to all.

Cullman Economic Development Director Dale Greer received the Lucille Galin Public Service Award for his "optimism and co-operative efforts" in bringing industries and jobs to Cullman County, his leadership on the Duck River Reservoir and his role as the spokesperson for Cullman County economic development.

The Emma Marie Eddleman Citizenship Award was presented to Rep. Randall Shedd for his leadership and "determination to "help restore dignity to those resting in Cullman Memory Garden."

Intended to be an outside event, the dinner was moved indoors due to weather, but it didn't dampen the spirits of Chamber members who had to forgo the annual event last year due to Covid.

"The past year was one of the most challenging and difficult years," said Chamber President Peggy Smith.

The meeting and garden party was dedicated to the memory of Jackie Moore, a 10-year employee of the Chamber who died last year. "Jackie was an invaluable member of the Chamber team," said Smith.

Chairman Jeff Tolbert said that Chamber members were seeing revenue figures returning to pre-Covid levels, and that the Chamber is focused on its mission "to be an added resource to make our businesses a success."

He said the newly created Tourism Bureau, "will allow the Chamber to return to its core mission of business development."

Tolbert also highlighted some of the activities of the Cullman Area Chamber, including fishing tournaments that have brought anglers from 31 states and hundreds of thousands of dollars in revenues for local businesses; the return of 2nd Fridays; and the return of monthly meetings beginning next month.