To help students who may be struggling in virtual or traditional school, the Cullman County School Board voted Thursday to use federal funding to pay teachers who have signed on to tutor after their usual hours. 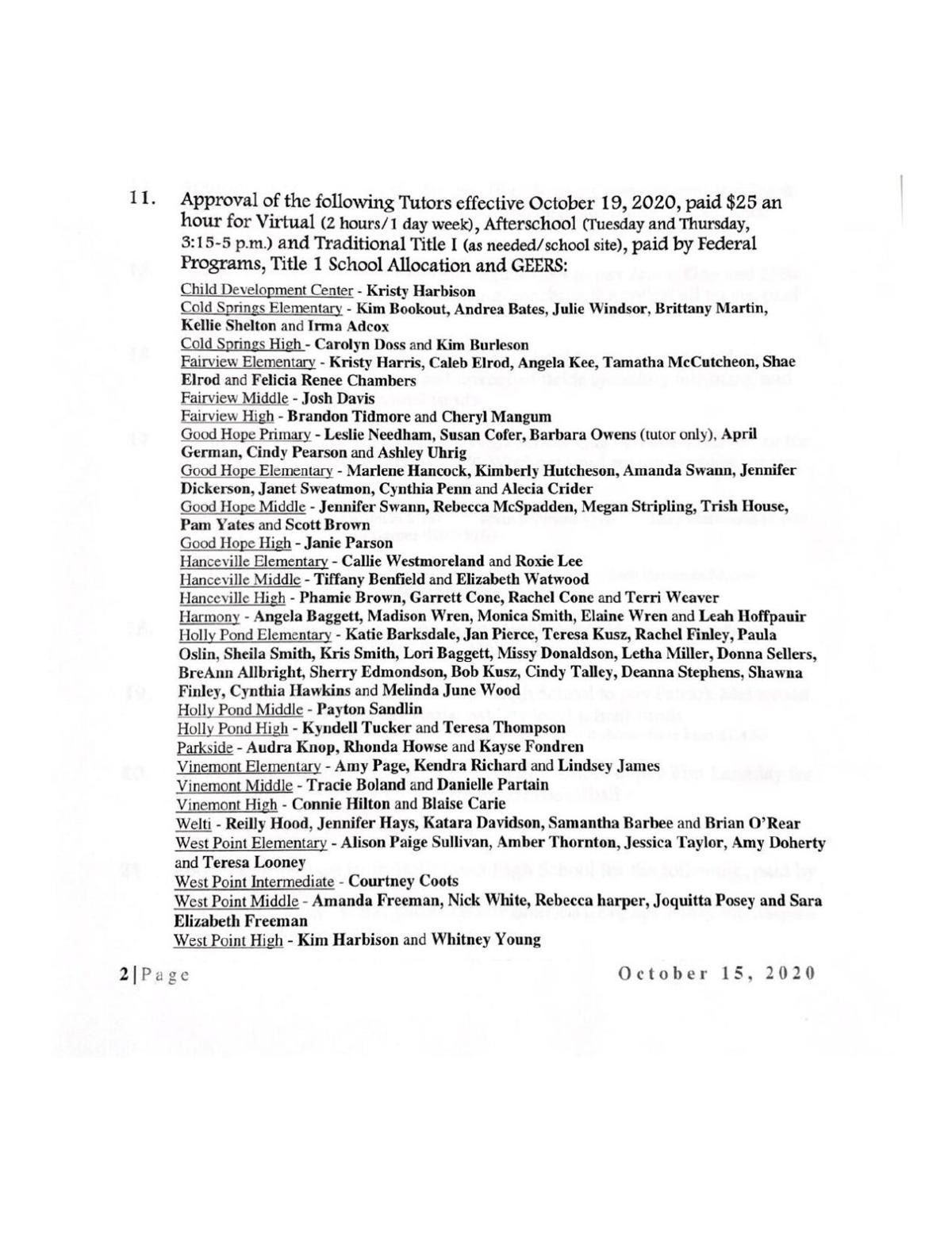 During the board's meeting, its members approved tutors at each of the county's schools be paid $25 per hour for additional after-hours tutoring, paid by Coronavirus Aid, Relief, and Economic Security Act funding and other federal sources.

Cullman County Schools Superintendent Shane Barnette said there was already money set aside to pay for the extra tutoring.

"A portion of the CARES Act was designated for after school tutoring just because they were afraid of kids getting behind," he said.

Cullman County Schools Superintendent Shane Barnette said there are students and parents who have been struggling with their virtual school over the first nine weeks of the year, so the tutors are meant to help them catch up to where they need to be.

"One of the things we ran into was parents needing help after hours," he said. "So we're paying some teachers to work after hours to deal with the issue."

Barnette also gave an update on the system's plans for returning to traditional five-day weeks, rather than the four-day schedule they have been operating on this school year. Currently, students who are attending school traditionally go to school on Mondays, Tuesday, Thursdays and Fridays, and work from home on Wednesdays.

The system made the schedule change to allow for deep cleanings of each school every Wednesday and to give teachers a day to work with the students who are attending school virtually for the semester, and for now, Barnette said schools will remain on that schedule.

He said there are around 1,000 students across the county who are attending school virtually, and he would like to see that number decrease before making the switch back to the five-day schedule.

"When more kids come back to traditional school, I think that's when we reevaluate that," he said. "Hopefully that'll be sooner than later."

Barnette said he has been speaking with the system's principals about finding a good number of returning traditional students to make the change back, and they have all told him that the teachers need still need the Wednesday to work with their virtual students.

After board member Heath Allbright asked if students are falling behind without their full five-day week, Barnette said he did not believe they were.

Students were already behind at the beginning of the year because of the early ending to the last school year, but many are using their Wednesdays to catch up on work that they might not have done otherwise, Barnette said.

Barnette also shared an update to the state's Toolkit for Reopening, which sets the COVID-19 guidelines that each school system must follow.

Since the beginning of the school year, the toolkit had required schools to quarantine and send home students who have any symptoms of COVID-19, along with every students who had been in close contact for 15 minutes or more, regardless of whether the original student tested positive for the virus.

Barnette said the state recently changed those guidelines to only sending the close-contact students home if the original student tests positive for COVID-19 or exhibits the symptom of losing their sense of taste or smell.