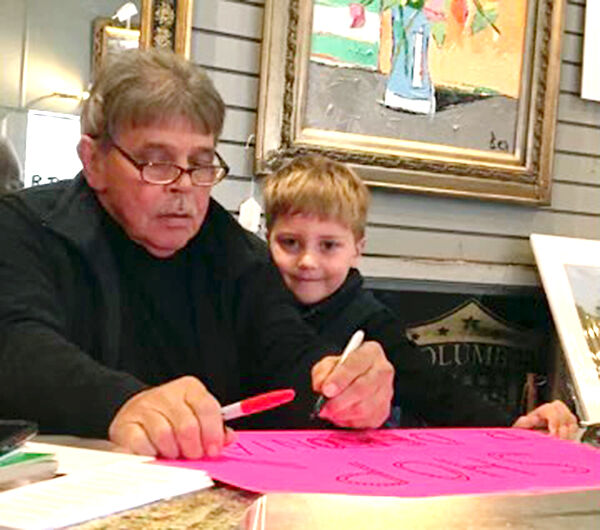 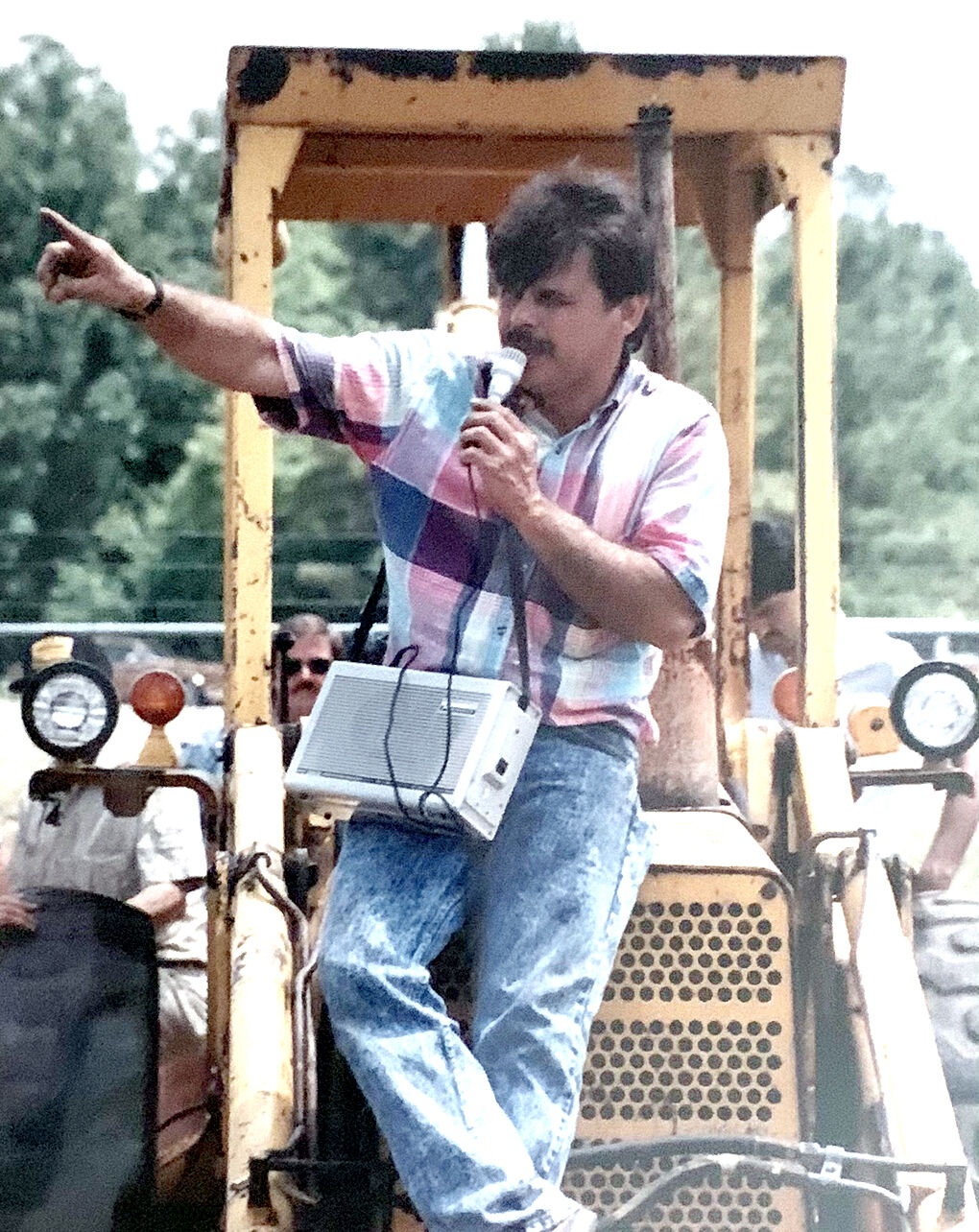 Ray DeMonia is seen showing off his auctioneering skills.

Ray DeMonia is seen showing off his auctioneering skills.

Ray DeMonia, whose auctioneering skills and showmanship separated people from their dollars for the benefit of several area fundraisers, died Sept. 1.

In his obituary, the family urges people to get vaccinated for COVID-19 in order to free up space at hospitals. They said Cullman Regional Medical Center doctors had to reach out for 43 hospitals in three states before finding one in Meridian, Miss., that could take him. “He would not want any other family to go through what his did,” the family says.

A Cullman native, DeMonia was well-known for his love and knowledge of antiques and his skill as an auctioneer. Owner of DeMonia’s Antiques and Auctions, he spent more than 40 years traveling the country for business and, within his hometown, he provided decades of auctioneering services for the benefit of the community.

“He had been a Hospice supporter for many years,” said Hospice Foundation Chair Nell Dunlap. “Ray was always willing to help with the Hospice drawdown and auction. His encouragement to cake bidders was famous. We would like extend our sympathy and prayers to Pat and the entire family.”

“Ray was more than just an auctioneer at our annual Rotary Auction,” said Cullman Rotary President Guy Caffey. “He was obviously interested in our success as he knew what it meant for our community and he played an important role. We will truly miss him.”

A 2011 profile of DeMonia in The Times described his style: “His showmanship makes for a fun day, watching him encourage, cajole and entice his audience is a thing of beauty. He knows his customers, and plays to them, eliciting moans and bursts of laughter at his antics. Often, during the course of the auction, he will stop and educate his buyers. ‘Look folks, this is genuine, period Chippendale, in perfect condition,’ he says, pointing out the attributes of the piece, turning it over to show how carefully crafted it is, or unique details such as the maker’s signature.”

DeMonia learned about antiques as a child, carrying on the tradition his father, Clifford DeMonia, began in the 1960s. He spent his childhood around antiques, restoring them, finding them and hauling them.

“I used to go around with my parents and my aunt and uncle when I was about thirteen,” DeMonia told The Times. “That was in the early ‘60s, my aunt was a retired school teacher who gave me a lot of books so that I would know what styles and periods I was looking at — she taught me to appreciate antiques.”

He would use that knowledge and appreciation throughout his life. He worked in his father’s Vinemont shop for 24 years, removing paint and varnish, giving new life to furniture that had seen better days. “Dad was a school inspector, part-time mail carrier, and was also in construction — restoring antiques started out as just a hobby for him,” he told The Times.

After high school, DeMonia went to work at Westinghouse in Cullman in the engineering department, but when he got laid-off he went into the trucking industry for several years. In 1972 he married his wife, Pat. “I had to indoctrinate her into antiques,” he laughed. “My dad offered us some furniture from his shop and when she saw the dining table in its unfinished condition she was appalled. I told her that it would be beautiful when I got through with it and here we are forty years later, still eating off that antique oak table.”

Later, DeMonia worked at Buddy’s Auction in Scant City, a well-known antique auction house for several decades. “When the economy got bad, I went back to what I knew — what I loved — antiques,” he said in The Times interview.

Along with his antique business and auctioneering, he managed estate sales and appraised pieces for insurance coverage. He once found a painting by Claude Monet in an estate sale. It sold at auction to a buyer in Huntsville. “Not many people can say they’ve held a Monet,” he told The Times.

He and Pat had one daughter, Raven, who learned antiques from him and worked alongside her parents growing up. She, and her son, Liam, who also worked in the shop on occasion, would get paid in antiques, said Raven.

A celebration of life will take place at a later date. In lieu of flowers the family requests donations be made to Cullman Rotary Club or Hospice of Cullman County.

COVID-19 deaths and cases in the U.S. have climbed back to levels not seen since last winter, wiping out months of progress.

Mrs. Odie Bell Davis, age 95, of Garden City, Alabama, passed away peacefully at home on October 09, 2021. She was preceded in death by her husband of 75 years, Harden Davis; daughter, Brenda Sue; her seven siblings; and many extended family members. She is survived by her daughter, Sherry D…