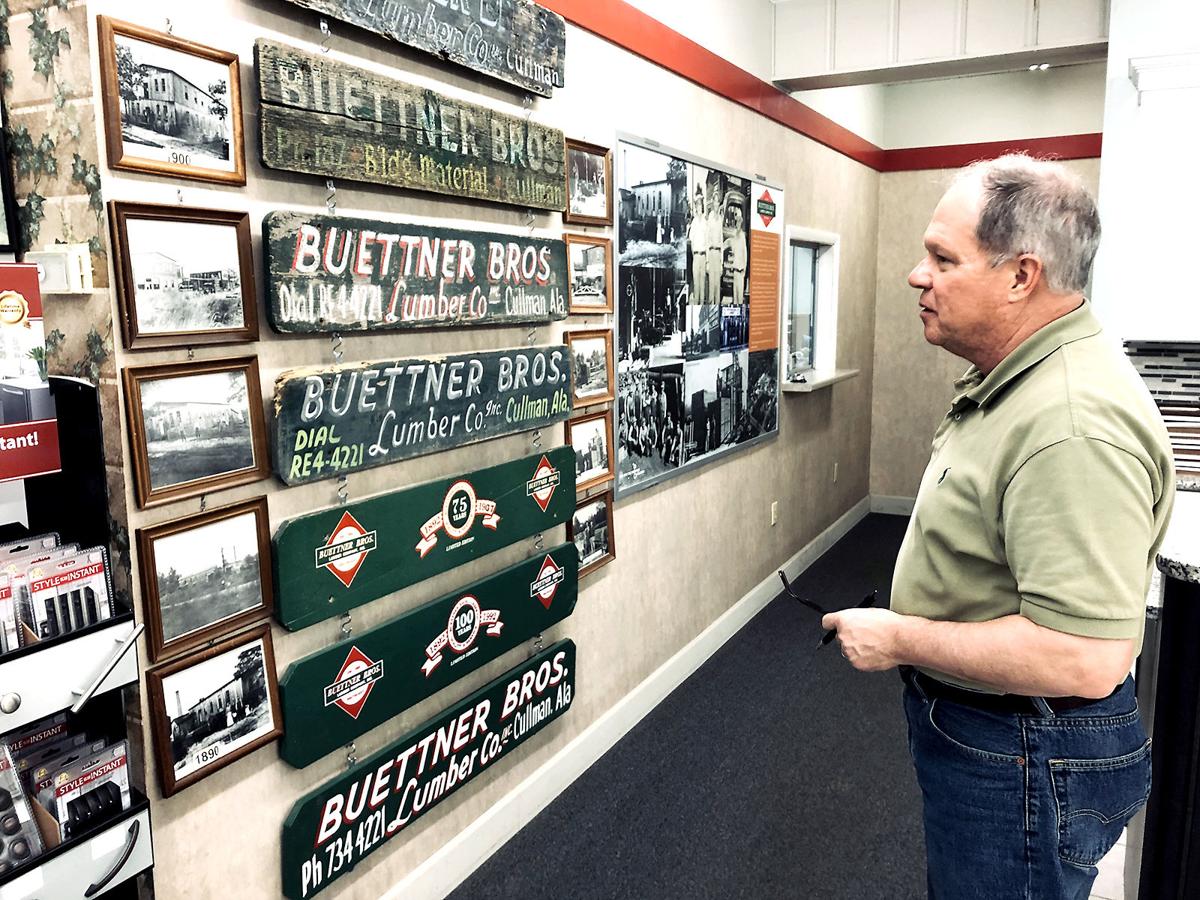 Jimmy Barnes, great-grandson of Hugo Buettner, looks over memorabilia of the 127-year history of the business, including the iconic green slats of the Buettner bench. 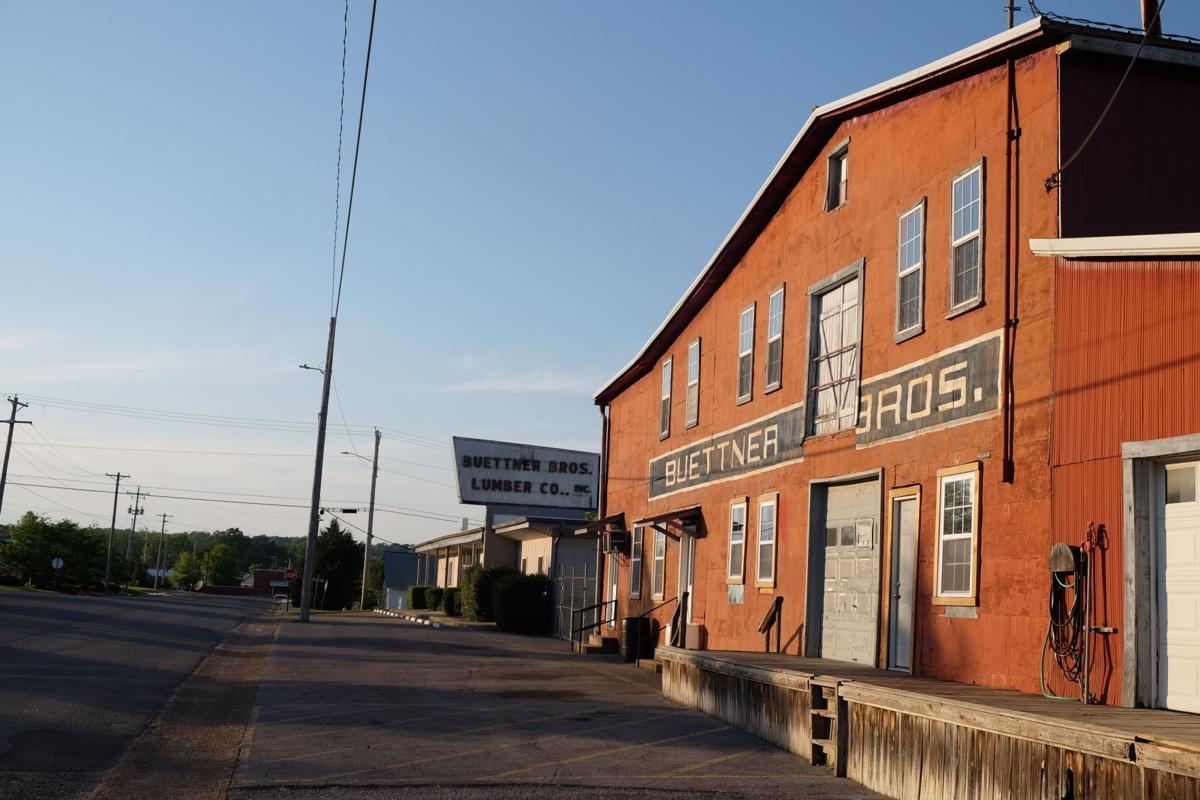 Buettner Brothers has been around almost as long as Cullman has been a place known by that name. 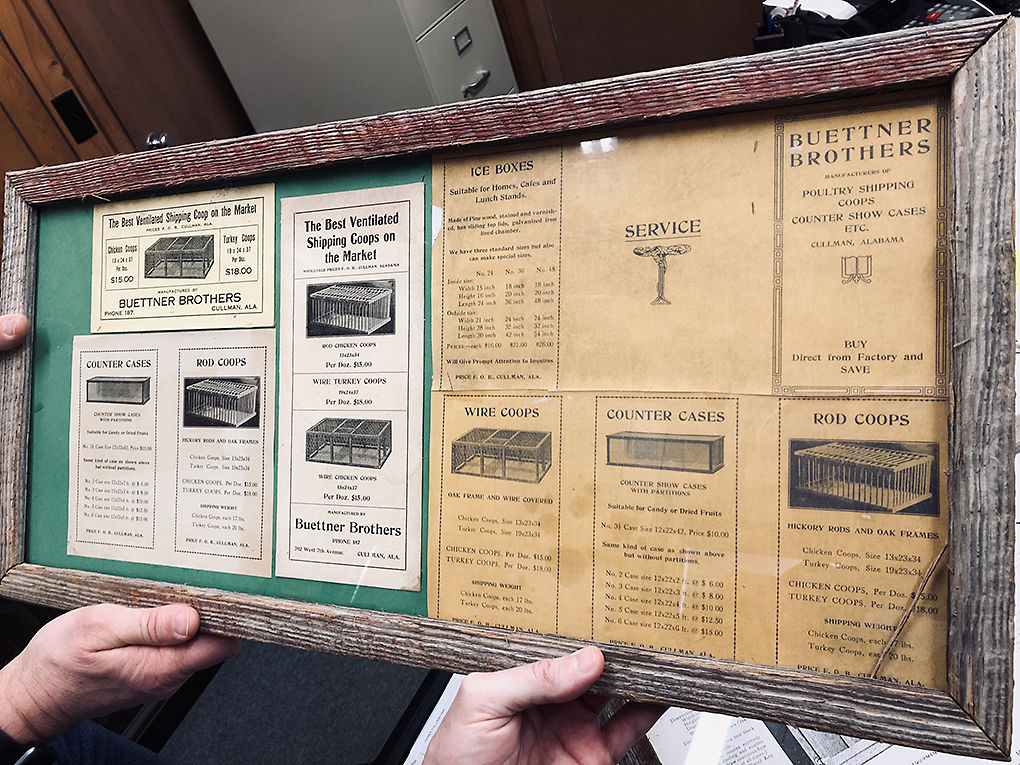 Old advertisements for Buettner built chicken and turkey coops are on display in the store.

Jimmy Barnes, great-grandson of Hugo Buettner, looks over memorabilia of the 127-year history of the business, including the iconic green slats of the Buettner bench.

Buettner Brothers has been around almost as long as Cullman has been a place known by that name.

Old advertisements for Buettner built chicken and turkey coops are on display in the store.

Simply mention the name Buettner Brothers around these parts, and the iconic Cullman business with some of the community’s deepest roots needs no further introduction. However, you’ll likely get a comment about the historic green benches still be found near and far.

Buettner Brothers has been around almost as long as Cullman has been a place known by that name. Founded in 1892 by Hugo Buettner during the wave of German migration that introduced this area to a flurry of industrious activity, the company has remained family-owned through four generations.

Located in what’s become one of Cullman’s quiet areas not too far from downtown, Buettner has never moved from its original location, and it’s watched the city grow up around it. Because of its neighborhood setting, the store, alongside the adjacent truss shop, retains a small-town hardware store feel that belies the true scope of its significance to the local construction trade.

The lumber shop’s big red facade, rising above nearby detached houses to face 7th Street Baptist Church across the street, has become a part of the Buettner brand.

But nothing conveys that brand more indelibly than those distinctive green, locally-famous Buettner Brothers benches, which for decades have adorned storefronts, sidewalks, roadsides, and even front porches in some of the unlikeliest of places throughout Cullman County.

“We still make the benches right here,” says Jimmy Barnes, great grandson of Hugo Buettner and company co-owner with business partner John McPhillips. “People come in the store; they can see the display wall where we’ve got all the different versions of the benches that we’ve produced over the years. We’re still turning them out.”

Buettner sends more than 200 benches each year out into the wild, carrying on a tradition first begun in 1942 — on a much smaller scale — by family friend and painter Troy McPherson. The benches’ hand-crafted origin story fits perfectly with the store’s reputation for the personal touch; for doing things by hand.

One of the first sights that greets visitors to the retail store is a remarkably detailed, track-capable model railroad engine — about six feet in length — built from the ground up by Herman Buettner, Jimmy’s grandfather.

Operated with steam power, the locomotive once ran along a track Herman laid near the back of the property; after his death in the 1980s, it was retired from duty and now welcomes store guests from its glass-encased perch near the front of the store.

“He was self-taught. He had a 6th grade education,” says Jimmy. “He just loved engineering, and he studied plans and figured out a way to make this thing all work. At one point it ended up at his house, where he’d built this elaborate, circular type of track that actually had a trestle. At its tallest point, that track was about 20 feet high.”

Among the names that have signified the local building trade through years — Mackentepe Hardware, N.C. Arnold & Sons, and even the now-defunct Western Auto chain — Buettner continues to mean more to longtime Cullman residents than simply a place to pick up some hardware.

“We’re one of the three or four oldest businesses in Cullman,” says Jimmy. “We run through four generations, and Richard Buettner, who a lot of people in Cullman know as part of that earlier generation, he’s still here. In fact, he’s probably down in the truss shop right now. We’re grateful to be so tied in with so many people’s memories, and I hope we’re still making new ones.”

Editor’s Note: This story first appeared in the Summer edition of Cullman Magazine. Pick up the Fall edition at The Cullman Times and select locations around town.

Helen Thompson, 73, of Addison, entered into rest July 14. Helen was born November 10, 1946 in Cullman. Visitation Friday, July 17 from 6-8 p.m. at Nichols Funeral Home Addison, where services will be Saturday at 11 a.m.

Graveside services for Charles Rutledge, age 94, of Cullman, will be on Wednesday, July 13, 2020 at Cullman City Cemetery. Charles Rutledge passed away on Saturday, July 11, 2020 at his residence. He was born January 23, 1926, to John and Lula Rutledge. He was preceded in death by his parent…