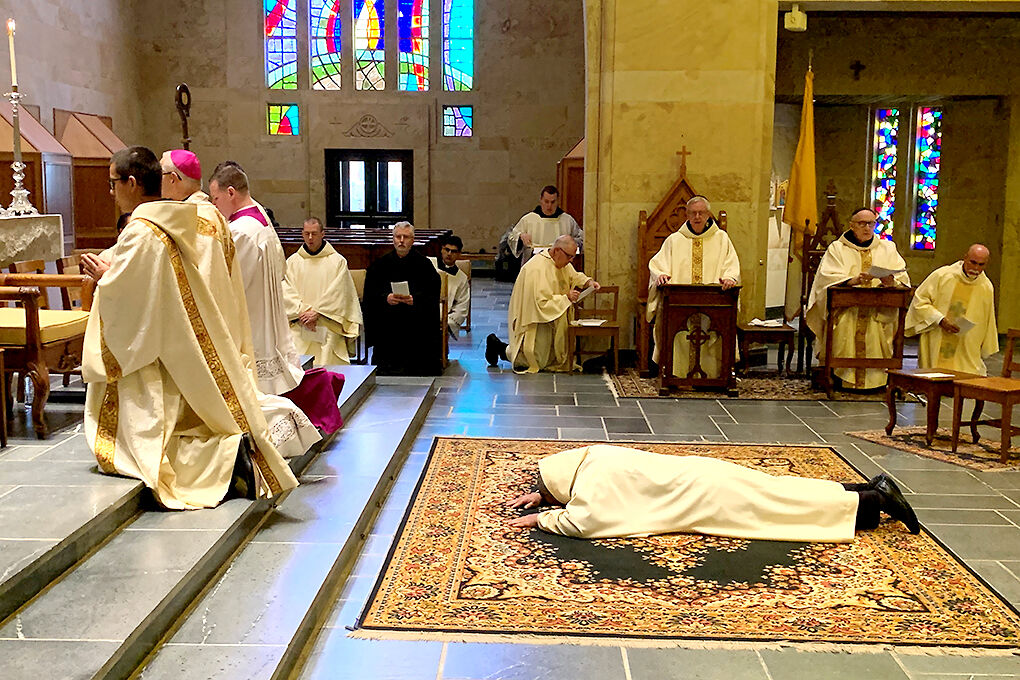 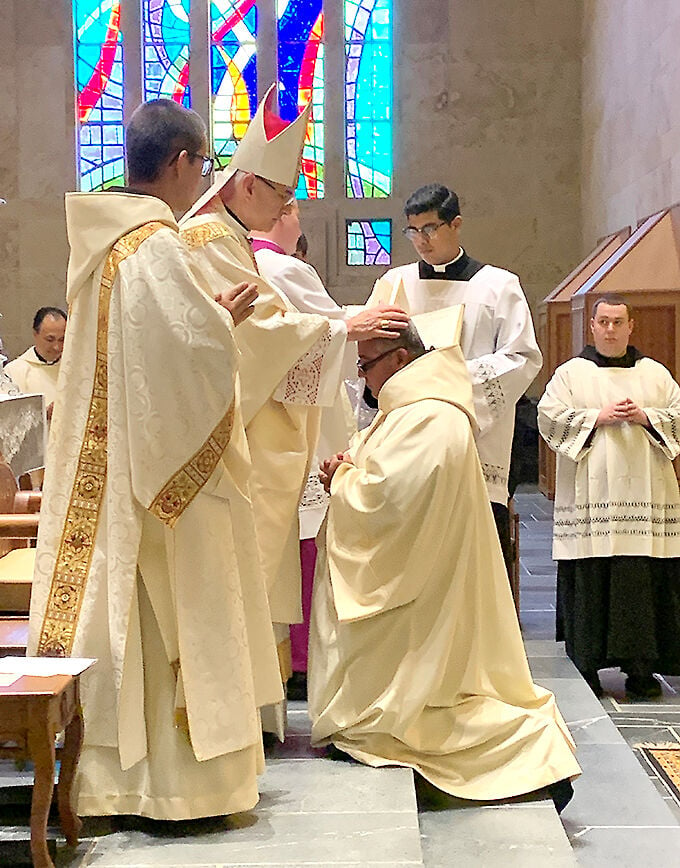 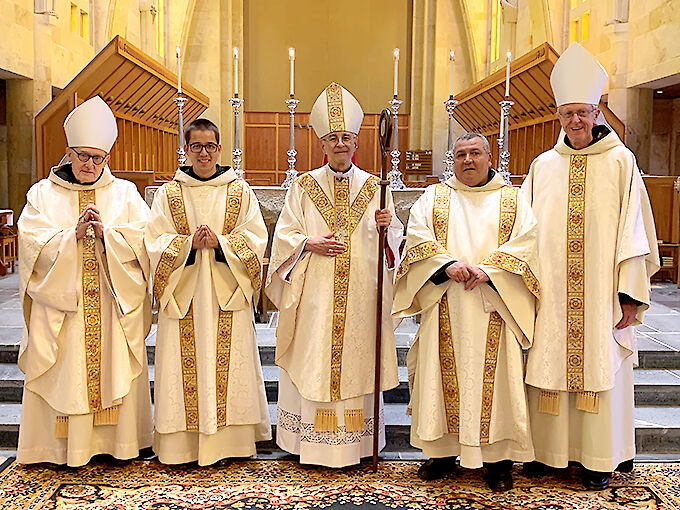 Brother Irenaeus Ceballos, O.S.B., was ordained a deacon at St. Bernard Abbey on Wednesday, June 30 by the Most Rev. Steven J. Raica, Bishop of Birmingham, at the recommendation of Abbot Marcus Voss, O.S.B., Abbot of St. Bernard Abbey.

Brother Irenaeus is a native of Buenos Aires, Colombia and has lived in the United States for more than 28 years. He earned his bachelor's degree in Philosophy from St. John Vianney College in Miami. Before joining St. Bernard, he spent time as a seminarian for the Palm Beach Diocese and spent two and a half years at St. Leo Abbey.

Irenaeus entered the postulancy at St. Bernard in January of 2013. After his novitiate, he professed his vows as a Benedictine on February 12, 2014. During his formation years, he has been responsible for a variety of jobs on campus including painting, general maintenance and grounds keeping. He became citizen in the United States in 2015.

Currently, Irenaeus is in the seminary at Seminario Nacional Cristo Sacerdote in Columbia to complete his studies toward his priestly ordination. While serving as a deacon he will be officiating at baptisms, marriages, and funeral services as well as assisting and preaching at Mass.