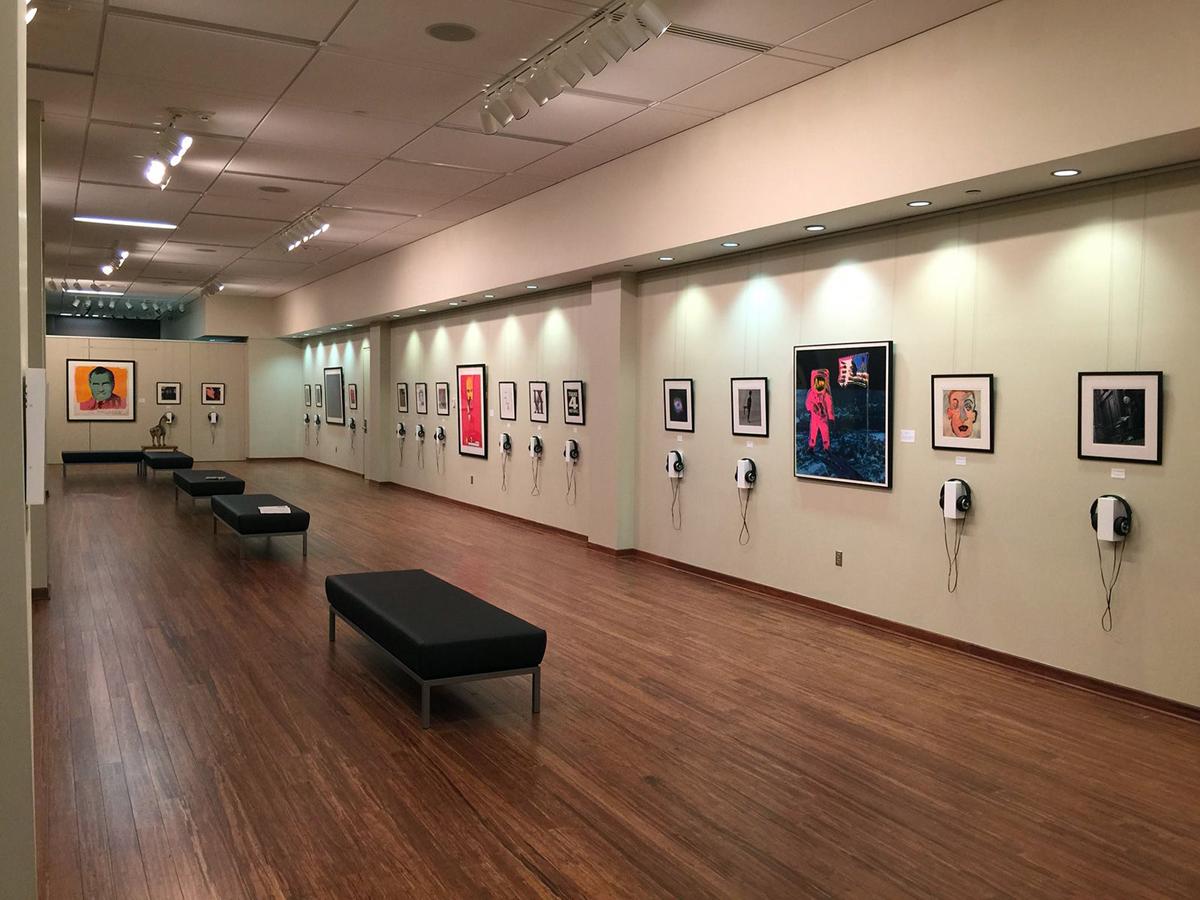 In a photo taken after hours, The Evelyn Burrow Museum’s exhibit “Fifteen Minutes Homage to Andy Warhol” is seen. Andy Warhol expert Seth Hopkins will offer a lecture and museum walk-through at an open house on Thursday at 6 p.m. The event is free and open to the public. 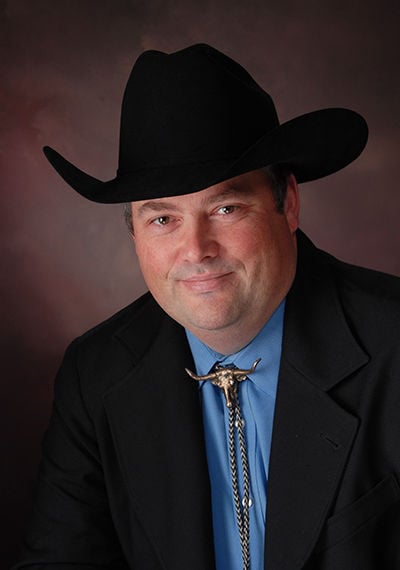 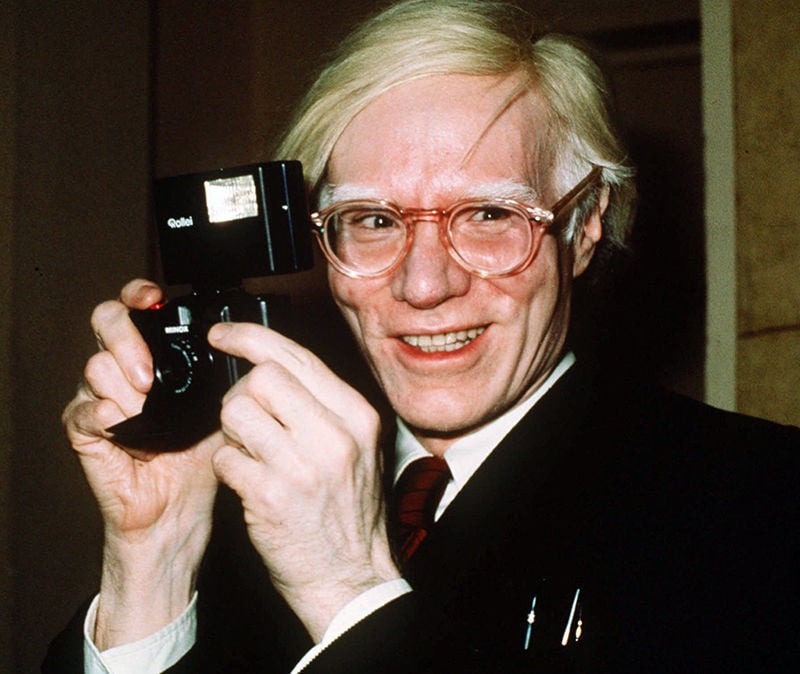 In a photo taken after hours, The Evelyn Burrow Museum’s exhibit “Fifteen Minutes Homage to Andy Warhol” is seen. Andy Warhol expert Seth Hopkins will offer a lecture and museum walk-through at an open house on Thursday at 6 p.m. The event is free and open to the public.

The Evelyn Burrow Museum at Wallace State Community College is pleased to announce it will host a talk by Warhol expert Seth Hopkins at 6 p.m. on Thursday with an accompanying open house for the exhibition, “Fifteen Minutes: Homage to Andy Warhol” from 5 p.m. to 7 p.m. that evening.

“We are extremely excited to have Mr. Hopkins speak at the museum on a subject in which he is so well-versed,” said Kristen Holmes of The Evelyn Burrow Museum. “Anyone who attends the event will walk away with a bit more knowledge about and appreciation for one of America’s most iconic artists, Andy Warhol.”

Since 2003, Hopkins has also served as the Executive Director of Georgia Museums, Inc., which operates the Booth Museum, Bartow History Museum, and Tellus-Northwest Georgia Science Museum. Prior to entering the museum profession, Hopkins worked in the fields of journalism, public relations, and telecommunications management.

Under his guidance, the Booth Museum grew from an initial vision of a 30,000-square-foot regional art center, to a world-class, 120,000-square-foot Smithsonian Affiliated museum. The Booth Museum is now the largest permanent exhibition space for Western art in the country. Similarly, Hopkins led the team that transformed the 10,000- square-foot Weinman Mineral Museum into the 125,000-square-foot Tellus Science Museum, also a Smithsonian Affiliate. Southwest Art Magazine included Hopkins on its list of 10 prominent people who are “making noteworthy contributions to the art world.”

He received a master’s degree in Museum Studies from the University of Oklahoma in 2005. While at OU he completed his Master’s Thesis: Andy Warhol Played Cowboys and Indians, under the direction of faculty advisor Byron Price. Among the nearly 100 exhibitions Hopkins has curated or co-curated are Ansel Adams: Before and After, Blazing the Trail: 50 Years of the Cowboy Artists of America, Selling the Sizzle: The Art of Movie Posters and American Spirit Remembered: The Art of Mort Kuntsler.

Hopkins twice served as a juror for the annual Arts for the Parks exhibition in Jackson Hole, Wyoming, and has also judged the annual Cowboy Artists of America Show and Sale in Phoenix, Arizona and the Coors Western Art Sale in Denver, Colorado. He has had articles published in American Art Review, Western Art Collector, and Persimmon Hill. In 2010, he was honored with the prestigious Flourish Award, given annually to a leader who has helped the arts flourish in Georgia. He recently served a two-year term as President of the Museums West Consortium, a group including the 15 largest and most important Western museums.

Hopkins is a native of Dexter, Maine, and currently resides in Cartersville, Ga., with his wife Joyce, son Stephen, step-son Alex, step-daughter Ansley and daughter Hadley.

“Fifteen Minutes Homage to Andy Warhol” will be on exhibit through the end of October. Admission to the Evelyn Burrow Museum is free, and the museum is open Tuesday through Friday, 9 a.m. to 5 p.m., and Saturday, 10 a.m. to 2 p.m. For more information about the museum, visit www.burrowmuseum.org or call 256-352-8457.

Gary Hill Cobb, 67, died suddenly at his home in Cullman on July 31, 2021. He was born in Cullman on May 29, 1954. He had been beset by a number of chronic physical problems over the years. A graduate of the University of North Alabama, Gary had graduate degrees from UAB and UAH. He was prec…

Funeral Service for Nadine Eady Page, 92, of Crane Hill, Alabama, will be 12 p.m., Saturday, July 31, 2021 at Mt. Hope Baptist Church, Crane Hill, Alabama. Visitation will be 10 a.m. to 12 p.m. prior to service. The interment will follow in the adjoining cemetery. Rev. Gary Gates will offici…