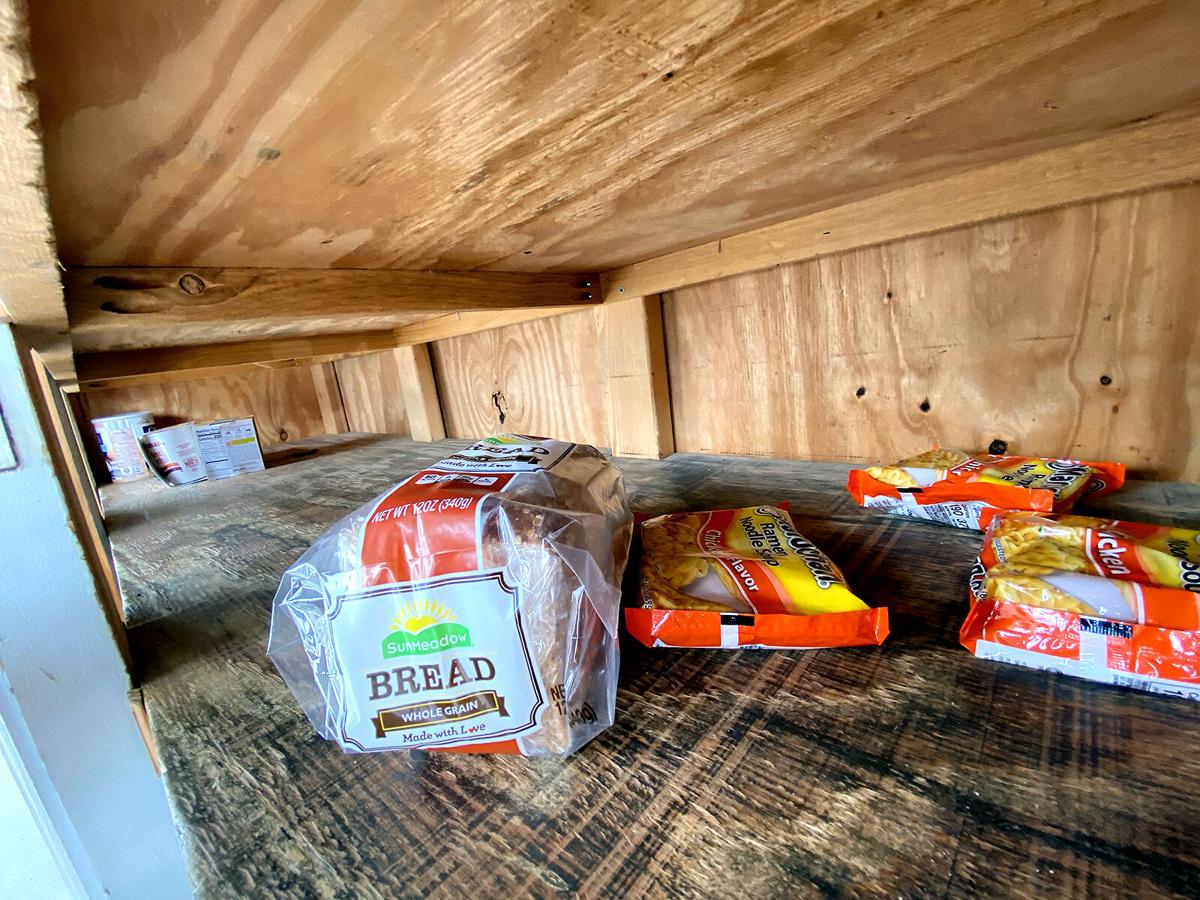 The little pantry next to the Mary Carter Paint Store is seen almost empty Tuesday afternoon. 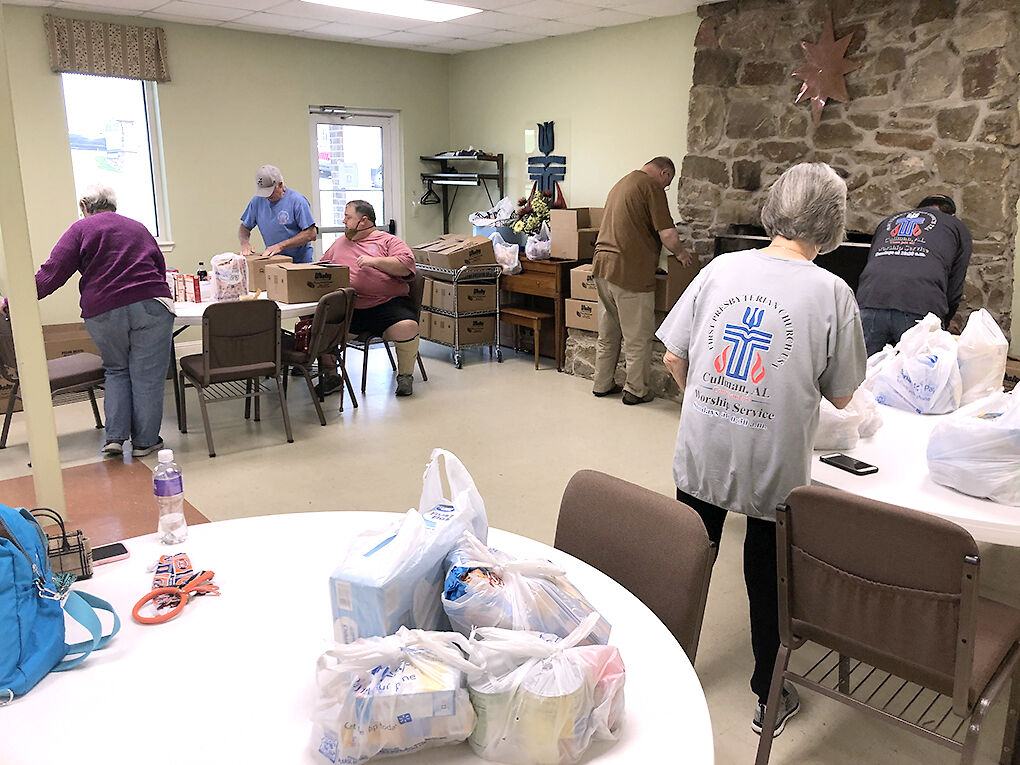 Members of First Presbyterian Church in Cullman pack up Easter dinner boxes that were given away Tuesday afternoon.

The little pantry next to the Mary Carter Paint Store is seen almost empty Tuesday afternoon.

Members of First Presbyterian Church in Cullman pack up Easter dinner boxes that were given away Tuesday afternoon.

The number of families experiencing food insecurity - the lack of enough food due to limited financial resources - rose during the pandemic and will likely take a while to go down, according to one national group.

According to Feeding America, the nation’s largest hunger relief organization, it’s expected that 42 million people, including 13 million children, will suffer from food insecurity in 2021. This is an improvement from 2020 levels, when 45 million people and 15 million children were expected to experience a lack of food. In 2019, families in the United States had the lowest rate of food insecurity, 10.5 percent, since the 2008 recession, according to the United States Department of Agriculture (USDA).

Layoffs, reduced work hours and employees having to make tough choices regarding their health and income, combined with low wage jobs and schools being closed created an environment where more families did not have adequate food, said Feeding America.

Typically, recovery from food insecurity lags behind economic recovery. “While we’ve seen small improvements to the economy, millions of people continue to be unemployed. Many families dealing with job loss or pay cuts may use money from their savings or retirement accounts to pay their bills - leaving them with an even less secure financial future,” the organization said in a blog post.

Javon Daniels at Cullman Caring for Kids said locally the number of people they served each month varied in 2020. “We had months that we had high numbers and months we had low numbers,” he said. “Part of that was people were getting the stimulus check and maybe didn’t need us at that time.”

Cullman Caring for Kids served almost 7,000 families in 2020, a little above average, he said.

He said they’re seeing more people now, particularly elderly individuals who previously were afraid to get out because of the virus and because they lacked transportation as CARTS buses operations were limited.

Also helping to fill the food gap was the USDA’s Farm to Families Food Box program. So far, more than 152 million boxes of food have been delivered to families nationwide.

Daniels said Cullman Caring for Kids received some produce through the program from the Agriplex and Daystar Church. “The Farm to Family program was incredible because we were getting produce from other parts of the country . . . stuff that we normally don’t have,” he said.

While donations to Cullman Caring for Kids were down in 2020, Daniels said the community still stepped up.

Publix, Walmart and Warehouse Discount Foods, along with numerous churches and groups held food drives to benefit Cullman Caring for Kids. Employees from the Walmart Distribution Center and Cullman Fire Department also used their equipment to help sanitize the facility. Eventually the organization received a grant for its own disinfecting fogger.

Other groups and individuals are also doing what they can to fill the need. On Tuesday, the First Presbyterian Church of Cullman was giving away food boxes with items donated by church members. Scheduled from 2 - 4 p.m., the 32 boxes were gone in less than an hour.

It was the third time the church has provided food boxes for the community - they did so at Thanksgiving and Christmas as well - and they are considering doing so again for July 4.

Daniels said the shelves at Cullman Caring for Kids are filling up again, thanks in no small part to the generosity of Cullman County residents.

“It is awesome what this community does,” said Daniels. “I have never been around a group of people that care as much for those who are less fortunate and those that are in need. Cullman really takes care of it’s own.”

Graveside Service for Harold Dean Barnett, age 67, of Falkville, will be at 1 p.m. on Friday, April 16, 2021, at Ebenezer Cemetery. Cullman Heritage Funeral Home is in charge of arrangements. Mr. Barnett passed away peacefully on Sunday, April 11, 2021, at his residence surrounded by his fam…

Robert Bruce Richardson, age 78, of Cullman, passed away on Saturday, April 10, 2021 at Cullman Regional. He was born on June 16, 1942 in Cullman, Ala. to Raymond and Bessie Mae Richardson. He was preceded in death by his parents, three brothers, and three sisters. Survivors include his daug…