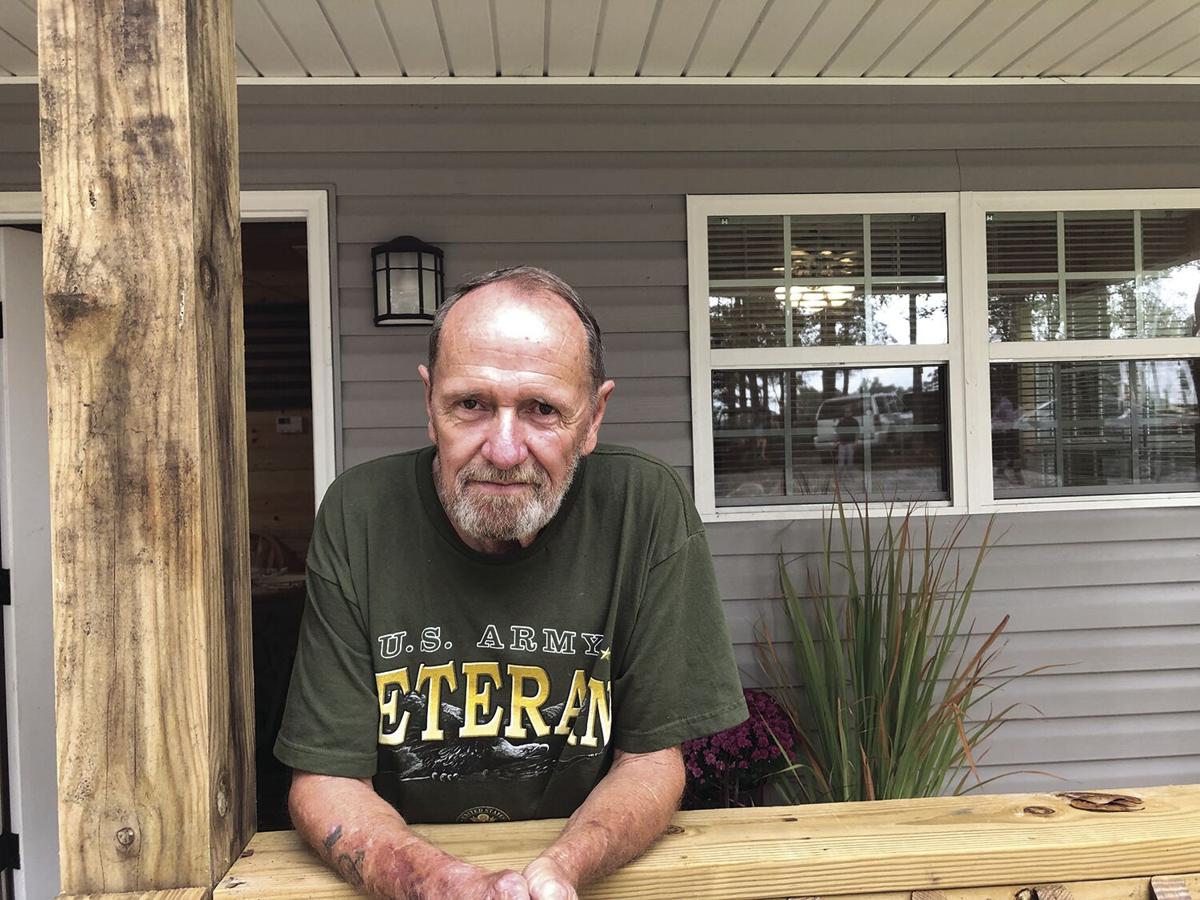 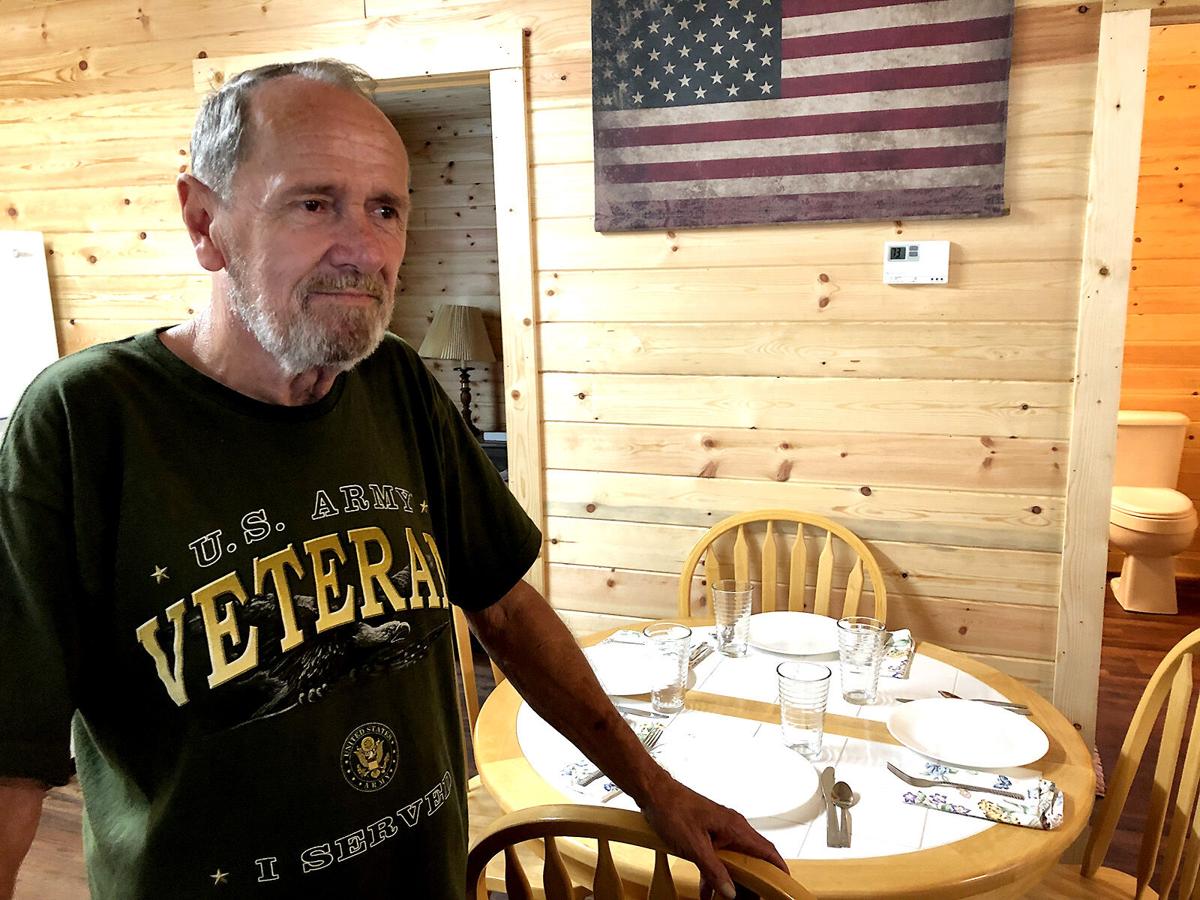 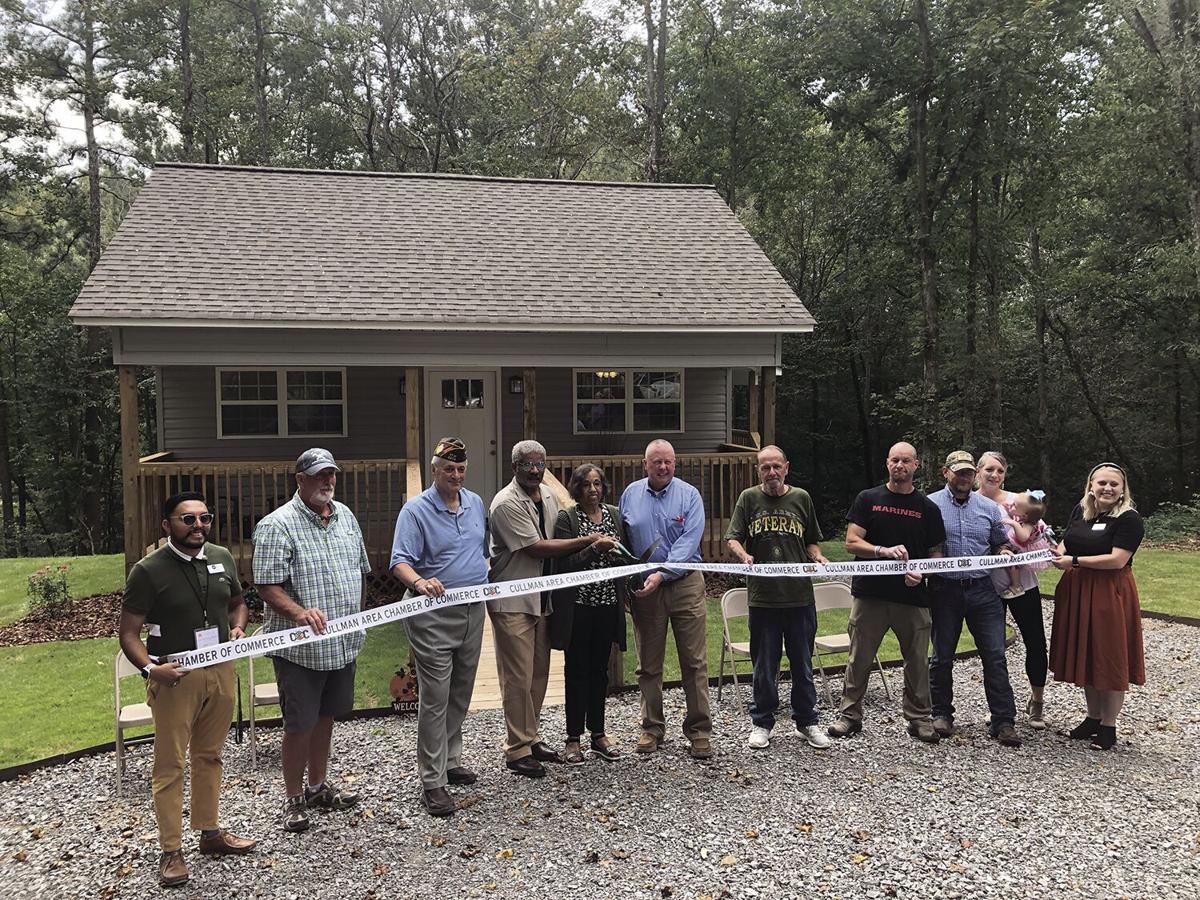 Local officials gather with veteran Clinton Baker to cut the ribbon on the first finished house for Connie’s Cottages. 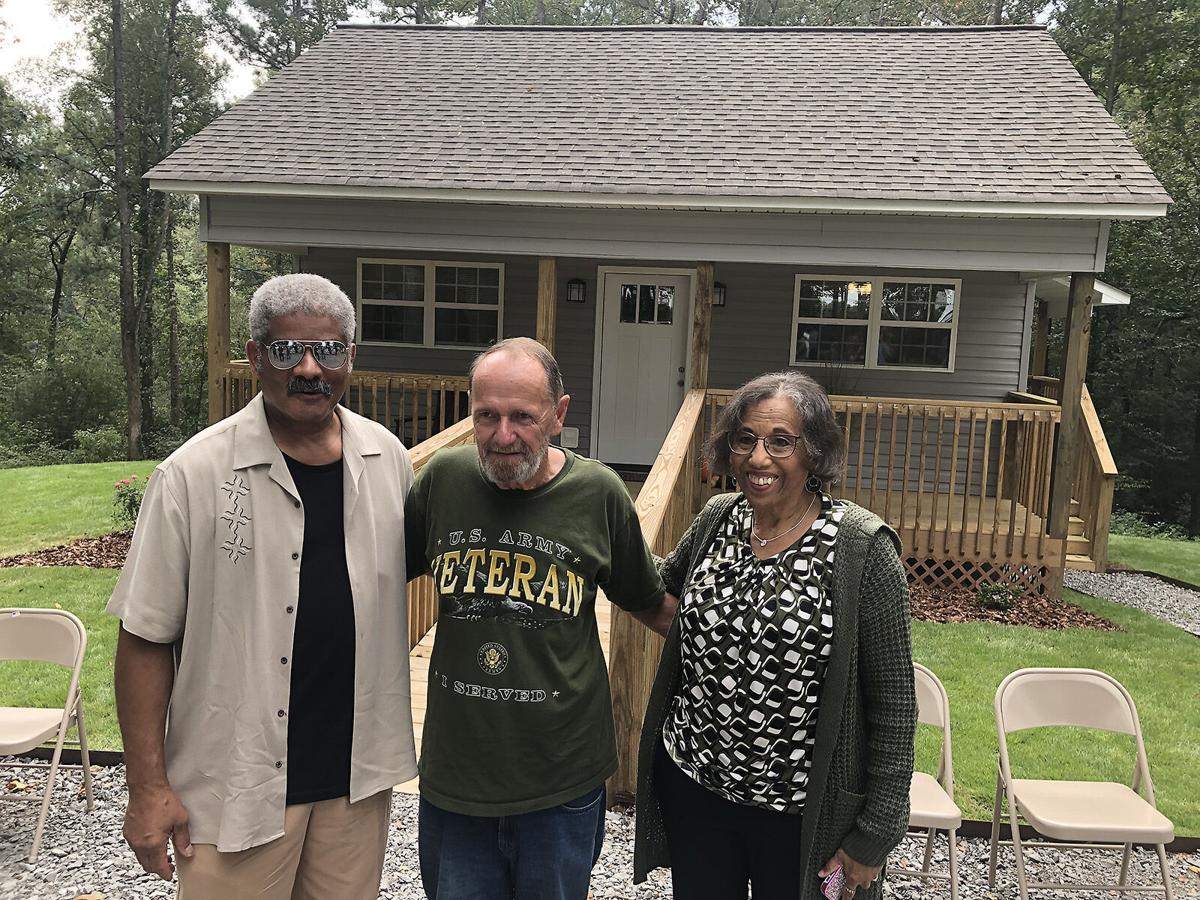 Local officials gather with veteran Clinton Baker to cut the ribbon on the first finished house for Connie’s Cottages.

Clinton Baker has a new place to call home — and he doesn’t mind that there aren’t any neighbors (yet).

“I like it this way,” confessed Baker, a disabled Army veteran who officially accepted the keys to his new Crane Hill residence last week. “It may be out in the middle of nowhere, but that’s how I like it.”

Sited on a wooded slope off the beaten trail near Crane Hill, Baker’s tidy new 2-bedroom cottage — the first of several veteran accommodations planned for the Connie’s Cottages community — is the fruit of three years’ worth of planning, coordinating, and patiently waiting out a pandemic.

Conceived by Irv Jones, a California native looking for a way to offer meaningful assistance to veterans in need, the project is named in honor of his wife — herself victorious over multiple bouts of cancer. The couple discovered the location several years back while visiting Cullman County during Irv’s search for a small airplane to buy, and he knew it was the right spot to carry out a mission on which he’d felt compelled, for a long time, to embark.

“We have family who are veterans,” he said. “Many years ago, we were discussing a way to honor them. We happened to come across this land about three years ago…and we knew that this is the place.

“Housing problems are ubiquitous,” he added, explaining how he determined to find the right volunteer role to play on behalf of service members. “It’s nationwide. Well, we can’t address nationwide issues; we can only address what we can address. And this is a place that we are using to address a need for our veterans.”

Long-term plans call for Baker to eventually have some nearby company, though he’ll still have plenty of room to himself on the rural property’s sprawling, tree-lined grounds. There’s enough space to build at least seven freestanding cottages at the site, each a small but very cozy turnkey home where a veteran — or even a veteran couple — can negotiate a substantially reduced and subsidized monthly rent though The Link of Cullman County.

Community partnerships are what took the project from concept to reality, and the list of local supporters who helped Baker, a former Army sergeant who’s endured his share of health issues through the years, is a long one.

Members of Cullman’s VFW Post 2214 took point on a number of details, with the Auxiliary handling the interior touches as local Marine veteran Sean Schofield handled the landscaping outside. Col. Ken Brown, a longtime veteran active in numerous volunteer projects, alongside VFW Commander Brian Monk, played key roles throughout the project’s evolution to open lines of communication between Jones and local donors.

In other words, raising the flag over Connie’s Cottages marked a major milestone for a service project that’s required a ton of effort and good will behind the scenes — and it’s only getting started.

“We didn’t really know how was going to play out until we got into it,” said Monk. “But now look at it. From the beginning, Irv’s heart was in this; our heart was in it, and now we want to see this to the end. When you start something like this, you want to finish it.”

For Baker — who at one point faced the very real possibility of being homeless — the hard part’s already over with. That, said Jones, is just as it should be.

“Why should our veterans go fight a war, and then come back here and not be able to find affordable housing?” he said. “As we looked for a way to begin this, Connie and I said to each other, ‘Where’s our niche? Where’s that piece where we can involve ourselves that can help those who have gone abroad, to keep the battle there so the battle’s not here?’ And this became our niche.”

“It’s beautiful,” said Baker, looking over the serene landscape from his new front porch. “I don’t have words. I’m grateful. It’s a blessing, what they’ve done for me.”