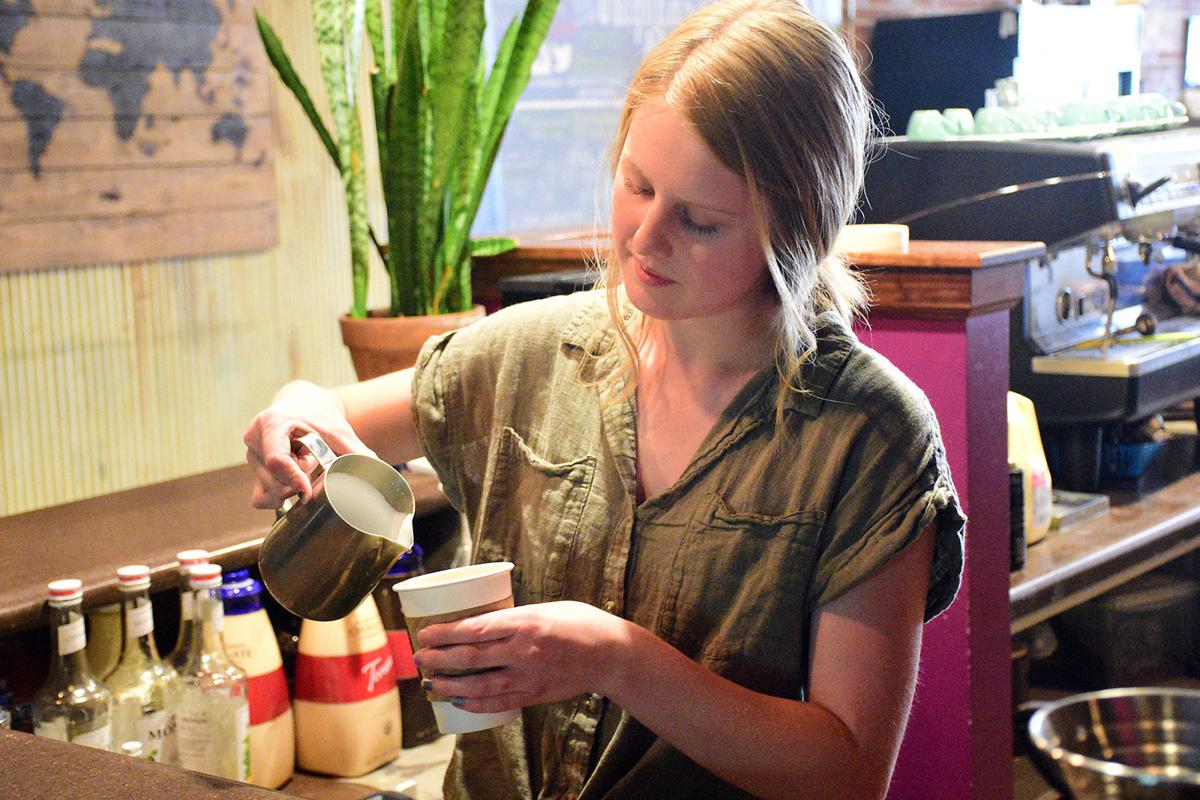 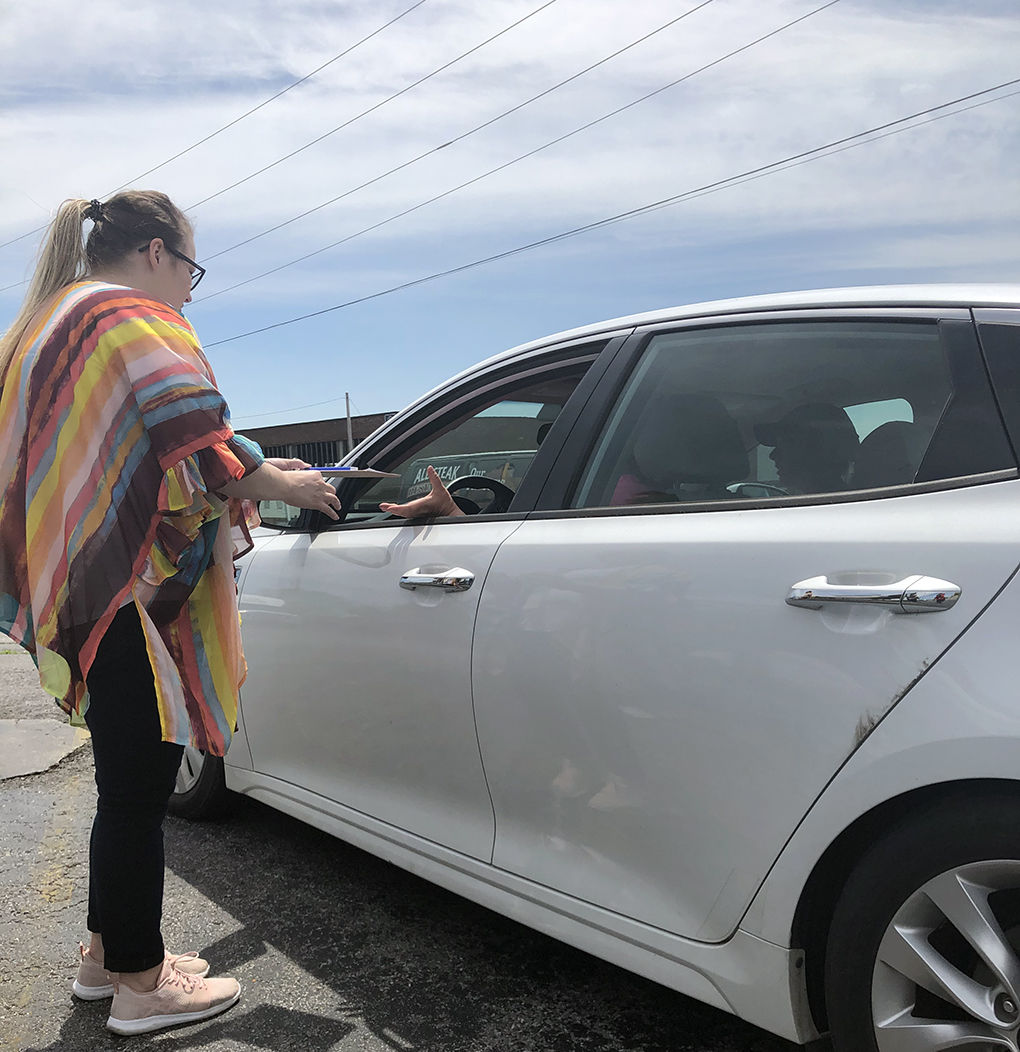 All Steak owner Dyron Powell misses serving food to people. As a restauranteur, it’s part of his DNA to serve food to others. So news that Alabama may soon allow restaurants to reopen was welcome news, indeed.

“I’m super excited to get back to it,” he said Friday, while holding the restaurant’s first ever curbside market across the street from the restaurant.

And he thinks customers, too, are ready to go back to restaurants. “We’re Americans, we’re engineered for social,” he said. “From the beginning of time people gather around the table. I think people love to go out. It’s great to be home, but people love the dining experience. And you’ll see that because they don’t love curbside.”

Local food establishments that have kept their doors open through the pandemic have had to make major adjustments to comply with public health guidelines, while being sure customers know that they’re still up and running.

Karma’s Coffee House owner Katie Fine says her business began offering contact-free delivery, online ordering, and curbside pickup as a way to accommodate customers in the wake of Alabama Gov. Kay Ivey’s stay-home order last month. And though the pandemic has affected Karma’s customer traffic as it has most other restaurants, she adds that keeping the doors open with a pared-down staff, in hindsight, was the right call.

“It has been worth it, overall,” she said Friday. “Things were bad at first, but then we saw that it was going to be okay. I wouldn’t say our traffic has been steady, but it’s definitely begun to pick up, especially in the past week. I know that people want to get out again.”

The governor’s just-revealed plan to begin reopening restaurants and other close-contact businesses calls for some pretty big, out-of-the-ordinary changes to the way most food service places operate in normal times. Phase 1 of the plan calls for occupancy to remain beneath 50 percent of the fire marshall’s rating (or eight people per 1,000 square feet, if that creates less density); as well as calls for employees to wear personal protective equipment at all times, and for customers to have access to hand sanitizer the moment they walk through the door.

Fine says Karma’s will comply with any and all of the governor’s requirements, though it’ll mean overcoming tight supply lines and a few logistical kinks.

“Hand sanitizer has been extremely hard to get, both at retail and through our supplier. We also have ordered masks for our employees through a local manufacturer, though we have not received them yet,” said Fine, who cleared the coffee house of furniture and customer seating weeks ago to encourage social distancing. “I have confidence that the public is going to socially distance themselves as everyone begins to get back out and do things.”

At the All Steak, Powell said he’d already heard that the governor’s task force led by Lt. Governor Will Ainsworth was recommending that some businesses, including restaurants and retail stores, could be open to the public “immediately.” The task force suggested medical services, entertainment venues and beaches could reopen on May 1.

The task force presented its recommendations to Gov. Ivey on Friday. She has said she and State Health Officer Dr. Scott Harris will consider the plan alongside medical experts’ recommendations and will issue a new emergency order “on or before April 28.”

“Our report provides an effective roadmap for safely reopening businesses, restoring commerce, and recharging Alabama’s economy while, at the same time, protecting the public health,” Ainsworth said. “It allows stores, restaurants, entertainment venues and businesses of all sizes to once again open their doors because when it comes to restarting our economy and putting people back to work, every business is an essential business.”

Cullman state Senator Garlan Gudger served on the task force, gathering information from businesses related to agriculture, poultry, real estate and event venues. He sent out a survey to members of those industries and received 250 responses in 24 hours. The survey has now been sent to all Cullman businesses for more feedback.

Gudger had said the task force’s recommendations would not be “one-size-fits-all,” but would take into consideration types of businesses, the regions they operate in, number of employees, number of customers and other factors.

“We’re trying to find a common sense, business approach to what makes sense on restarting this economy,” he said.

The plan laid out by the subcommittee includes guidelines for distance requirements, cleaning and sanitizing and use of personal protection equipment, like masks and gloves, for employees.

Restaurants, for example, would have to space tables six feet apart and limit seating to six people per table.

“It all makes sense,” said Powell. He said with All Steak’s 400 square feet, it will be easy for them to spread tables out.

“Restaurants have such a high bar for the health department and being clean already,” he added. He said they plan on switching to paper menus so they can be disposed of instead of sanitizing them after every use.

Other recommendations in the report include eliminating “walk-in” appointments for hair salons, nail salons and tattoo parlors; temperature screenings for employees; and, in some cases limiting the use of cash as a form of payment.

Cullman Mayor Woody Jacobs addressed the report in a video Friday. “I agree whole-heartedly with the lieutenant governor’s statement, ‘smaller groups, smaller risk,’” he said. “While we are eager to get the economy going again, we must make sure the appropriate safeguards are in place and continue to implement the new age of social distancing.”

Standing out in sunshine Friday, handing over bulk packages of restaurant-quality hamburger meat, chicken wings and chicken breasts from Evans Farms and bottles of the All Steak’s house wines to customers who pre-ordered, Powell said he’s eager to get back in the restaurant.

But he may make the curbside market a new tradition. “I’m thinking, is this something people will be interested in maybe once a month?” he said. “On a Sunday afternoon, do you come out here?”