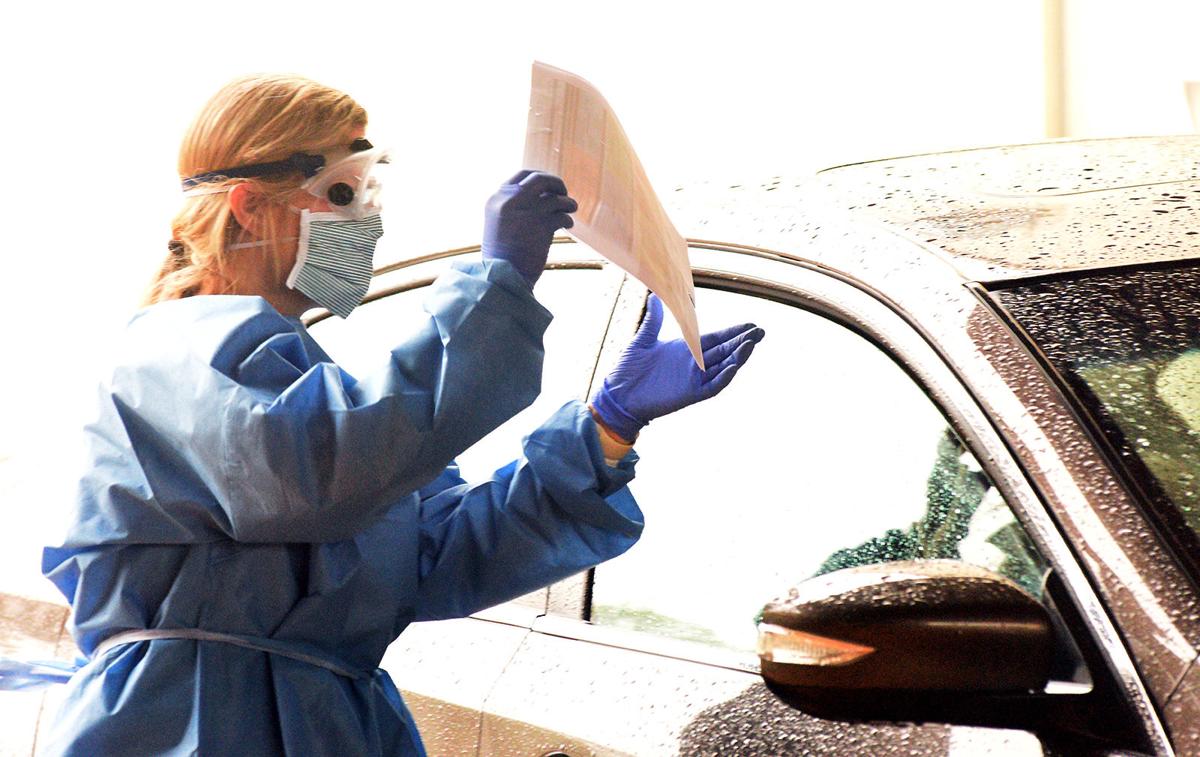 A health care worker takes paperwork given to them through a crack in the passenger side window of a car during a drive-thru COVID-19 test in Cullman Friday, March 20. 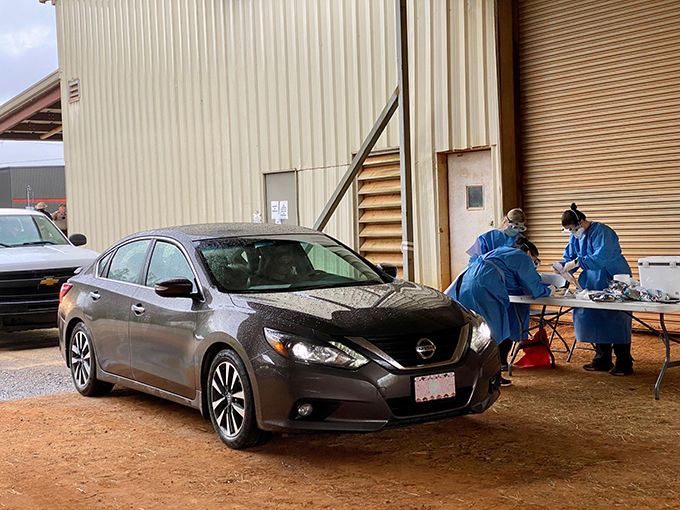 A health care worker takes paperwork given to them through a crack in the passenger side window of a car during a drive-thru COVID-19 test in Cullman Friday, March 20.

People who believe they may have contracted COVID-19 now have a second option for testing in Cullman. Dr. Jeremy Stidham opened up a drive-thru testing site at the Cullman County Agricultural Trade Center.

Stidham said they will be testing every day beginning at around 8:30 a.m. and going until the tests run out. The number of tests available each day will vary, he said.

On Friday morning, the first day of testing, around 20 vehicles had pulled through the clinic by 10 a.m. The test process is the same as getting tested for the flu, with a long swab being placed up both nostrils to get samples. The samples are then sent to a private lab in Trussville. Stidham said it would take five to seven days for test results to come back.

Stidham said he decided to start the drive-thru clinic based on patient demand. “I got a dozen phone calls from people who felt they’d been exposed and had no other way of getting tested,” he said.

Cullman Regional is testing for the virus based on doctor referrals. Patients who believe they have COVID-19 are asked to call their doctors first. Doctors then pre-screen the patients and determine if they need a test. The physicians then complete a form on-line with the Alabama Department of Public Health to get approval for the test. Once approval is given, Cullman Regional then schedules the patient for testing. The testing takes place behind the Urgent Care Monday-Friday from 10 a.m. to 2 p.m.

The drive-thru clinic does not pre-screen patients prior to testing. Stidham said they are not legally allowed to assess a person’s health, so the testing is available to anyone who wants it. The cost of testing is $50 for people covered by health insurance and $175 for those who don’t have health insurance.

As of Friday morning 81 cases of COVID-19 had been confirmed in Alabama. There are no confirmed cases from Cullman County.

Billy Ray Shoemaker Jr. of Cullman passed away March 31, 2020 at the age of 47. A memorial service will be announced at a later date. Please send condolences to the family at mossservicefh.com

Private graveside service for Cheryl Ann Taylor, age 62, of Falkville, will be at 11 a.m. on Saturday, April 4, 2020, at Mt. Carmel Cemetery. Cullman Heritage Funeral Home is in charge of arrangements. Mrs. Taylor passed away on Wednesday, April 1, 2020, at her residence. She was born Januar…

Private graveside services for Billy R. Hamrick, age 38, of Crane Hill, will be at 1 p.m. on Friday, April 3, 2020, at Good Hope Cemetery. Cullman Heritage Funeral Home is in charge of arrangements. Mr. Hamrick passed away on Sunday, March 29, 2020, at UAB Hospital. He was born Sunday, Augus…